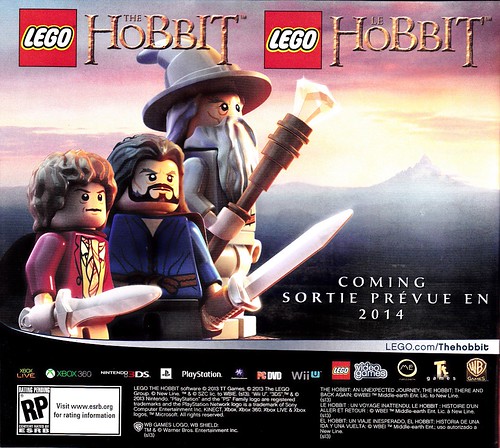 Continuing with our reports of LEGO video games, Brickset member sidersdd has given a preview of the LEGO The Hobbit video game on the back of the instruction booklets of the 2014 Hobbit sets. The game will be released sometime in 2014 on all the major platforms including the Xbox 360, Xbox One, Playstation 3, Playstation 4, Nintendo Wii U, Nintendo 3DS, and PC. We’ll have more details as they become available.

Update: The game is officially announced.