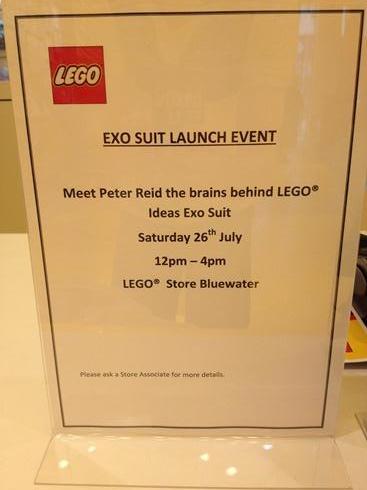 The English version of the European July/August 2014 Store Calendar is now available which has some of the same offers we reported earlier this week. This particular version looks like it is the UK version and there’s one additional thing on the list of events that is worth mentioning. That event is the meet-and-greet with Peter Reid, the creator of the LEGO Ideas Exo Suit (21109), at the Bluewater LEGO Store on July 26th from 12-4pm. There’s no mentioning whether if the Exo Suit will be available for purchase during the event or not but we do know that it will be available for us in the States in August with an estimated retail price of $34.99. The above image was linked on our Facebook Page by a fan confirming the launch event.