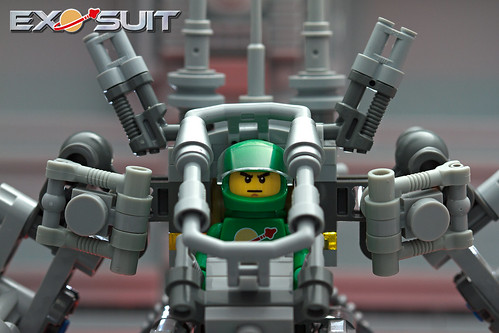 With the reveal of the LEGO Ideas Exo Suit (21109), LEGO Designer Mark Stafford, aka Lego-Nabii, has been giving some insight of the set on Reddit including the development of the set and why he used certain LEGO elements. One very important thing about the set that Mark notes is:

What that means is that the Exo Suit (21109) will only be sold once and once LEGO has run out of stock, then that’s it. The LEGO CUUSOO Mars Science Laboratory Curiosity Rover (21104) also had a single production run and we’ve all saw what happened with that so don’t hesitate to get it once it becomes available for purchase in August.

For some of us, we’ll be getting multiples of the set to build an army of them and given the popularity of it so far, I’m pretty sure that it will be sold out fairly quickly. There’s no mention on how many sets are produced but just to give a comparison, the Mars Curiosity Rover sold out in a matter of days here in the US. The Exo Suit will be available both on [email protected] and at LEGO Brand Stores on August 1st so prepare to get it as soon as possible.