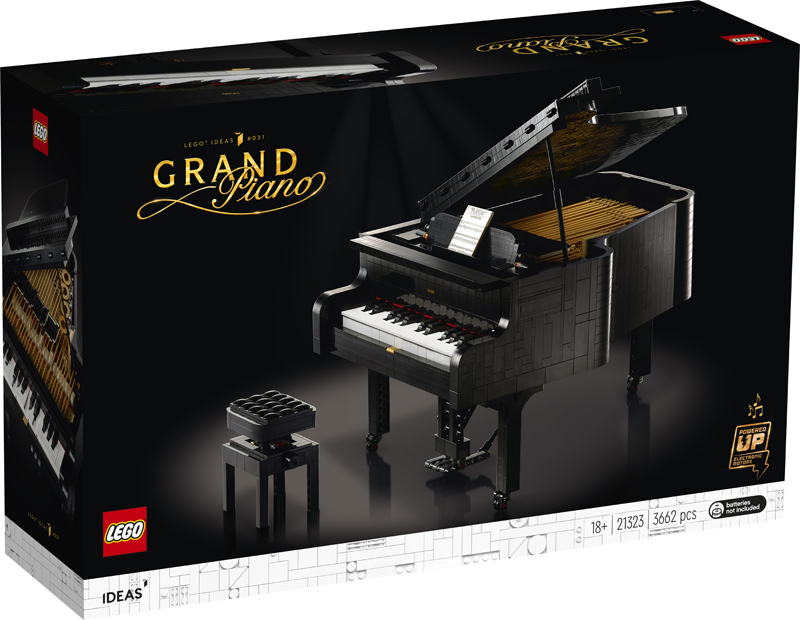 Earlier today, LEGO revealed the new LEGO Ideas Grand Piano (21323) and they have also released the designer video for the set. LEGO Designer Woon Tze Chee goes into detail of some of the features for the Grand Piano. The video also shows the music feature that is connected with the Powered Up app which allows you to play your own music or choose from a selection of songs that can play automatically. The LEGO Ideas Grand Piano (21323) will be available starting on August 1 at a retail price of $349.99.