The Hulkbuster UCS by Raychow is the latest project to achieve 10,000 supporters on LEGO Ideas. Obviously, the build is based on the Hulkbuster seen in Avengers: Age of Ultron and the Hot Toys version. We already had an official version of the character with The Hulk Buster Smash (76031) but that one is puny compared to the detailing of the proposed one.

The Hulkbuster UCS project joins the Boat Repair Shop and Marvel’s Agents of S.H.I.E.L.D. “The Bus” as the projects that qualify the Third 2016 Review Stage. 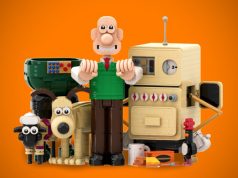