For the second day in a row, there is a project on LEGO Ideas that has hit 10,000 supporters. This time it is the Invisible Hand by LDiEgo. This project is one of the oldest projects on LEGO CUUSOO/Ideas and was submitted on December 15, 2011 which shows that some projects do stand the test of time although that premise will no longer work with the new guideline that states that projects only have one year to get the required amount of supporters.

This project is a great representation of General Grievous’ flagship from the beginning of Episode III: Revenge of the Sith. The proposed project has 2562 pieces and measures about 92.60cm x 20.70cm x 43cm. There are also many features including removing parts of the ship to reveal the interior. There are also a number of minifigures included but will probably get reduced if it becomes an official set. Finally, there is a UCS plaque with the details of the destroyer. Check out close-up images of the project on LDiEgo’s Brickshelf.

Congratulations to LDiEgo for this accomplishment and the Invisible Hand now joins the Assault on Wayne Manor in the second review stage. The X-Men: X-Mansion now becomes the highest supported project on LEGO Ideas. 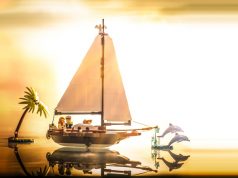 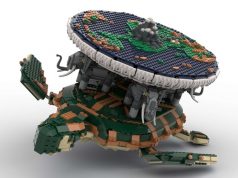 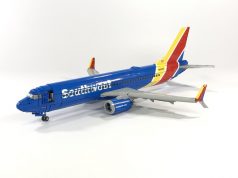