The RuPaul’s Brick Race by SeeMarkGeek is the latest project to achieve 10,000 supporters on LEGO Ideas. The project is based on the reality competition show called RuPaul’s Drag Race and honestly, I’ve never even heard of it before I saw it on the most supported projects list. Apparently, it’s based on some competition called Clutch Game which is a celebrity impersonation challenge. I’ll just leave it at that. 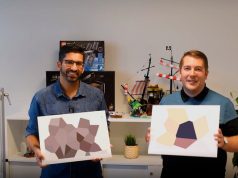