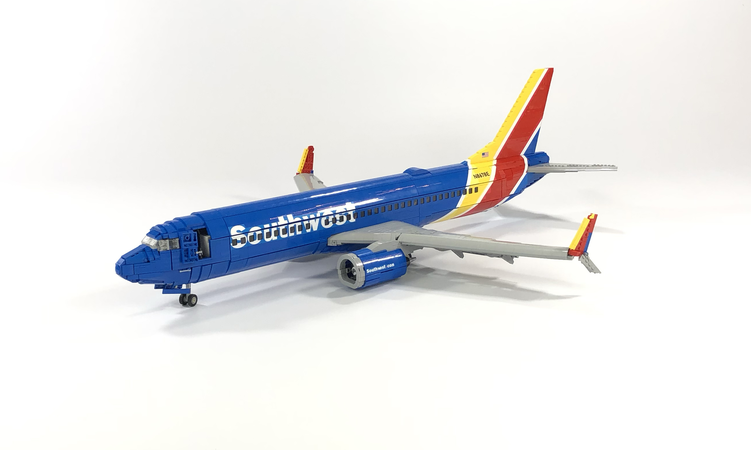 The Southwest 737-800 by BigPlanes-Customs is the latest project to achieve 10,000 supporters on LEGO Ideas. The build recreates one of the most commonly seen airliners at airports and it has a variety of play features included such as retractable landing gear, functioning flaps, and motorized engines.