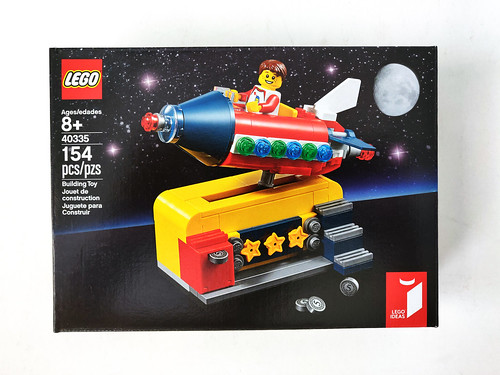 One of LEGO’s next promotions they will be running is for the LEGO Ideas Space Rocket Ride (40335). This set was designed by mjsmiley during the Moments in Space contest that was ran on LEGO Ideas a few months ago and LEGO had a fast turnaround to package this set to be ready for release next month. It has 154 pieces and you can get it for free from June 5-18 with purchases of $99 or more at LEGO Stores and on [email protected], while supplies last. 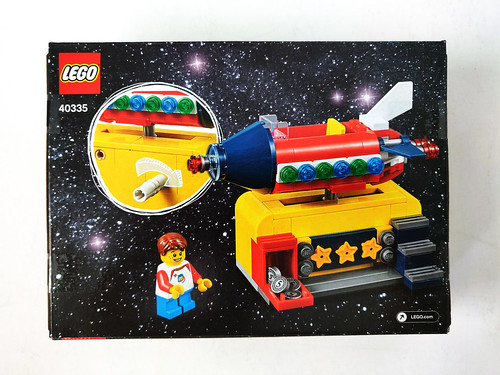 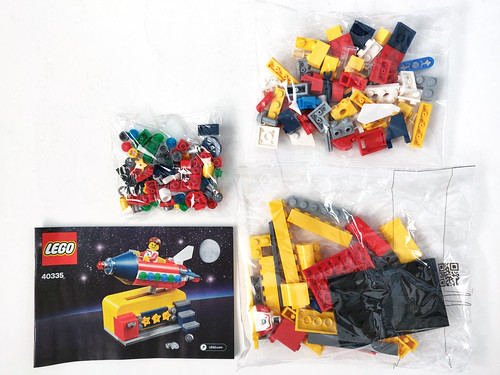 There is one minifigure included and it is of the young boy. His torso shows him with a red and white shirt with printing of a blue spaceman on the front. His face shows him with some freckles and a smile. 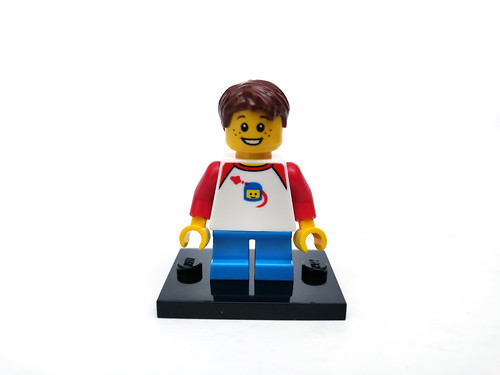 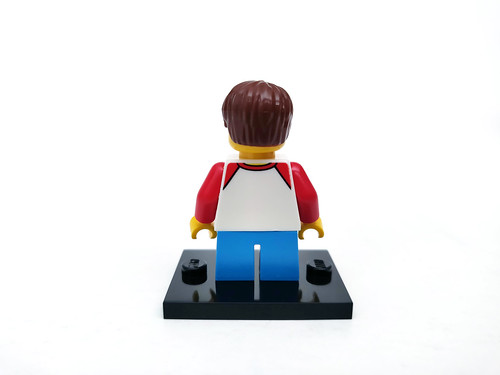 The build starts off with the base of the ride. The back of the build has an axle for you to turn to operate the ride but you also have another option which I’ll show later. 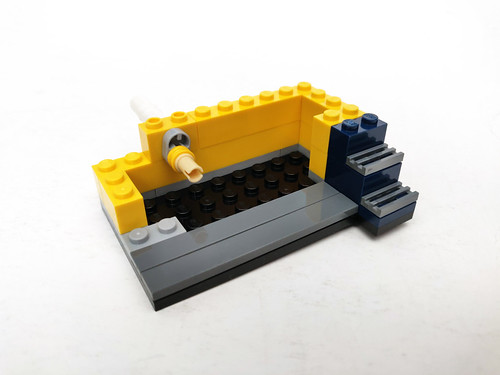 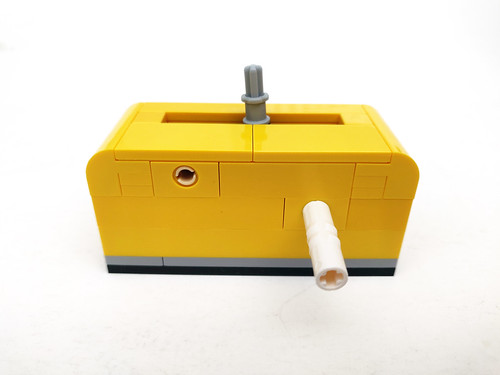 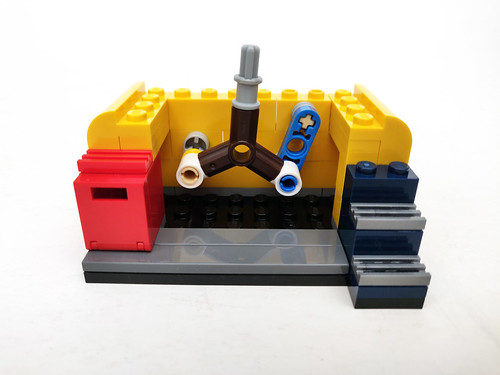 To hide the mechanism, there’s a cover on the front with some stars. Next to it is a coin holder which can hold five printed 1×1 round tile coins. The other side of the cover are some stairs to go up to the rocket. 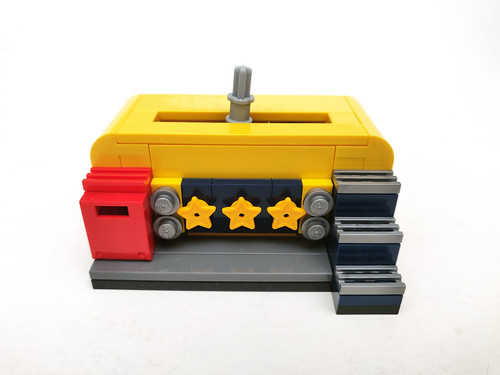 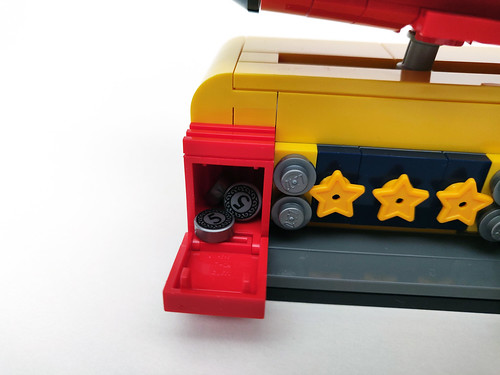 As for the rocket itself, it’s nothing too specatcular but it is very colorful. The sides of it have some lights made up of trans-blue and trans-green 1×1 round plates. There is enough room on it to fit only one minifigure. 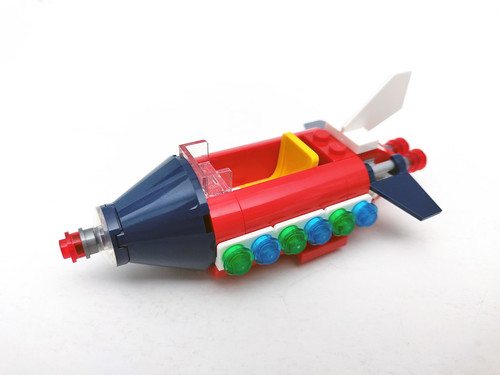 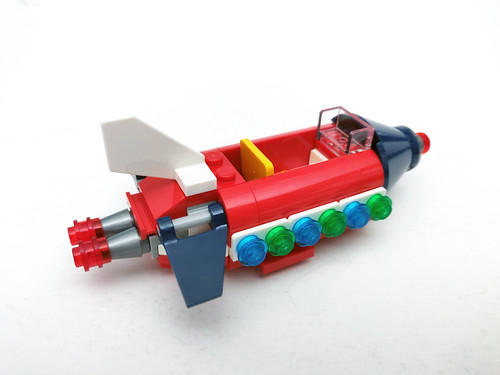 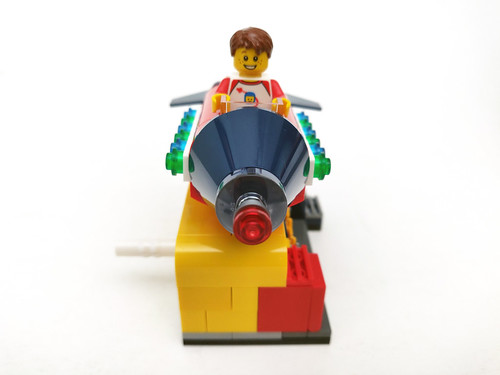 Like I said before, you can turn the axle on the back to rock the rocket back and forth. You could also add a motor in the back to have the rocket operate automatically. You’ll have to made some minor changes but it does work as shown in the GIF below which is my quick and dirty way to demonstrate it. 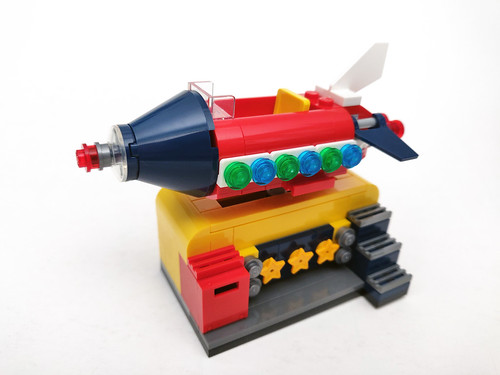 Overall the LEGO Ideas Space Rocket Ride (40335) is a very nice gift-with-purchase promotional set that could be implemented into a number of settings. Again, you can get it for free starting on June 5 with purchases of $99 or more including the upcoming LEGO Creator NASA Apollo 11 Lunar Lander (10266). 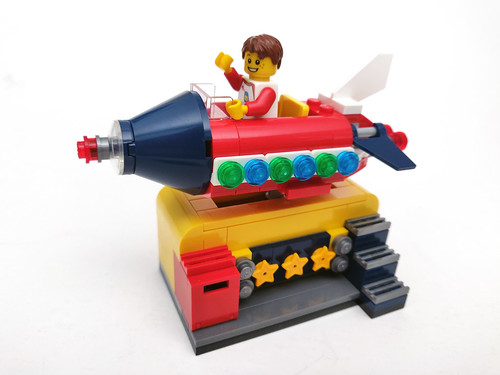