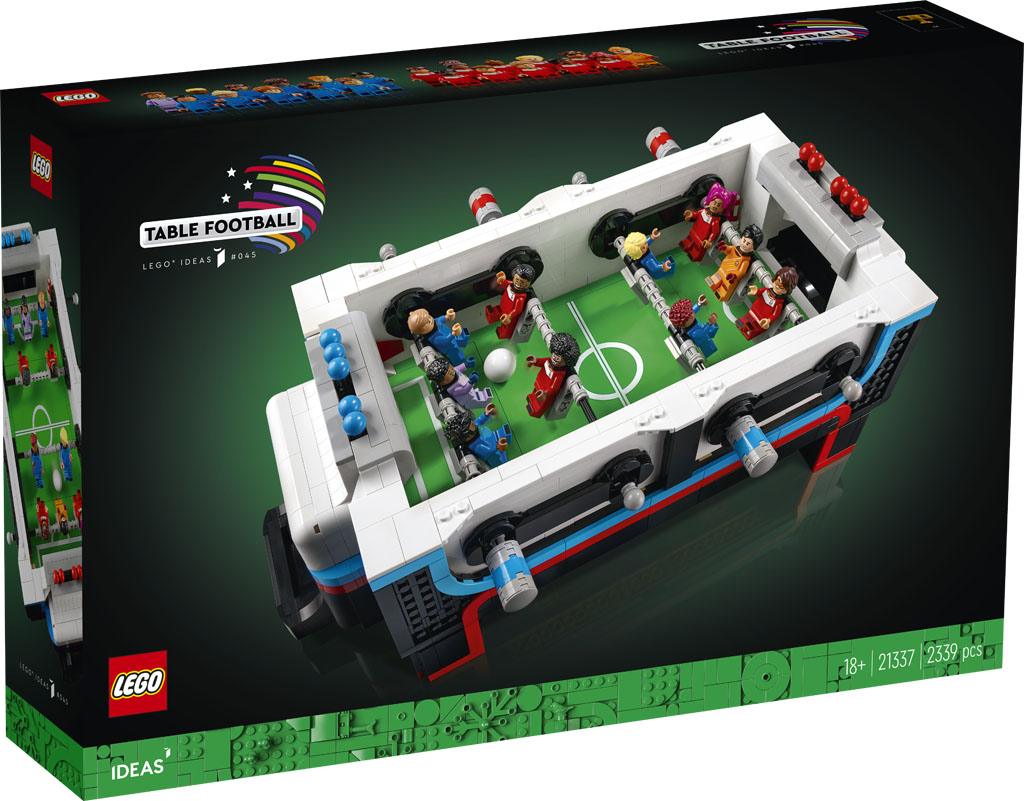 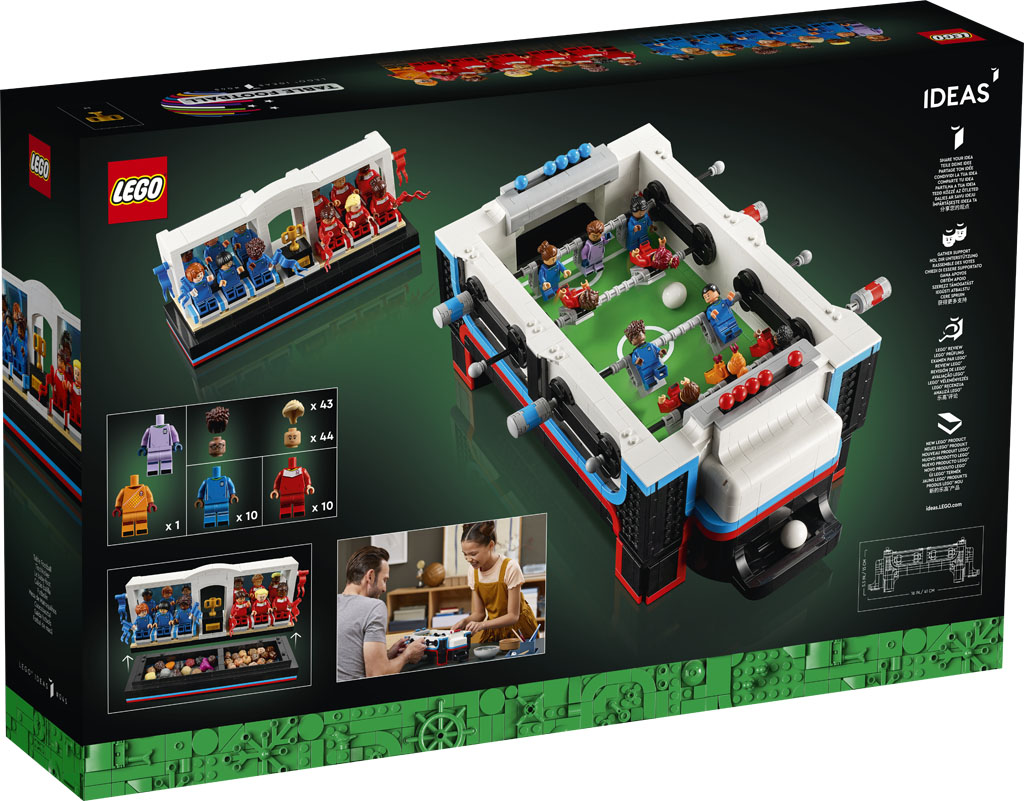 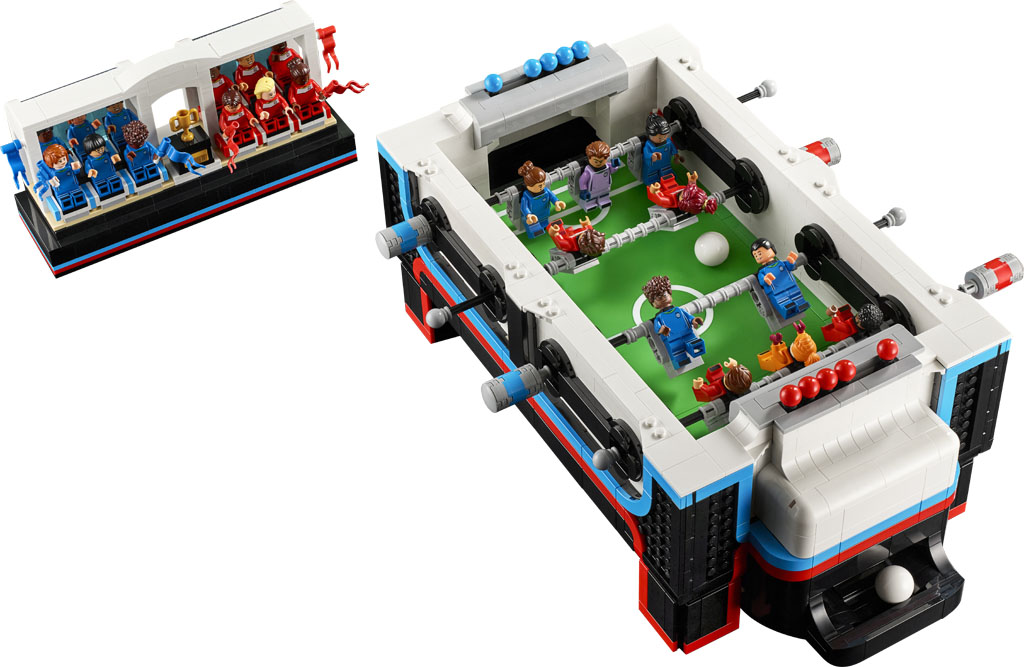 6th October 2022: The LEGO Group has revealed the ultimate global celebration of play with the launch of the new LEGO Ideas Table Football set. From the highs and lows of the goals to the cheers echoing throughout the stadium, football lovers can now build and play their favourite game with this exciting new fan-designed LEGO set.

The first to test the new fully functional table football were legendary football icon, and World Cup winner, Thierry Henry and current Manchester United and England star Marcus Rashford MBE – who take on each other with their team of minifigures in a new video. Each player can first build their five-a-side team of LEGO minifigures plus a crowd of teammates and fans that watch from the sides from over 60 different elements before competing in a match.

The LEGO Ideas Table Football set honours football players and fans from around the globe and features a diverse line-up of minifigures. In total, 22 different minifigures can be built to play or watch with a diverse range of hair styles, facial expressions and skin tones to choose from. The portable size of the set means it is perfect for transporting to play with friends and play ‘away’ or ‘at home’. It also makes an ideal display cabinet piece.

Thierry Henry says: “Throughout my career I’ve played football everywhere you can imagine – from my garden to stadiums across the world and now in a LEGO Ideas Table Football set! LEGO play is all about harnessing the unifying spirit of sport to rebuild the game for fans everywhere. I am very excited to see the new LEGO set bring people together across the world as they master the table football game in brick form.”

Also talking about his involvement in the campaign, England and Manchester United star Marcus Rashford said: “I love building with LEGO bricks – but to now build and play football against Thierry Henry in LEGO form is amazing! Football brings fans together and it is great to see that the LEGO Ideas Table Football set does the same.”

The set was designed by 16-yo Hungarian LEGO fan Donát Fehérvári as part of the We Love Sports Contest on LEGO Ideas, and then made into a real set by LEGO Designer, Antica Bracanov,who said: “What makes the LEGO Ideas Table Football set so amazing is that it harnesses the spirit of sport. Donat’s design champions the shared rollercoaster of emotions that fans experience when watching football games. At the LEGO Group, we are incredibly proud to have brought this set to life, allowing fans to swap football boots for bricks, and be inspired take part in the game of play, for the love of play.”

Bringing culture, creativity and play together, the new LEGO Ideas Table Football launches as part of the LEGO For The Joy of Play campaign at 35–37 Rue des Francs-Bourgeois in Paris on 29th – 30th October.

The two-day event will feature the opportunity to compete in the ultimate LEGO Table Football competition, plus talks from inspiring speakers and the chance to get hands-on with LEGO bricks with an amazing mural and free building areas. In addition, Thierry Henry will be present at the event. For more information and tickets visit www.lego.com/table-football. 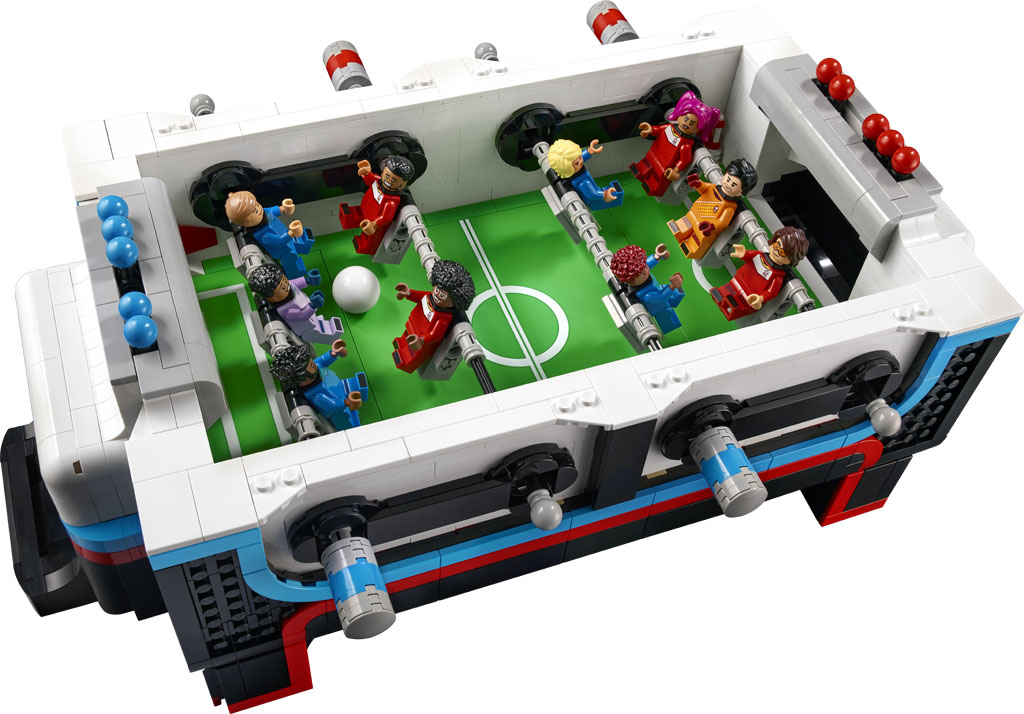 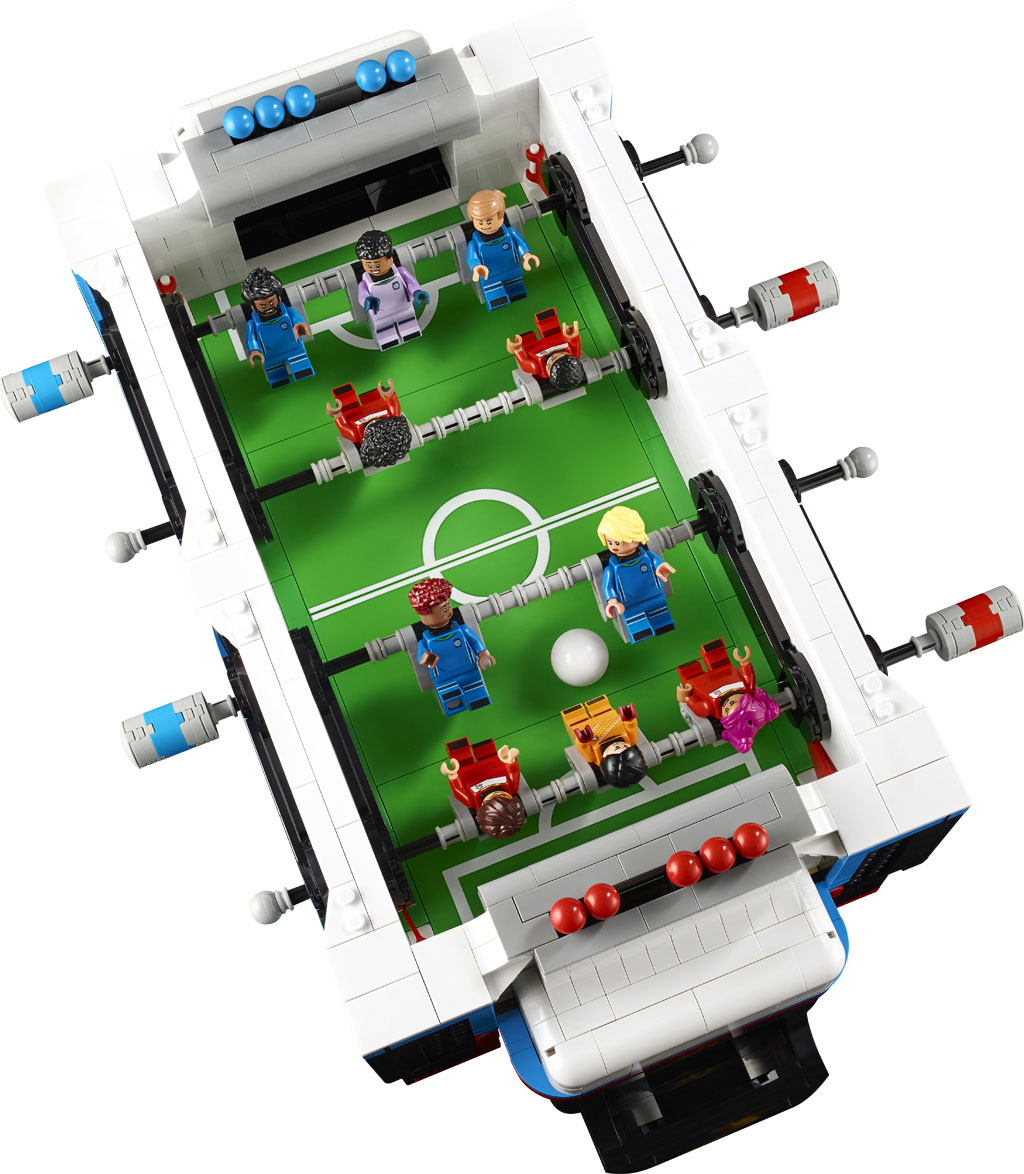 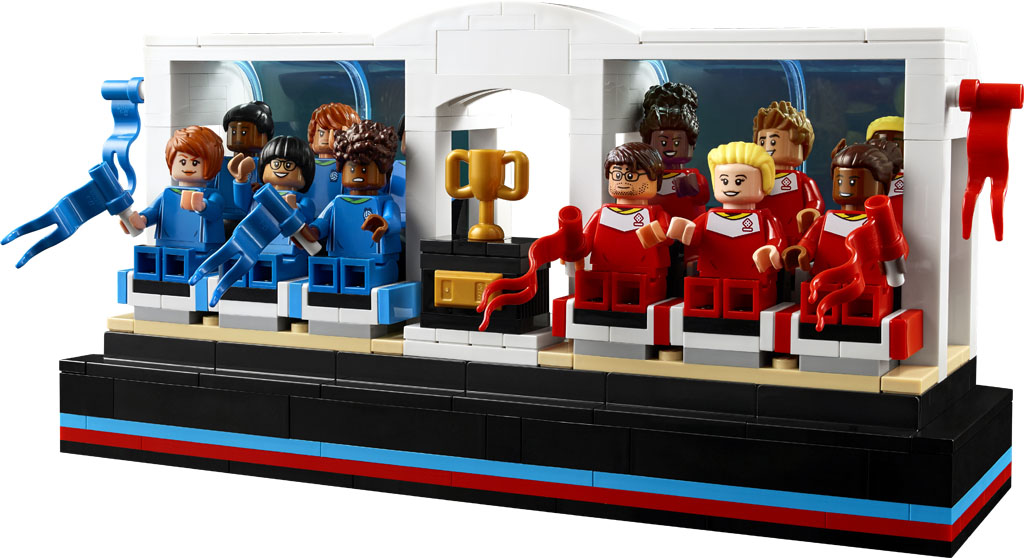