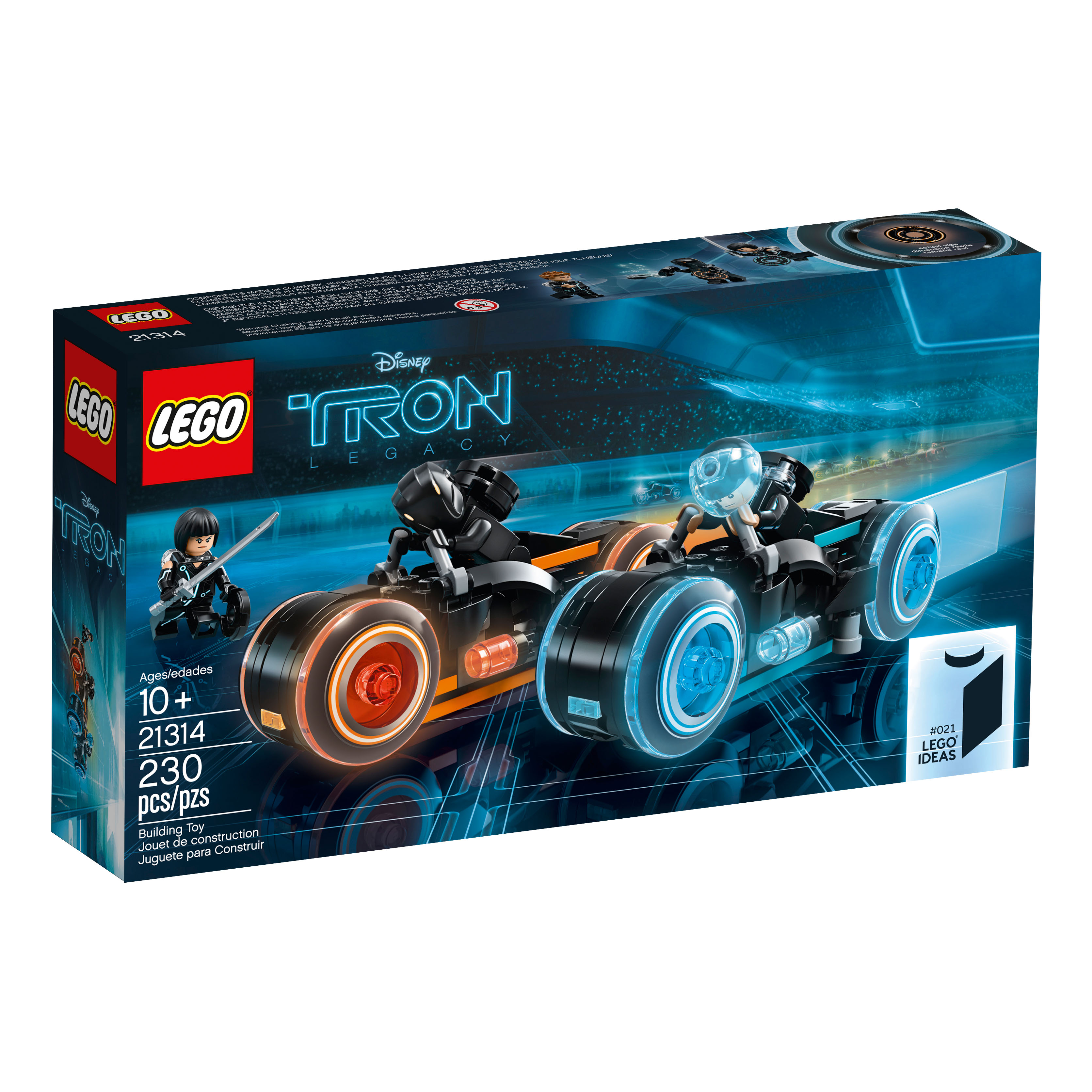 Earlier today, LEGO revealed the LEGO Ideas TRON: Legacy (21314) set and the BrickBros UK have already done a review of set. If you don’t know, the BrickBros UK are the submitters of the original design on LEGO Ideas. The set will be available starting a day early on March 31 with the UK having a special signing event at the Leicester Square LEGO Brand Store on March 29.

Downloading from Devon, England, brothers Drew and Tom are the talented fan designers behind the LEGO® Ideas Tron: Legacy set.

Tom and Drew’s small childhood collection of LEGO bricks inspired them to come up with their own scenarios and builds. In designing their LEGO Ideas project, “We went through several models before settling on a design we both liked. We wanted to get the scale of the Light Cycle to minifigure right, and the overall colour scheme had to reflect the Tron feel.”