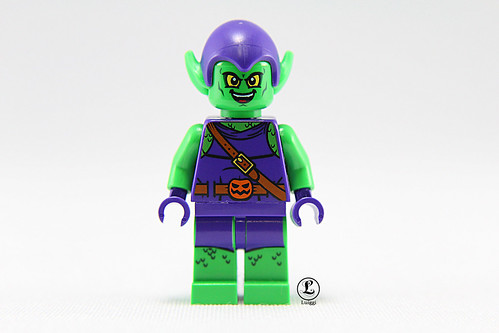 As we know by now, there will be a re-release of the Green Goblin minifigure this August but he won’t be appearing in your usual LEGO Marvel Super Heroes sets. Instead, he will be in the LEGO Juniors Spider-Man Hideout (10687). We first saw images of the new Green Goblin during the 2015 New York Toy Fair but there are now some really good close-up images of him courtesy of Luiggi.

With this minifigure, we can expect to get a classic comic books styled look of the Green Goblin with his purple outfit. His skin color is a little too green for my taste but it’s still a cool minifigure nonetheless with all the details on the front and back of the minifigure. He will also come with his signature glider and a pumpkin bomb. As mentioned before, he will be in the new LEGO Juniors set which contains 137 pieces and will retail for $29.99 however, the Green Goblin is exclusive to this set so you’ll pretty much want to get this set if you want to pick him up unless you just buy him individually on the secondary market. 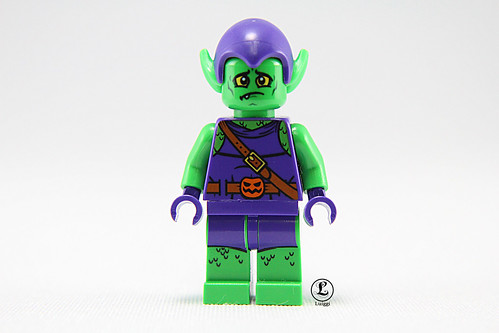 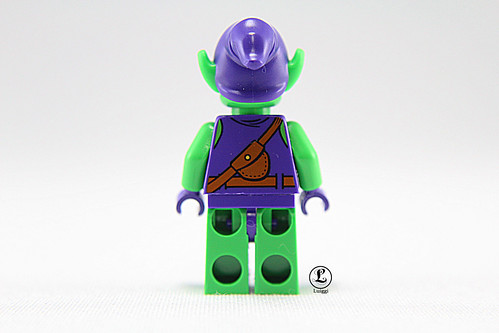 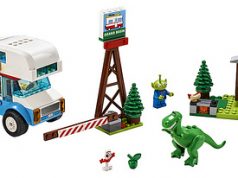 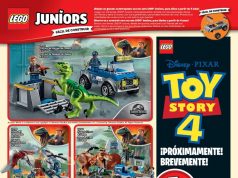 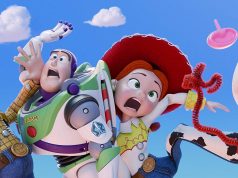