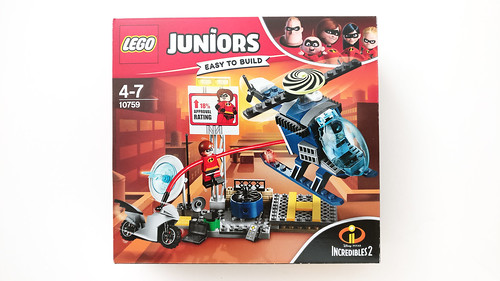 The new LEGO Juniors The Incredibles 2 sets have been available for a few weeks now but per our agreement with LEGO, we start our review of the sets starting today with Elastigirl’s Rooftop Pursuit (10759). The set contains 95 pieces and retails for $19.99 which is the standard price point for the Juniors sets. The contents of the box include two numbered bags, some loose Quick Start molds, and the instructions. 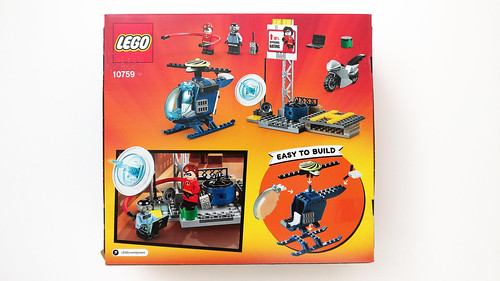 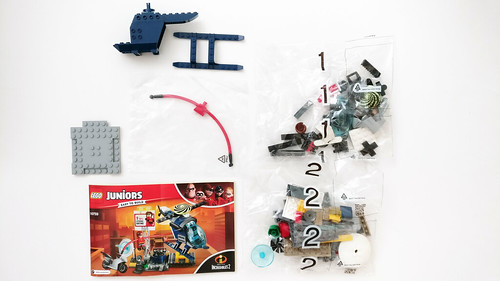 There are two minifigures in this particular set, Elastigirl and Screenslaver. Elastigirl, aka Helen Parr, aka Mrs. Incredible, has on the red Incredibles outfit that is similar to Mr. Incredible from the Disney Collectible Minifigures line but with printing for her body type. There is some black for the tights, boots, and gloves. She does have a double-sided head with smirk on one side and a smile on the other. The brown hair piece that Elastigirl uses is brand new and is exclusive to her minifigures. The main thing for her minifigure is the stretched arms that she has. This is similar to what Ms. Marvel uses in the Captain America Jet Pursuit (76076) set which shows off her flexibility superpower. Her accessory is a tracking device that uses a printed 1×2 tile. 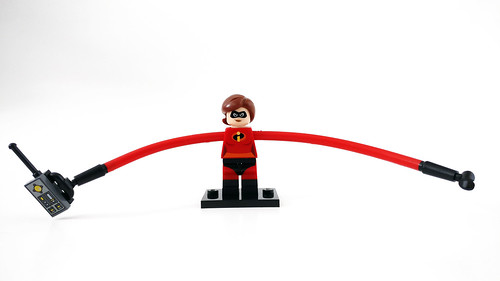 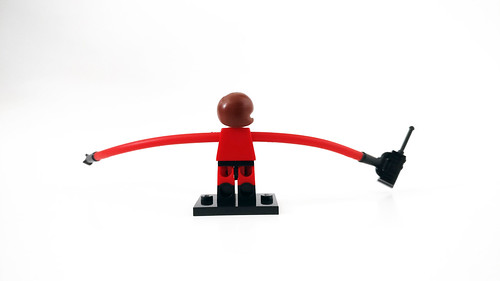 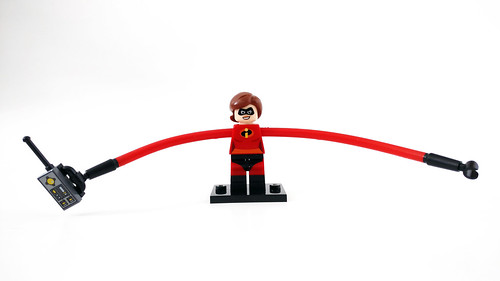 Screenslaver is the main antagonist from The Incredibles 2. Not much is known about him at this time but he wears a light blue shirt with a black collar area. The legs are plain dark gray. The head piece shows him with a black minifigure head with his face showing through a balaclava. The mask piece also has a gray pair of goggles with the eyes looking pretty hypnotic. His real identity is not known at this time but I have an inkling of who it is. Read on if you want to know who I think it is. 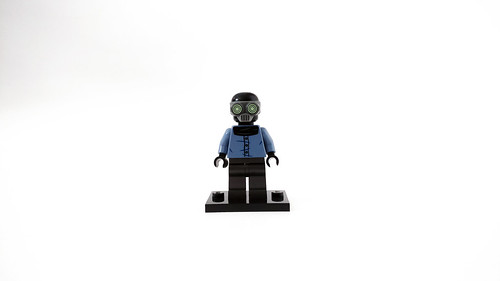 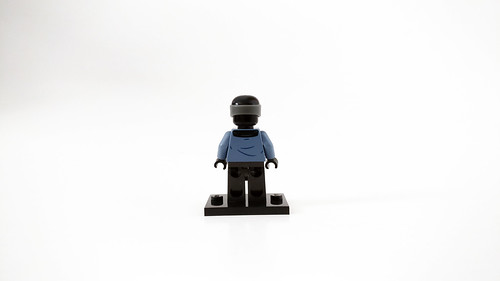 Spoiler
Although we don’t know who Screenslaver is, we have already seen him in the official trailer. I think it is the new character Winston Deavor who runs Devtech which is a telecommunications company. With his hypnosis “powers,” he may be able to control people through the media which he has control over. 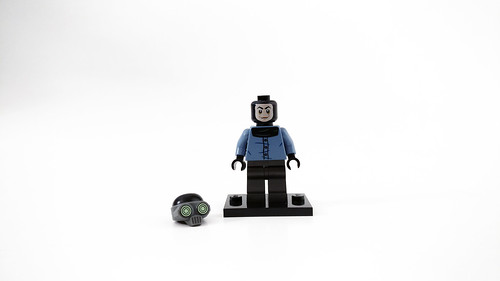 The first part of the build for this set is Elastigirl’s motorcycle. There’s nothing much that goes into it except for the little wing thing at the back of the bike. 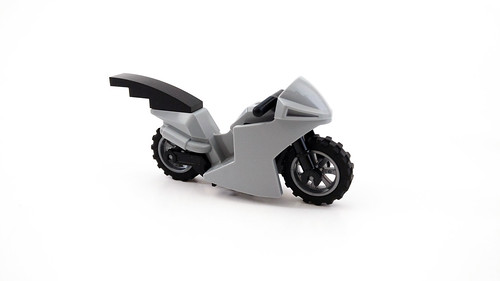 Next up is Screenslaver’s helicopter. It mainly uses the Quick Start helicopter mold and there are little details that go onto it including the white seat and the printed 1×2 slope control at the cockpit. There’s also some 1×2 sloped grills in the front and on the sides as well as some toothed bars on both sides of the helicopter. The main rotor has a printed swirl dish which I think is a great piece. 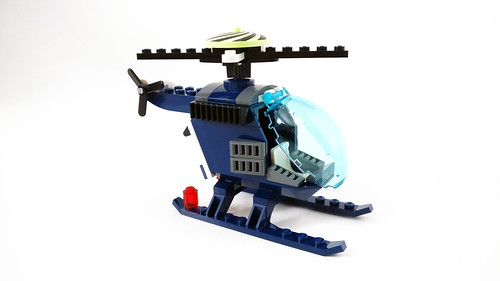 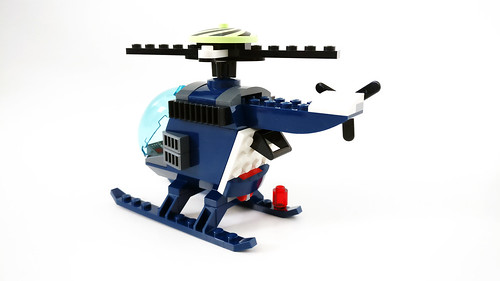 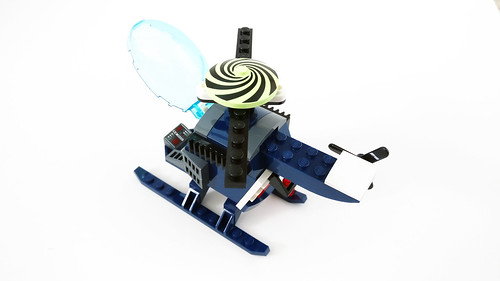 The last part of the build is the small rooftop area which possibly could be the roof of Devtech. The left side of the roof has a large satellite dish that uses a white 6×6 dish along with a slightly smaller trans-light blue dish. Next to it is a black antenna. 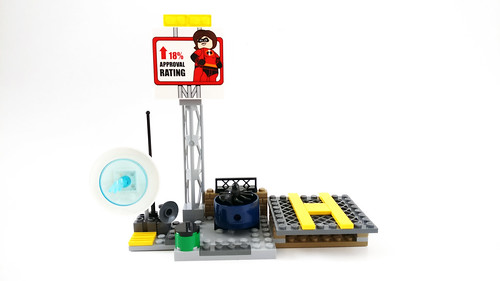 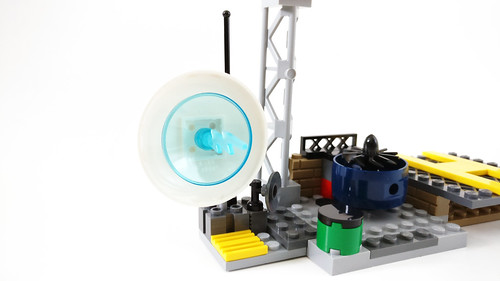 The middle section of the roof has a bit more detail. In the middle, there’s a large blue roof turbine that connects to the back wall. To the left of it is a lattice tower with a nice looking printed 6×6 billboard of Elastigirl who has an 18% approval rating. 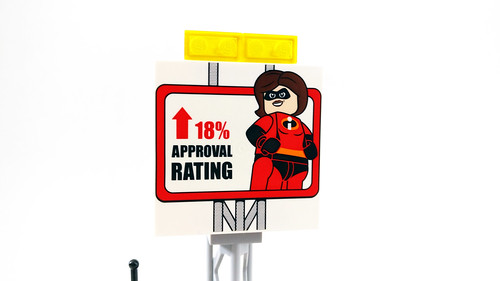 The right part of the roof is the landing pad for the helicopter. It uses a 2×2 yellow tile along with two 1×8 tiles to make the “H.” 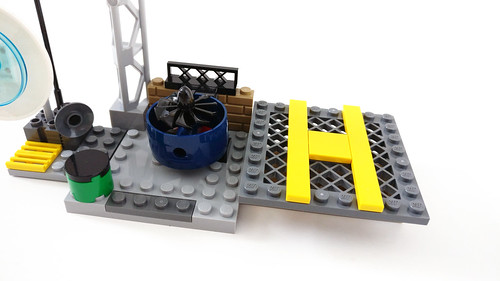 Overall, the LEGO Juniors The Incredibles 2 Elastigirl’s Rooftop Pursuit (10759) is actually a pretty neat set. Both Elastigirl and Screenslaver are exclusive to this set however Elastigirl also appears in another set without the stretched arms. The builds themselves are pretty simple and not that spectacular kids may enjoy the helicopter. My favorite part of the whole build is the roof area with the printed billboard. 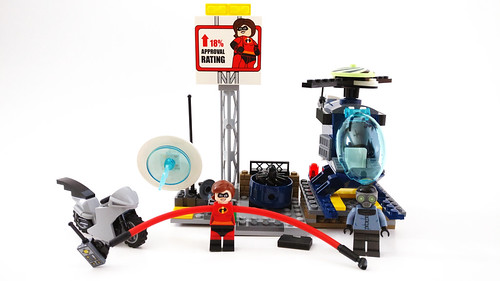