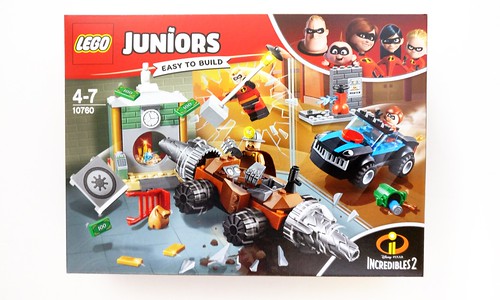 For my next review of the LEGO Juniors The Incredibles 2 sets, I have the Underminer Bank Heist (10760) which retails for $24.99 and has 149 pieces. Inside the box, there are three numbered bags, some loose Quick Start molds, and the instruction booklet. 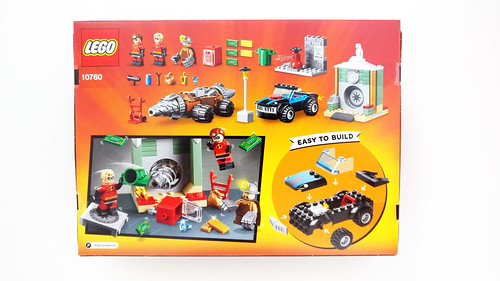 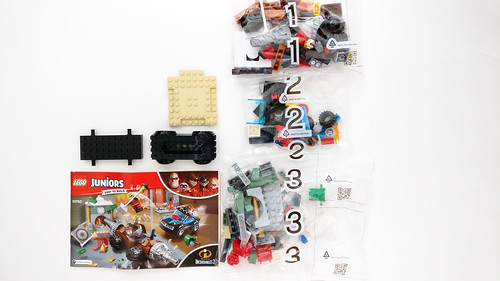 There are three minifigures in this set, Mr. Incredible, Mrs. Incredible, and Underminer. Mr. Incredible is slightly different from the version in the Disney Collectible Minifigures (71012) in some aspects. The muscle printing is more defined in this version and the orange belt is printed on the torso instead of on the legs. He has a double-sided head with a smirk on one side and a smile on the other. The hair piece is the same as before. 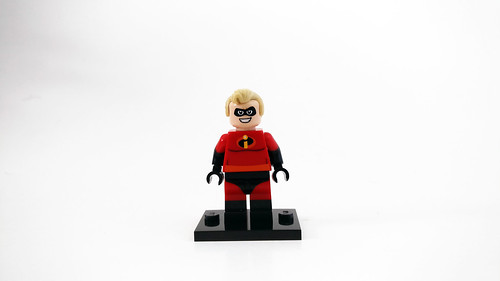 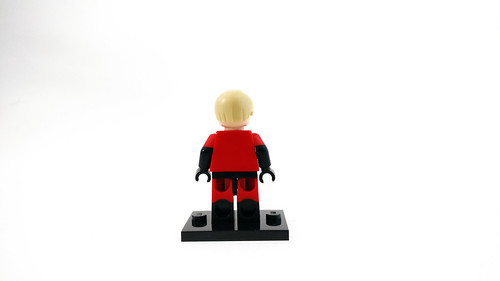 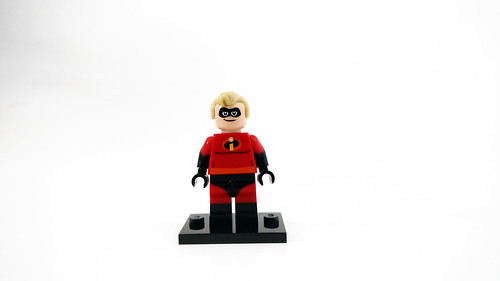 Mrs. Incredible makes another appearance in these LEGO Juniors sets. This version of her is the normal arm one and the outfit is similar to Mr. Incredible. She has a double-sided head with a smile on one side and an angry expression on the other. The hair piece is the same one as her other variant. 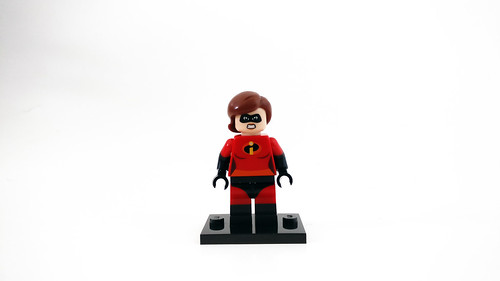 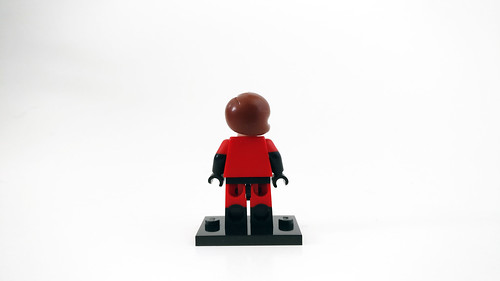 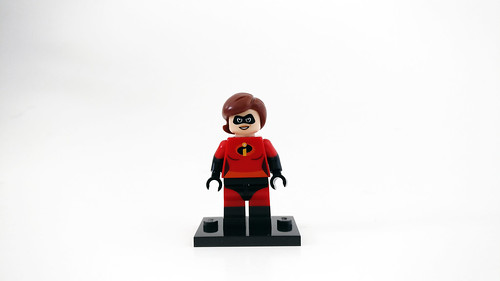 Finally, we have Underminer who first showed up at the end of the first Incredibles movie and will play a major role in the upcoming film. There’s nothing much going on with him except that he has some brown overalls. His face is the most interesting to me as he has a very distinct mole-like features including the teeth. He also wears a hard hat with a yellow light. Also included with Underminer are some fist pieces for his robotic hands but the gray ones would have been enough for me. To complete his look, he also has a small brown cape. 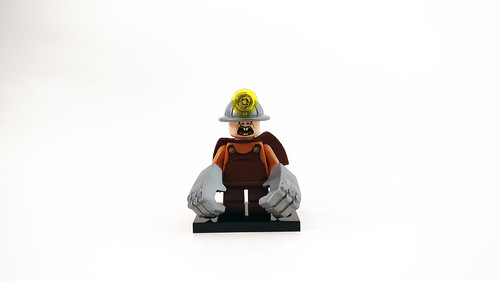 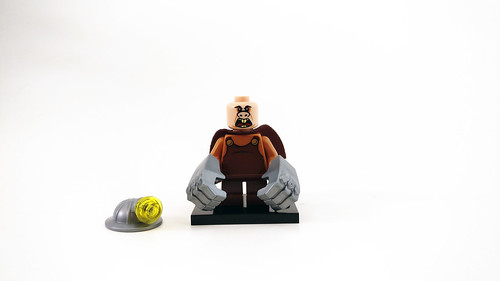 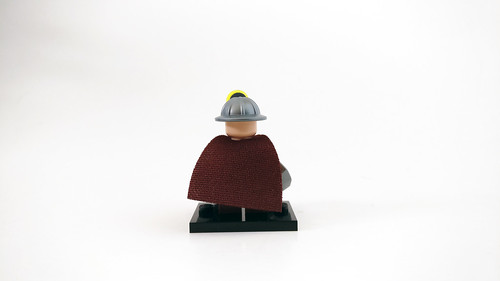 The first part of the build is the Tunneler machine which uses 4×10 Quick Start chassis. From there, you build up and outwards which includes a new and pretty rare brown column piece that acts as a support for the drills on either side of the Tunneler. In the cockpit, there’s a printed slope piece with some gauges while behind the seat has a box to store the money. 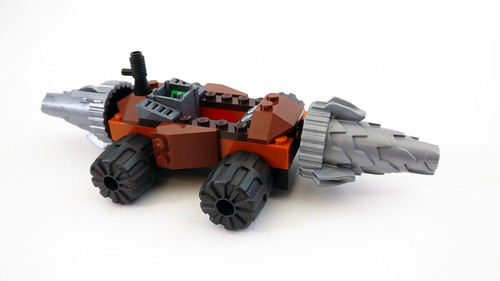 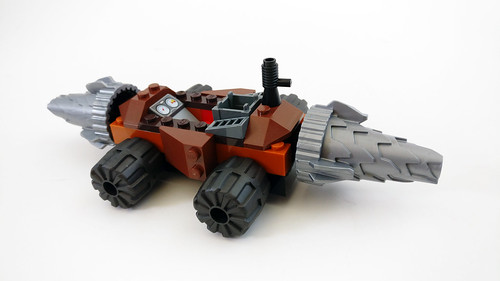 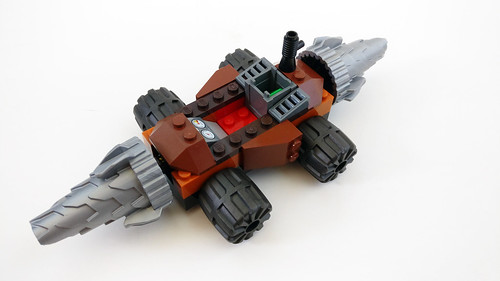 The next part of the build is what LEGO calls the Incredibile which also uses a Quick Start chassis. It’s a sporty race car with blue accents on the hood and on the sides. 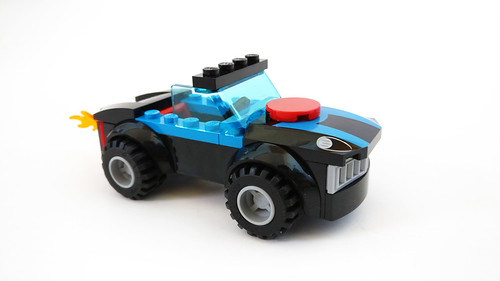 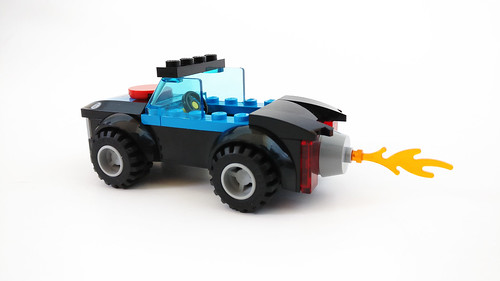 Next up is a little wall with a printed wanted poster for Underminer. There’s also as leaking fire hydrant and trash can in the same area. 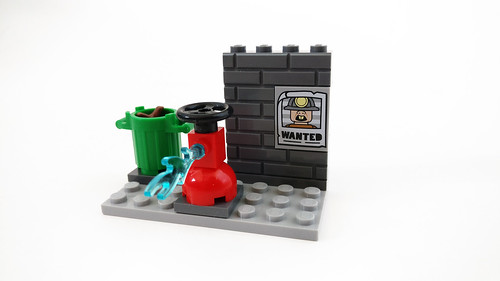 The biggest part of the whole build is the bank vault. On one side, there’s a printed slope piece for a pinpad and the facade of the bank has a printed clock. 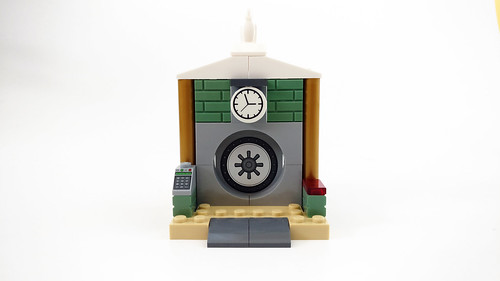 On the other side, there’s a printed wall for the vault door which holds some valuables including a sack presumably filled with money, a gold crystal, and a safe filled with gold bars and cash with a blue diamond on top. 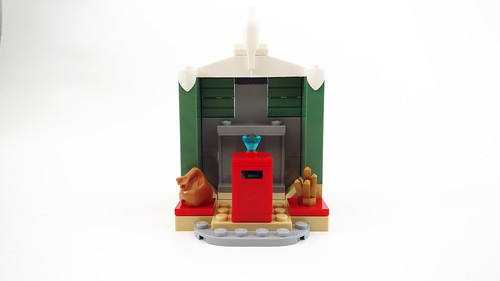 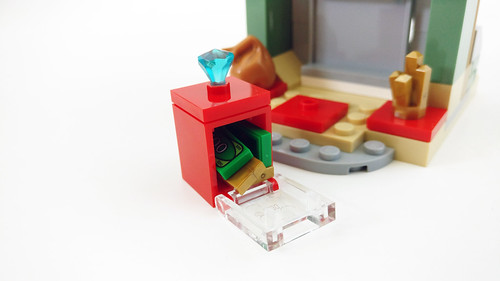 Finally, there’s a simple lightpole which isn’t too interesting. 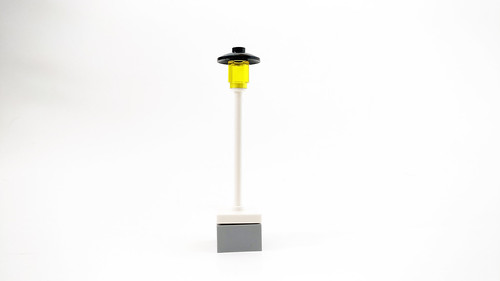 Overall the LEGO Juniors The Incredibles 2 Underminer Bank Heist (10760) set is something that young kids may enjoy. There’s a good amount of play features including the Tunneler and the bank as well as the Incredibile. The minifigures are exclusive to this set but the selection is not too interesting probably due to what is involved in the scene during the film. 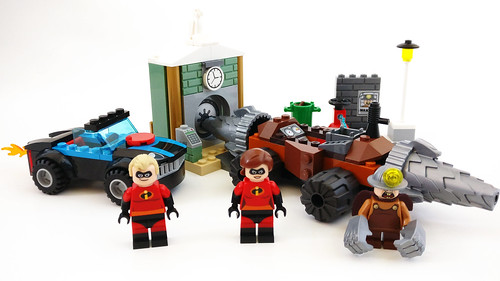