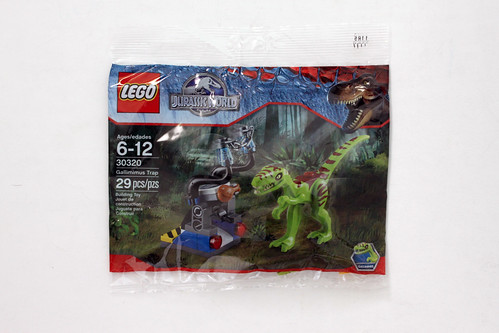 from now until the game is released on June 12, they’ll also throw in a bonus for buying the game which is the Gallimimus Trap (30320) polybag. It consists of 29 pieces and the main draw of the set is the “Gallimimus” dinosaur mold. Clearly this particular dinosaur isn’t a Gallimimus but a re-colored Coelophysis from the 2012 LEGO Dino sets. Although Gallimimus is an omnivore, it was toothless and mainly feasted on plants, insects, and smaller animals. This version of the dinosaur has some very sharp teeth shown with a green and brown skin color. Whatever you decide to call it, it is exclusive to this polybag as it does not appear in any other LEGO Jurassic World 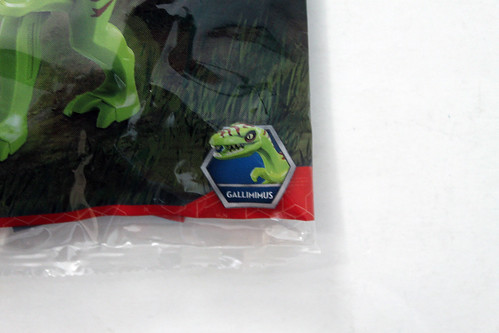 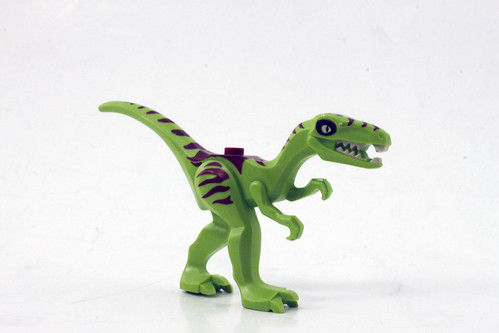 On the trap itself, it holds a piece of meat on the back and when the Gallimimus goes in to eat it, the chains come down to trap it. What’s nice about the set is the white Jurassic World printed 2×2 tile which I believe is exclusive to this set. Correct me if I’m wrong on that note as I have not purchased any LEGO Jurassic World sets yet. Other than that, the trap isn’t that spectacular but that’s how polybag usually are. 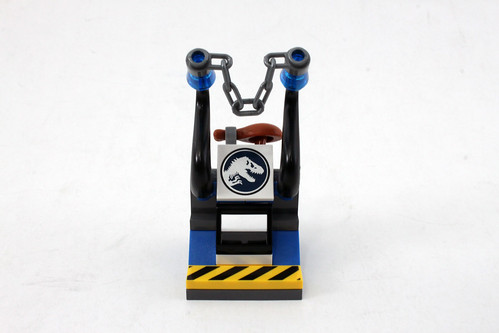 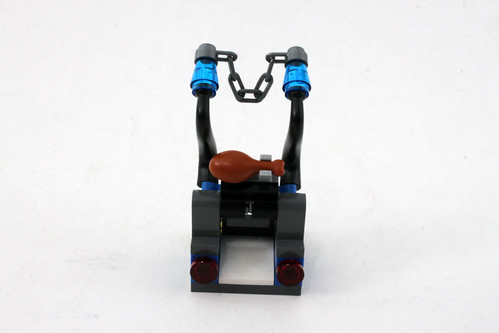 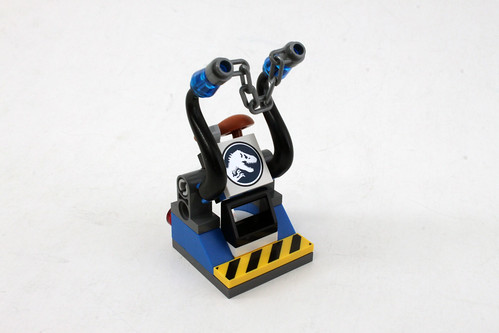 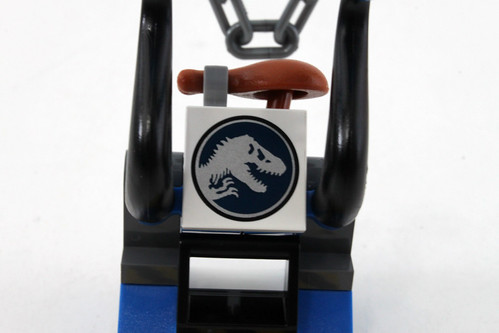 Overall, the Gallimimus Trap (30320) polybag is a neat one considering that if you’re planning on getting the LEGO Jurassic World video game from GameStop

, it’s already included with your order. The dinosaur itself is exclusive to this There are reports that the polybag is also being sold at Toys R Us Canada so if you’re up north, you can probably score one for fairly cheap.

The major thing that I don’t like about the set is the Gallimimus itself. The dinosaur is no doubt a rehashed Coelophysis but for LEGO to call it a completely different dinosaur is just laziness, I think. If the polybag would’ve been called Coelophysis Trap, I wouldn’t have an issue with it. 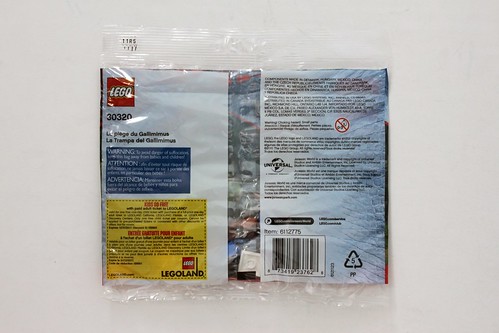 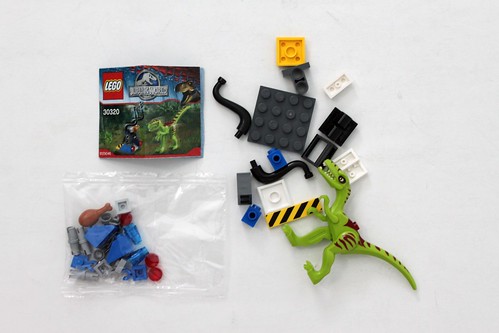 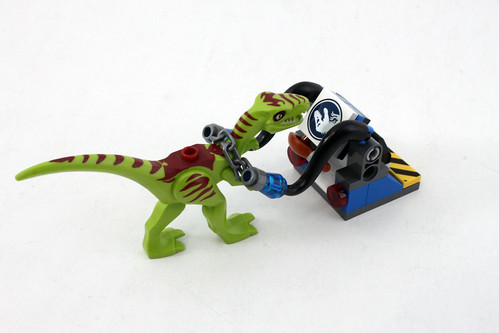