In the summer 2013 wave of the Legends of Chima sets, LEGO has released ultrabuilds of some of the main characters of the theme. As you can see, we have the CHI Gorzan (70202) ultrabuild. The set contains 59 pieces and retails for $14.99. That is about $0.25/piece which is about the ratio that ultrabuild figures are at. The package that the set comes in contains two unnumbered bags, a couple of loose pieces, one instruction booklet, and a sticker sheet. 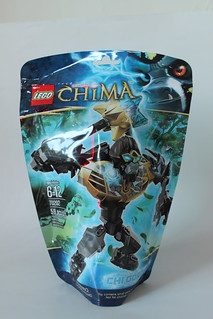 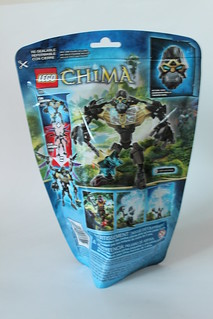 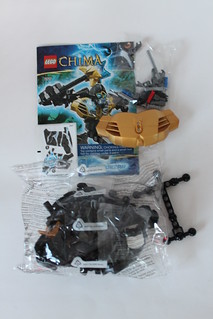 The build was pretty straight forward. You start off building the frame of the figure which is pretty much Technic pieces. Next you build the legs to give the figure some bulk in lower body. After that, you build both arms and hands with moveable fingers for Gorzan. There is also a piece of armor on each of the arms. The stickers go on the chest piece and it shows Gorzan unleashing his inner power. Finally you put on the head and build his mace. 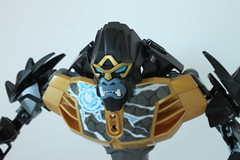 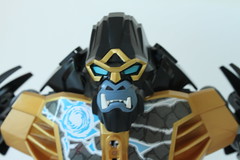 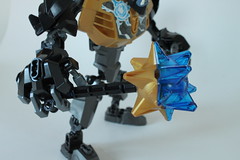 When I first saw the Gorzan ultrabuild, I knew I had to pick it up. The way that it was designed is much like what we’ve seen in the Hero Factory and Super Heroes ultrabuilds. What impresses me about Gorzan is the head piece. He is pretty posable but the head has limited movement. Overall I think Gorzan is very well made and I was glad to get it. 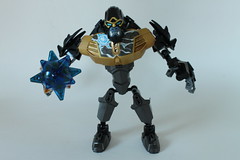 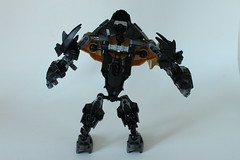