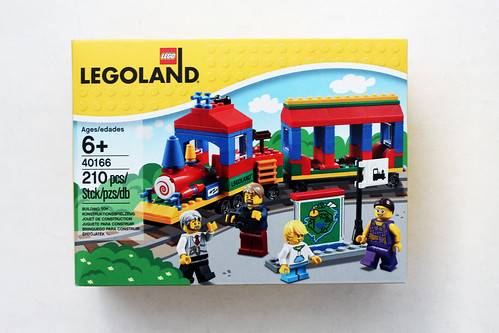 Today I have a fairly short review on a somewhat exclusive set and that is the LEGO LEGOLAND Train (40166). It contains 210 pieces and retails for $19.99 and is only available at the various LEGOLAND theme parks around the world. The contents of the box include four numbered bags and the instructions. 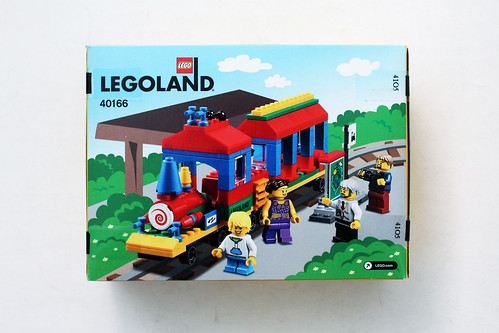 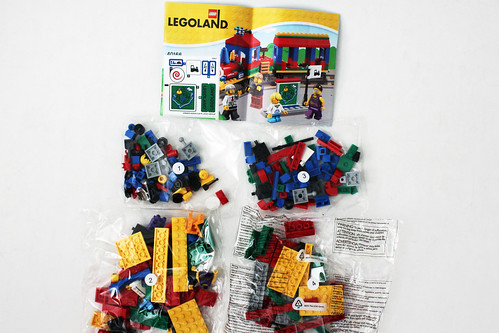 The construction of this set is actually quite similar to the LEGO Christmas Train polybag (40034) and the Christmas Train set (40138) as it is a very simple “studs up” build. It really shouldn’t take a seasoned AFOL more than 15-20 minutes to complete this. There is actually a bit of stickers to apply for a set this small which I would recommend a healthy dose of patience. It might just be easier to affix the stickers before attaching the LEGO piece to the build. 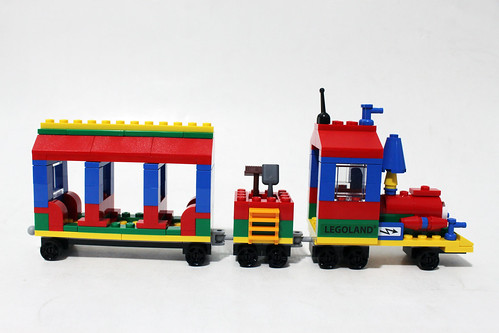 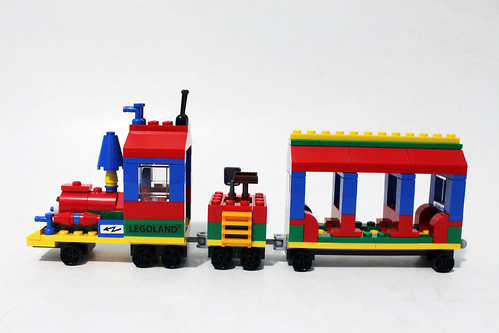 There are four minifigures in the set, the train operator and a family with the mom, dad, and child.

The train operator has a striped vest with the pocketwatch printing that’s been used before in previous sets. The head piece is pretty useful with the full beard. 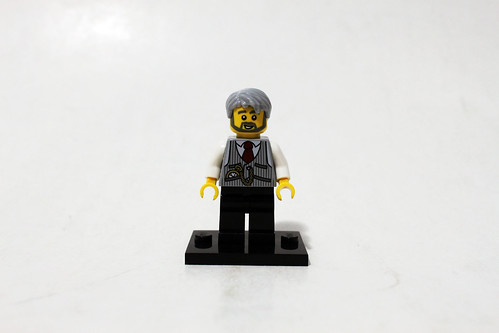 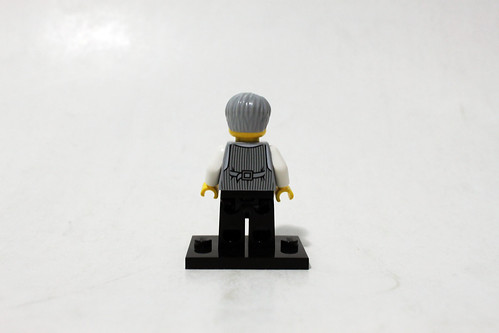 The mom has the same purple flower blouse that was last seen in the 2015 Valentine’s Day Dinner (40120) set and matching colored legs. I do like the head piece with the silver glasses. 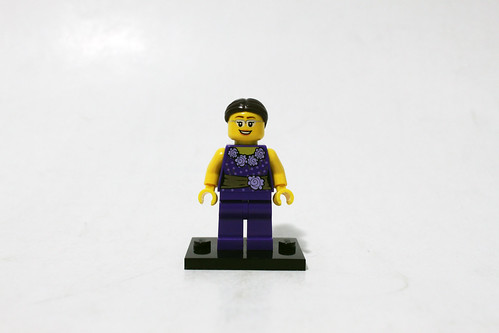 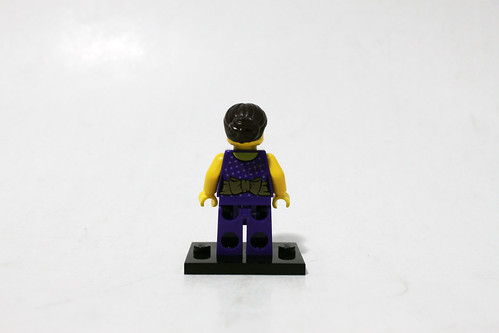 The dad has a blue and red plaid button shirt torso. The head piece has some goatee printing. He as a camera as an accessory. 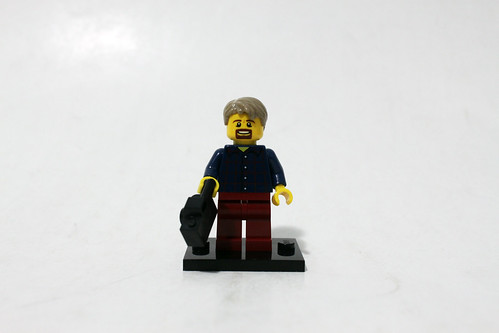 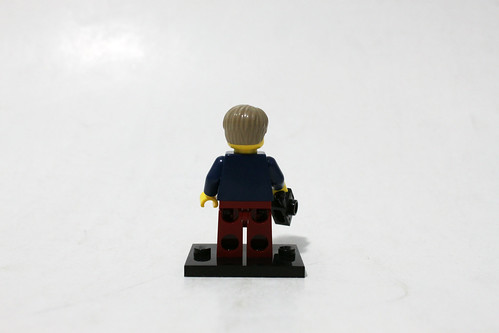 Finally we have the child that wears a white hoodie with blue pockets. He is the only one that has a double-sided head. Again, nothing new but has some useful parts. 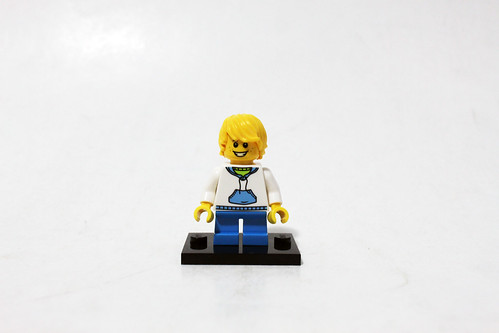 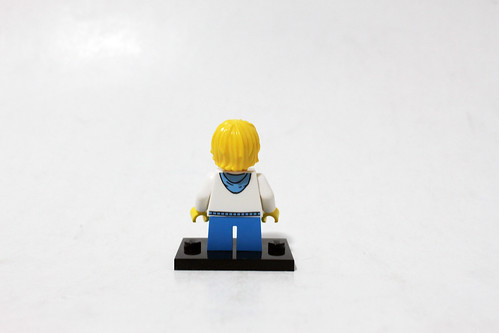 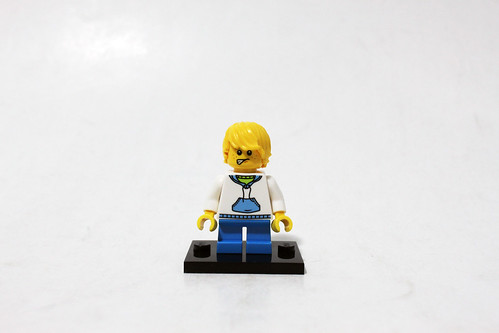 The LEGOLAND Train is based on the ones that are seen at the parks and that includes all the bright colors the train has. The build itself is somewhat similar to the Seasonal Christmas Train (40138) from last year. In the front, you have your typical steam locomotive look but with a variety of the basic colors. The top of the cab is on four jumper plates so you can easily take off and put the operator in. 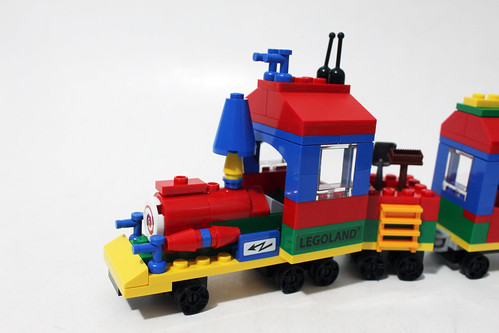 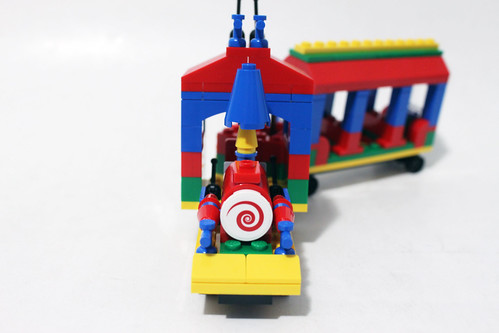 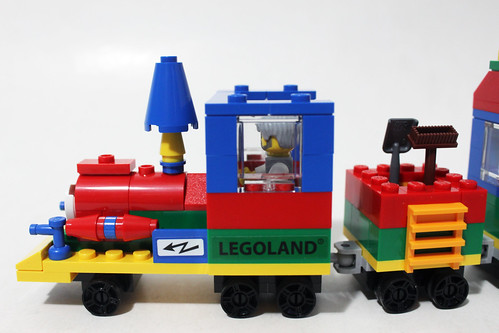 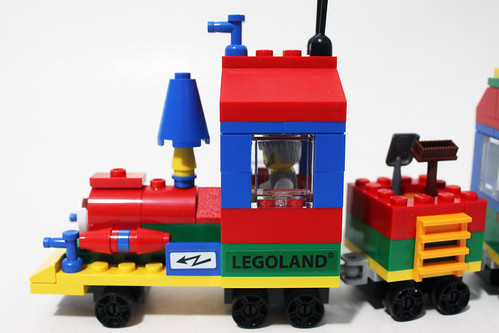 The next car is a 4×4 stud wide coal car with some ladders on the sides and a shovel and broom clipped on the inside. 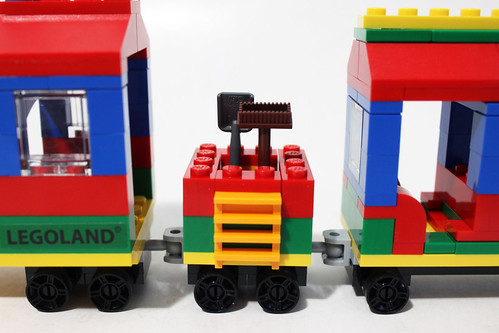 The passenger car is almost as large as the first two cars combined. It is able to fit three minifigures. Again, the top is removable because of the jumper plates so you can put the minifigures in. The back of the car also has an additional ball and socket plate for more trains to attach on to. 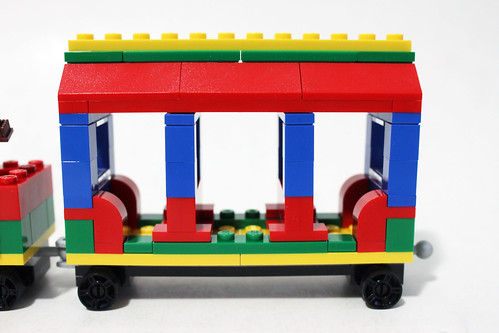 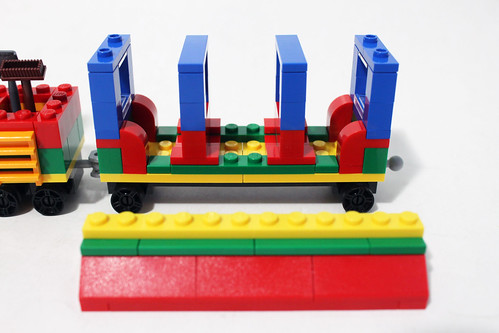 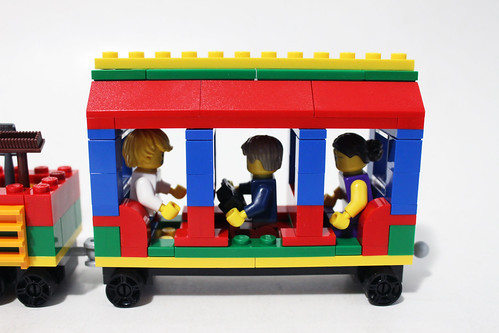 Finally, there’s a little station which is just a 2×8 plate on a couple of 2×2 plates. There’s also a stickered display of the LEGOLAND park and a flag to designate the station. 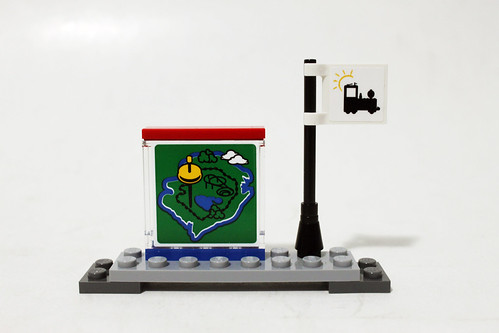 Overall, LEGO train fans may enjoy this little build but also maybe be a little harder to come by because it is exclusive to LEGOLAND parks. The minifigures are decent although there isn’t anything too special about them. The train itself is also not too bad either as it does resemble the one that is seen at some LEGOLAND parks.

There are a couple of downsides to the LEGOLAND Train (40166). The first is the stickers but there isn’t that much so it isn’t too bad. The main sort of downside of it is the fact that it is exclusive to LEGOLAND so if you don’t live near a park, you may have to find someone who does to get it for you or purchase off the secondary market. With that, I would like to thank my friend John for picking up this set for me a few weeks ago. 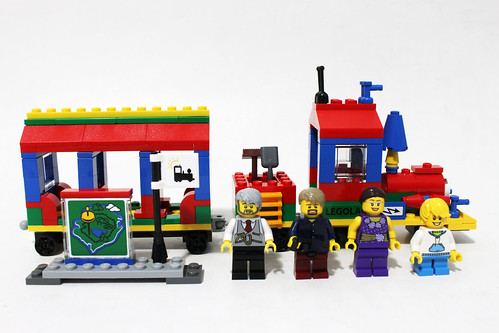