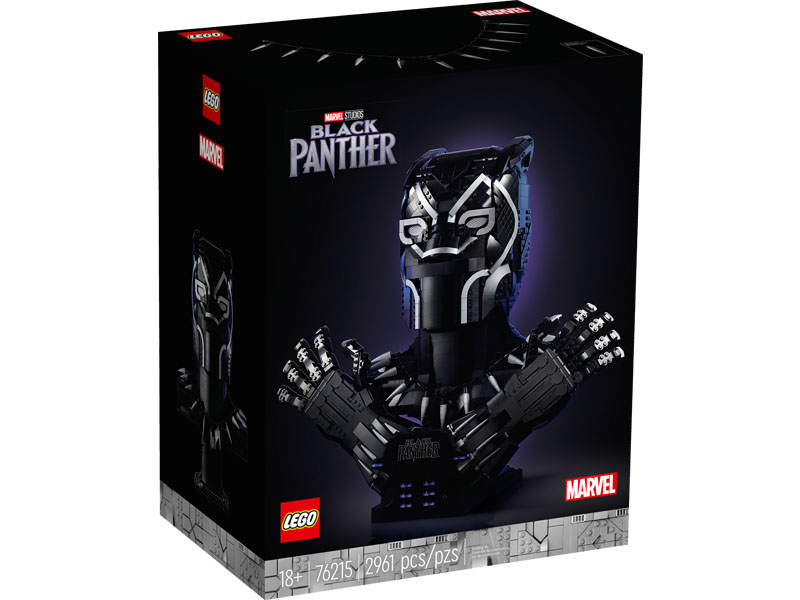 LEGO has officially revealed a brand new LEGO Marvel set with Black Panther (76215). Releasing on October 1, the set has 2,961 pieces and will retail for $349.99. The set features a life-sized bust of Black Panther and you can have displayed without the hands or with the iconic Wakanda Forever crossed arm pose. 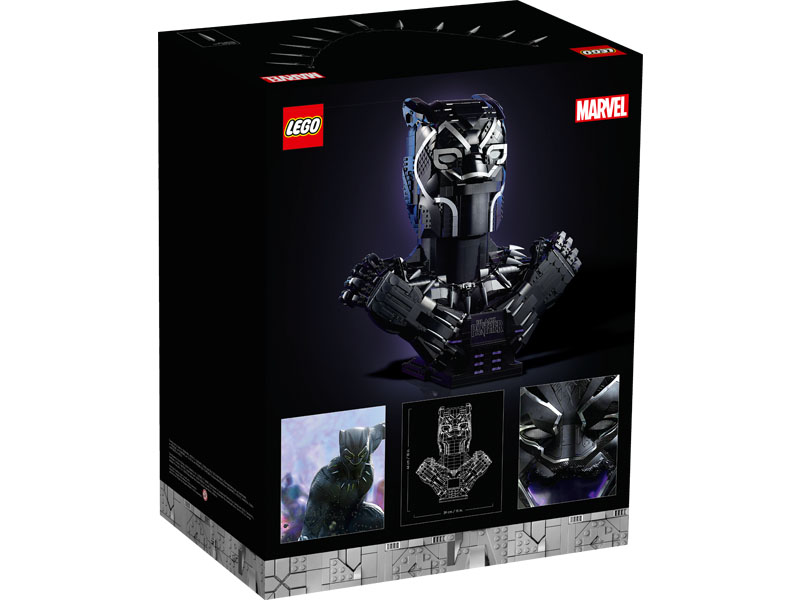 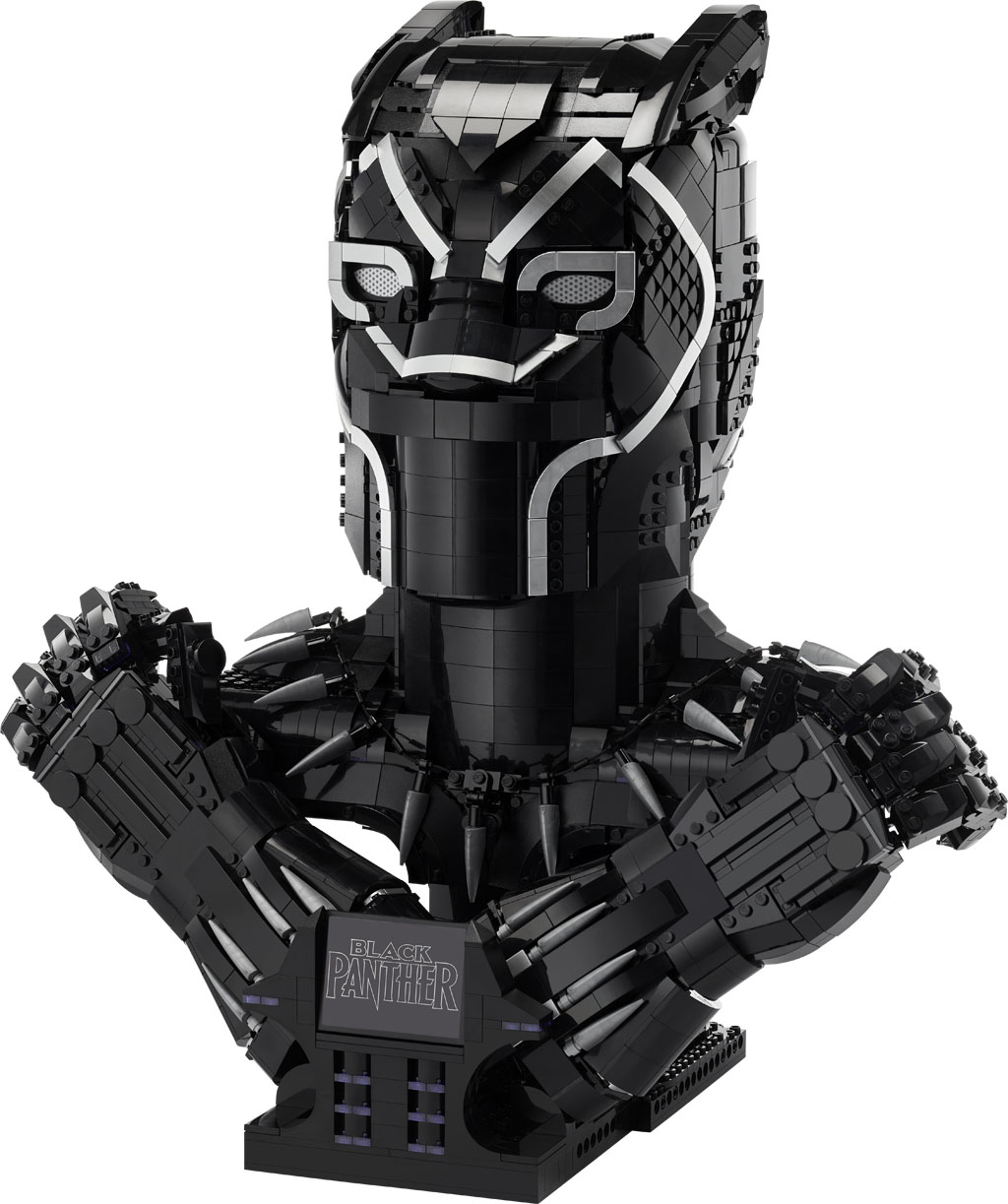 7th September 2022: Today, the LEGO® Group is excited to announce the new LEGO Marvel™ Black Panther™ set – celebrating one of the greatest superheroes of all time! Based on the character from the award-nominated blockbuster, the new set lets you immerse yourself in the Marvel Cinematic Universe (MCU), as you build Black Panther in brick form.

The LEGO Marvel Black Panther set represents a life-size bust of the iconic superhero and can be positioned in either the distinctive “Wakanda Forever” crossed arm pose – or without. It is the perfect piece to display in your home to show your love for LEGO building, and the iconic character of Black Panther/T’Challa, The Black Panther character first appeared in 1966 in the Fantastic Four comic book, and was made ultra-popular with the release of the 2018 mega-hit film Black Panther, which truly solidified his place in popular culture, and inspired millions with his honour, pride, and courage.

In the much-loved film, Black Panther (King T’Challa)inherits the throne of the ultra-futuristic but secret African kingdom of Wakanda, which is powered by the alien metal of vibranium. When King T’Challa is challenged by the supervillain Killmonger for control of his nation, he must use his Black Panther superpowers of lightning-fast speed, brilliant ingenuity, and supreme fighting abilities to defeat his enemy, protect his country, and save the entire world. Now Marvel Studios have confirmed that the film’s sequel, Black Panther: Wakanda Forever, is due out in cinemas on 11th November. 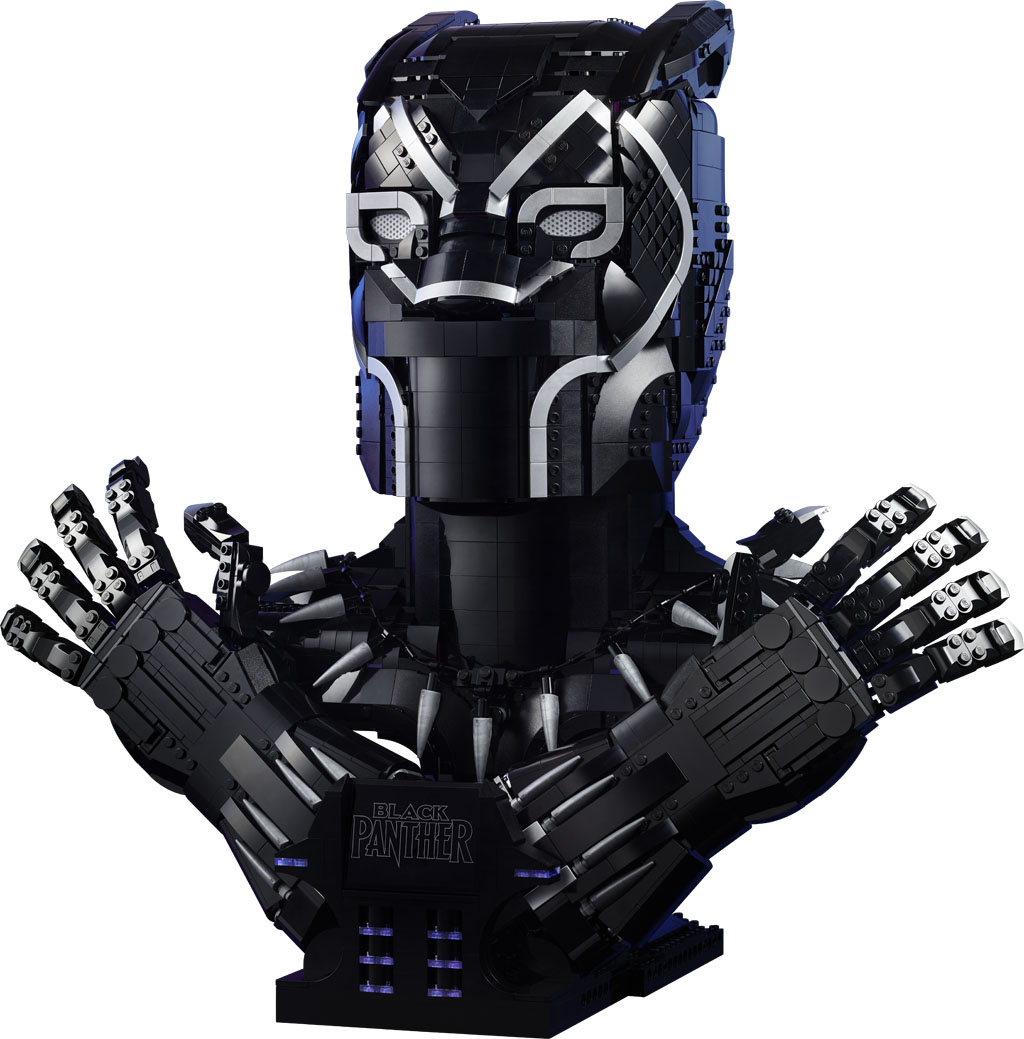 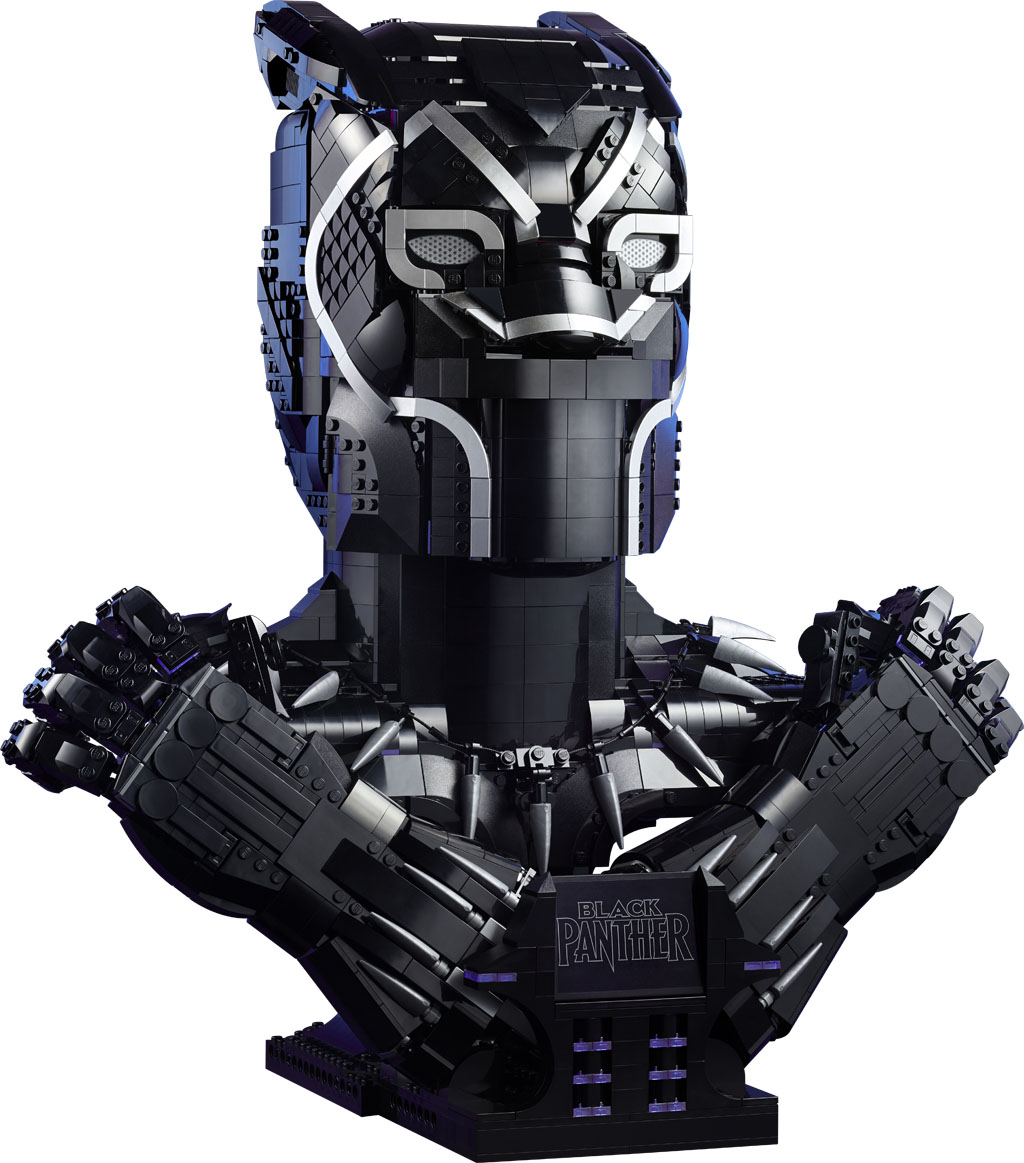 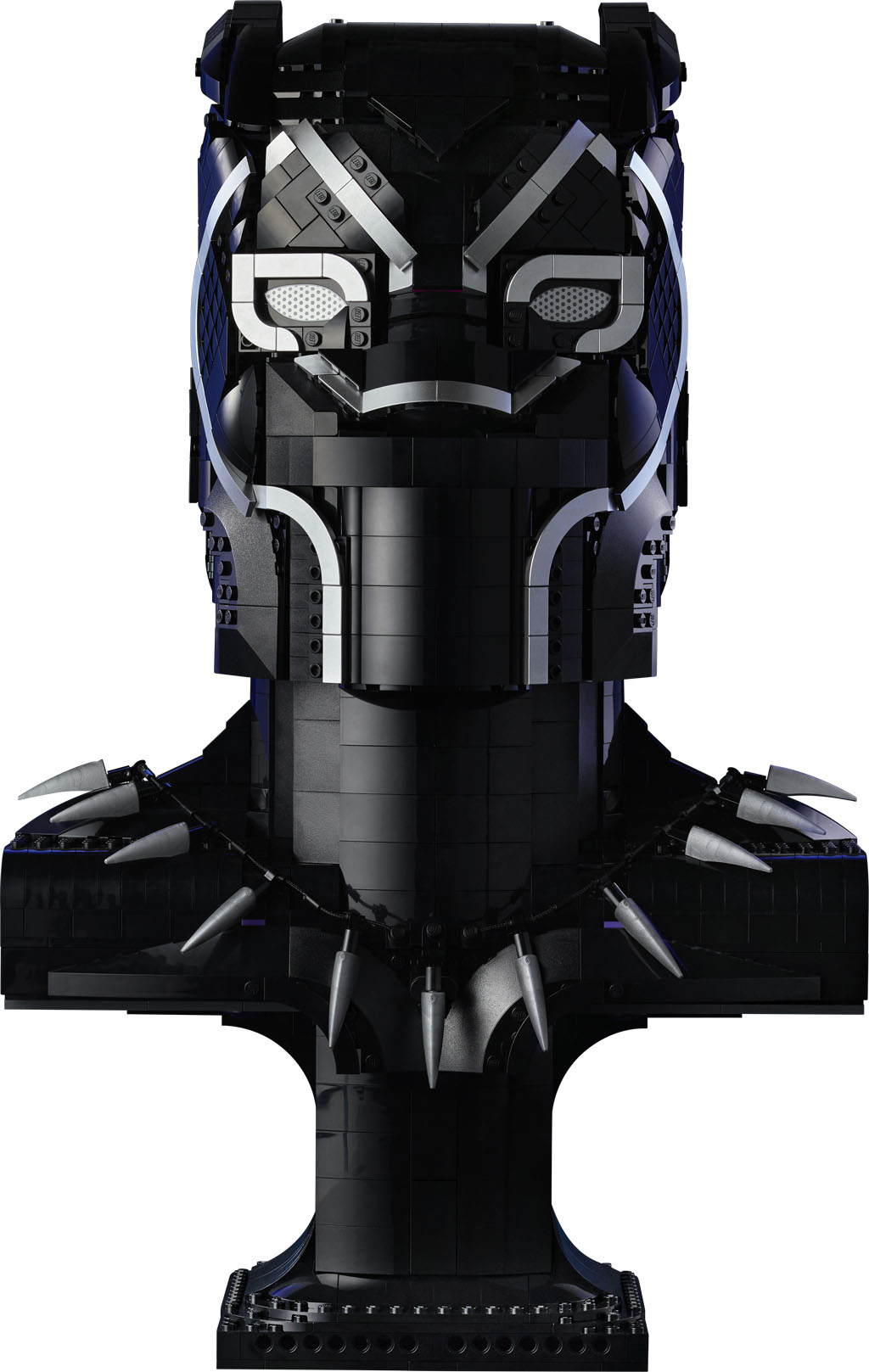 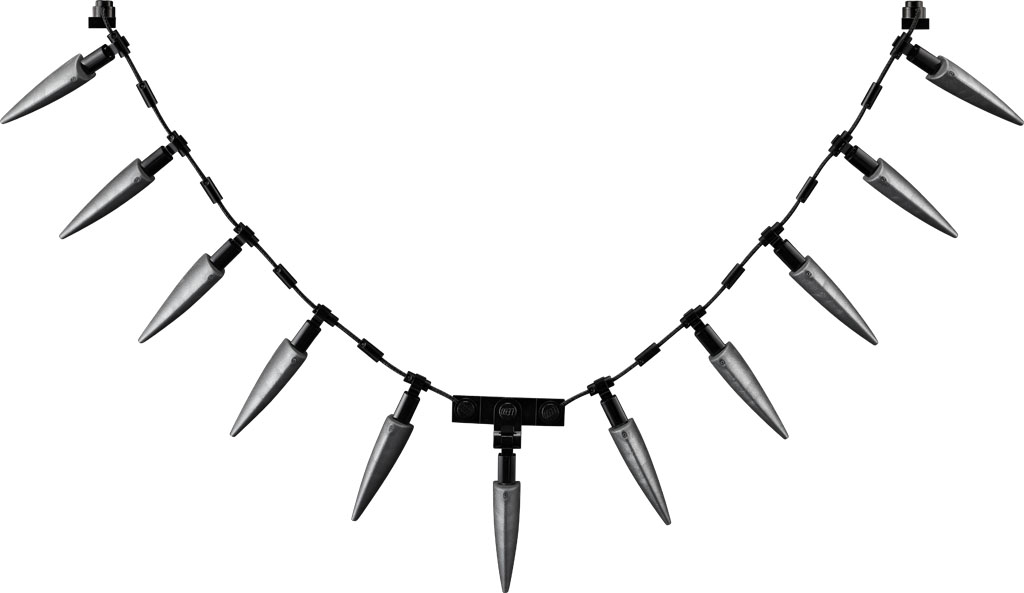