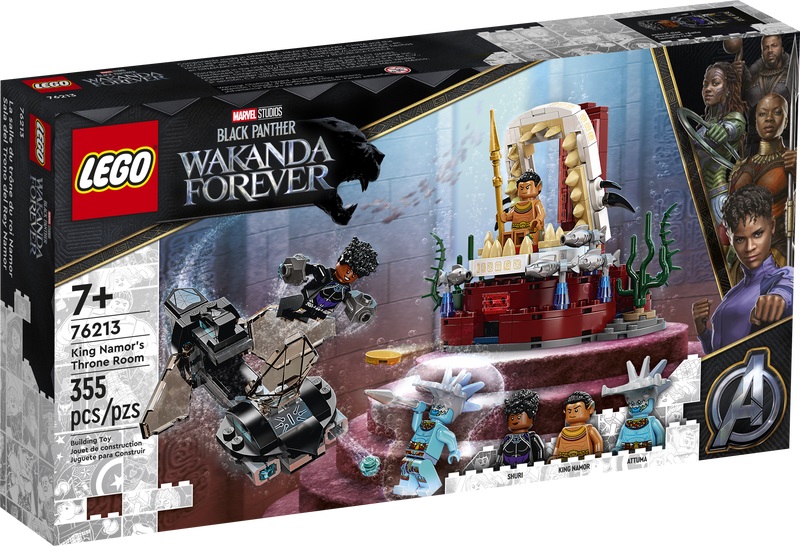 After seeing some preview images of the new LEGO Marvel Black Panther: Wakanda Forever sets last week, there are now product listings on the LEGO Shop with the official images. The sets will feature various scenes from the upcoming movie and there are some spoilers of who could be the new Black Panther is as well as our first minifigures of King Namor and Attuma. I believe there is still one more set that has yet to be revealed, most likely because of spoilers. 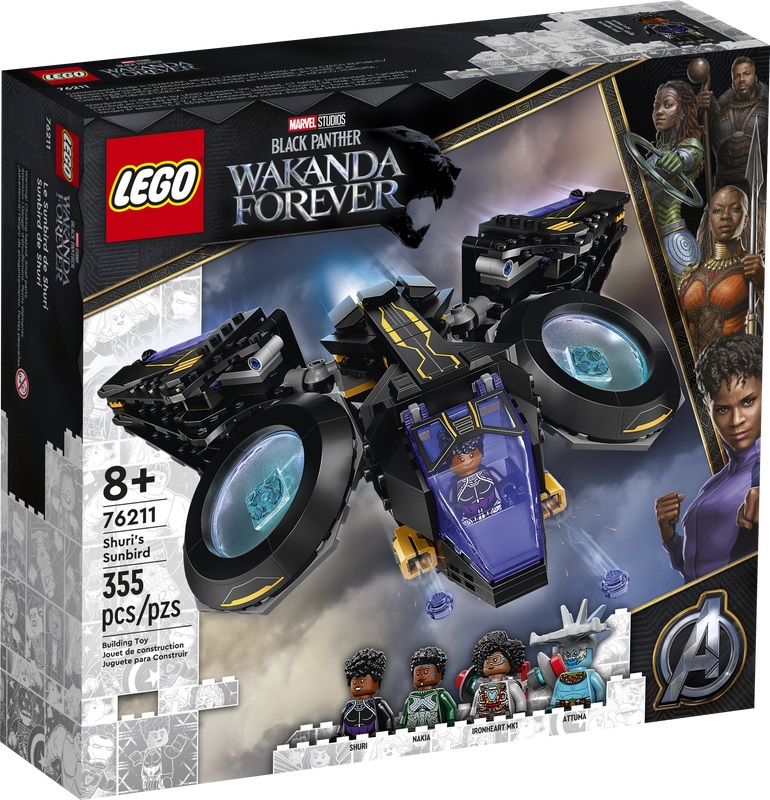 LEGO® Marvel Shuri’s Sunbird (76211) looks as amazing as it is for kids to play with. Put this aircraft in the hands of a Black Panther fan aged 8 and up and watch their imagination soar!

The best for both play and display
This impressive aircraft is an authentic recreation of Sunbird, the fantastic flying machine piloted by Shuri from Marvel Studios’ Black Panther: Wakanda Forever. This versatile and powerful-looking piece of Super-Hero equipment features 2 large engines on ball joints that kids can tilt and rotate to a variety of angles. Hinges allow the wings to be folded forwards and backwards. At the rear is storage for Shuri’s fist weapons, and 2 stud shooters are mounted at the front. The set includes 4 minifigures – Shuri, Ironheart MK1, Nakia and Attuma – along with their cool weapons and accessories.

• Wakanda forever! – Put the LEGO® Marvel Shuri’s Sunbird (76211) into the hands of a Black Panther fan and take their imagination to Wakanda and far beyond
• 4 characters – Includes Shuri, Ironheart MK1, Nakia and Attuma minifigures, plus a spear, fighting rings and jetpack. The buildable Sunbird includes 2 stud shooters, rotatable engines and foldable wings
• Easily adapts for action – The adjustable engines and wings let kids reconfigure the aircraft for different play scenarios with the 4 characters and accessories 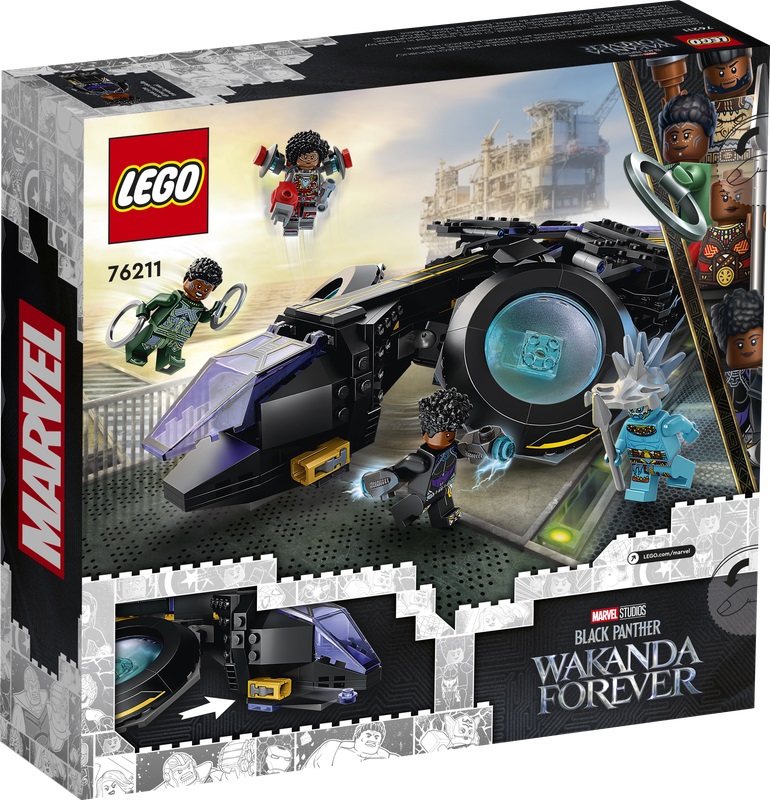 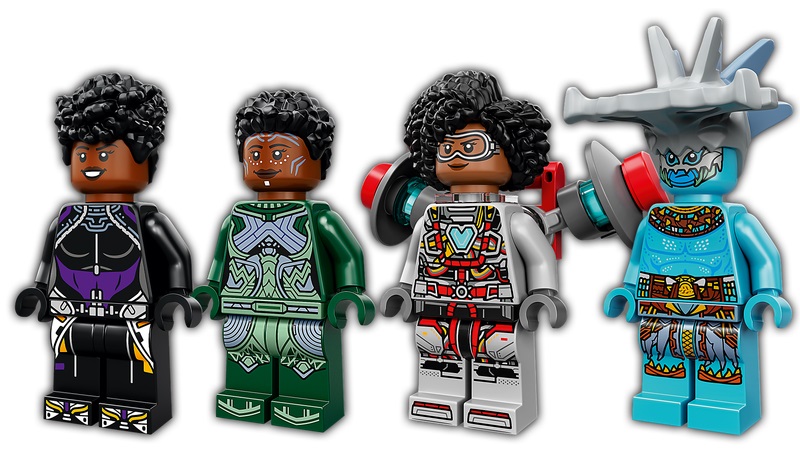 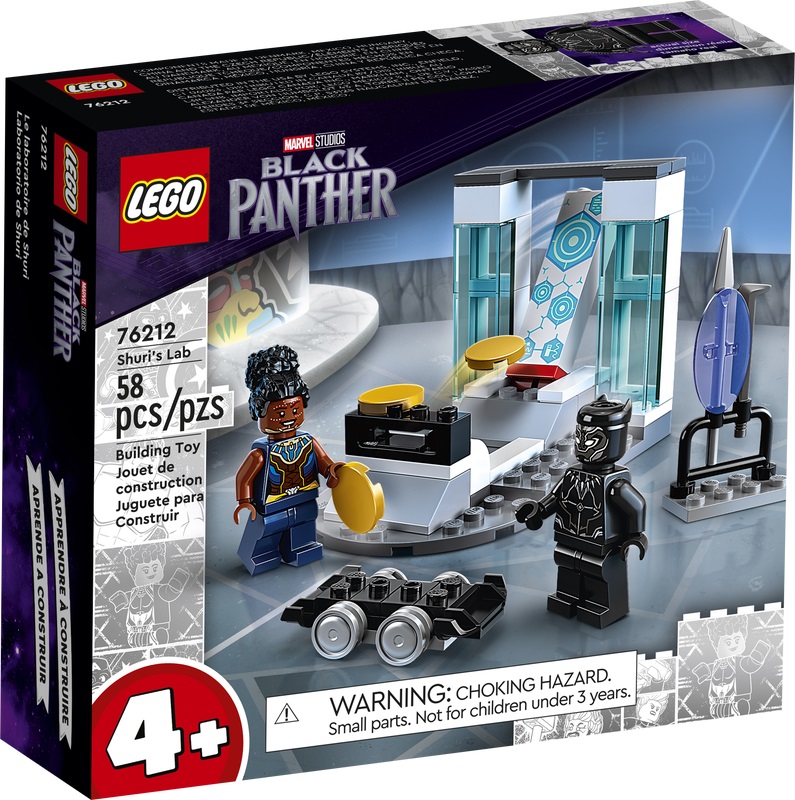 The very best start
There’s lots to engage and entertain youngsters inside Shuri’s lab. Shuri has power gloves to test while Black Panther whizzes around on his hoverboard (will he avoid the weapons rack?). There’s even a chance for disc-shooter target practice. Inside the box, each bag of bricks contains a complete model and character that kids can build quickly to get the play started fast! There’s also a large Starter Brick that gives youngsters a partly constructed lab from which to start building. Intuitive instructions are provided in the form of a colorful picture-story guide.

Great fun for families
LEGO sets designed for kids aged 4+ provide a great way for adults to join in the build-and-play fun, whether the youngster is a LEGO fan or experiencing LEGO bricks for the first time. 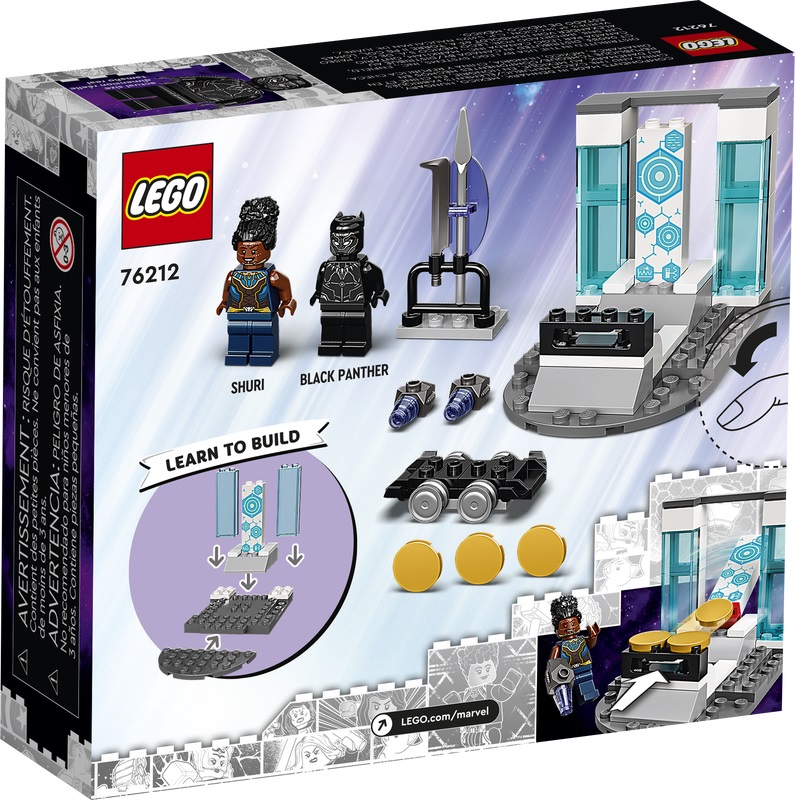 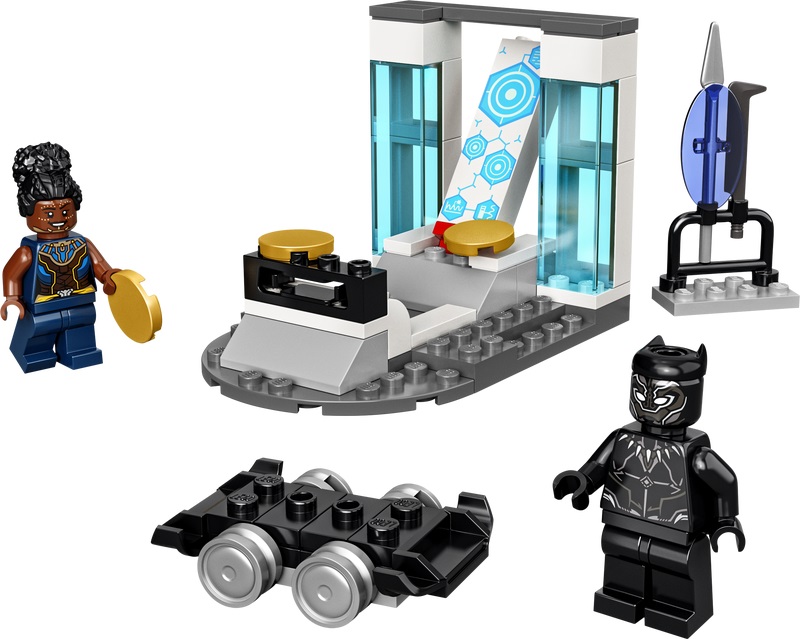 Submarine adventures for Black Panther fans
The sleek and stylish recreation of the Skirmisher submarine from Marvel Studios’ Black Panther: Wakanda Forever features stud shooters that kids can fire as they battle the villain Attuma. At the end of the sub’s journey, they’ll discover the Temple of King Namor and the King’s seaweed-decorated throne room. When this mission is over, kids return to the submarine and set off on the next of many more underwater adventures. The set includes 3 minifigures – Shuri, Attuma and King Namor – along with their cool weapons and accessories. 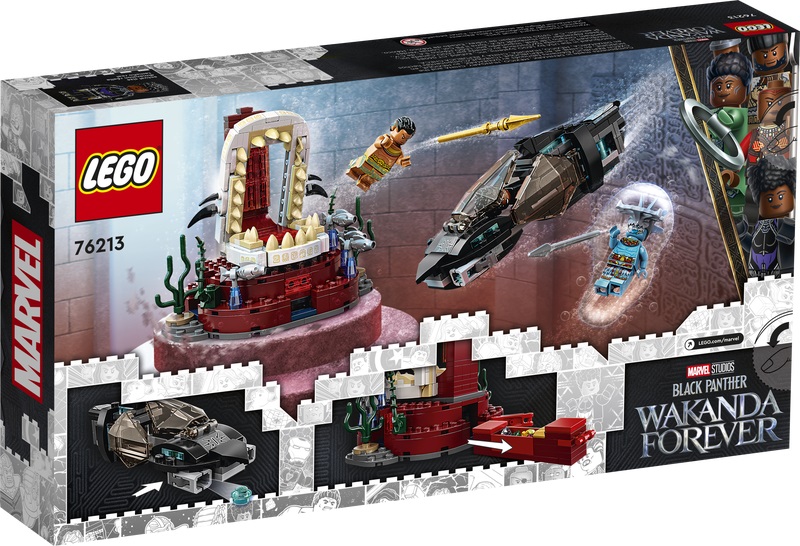 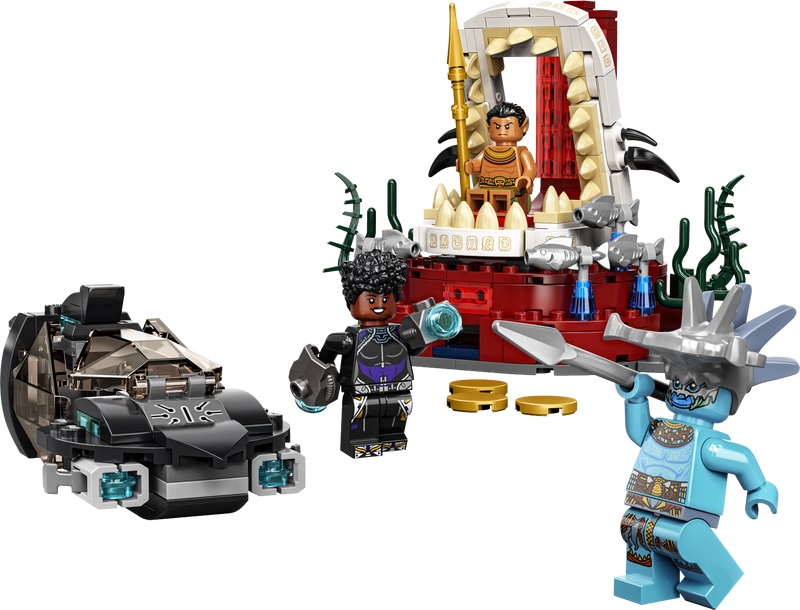 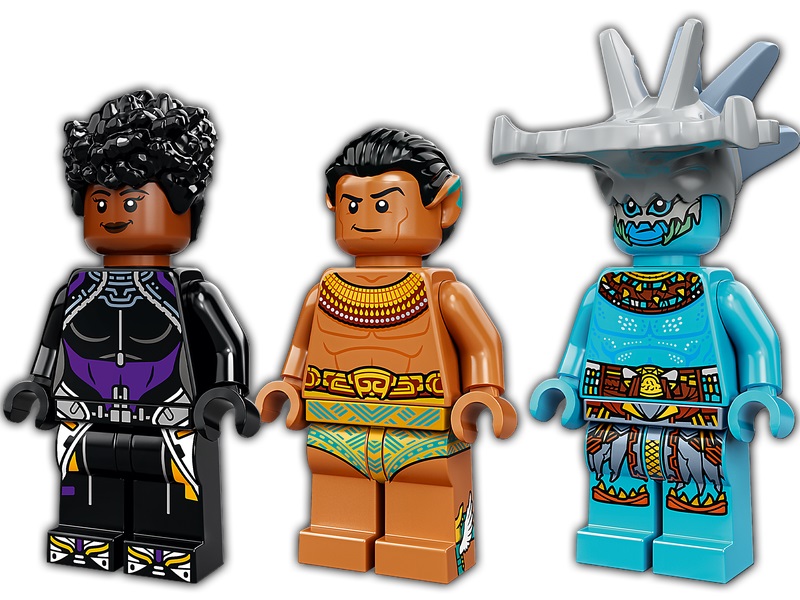