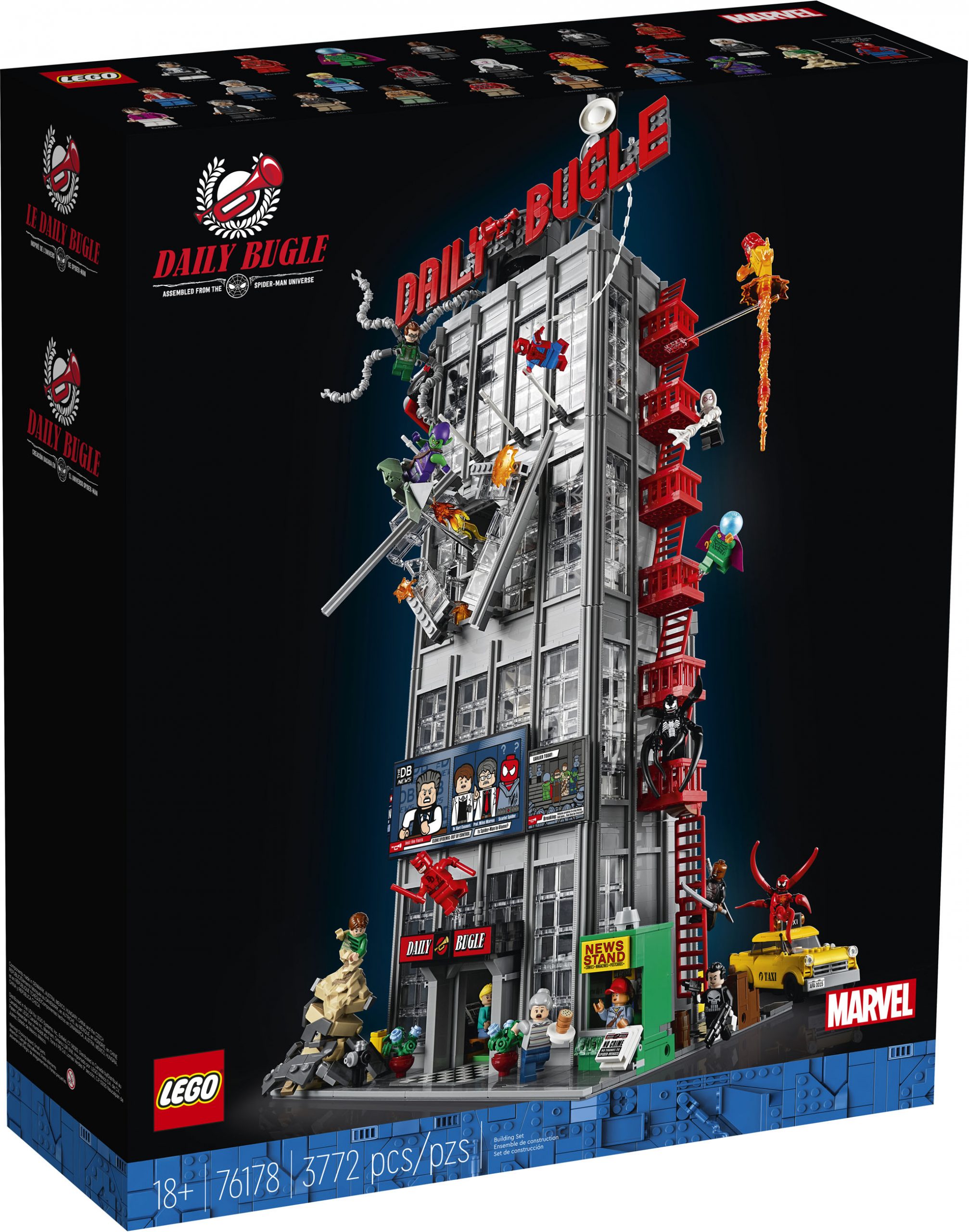 The LEGO Marvel Super Heroes Daily Bugle (76178) was announced a few days ago and with it comes a whopping 25 minifigures which is the most ever in a Marvel set. The designer of the set, Mark Stafford, recently did an AMA on Reddit and he revealed that the set originally started out with 60 minifigures but was whittled down to the current number. In addition, he also wanted the original Sinister Six but just couldn’t do it and a lot of minifigures actually were pushed to the regular sets first. Some of the characters that were omitted from the Daily Bugle include Deadpool, Human Torch, Iceman, and Spider Woman because Marvel was in charge of who they wanted to include. Unfortunately, Mark is not able to divulge the other minifigures that we wanted to put in the set but hopefully we’ll be able to see them in future sets.

Several. I had made a list around 60 long when I started!

I wanted the original Sinister Six, but we just couldn’t make it happen, we ran out of new figures we could make. In fact because it was so minifigure heavy a lot of figures from this set were pushed out into the standard retail line (they ended up coming out first).

TO give you a few names I wanted Deadpool, The Human Torch, Iceman, Spider Woman – all Spiderman’s buddy’s. But Marvel also have to agree and some of the decisions to include or not include figures were up to them and like I said others we just didn’t have the capacity to include.