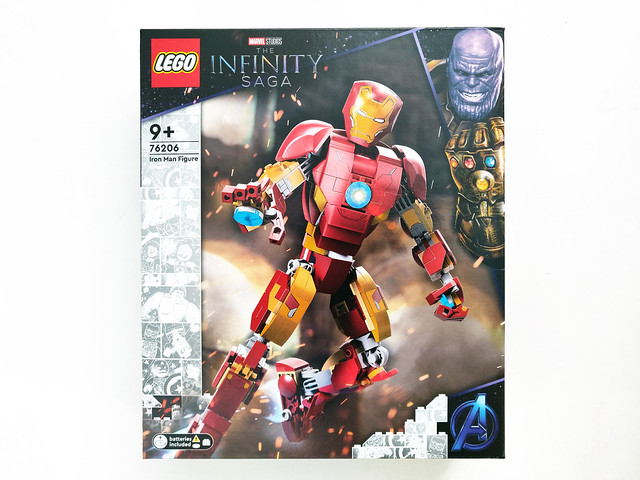 Making a return in 2022 for the LEGO Marvel theme are the buildable character sets and the first one is the Iron Man Figure (76206). Unlike the buildable characters from years past with the cartoony looks, these sets are more screen accurate. Releasing on January 1, the set has 381 pieces and will retail for $39.99. Let’s see if the set is worth that price point. 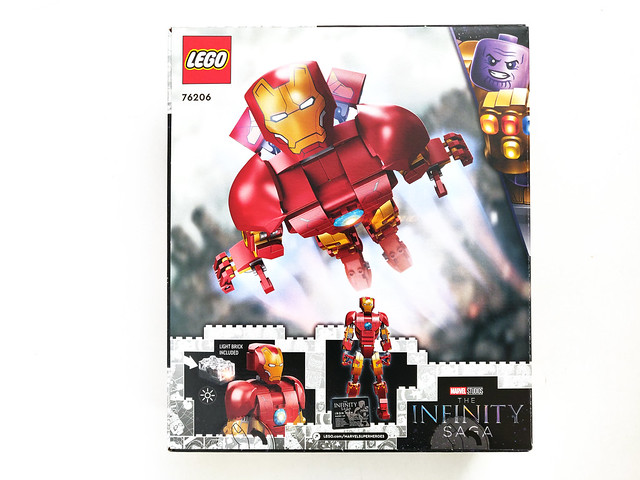 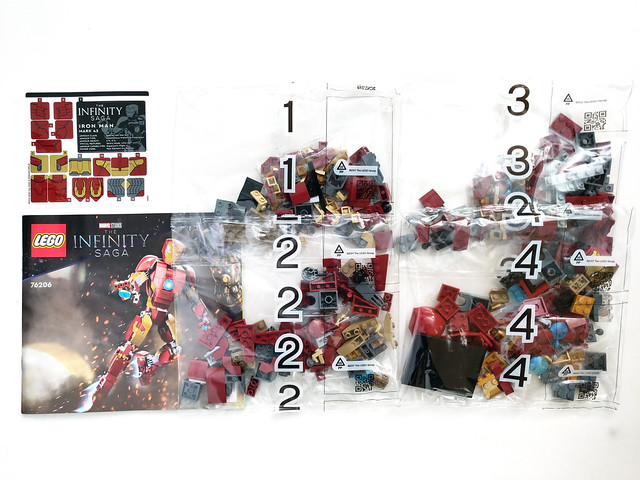 At first look, Iron Man does look pretty accurate to its on-screen counterpart. It is based on the Mark XLIII (Mark 43) suit which was seen in Avengers: Age of Ultron and there is some damage on the armor which is depicted by stickers on the torso. Speaking of the torso area, there is a lot of articulation on it with ball joint on the shoulders, shoulder armors, and wrists along with hinge swivel on the elbows. The fingers are clipped on but there’s only four fingers. The head is also on a ball joint and you get a lot of movement looking up but the armor blocks some of the movement when it looks down. 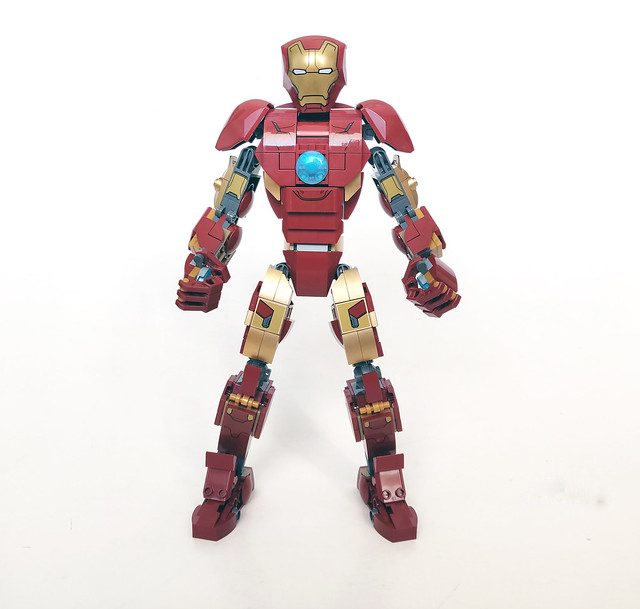 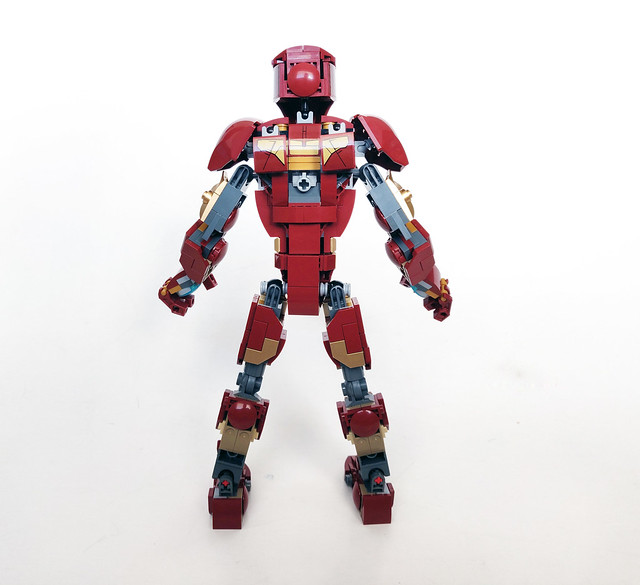 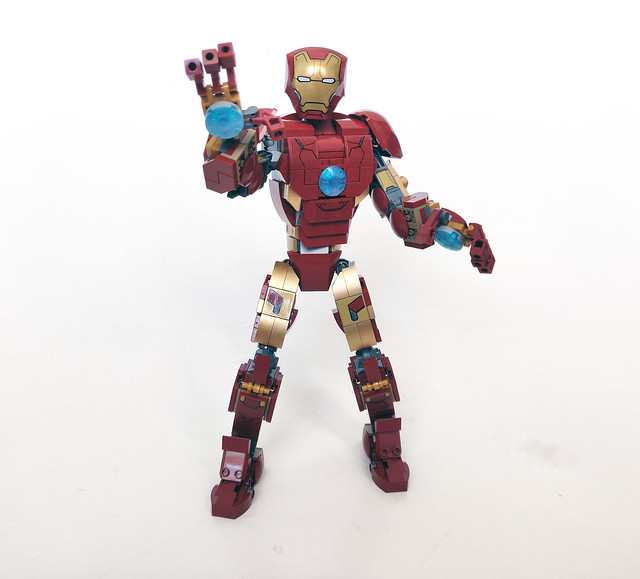 Iron Man’s back has some thrusters that uses some small Mixel joints to angle up. The main feature here is the light box that lights up the Arc Reactor in the front of the chest. It gives off a bright orange light that doesn’t work as well as it should. The idea is nice but the result is off. 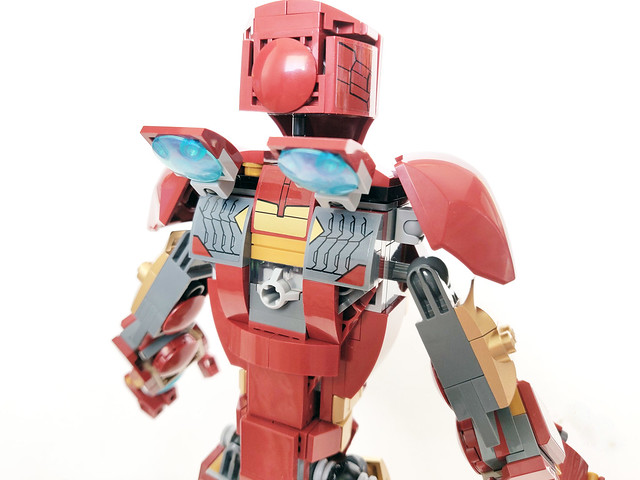 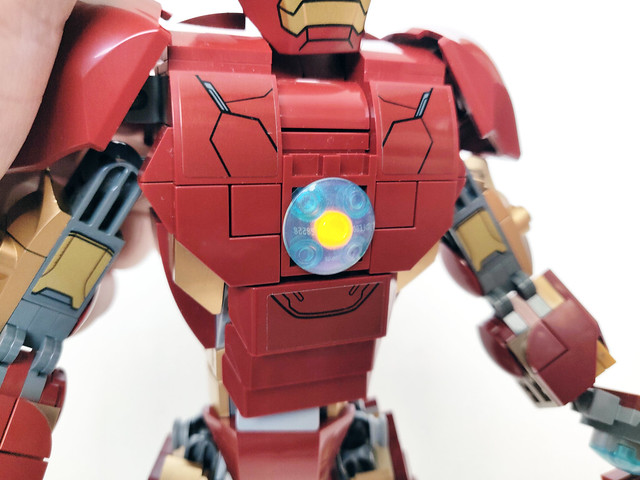 For the lower half of Iron Man, you get a full 360 degree swivel at the waist. The legs are on ball joints but the movement is very restricted due to the Technic bush 1/2 smooth piece that are at the ends of the pin that goes through the pelvis. They are used to secure the ball joint but if you remove it, you get a lot more range. 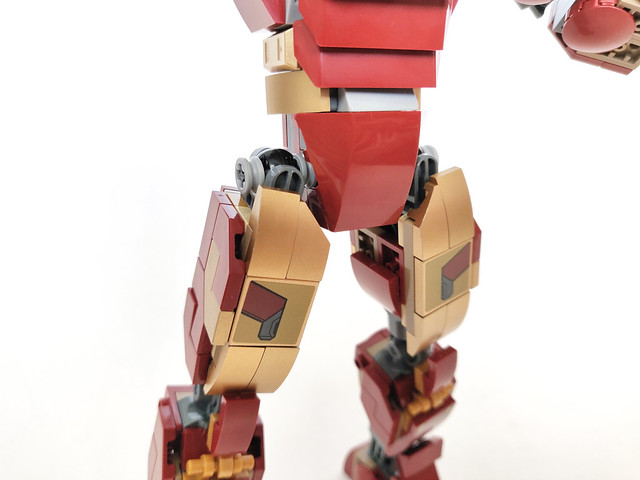 The knees are on ratchet joints while the feet are on ball joints. The ratchet joints gives stability to the whole figure itself and they work very well. There are are some smaller armor pieces in the knees and feet that are on hinges that move along when you pose the figure. The bottom of the feet have some trans-light blue bricks to represent the thrusters. 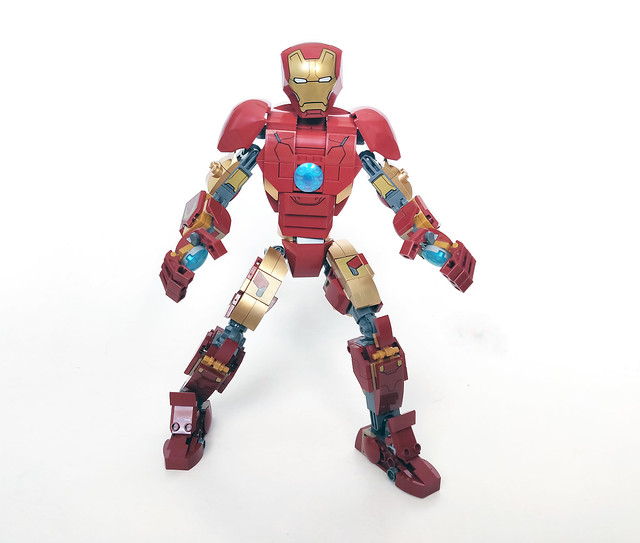 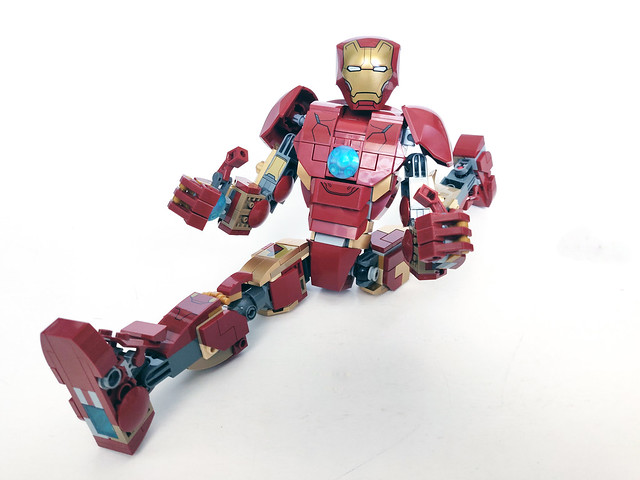 Lastly, also included with the set is an information plate showing some of the specs of the Mark XLIII suit. 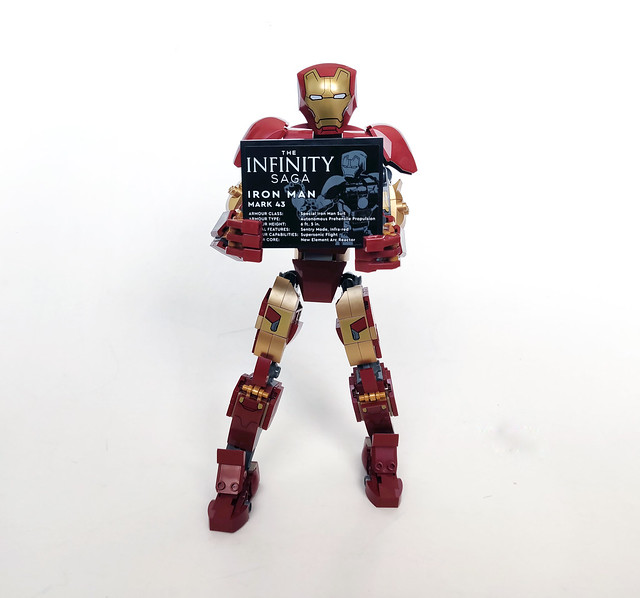 Overall the LEGO Marvel Iron Man Figure (76206) has its pros and cons. The anatomy seem to be fairly accurate but it is still missing a finger on each hand. There are some articulation limitations where the arms can’t lift too high or else the shoulder armors will pop off and in the pelvis/leg area. Be very careful of not opening the legs too wide or else the Technic piece will go shooting out. Other than that, it can still be posed in a wide range of action positions. If LEGO would’ve included a stand for the figure, it would be icing on the cake as you can have a lot more poses but as it stands, he only has standing poses. 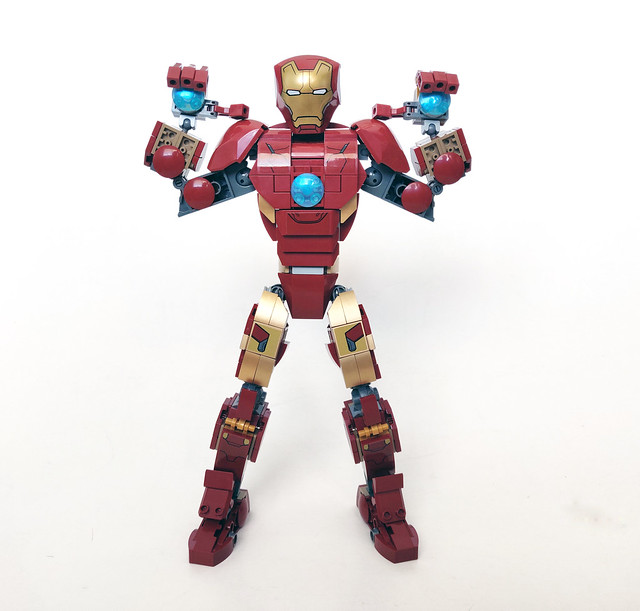 The detailing on the armor is as good as it can get without plastering it with stickers but there are still a good amount on it. Luckily, the head is printed so you don’t have to worry about it having a crooked face.

The light up brick Arc Reactor, like I mentioned before, is a good idea but the end result isn’t as good as it should be. Maybe if the light was blue, it would’ve worked better but the orange isn’t accurate. 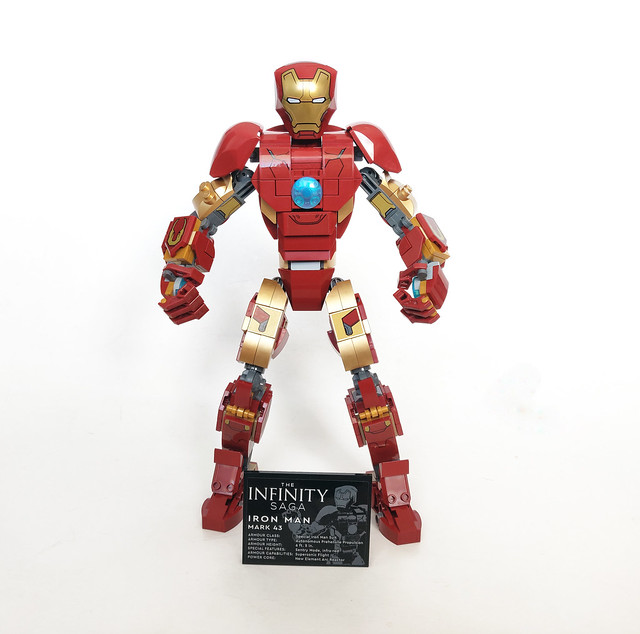