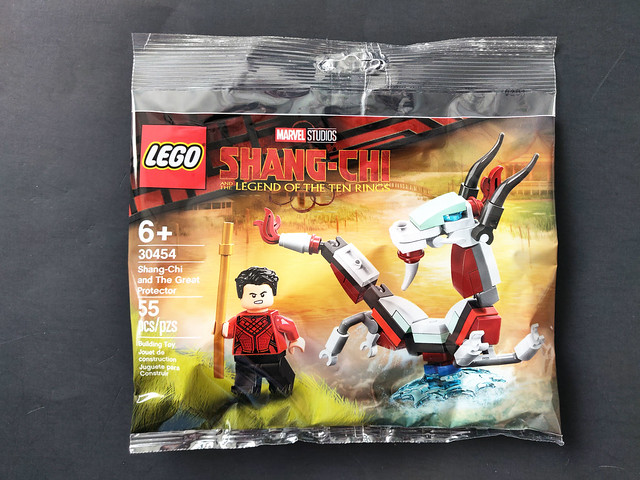 Earlier this month, LEGO launched the promotion for the LEGO Marvel Shang-Chi and The Great Protector (30454) polybag and in less than a day, the promo ran out of stock on the LEGO Shop. I finally got my order in the mail and here’s a quick look at the polybag.

The Shang-Chi minifigure is same one as in the other two sets in the wave which includes the Escape from The Ten Rings (76176) and Battle at the Ancient Village (76177). He wears a red outfit with black accents on both sides of the torso while the legs are plain black. Some arm printing would’ve been nice but it’s pretty accurate to the on-screen version. He has a pearl-gold staff as an accessory. Surprisingly, he doesn’t have any rings included. 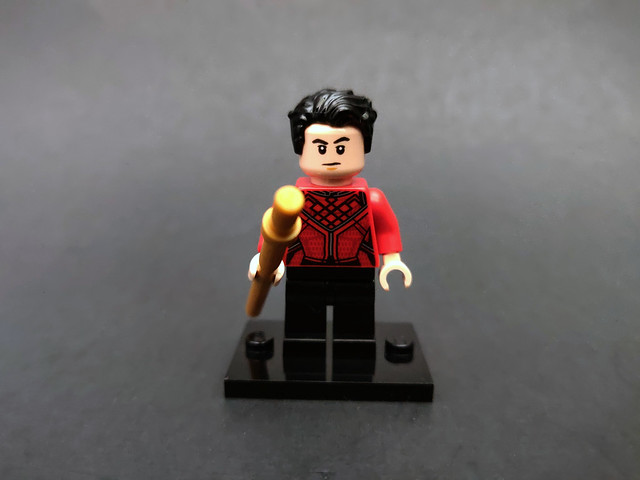 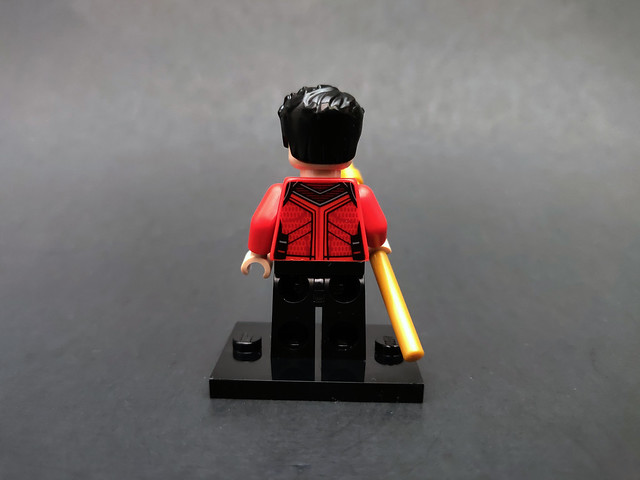 He does have a double-sided head but it’s the usual expressions we’ve seen before with the stern and angry expressions. Also the flesh tone is different from previous minifigures that featured Asian actors. Previously, LEGO used nougat colored parts for Asian characters. LEGO has released a statement about this:

Thanks for sharing your thoughts with us on this matter. Representation in toys is very important and we know the big impact that play has on children. Children are our heroes and we want them to feel both represented and empowered. We are actively looking at ways where we can better represent everyone in our minifigure designs.

In working on representation we are not alone, we work closely with our IP partners to find the most suitable characters, expression and skin tones for characters when designing our sets, but we appreciate that some fans feel that we could have done better in this case. We’re sorry for this. We’ll ensure your comments are questions are shared with the right people here to help guide us toward the right solution in the future. 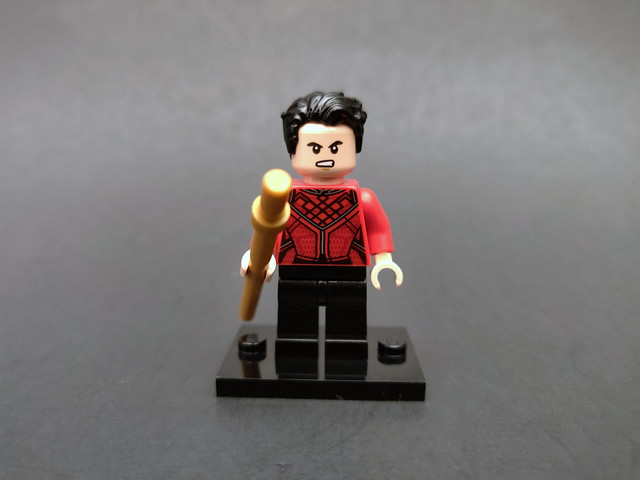 The Great Protector is a smaller version of the water dragon from the Battle at the Ancient Village set. If you haven’t watched the trailer, it was shown for only a couple of seconds. The red and white color scheme is similar to the larger counterpart. All the connections use ball joints and the head and legs use hinges so there’s a wide variety of articulation that goes into it. There’s a trans-blue design plate that is used for water effect as well as a stand. On the back, there’s connector plate for Shang-Chi to stand on. 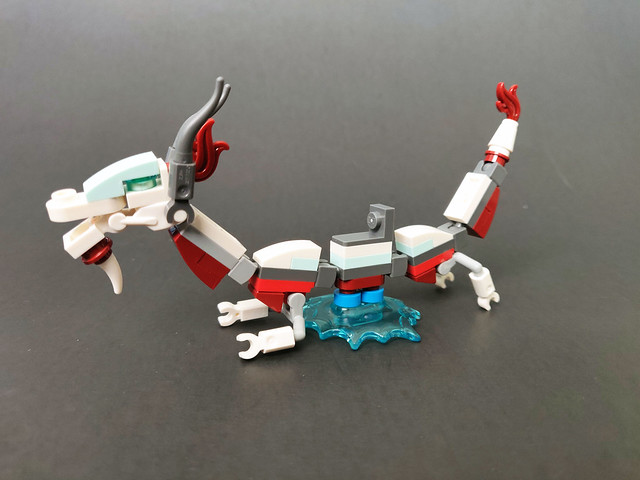 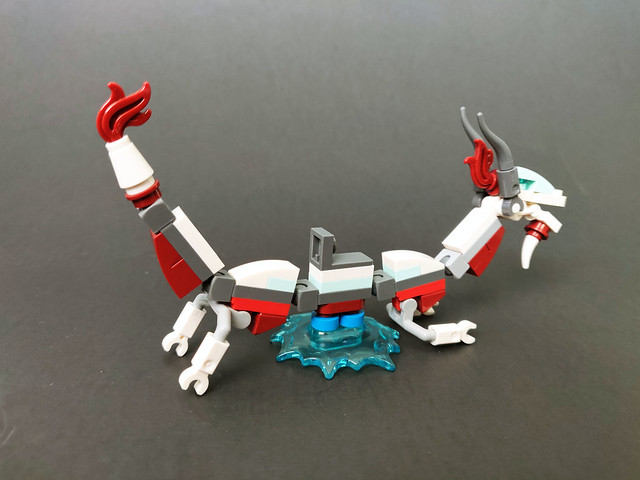 The LEGO Marvel Shang-Chi and The Great Protector (30454) polybag is a fun little polybag goes well in the wave even though there’s a larger version of it available as well. Even though it sold out on the LEGO Shop, there have been reports that it is also available at Meijer and possibly at Walmart later on. 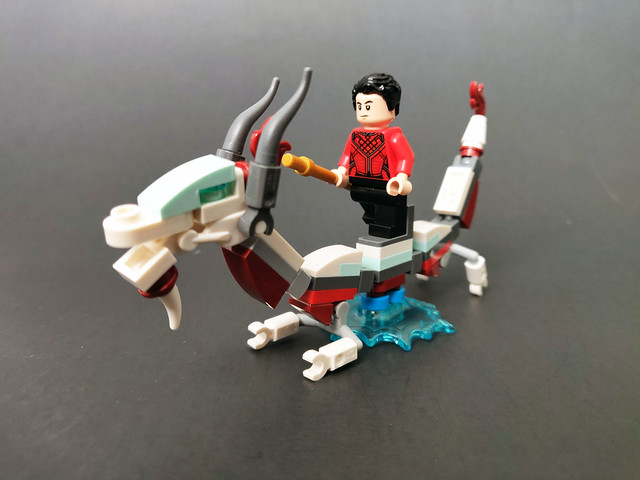