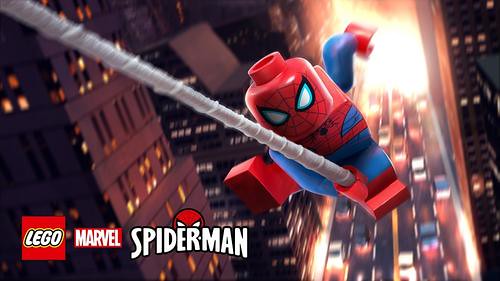 Marvel just announced at New York Comic Con 2018, there will be a new animated LEGO special called LEGO Marvel Spider-Man: Vexed by Venom that will be airing next year. The synopsis of the animated special is:

Tech theft is at an all-time high thanks to Green Goblin & Venom… So can our Friendly Neighborhood Spider-Man put an end to their mysterious villainous scheme before all of New York City is destroyed?

Some of the voice actors that will be in the show include Robbie Daymond as Spider-Man/Peter Parker, Ben Pronsky as Venom, Josh Keaton as Green Goblin, Laura Bailey as Ghost-Spider/Gwen Stacy, and Tara Strong as Mary Jane.

There will be a LEGO Marvel Super Heroes set that called Spider-Man Mech vs. Venom Mech (76115) that will include some of these characters but I’m not sure if it is tied to the animated special or not.