A few days ago, LEGO released one of the more anticipated LEGO Marvel Super Heroes sets for the summer 2015 wave, the Ant-Man Final Battle (76039). This set is currently the only set that is being produced for the upcoming Ant-Man movie that will be released in July. The set contains 183 pieces and retails for $19.99. There are some discrepencies right now with the set on [email protected]

regarding the piece count being at 195. The contents of the box includes two numbered bags, an instruction booklet, a comic book, and a sticker sheet. 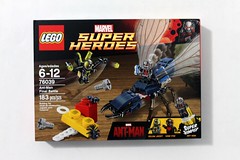 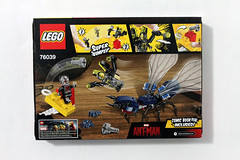 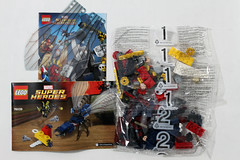 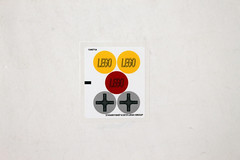 In my opinion, the main draw of the set I believe are the minifigures themselves. There are three in this set and they are equally fantastic. First is Ant-Man, aka Scott Lang. He wears the new red and black Ant-Man suit that we’ll be seeing in the upcoming movie. The red parts on the torso and legs have some nice mesh-like printing on them on both the front and back. The helmet is grey with some trans-red lines going down the front and around the eyes. He does have a double-sided head with a relaxed expression on one side and a sort of a confused look on the other. 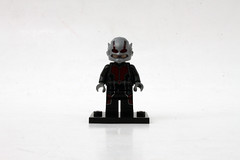 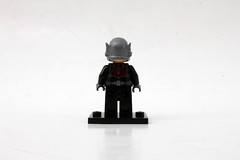 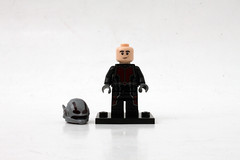 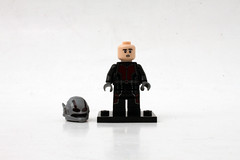 Next up, we have Hank Pym also in an Ant-Man suit but a slightly darker one. He also has a double-sided head which is of an older person that has normal and angry expressions. If you follow the comics, Hank Pym was the original Ant-Man until he passed his equipment on to Scott Lang. Note that on the action shots on the front and back of the box art, Hank Pym isn’t shown. Many sites have stated that by having Pym in a suit, it could be a spoiler that he will indeed be donning the suit in the movie. What’s interesting about this minifigure is that Michael Douglas who plays Hank Pym stated that he will not be wearing the Ant-Man suit so this one that he’s wearing with the minifigure is probably a different one unless this is one of those LEGO sets that aren’t connected with the movie in any way. 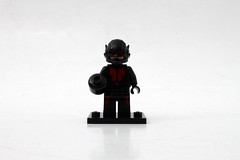 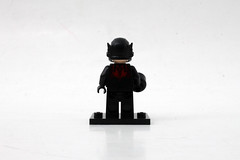 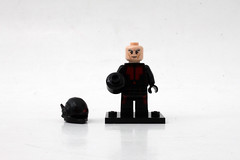 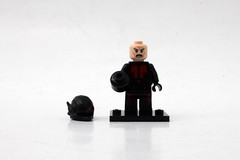 The last minifigure in the Ant-Man Final Battle set is Yellowjacket. In the movie, it has been noted that Darren Cross takes over Hank Pym’s company and technology to create a new Yellowjacket suit. The suit is mostly grey with some yellow accents on front and back of the torso and front of the legs. He has a single-sided head with a stern expression. The helmet is pretty cool as it has some trans-yellow in the eyes area that you can also see through. His accessory are the extra arms that is attached to the back. At the end of the arms are a couple of the new stud shooters. 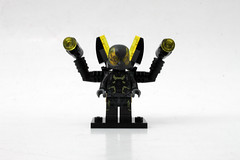 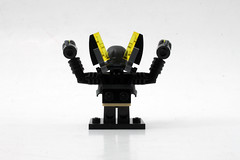 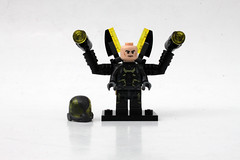 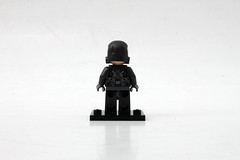 For the build, LEGO used some imagination for the first part of the set. The red 1×1 brick as well as the 1×2 yellow plate are both brick-built. The studs on them are stickered with the LEGO logo but it looks totally fine. Another part of the little build are the two brick-built screws made up of some 1×1 studs, a round brick, a 2×2 round plate, and a 2×2 round tile finished off with a sticker of a Phillips head. 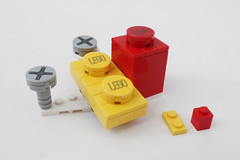 The other part of build is the flying ant. For those who don’t know, the ant is actually normal size while the minifigures are miniature versions of themselves. The majority of the ant is blue with some red and black there and there. The head is attached to the thorax using the new ball joint while the thorax is attached to the abdomen using a simple hinge. The head is pretty simple looking with some mandibles in the front. The thorax area has a spot for Ant-Man to sit on. Near the back, the large wings are created by using some TECHNIC pins to hold them together and attached to the body with a ball joint. Also in this area, the six legs are attached at the lower part of the body. I’ve heard that some people had some issues with the legs being loose and was the cause of the delay of some shipments. I didn’t seem to have any issues with the legs on mine since they are pretty tightly attached. 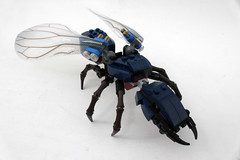 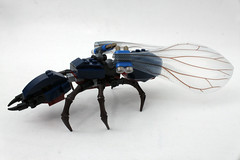 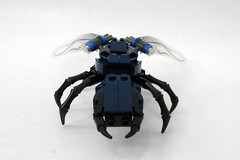 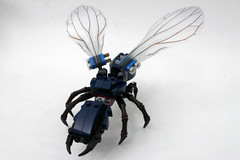 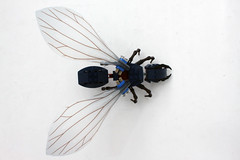 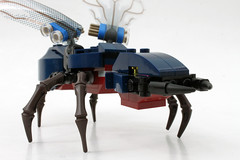 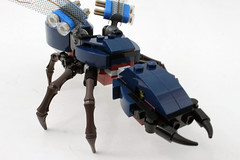 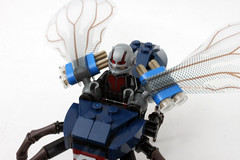 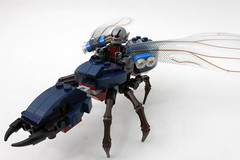 Overall, the Ant-Man Final Battle (76039) is a very nice set. At a sub-$20 price point, we get three exclusive minifigures that we probably won’t find in another set for a long time. The printing on the minifigures are super top-notch and are very detailed. The brick-built LEGO bricks is a novel concept and looks really cool next to their normal counterparts. The ant part of the build was decent. It wasn’t overwhelming as it wasn’t the main draw of the set because that honor went to the minifigures. There’s also a play feature with the Super Jumpers but I don’t use it. If I was to recommend some summer 2015 sets, the Ant-Man Final Battle (76039) 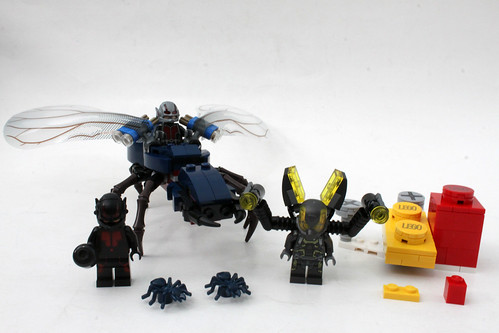