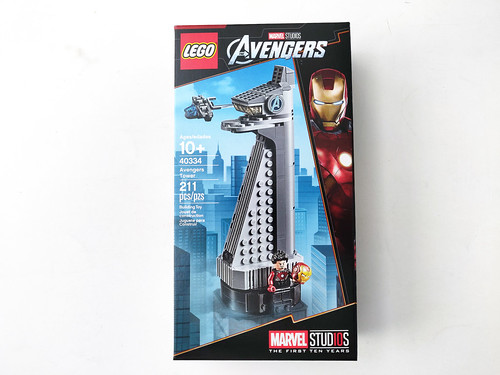 Starting this Friday, April 19 to May 2, LEGO will have a new LEGO Marvel Super Heroes gift-with-purchase promotion with the Avengers Tower (40334). You can get for free with purchases of $75 or more on LEGO Marvel Super Heroes products at LEGO Stores and on [email protected], while supplies last. LEGO has sent over an early copy to give you guys a quick look at it.

For the first time in a LEGO set, we get something that celebrates The First Ten Years of Marvel Studios as it shows on the bottom right corner. On the right side of the box, we get a cool image of Iron Man in the Mark 8 suit. 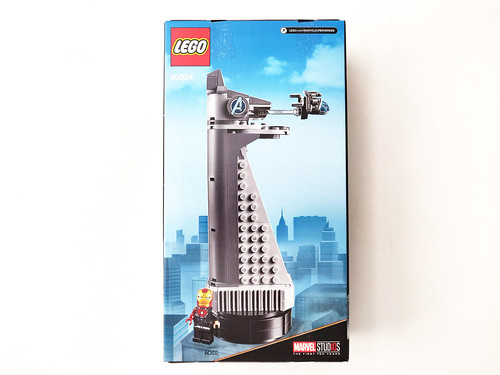 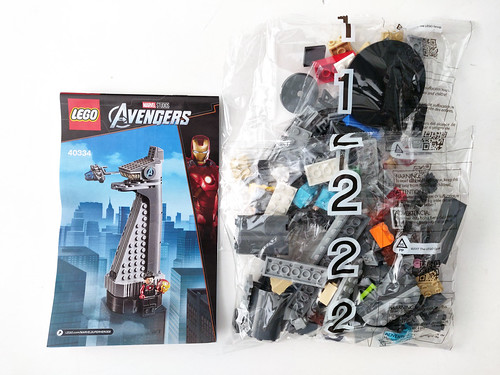 There is only one minifigure in this set and it is Tony Stark in a mid-transformation to his Mark 8 Iron Man suit. The front of the torso shows the top half of him with some of the armor on. The back of the torso also has some of the armor going on. One of the arms already has the armor on while the other is the normal one. The legs are plain black and I do wish LEGO would have done something with that. The head is double-sided with one side showing a confident look and the other has a heads-up display printed over the face. The hair is the usual spiky one that he had before. Lastly, he also has the Iron Man helmet to go along with the minifig. 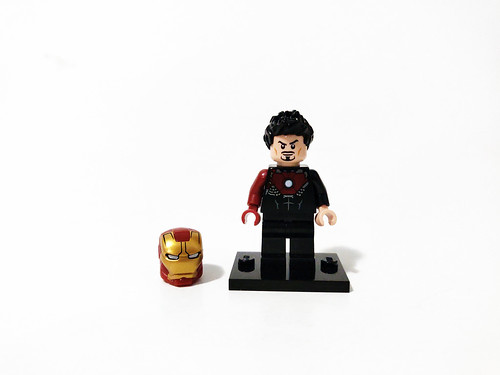 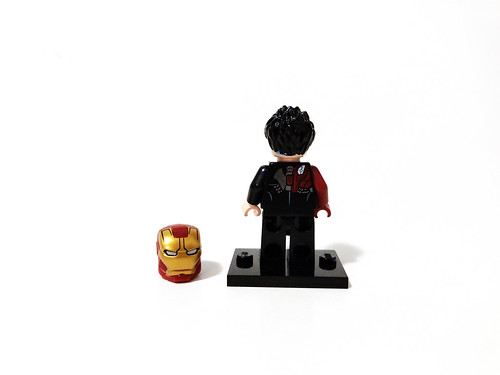 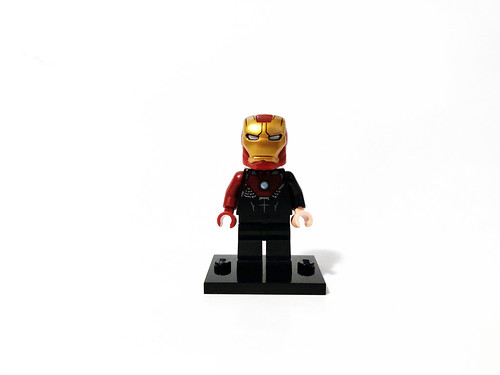 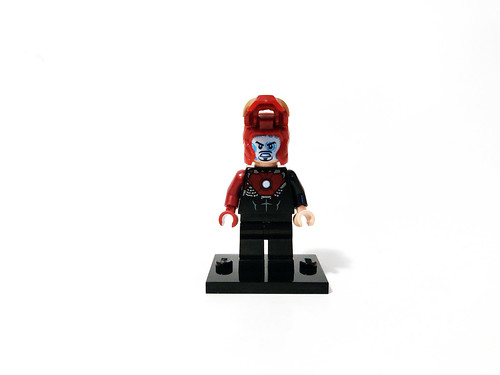 The first part of the build is actually the mini Quinjet. It only uses nine pieces and the most interesting parts usage are the blasers for the wings. Looking at it a bit further away, the Quinjet doesn’t look too bad. 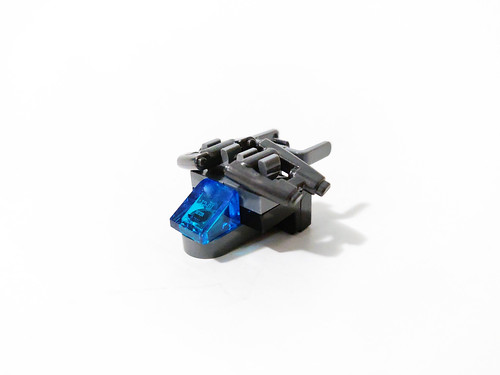 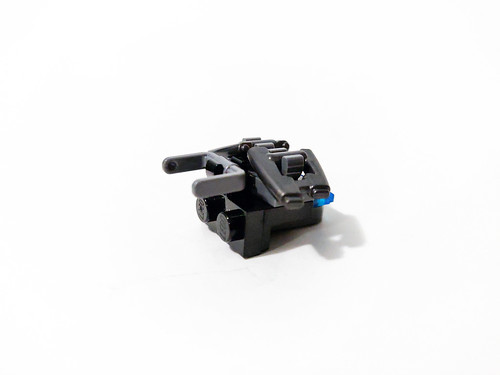 The Avengers Tower is very sturdy and makes a great display piece. The base uses a couple of round 8×8 tiles with some bricks sandwiched in between to give it some weight to support the rest of the tower. In the front, there’s a space for Tony to stand on. 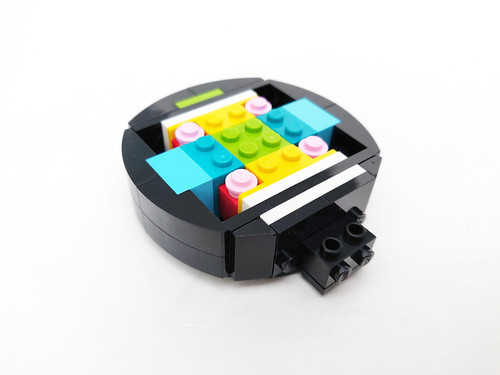 The next level up on the tower, there are some grill pieces going around it to show the office windows. 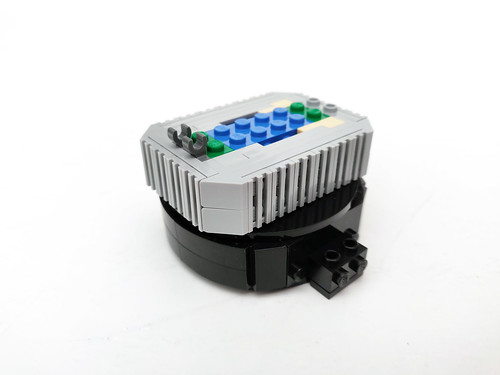 For the majority of the tower, we have some more grills going down the sloped part while the two sides use plates to cover up the middle. The back side uses some cylinder pieces for the round part of the tower. 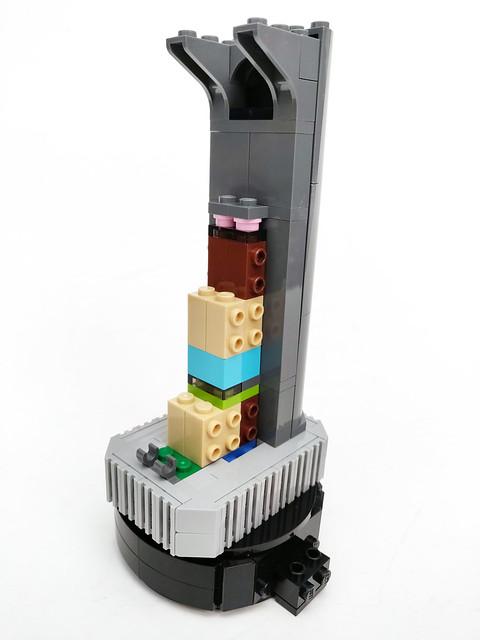 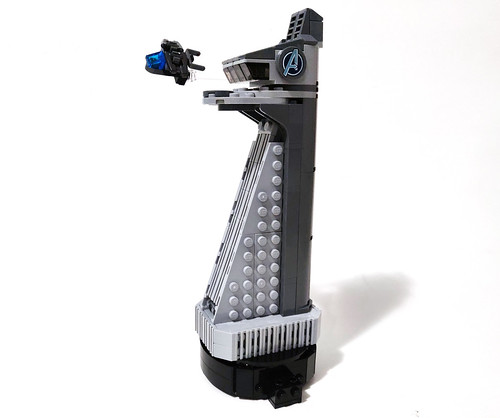 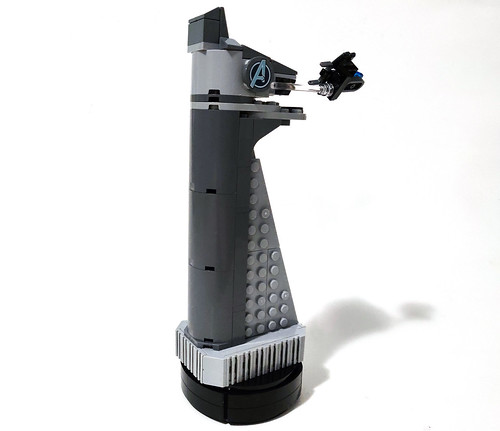 The penthouse area of the tower has a bit more detail with some trans-black slope for some of the windows. There are also some more slope pieces for the upper levels. The sides of the area have a couple of printed 2×2 round tiles of the Avengers logo. Finally, we have a trans-clear flagpole to attach the mini Quinjet to. 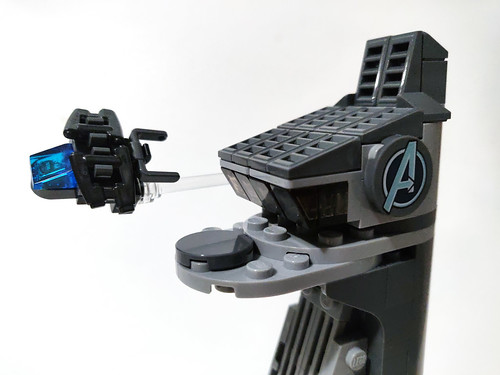 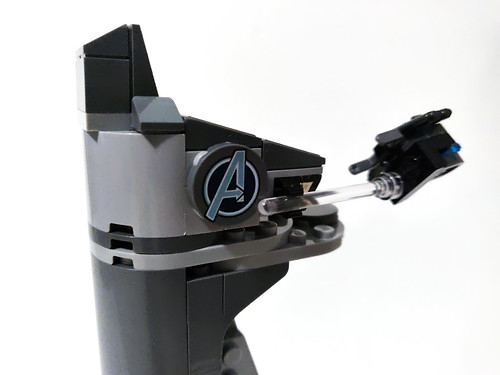 Overall, the LEGO Marvel Super Heroes Avengers Tower (40334) is probably the best promotion we’ve had so far this year. We do get an exclusive Tony Stark/Iron Man minifigure and the tower itself is a good size. It’s also nice to see LEGO celebrating The First Ten Years of Marvel Studios and hopefully we’ll see more sets in the future for it.

Again, you can get this set free with purchases of $75 or more on LEGO Marvel Super Heroes products starting on April 19 until May 2, while supplies last. 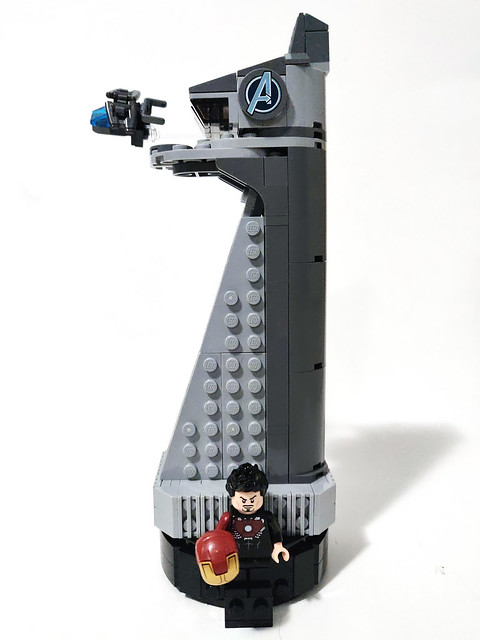