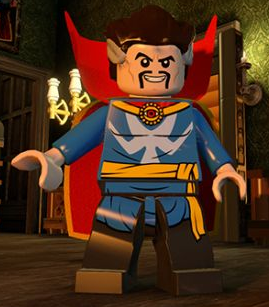 Did you catch that subtle hint dropped by Just2Good? He did his thoughts video about the upcoming 2016 LEGO Marvel Super Heroes sets and he dropped a hint about a set involving Doctor Strange coming next year. It could be a set tied in to the Doctor Strange movie starring Benedict Cumberbatch that will be coming out in November 2016 or one that’s based on the comic books but I think it’ll be the former since LEGO tends to release sets based off the movies from the Marvel Cinematic Universe even if it’s a one-off set such as the Ant-Man Final Battle (76039). I could be wrong though. Stay tuned as more information is revealed in the upcoming months.

Update: Sir Gareth on Eurobricks has said that the set is tied in to the movie a few months ago. I missed it since I don’t spend that much time on EB as I used to.