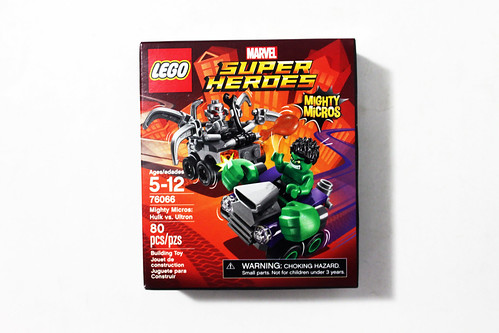 Some of the sets that were released recently that I was really excited for were the new LEGO Super Heroes Mighty Micros sets. The one set that really stood out for me from the line was the Marvel Super Heroes: Hulk vs. Ultron (76066). The set contains 80 pieces and retails for $9.99. When you open up the box, the contents of the box are pretty interesting as it contains two sets of instructions, two un-numbered bags, and a product leaflet for Civil War sets. Instead of the builds being in a small booklet, the instructions are leaflets similar to the ones you find in polybags. 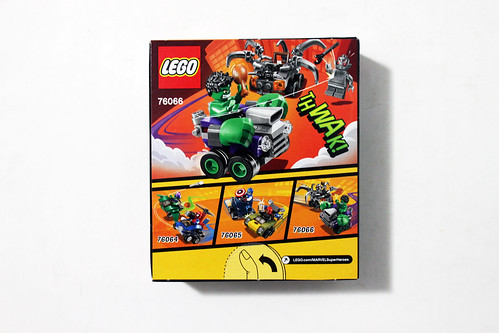 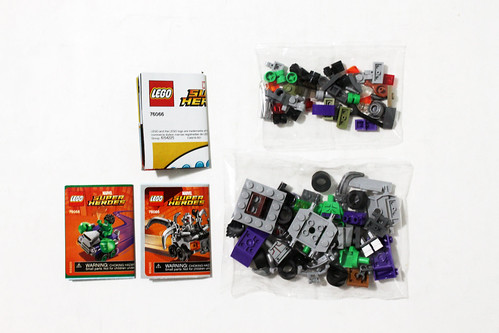 The Hulk minifigure is probably the one that I was most excited to see when the official images came out. The torso is the green color that we’re used to seeing with his muscles. Also on the torso is some purple belt printing with a “H” buckle. The face printing is what stood out the most with his very large gimacing expression. His accessory is a drumstick. 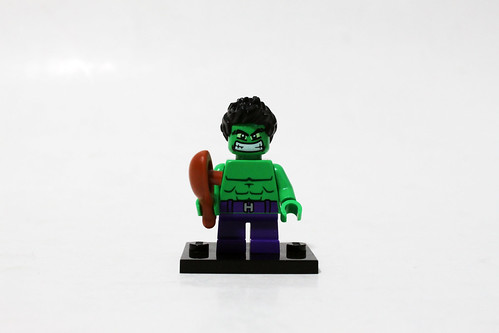 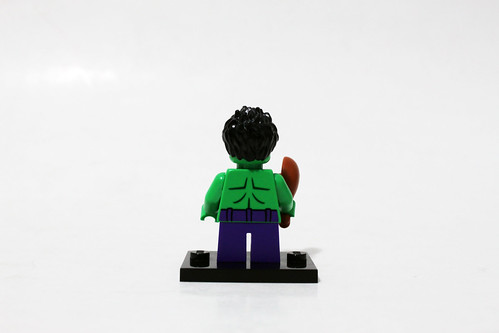 His Mighty Micro vehicle has a similar look to a hot rod with the engine in the front. What’s nice with Hulk’s vehicle is that it comes with two of his bigfig sized hands as a decoration along with some purple here and there so you get those classic Hulk colors. Since all the minifigures in the Mighty Micros line have short legs, they can only stand on their vehicles but it looks like they’re sitting so the design works out fine. 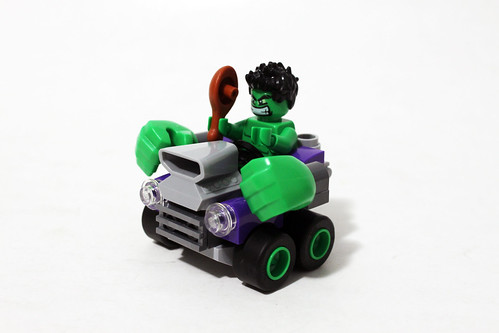 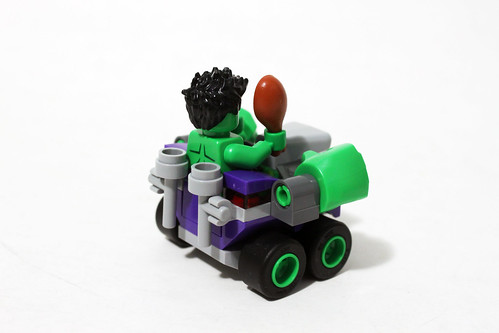 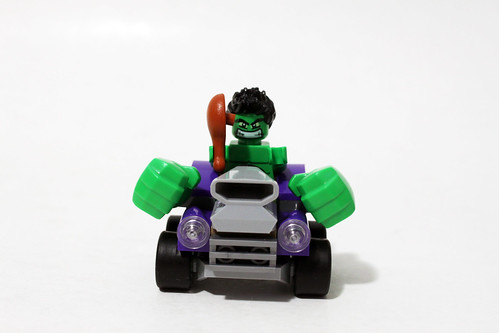 Ultron in this set also has some exclusive printing. The torso is fairly plain but he does have some nuts and bolts printing on both sides. The head has a pretty maniacal laugh going on. His accessory is a wrench. 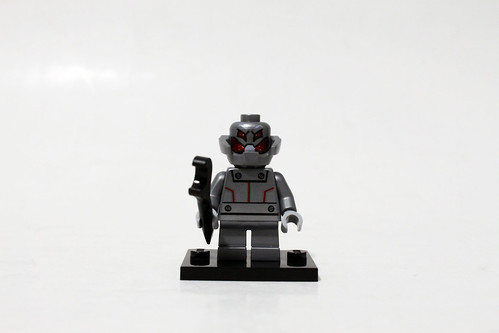 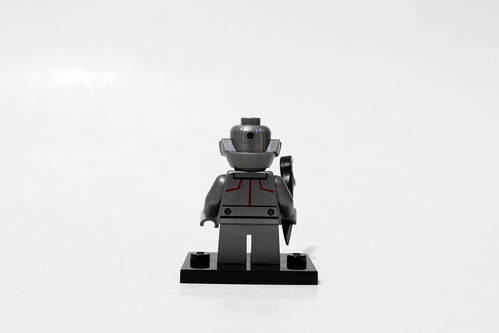 Ultron’s vehicle looks very menacing and has a similar style to a scorpion. There are claw pieces on the sides that make it look like legs while the claw piece in the back represents the tail. 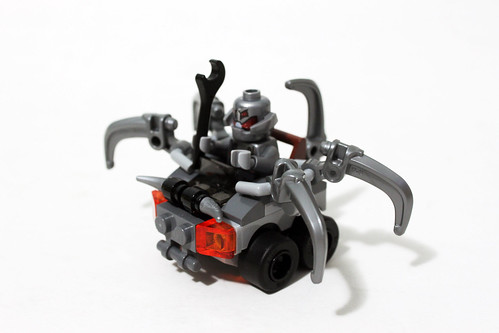 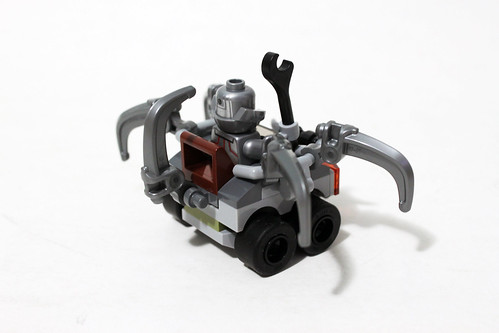 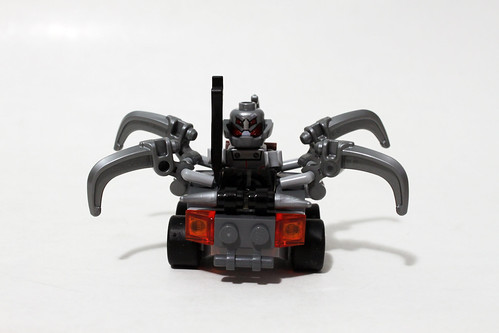 Overall, the Marvel Super Heroes: Hulk vs. Ultron (76066) was my favorite Mighty Micros set when I first saw images of it and it didn’t disappoint. Both the minifigures and the vehicles look great. I’ve seen people complain that they look too cartoony but that’s because they’re supposed to. The minifigs have this chibi-style look that I absolutely love and the vehicles really reminds me of the Choro-Q/Penny Racers from the 70s and 80s. For what you get for the price, this is a no-brainer. 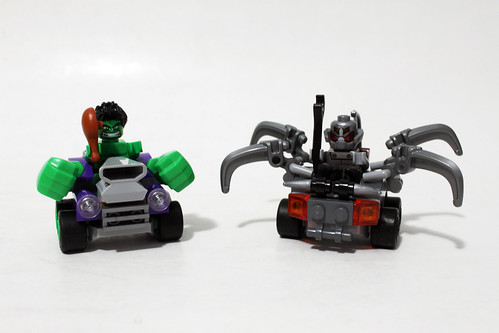