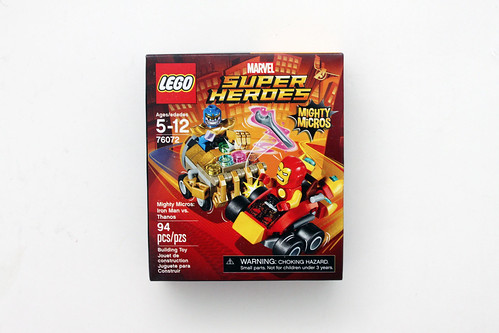 The next LEGO Mighty Micros set I’ll be reviewing from the 2017 wave is another popular one with Iron Man vs. Thanos (76072). The set has 94 pieces and retails for a decent $9.99. The contents of the box include two unnumbered bags, two instruction leaflets, and the parts list/advertisement. 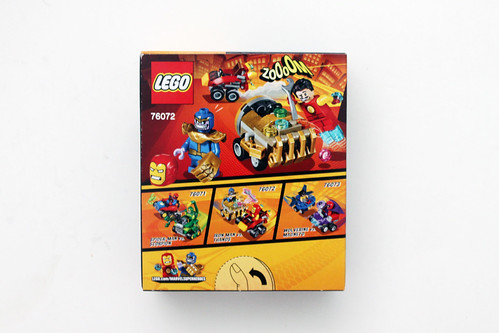 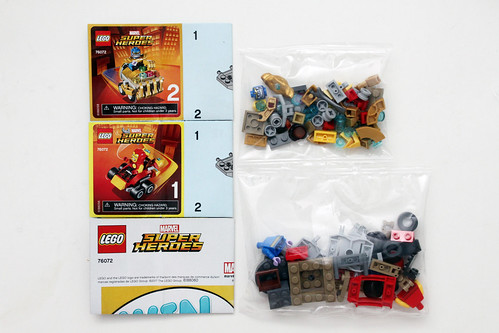 This version of Iron Man looks very similar the Ditko Armor which is the Model 2 armor from the comics. The design is really simple with most of it being red with yellow arms. The arc reactor is also yellow with some printing at the waist which goes around the back of the torso. Unlike the other Iron Man minifigures we’ve gotten in the past, the helmet does not open up but instead it’s a whole piece with the faceplate being printed on it. Underneath the helmet, we have Tony Stark’s nervous smile. His accessories include a wrench and trans-blue pieces for the thrusters. 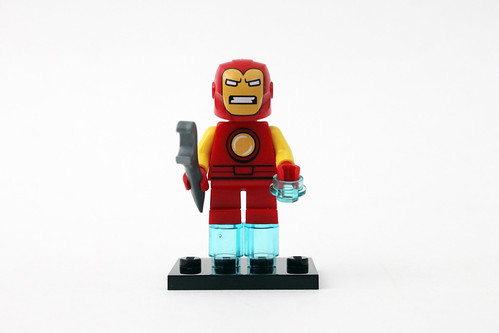 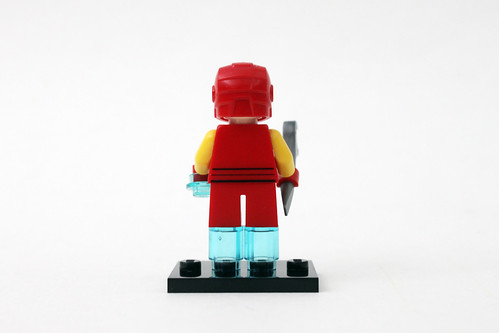 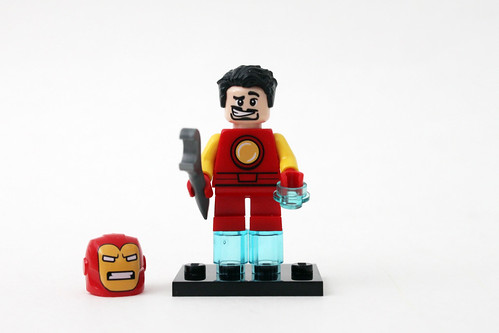 Thanos makes his second appearance in a LEGO set with his first being a bigfig in the Avenjet Space Mission (76049). The Thanos minifigure has a pretty simple torso with pearl-gold printing on front and back of the torso. His facial printing in on point with an evil grin. To complete his look, he wears a pearl-gold shoulder armor piece as well as the Infinity Gauntlet. 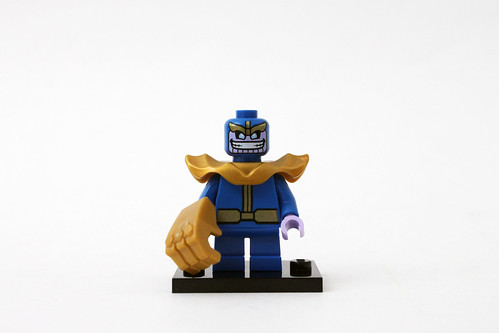 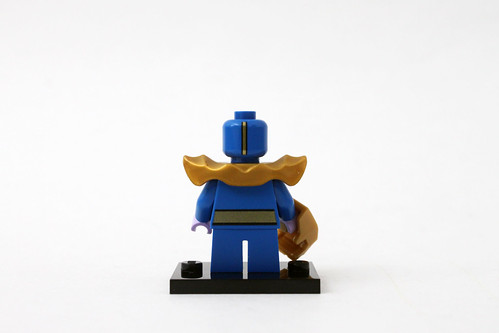 Iron Man’s Mighty Micro is a racer that has the same color scheme as his armor. The front of it has a sleek design using the sloped pieces. The back thrusters are on clips that are able to angle in various directions. 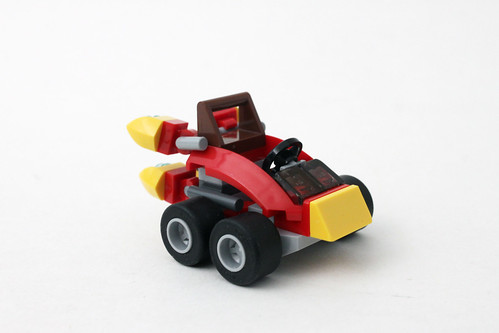 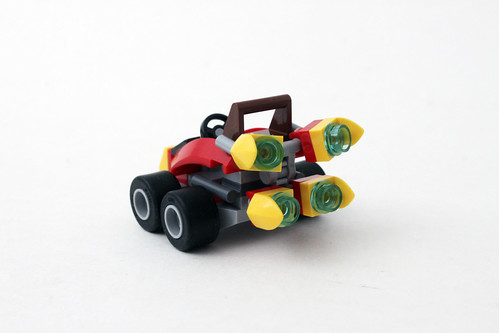 Thano’s vehicle is basically a large Infinity Gauntlet and the design of it is what a Mighty Micro should be like. The color scheme is great with the pearl-gold all around. Robot arm pieces are used for the fingers and they are all individually articulated. There’s even some metallic gold 1×1 slopes as well. The back of the Mighty Micro uses some pearl-gold macaroni tile pieces to represent the cuff of the gauntlet. 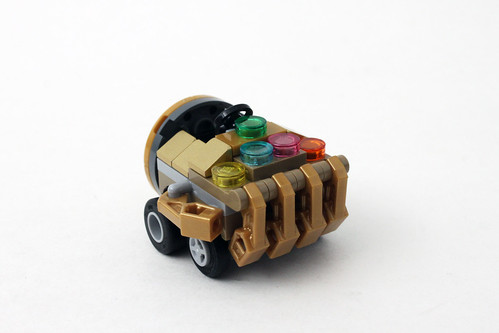 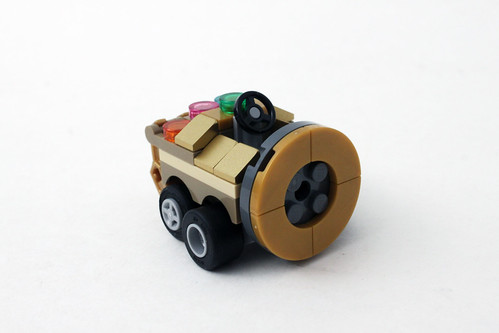 What I really like on it is that it also includes colored 1×1 trans-colored tiles to represent five of the six Infinity Gems. It’s a little disappointing that there isn’t room on the build for the red Power Gem. 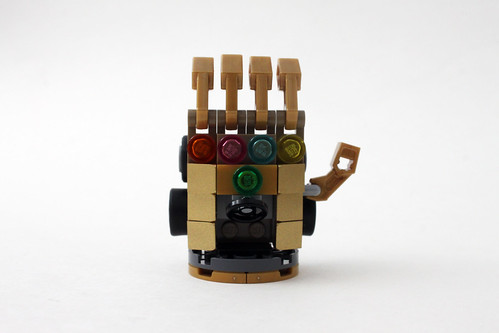 Overall, the LEGO Marvel Super Heroes Mighty Micros: Iron Man vs. Thanos (76072) is arguably the best set of vehicles from the second wave. Thanos’ Infinity Gauntlet is the star of the show and it looks close to perfect as it can be in miniature form. Iron Man’s racer isn’t too flashy but his minifigure is great especially the helmet piece. 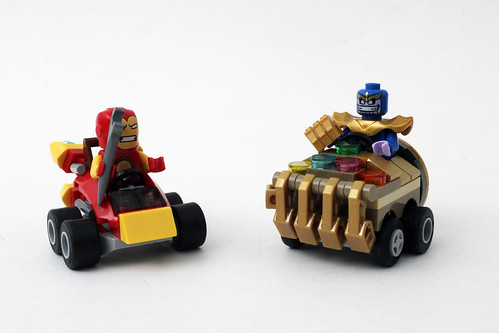