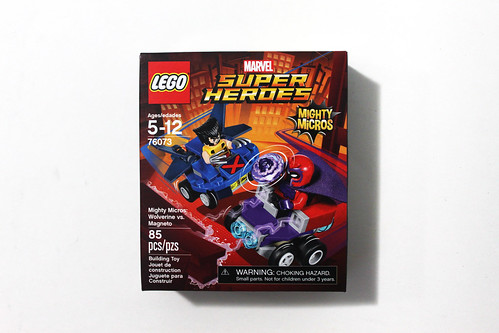 When the new wave of LEGO Marvel Super Heroes Mighty Micros sets were revealed last year, one of my more anticipated sets was Wolverine vs. Magneto (76073). It has 85 pieces and retails for the usual $9.99. The contents of the box include two un-numbered bags, a box with the cape, two instruction leaflets for each Mighty Micro, and another leaflet for the parts list. On the back of the parts list, there’s an ad for the upcoming winter 2017 wave of LEGO Marvel Super Heroes sets which are coming out in March. 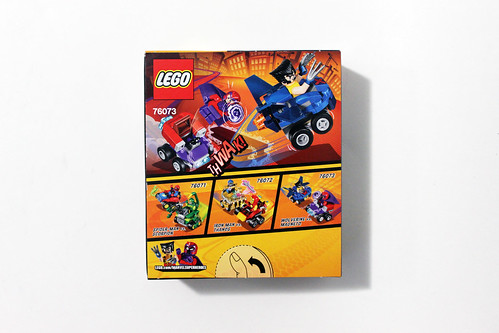 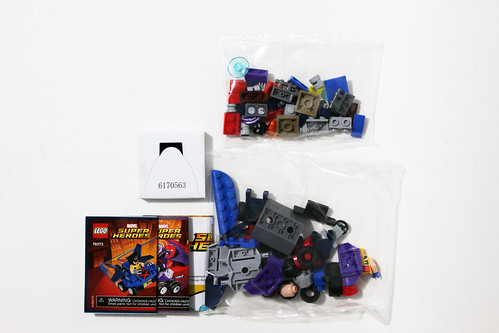 As the set says, the minifigures in the set include Wolverine and Magneto. Wolverine is in his signature classic yellow and blue outfit. There are some of the black stripes on the upper half of the torso, which appears on both sides of the torso, while the lower half has the red belt with the X on the buckle. The legs are plain blue but I think yellow ones would have fit better. The facial printing, as usual with the Mighty Micro sets, is a little cartoony. It shows him with his mutton chops along with an angry, open-mouth expression. The hair piece is the same slicked back version as we’ve seen before. His accessories include a pair of gray claws. One thing I felt the minifigure was missing was the blue shoulder pads that this particular costume has. 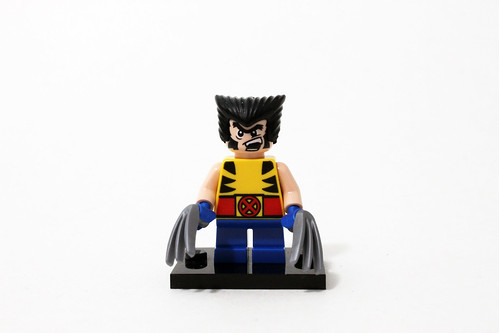 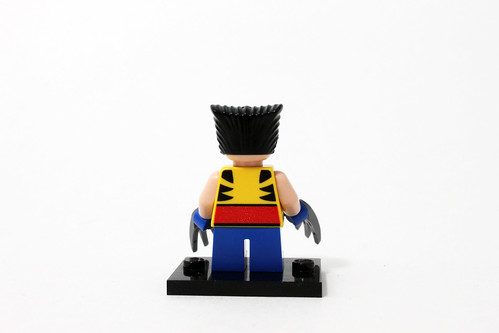 Magneto also has his classic red and purple outfit which is more simplier than the one seen in the first set that Magneto showed up in, Wolverine’s Chopper Showdown (6866). The torso has purple in the upper area where the cape attaches to while the legs are plain purple. The cape, by the way, is a new softer fabric in purple which are currently only available in this set and Superman vs. Bizarro (76068). The head piece is plain black with some white eyes, one of which is squinting. Although this look has been seen a few times in the comics, it somehow reminds me a little of Onslaught as well. I’ve also seen that some copies of the head also has an alternate side with a grumpy expression. The helmet is the same one that’s been the previous sets the character has been in. His accessory is a rare purple dish with some printed detailing around on it. 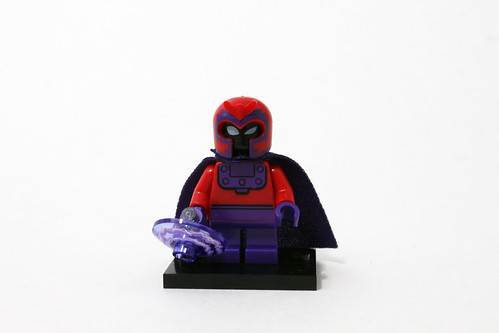 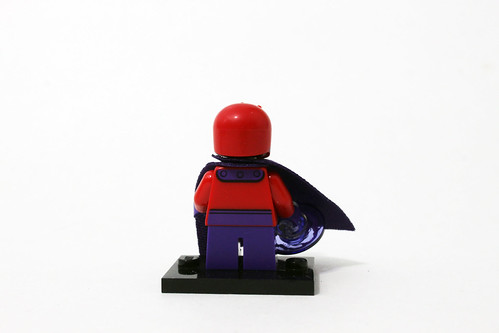 For fans of the X-Men, Wolverine’s Mighty Micro is obviously the Blackbird Jet from the 90s cartoon series. The front of it has a cool printed 1×2 slope piece with the X as well as a control panel. The bumper has a couple of dark blue and trans-yellow cheese slopes. Towards the back, you have the two wings that are backwards facing as well as two of the regular ones. The back of the Mighty Micro has a couple of trans-orange cones for the thrusters. 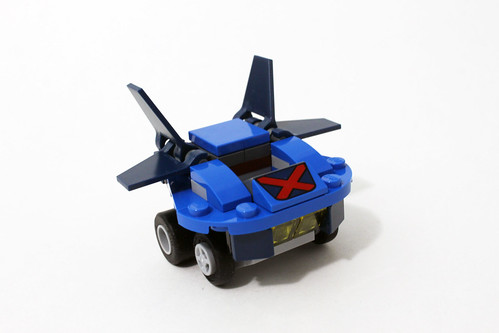 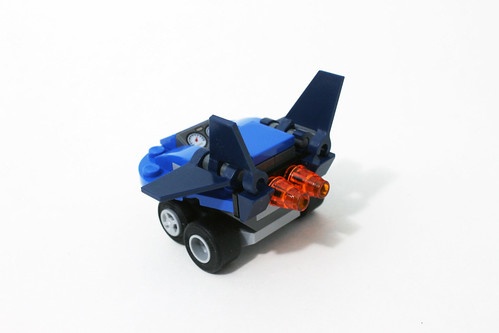 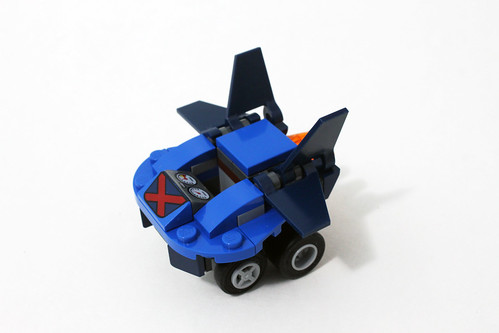 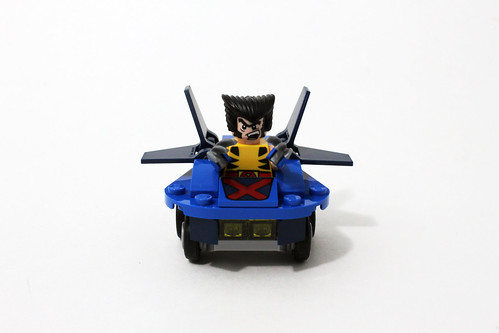 Magneto’s Mighty Micro is basically a giant magnet. The front part of it is pretty bland with just a 1×2 purple slope and the steering wheel but the wheel arches used are new in this darker purple. The magnet build behind the cockpit is simple but effective. The thruster is a 2×2 rounded slope with some trans-blue dishes. 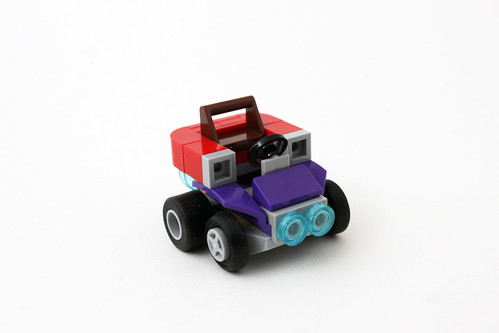 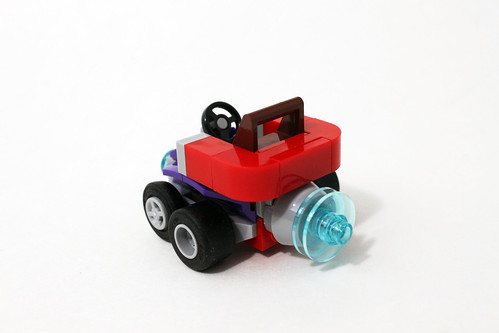 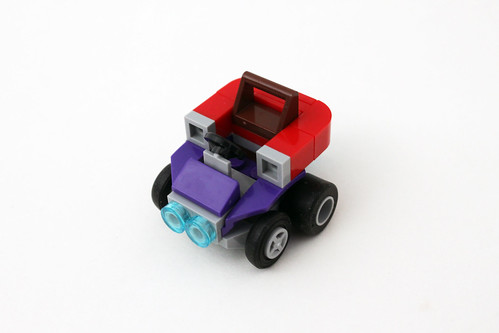 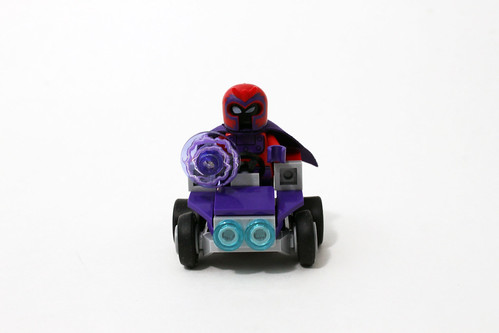 As with the first wave of the Mighty Micros sets, the cartoony style of the minifigures and builds won’t appeal to everyone but I feel that this second wave of sets has more potential. The Wolverine vs. Magneto (76073) set a great start to the second wave and as I mentioned before, this set was one of my more anticipated sets of the Mighty Micros line. Both vehicles look great with the details they have in them like the overall design of the Blackbird and the magnet on Magneto’s vehicle. There are parts that could be useful in your own creations as well. 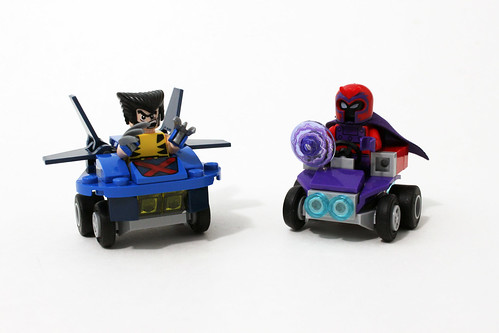