I’ve been playing the new LEGO Marvel Super Heroes video game on Playstation 3 on and off for a few weeks now and I think it’s about time for a little review on the game. The game was developed by Traveller’s Tales in conjunction with LEGO and Marvel and retails for $49.99. I’ve completed about 80% of the game but there’s still much more to do in it. For individuals who haven’t gotten to play the game yet, viewer discretion is advised aka SPOILER ALERT! 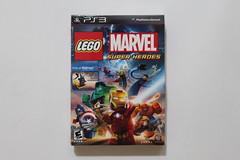 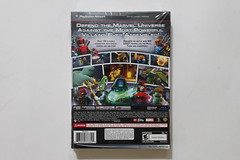 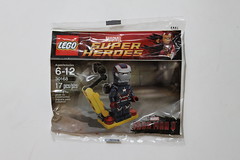 There are at least 150 playable characters ranging from the most well known ones such as Iron Man, Spider-Man, Hulk, and Wolverine to some obsure ones like Howard the Duck, H.E.R.B.I.E., and even enemy minions like the Magneto Acolyte. Many of the characters you can unlock by progressing through the Story Mode and are unlocked after each stage is completed. Even after you finish the Story Mode, that will still leave a lot left over for you to unlock during the Free Play mode.

There are pretty much two gameplay modes of LEGO Marvel Super Heroes: Story Mode and Free Play in the open world. During Story Mode, you’ll play with a variety of characters in the Marvel Universe and have to solve various puzzles with the charcters chosen for you in each stage. Throughout the stages, you’ll find that there are puzzles you will not be able to do with the Story characters but can come back to during Free Play. Many of these puzzles include getting the Red Bricks, Minikits, and saving Stan Lee which I will describe more later on in this review.

There are 15 total stages in Story Mode and each stage took me about 30 minutes to complete. They are linear so you have to complete a certain puzzle before you can progress in the stage. The story itself is pretty engaging and completing each stage makes you want to play the next one. Finishing each stage will also give you a Gold Brick. There are 250 total in the game and collecting more will unlock access to more areas in the open world. You will also notice the studs bar on top of the screen. It will fill up when you collect studs throughout the stage and if it’s full, you’ll be a “True Believer” and that will also net you a Gold Brick at the end of the stage. By completing the game, you’ll get a pretty cool ending as well as having enough characters to let you start completing puzzles in Free Play mode.

During Free Play on each Story Mode stage, you will be able to collect hidden Minikits. There are 10 Minikits on each stage that you can collect to unlock comic books for each level. There are also 50 Stan Lee’s hidden throughout the game in which one is in every level. You can usually find him by hearing him cry for help. Find all 50 Stan Lee in Peril and you will be able to unlock him as a playable character.

In the open world, there are numerous things to do including puzzles to unlock characters, vehicles, Gold Bricks, more stages. Some puzzles are pretty easy to do and some are fairly challenging like the races. The majority of your time playing the game will be in the open world. Here you can also board the S.H.I.E.L.D. Helicarrier which also has their own puzzles to do to collect items. Inside the ship is also Deadpool’s room where you can unlock various cheats in the game such as Stud Multipliers, MiniKit locators, and Gold Brick locators. To unlock these cheats, you will have to collect corresponding Red Bricks in random areas of the game and then have enough studs collected to buy them.

The visuals of the game are amazing! First, the 150 plus characters’ likeness are spot on such as Iron Man’s different suits. The city of New York looks awesome, even though I haven’t been there before. It has everything from Times Square, Central Park, and the Empire State Building. I’m pleasantly surprised of how much detail TT Games has put into constructing the city. There are also some pretty neat Marvel buildings like Stark Tower, Dr. Strange’s Sanctum Sanctorum, and the Baxter Building.

The music of LEGO Marvel Super Heroes is pretty awesome. You get background music that makes you feel like you’re watching a Marvel movie in the theaters. The voice acting is also brilliant. Clark Gregg reprises his role as Agent Coulson and Nolan North as Deadpool. There are also lots of funny puns throughout the game but you’ll also find some quotes that will get a little annoying like when Tony Stark describes himself as “Genius, billionaire, playboy, philanthropist” over and over again.

Overall, the LEGO Marvel Super Heroes video game is one of the best LEGO games I’ve ever played beating out Star Wars and Harry Potter. It was my most anticipated game of the year and when it was announced back in January, I couldn’t wait. Everything about it was great from the sheer number of characters to gameplay to the visuals. There were a few things that bugged me like repetitive dialogs and random glitches but it wasn’t that bad. I would definitly recommend this game to game LEGO fans who also play LEGO games. I believe Walmart

still has the Iron Patriot minifigure included in the box if you buy from there. I would suggest checking the stores directly to see if they do or not.

On a final note, I will most likely be doing a number of posts to help players who are needing help to unlock all the secrets in the game so stay tuned.