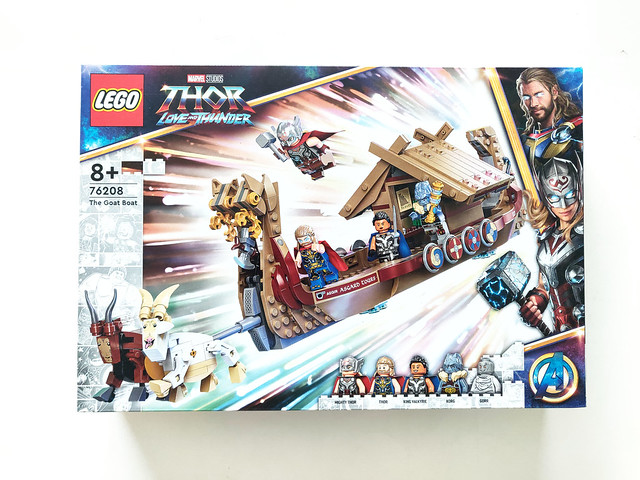 LEGO will have a couple of Marvel sets coming out for Thor: Love and Thunder and the first set we’ll be checking out is The Goat Boat (76208). The set has 564 pieces and retails for $49.99. 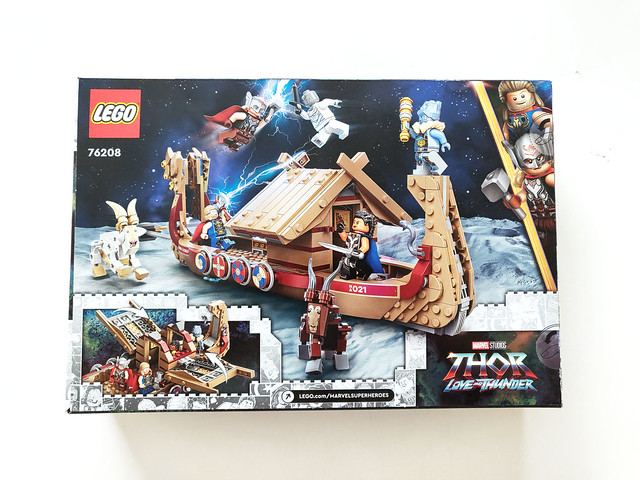 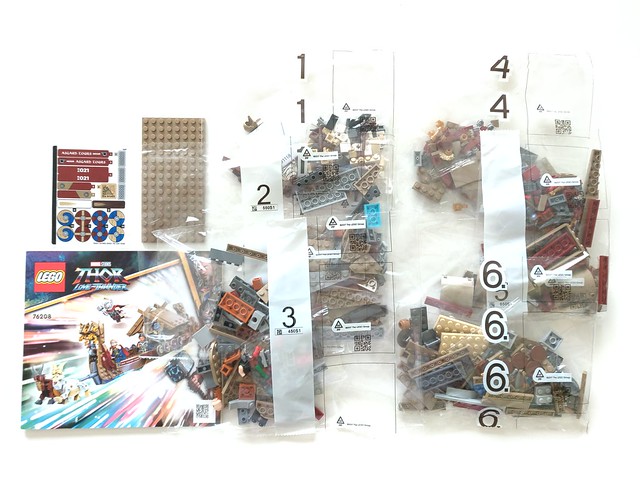 The set comes with minifigures of Thor, Mighty Thor, King Valkyrie, Korg, and Gorr. Thor comes with a new outfit that has a more brighter blue than his previous outfits. There’s still the intricate designs onn the torso and legs with the metallic silver. He has a double-sided head that shows a smile on one side and the other showing his electric eyes. His hairpiece is a longer one with a braided ponytail in the back. His accessory is a brick-built Stormbreaker. 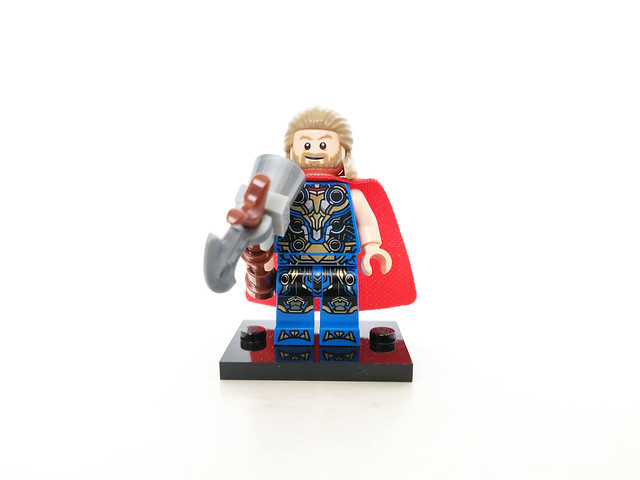 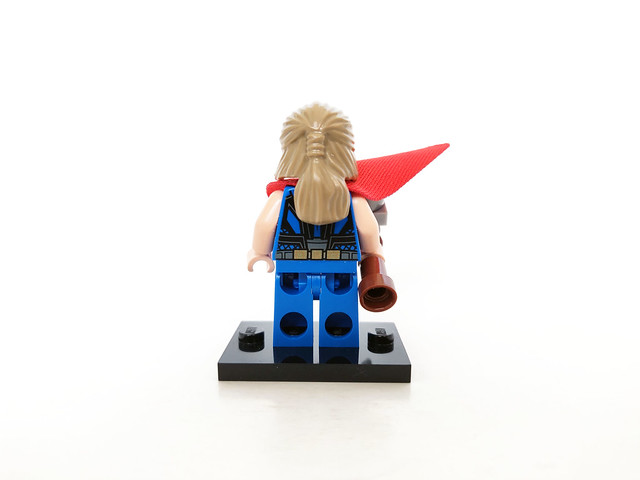 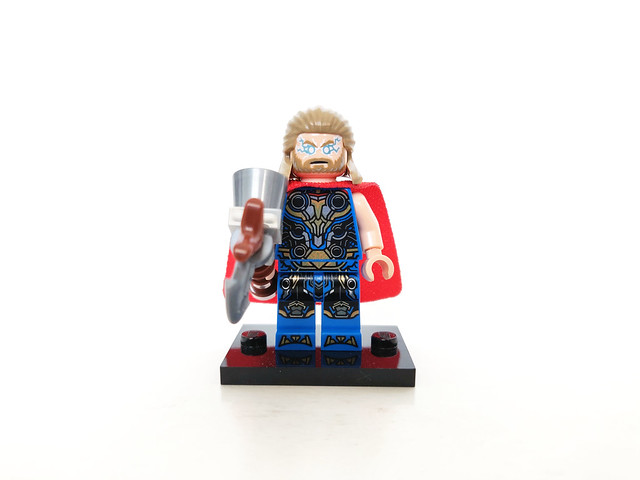 Mighty Thor has on a more darker out with the black torso and brown legs. The armor also has a cool design that uses the metallic silver. Her double-sided head is an old one with the normal look on one side and an angry look on the other. The helmet is molded to her hair. Her accessory is Mjolnir which looks to be reformed as seen in the trailer. 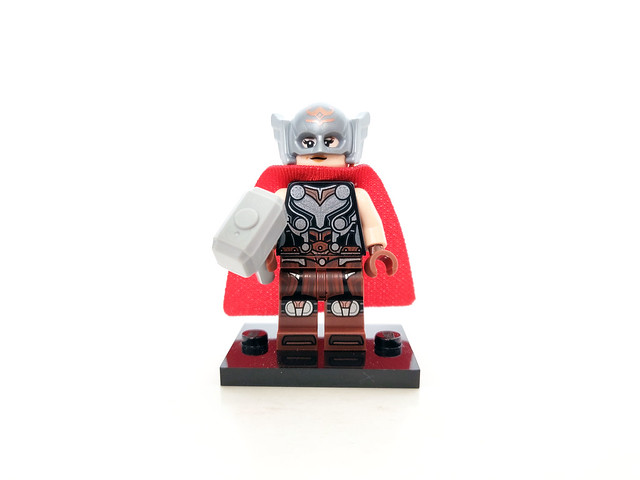 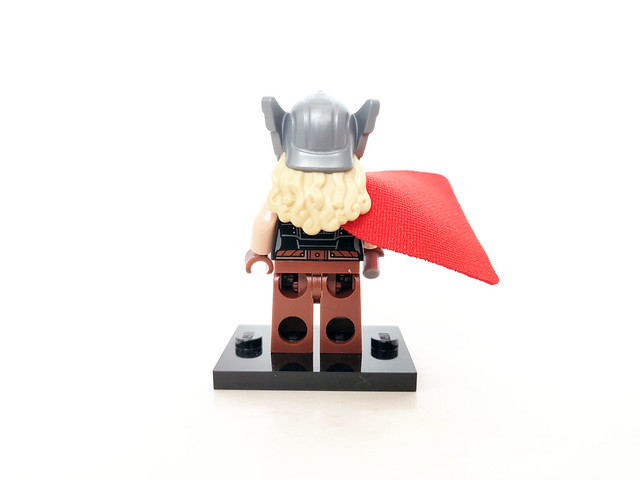 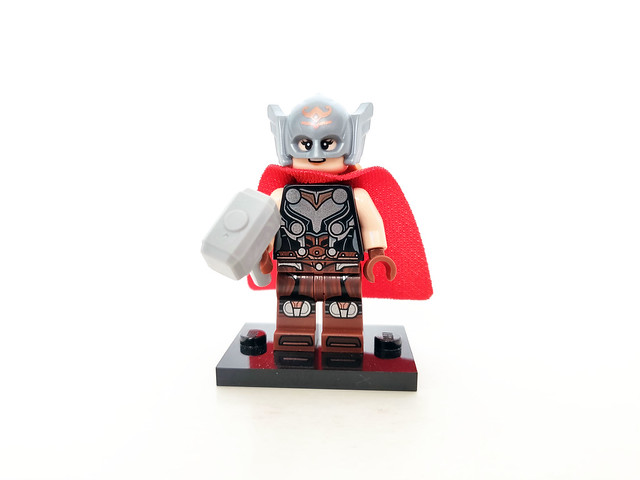 King Valkyrie has on a black outfit with some silver on the torso and legs. Her double-sided shows her with a smile on one side and a smirk on the other. Her accessory is the Dragonfang sword. 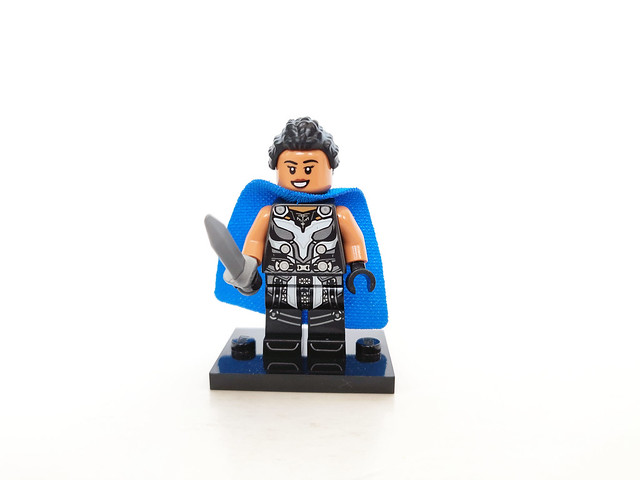 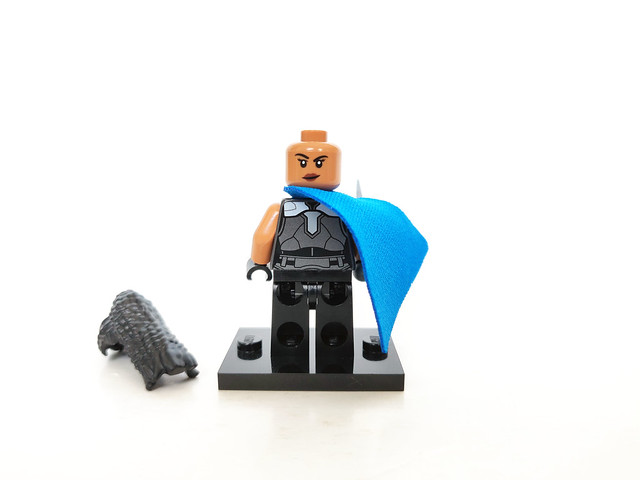 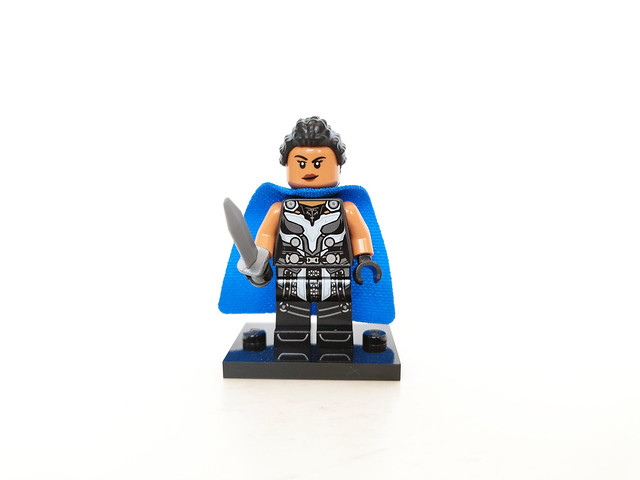 Korg has been updated for this movie and he has some straps that go across the chest. There’s a ram head that is displayed promiently on the belt. More of the leather details go down to the legs as well. He has a double-sided head that shows two different smiles. His accessory is his club. 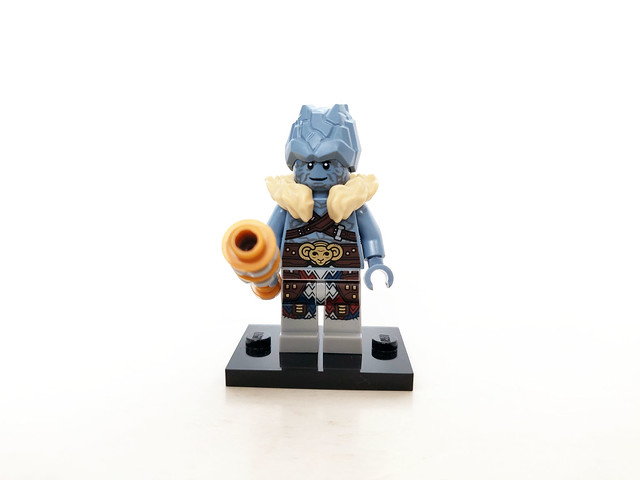 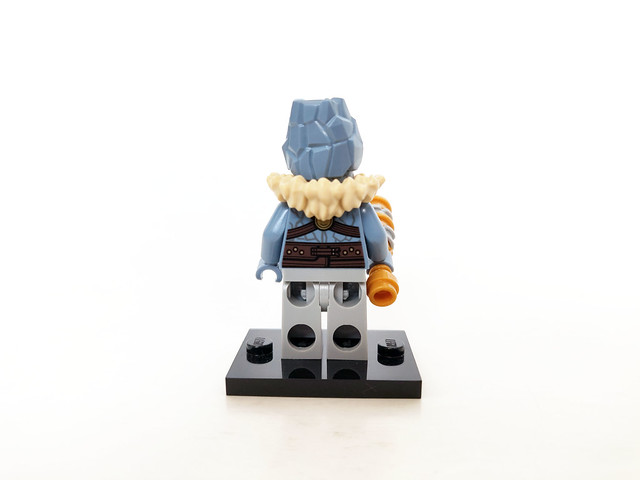 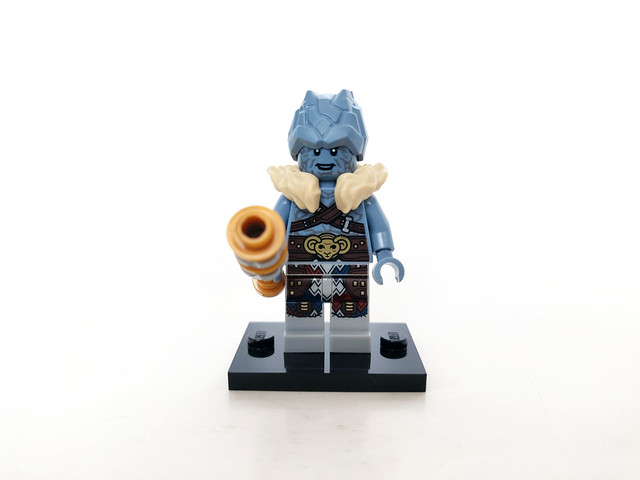 Lastly we have Gorr who looks really bland with the white wrappings. The gray head isn’t too interesting either but don’t underestimate him as he isn’t called the God Butcher for nothing. His accessory is the All-Black which was a sword originally used by Knull, the God of the Symbiotes. 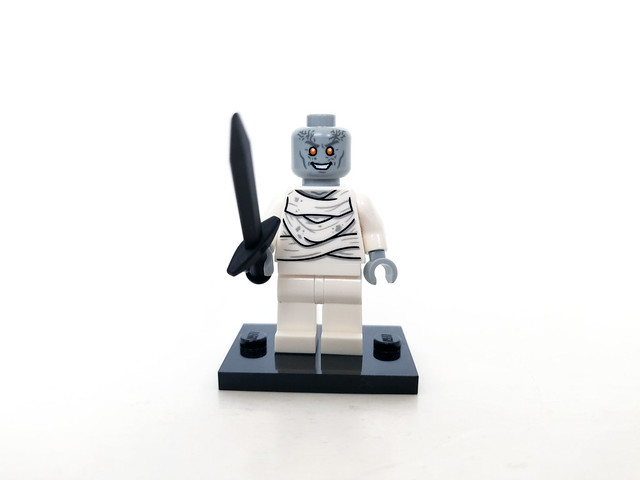 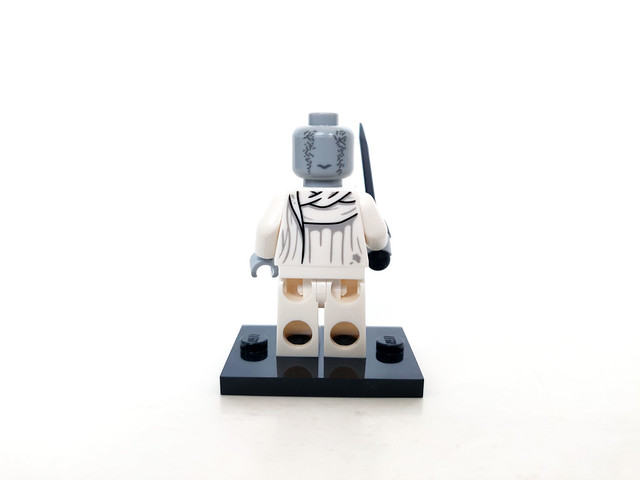 The whole build actually consists of two parts, the goats Toothgnasher and Toothgrinder and the boat itself. The builds for them are basic but there are sticker details for their faces on the backs. They are attached to the boat using a brick with a Technic axle. 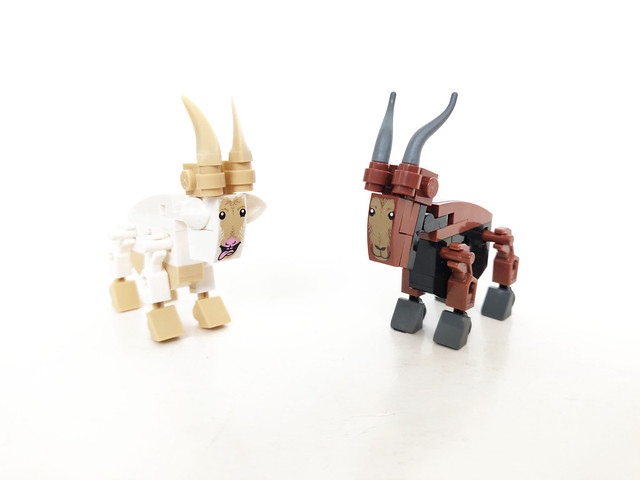 The boat is actually longer than I expected will probably delight fans. The front of it has a design of some dragons accented with the pearl-gold pieces. Between them is a clip that allows you to store Stormbreaker on. 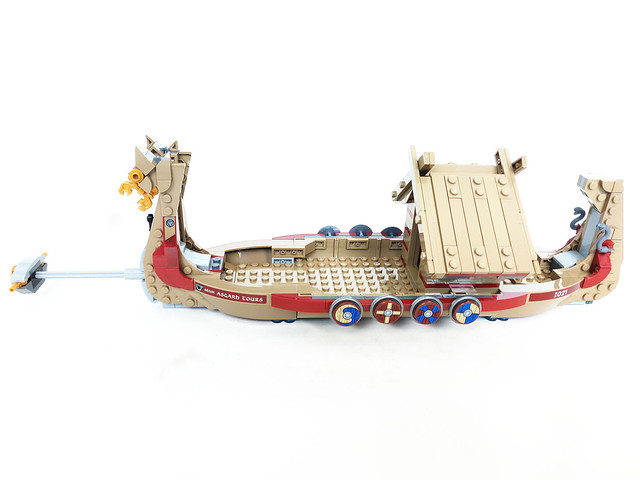 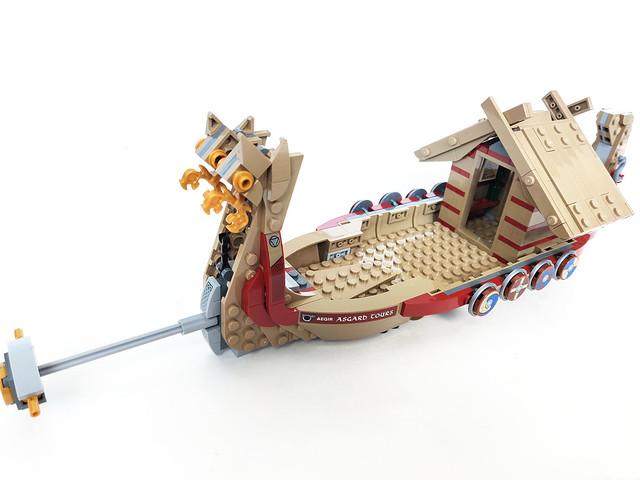 The ship name is called the Aegir and it doubles up for the Asgard Tours. The sides of the boat have some shields mounted on and they are decorated with stickers of various designs. 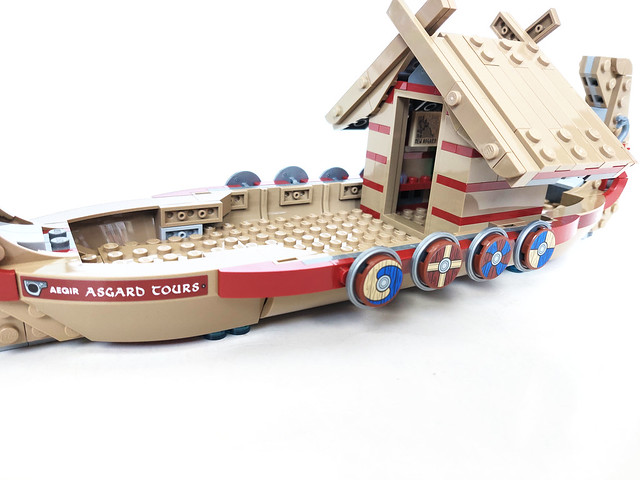 The back of the Goat Boat isnt’ too interesting but there are some snakes that are clipped on to the sides. 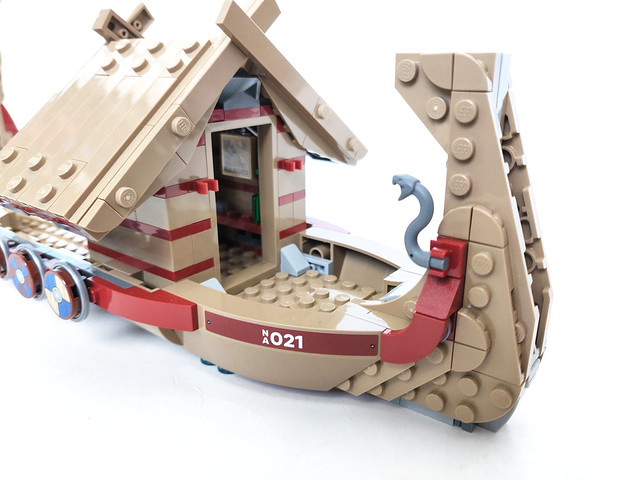 The cabin allows for more playability as the roof is able to open up to reveal some items inside such as a boat wrench, fire extinguisher, a stickered map of New Asgard, bottle, and a sunstone crystal. 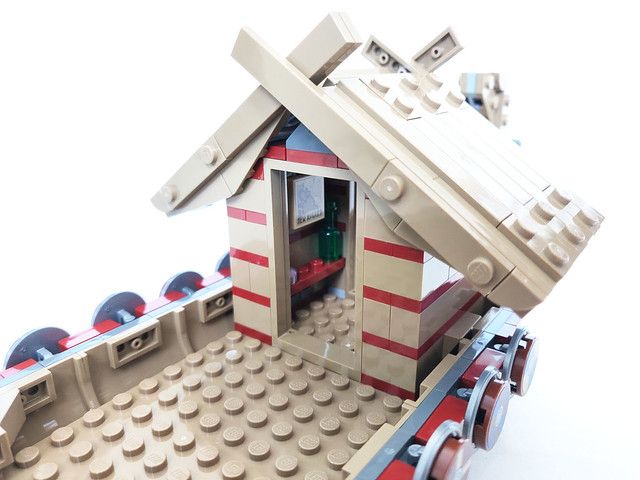 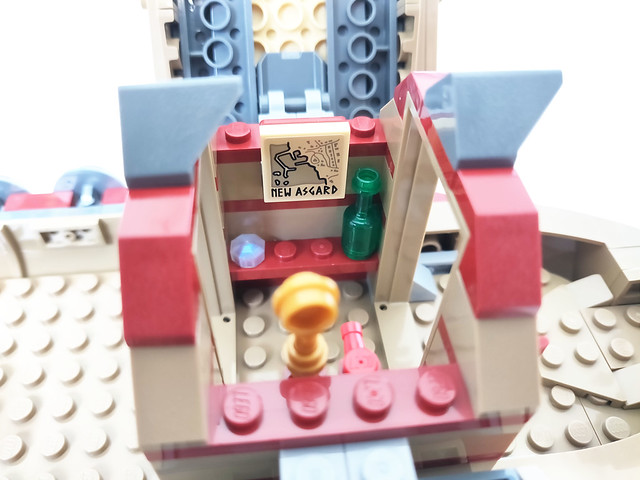 Overall, the LEGO Marvel The Goat Boat (76208) is one of the sets that LEGO hit the nail spot on. The reveal had very positive feedback as it looks great combined with a decent price point. The minifigure selection is also nice as it pretty much contains most of the main character in movie aside from the Guardians of the Galaxy.

Even if you’re not a fan of Marvel but are fan of vikings, the ship would be a good substitute. The only real downside of the set is there are no real goats but we’re getting closer. 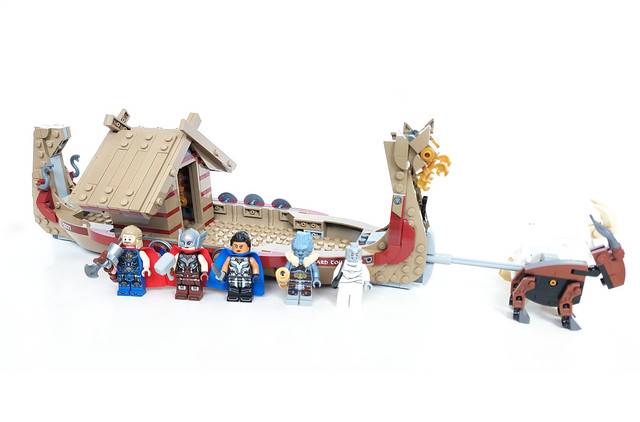