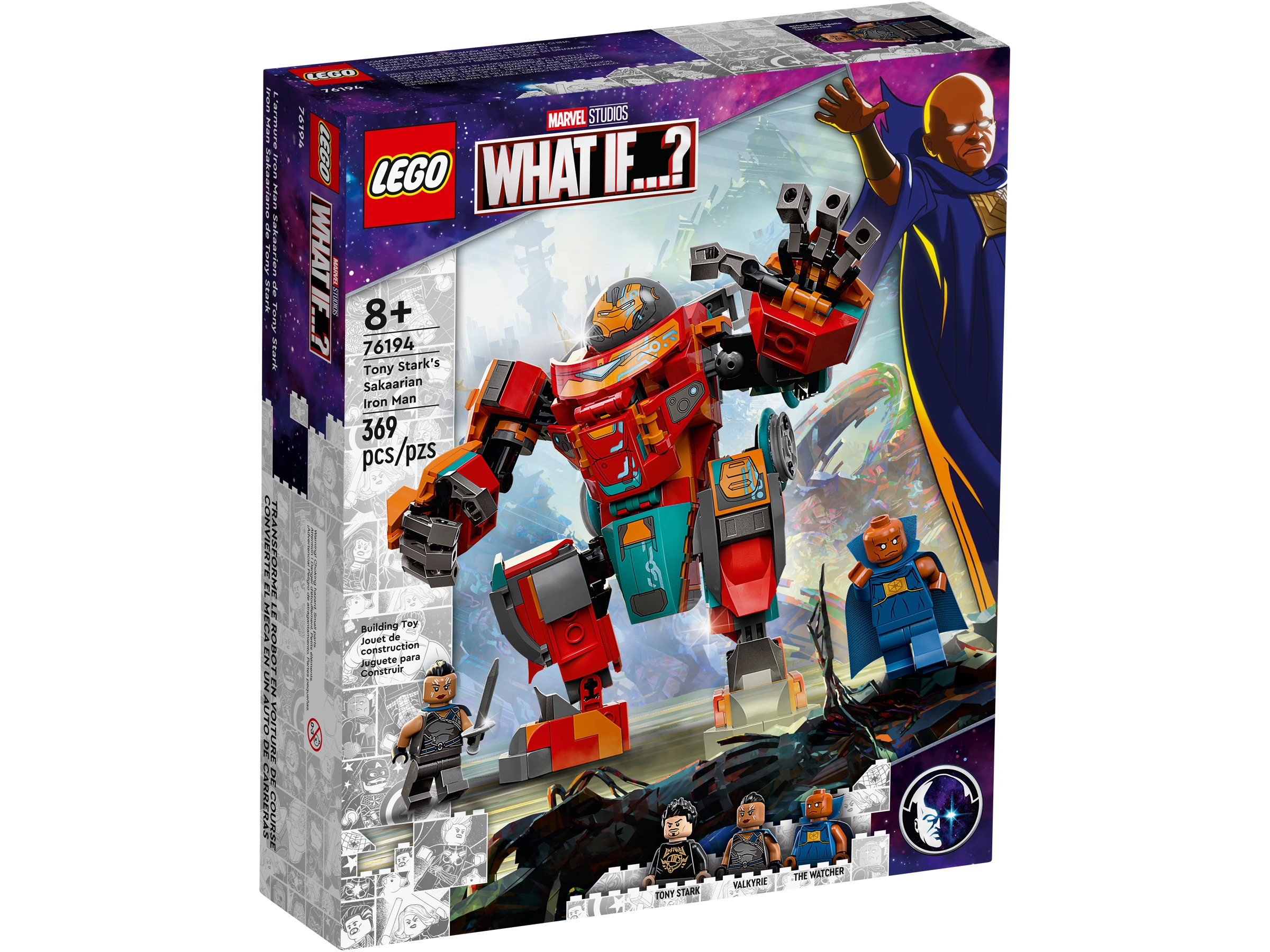 LEGO has listed the new LEGO Marvel What If…? Tony Stark’s Sakaarian Iron Man (76194) on the LEGO Shop and we can see some of the details for the set. It has 369 pieces and will retail for $34.99 which is actually a decent price considering it has some larger parts for the Hulkbuster. It also includes minifigures of Tony Stark, Valkyrie and The Watcher. The product listing does show that this set will appear in the upcoming What If…? animated series on Disney+. 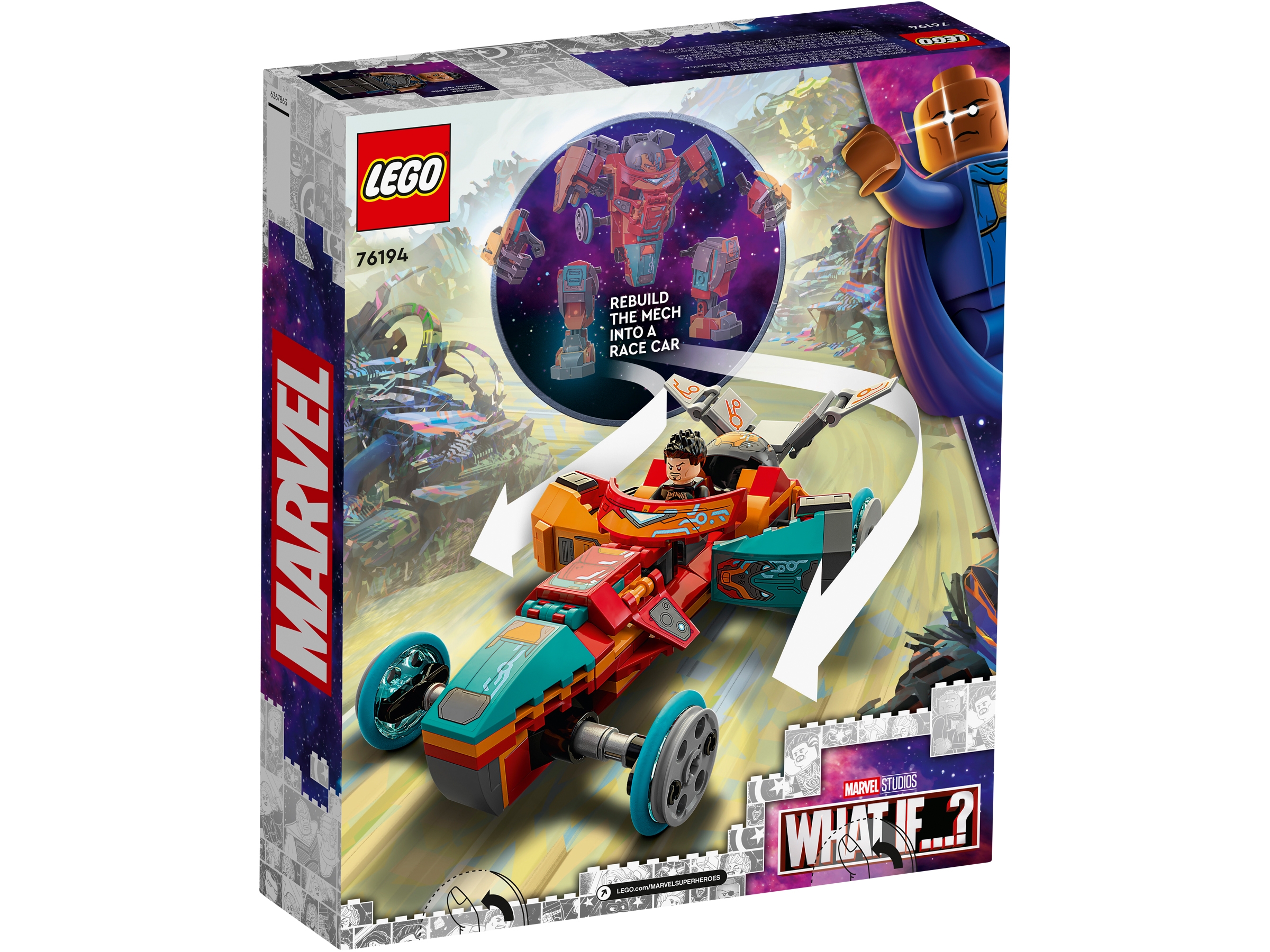 Take Marvel fans to a new dimension of build-and-play, imaginative adventure with LEGO® Marvel Tony Stark’s Sakaarian Iron Man (76194). This landmark LEGO Marvel set lets kids aged 8 and up recreate scenes from the animated Marvel Studios’ What If…? series on Disney+ and explore new stories from the Marvel Cinematic Universe.

New stories with iconic Super Hero characters
This exciting expansion of the Marvel Cinematic Universe features 3 minifigures – Tony Stark, Valkyrie and The Watcher – and a buildable mech that can also be rebuilt into a powerful-looking car. Kids place the Tony Stark minifigure into the Sakaarian Iron Man mech. This mechanical giant is highly posable, allowing kids to twist and turn the mech as it advances into Super Hero action. When there’s a need for speed, kids rebuild the mighty mech into a power-packed vehicle and race off for more amazing adventures.

• This LEGO® Marvel Tony Stark’s Sakaarian Iron Man (76194) set brings Marvel Studios’ What If…? TV series to life and takes kids to a new dimension of build-and-play, imaginative adventures.
• Includes Tony Stark, Valkyrie and The Watcher minifigures, plus a buildable mech that can also be rebuilt into a powerful-looking vehicle.
• Kids place the Tony Stark minifigure into the highly posable Sakaarian Iron Man mech ready for Super Hero action. When there’s a need for speed, the mech can berebuilt into a power-packed car.
• Put kids aged 8+ who love Marvel Studios’ What If…? , on Disney+, and the Marvel films at the center of the latest Super Hero action with the terrifically transformable Sakaarian Iron Man mech.
• The posable mech stands over 5 in. (15 cm) tall and rebuilds into a Tony Stark-style race car. 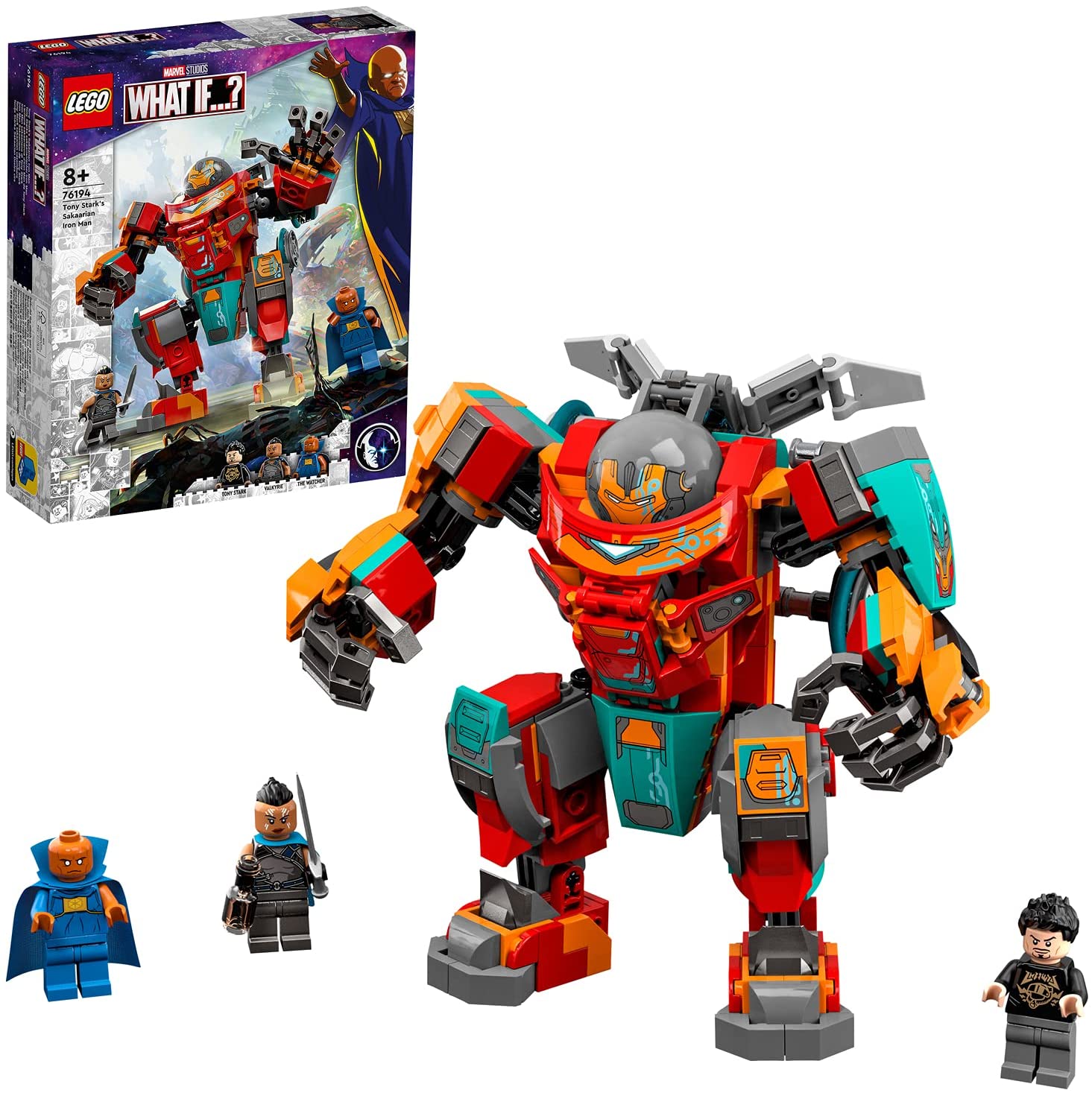 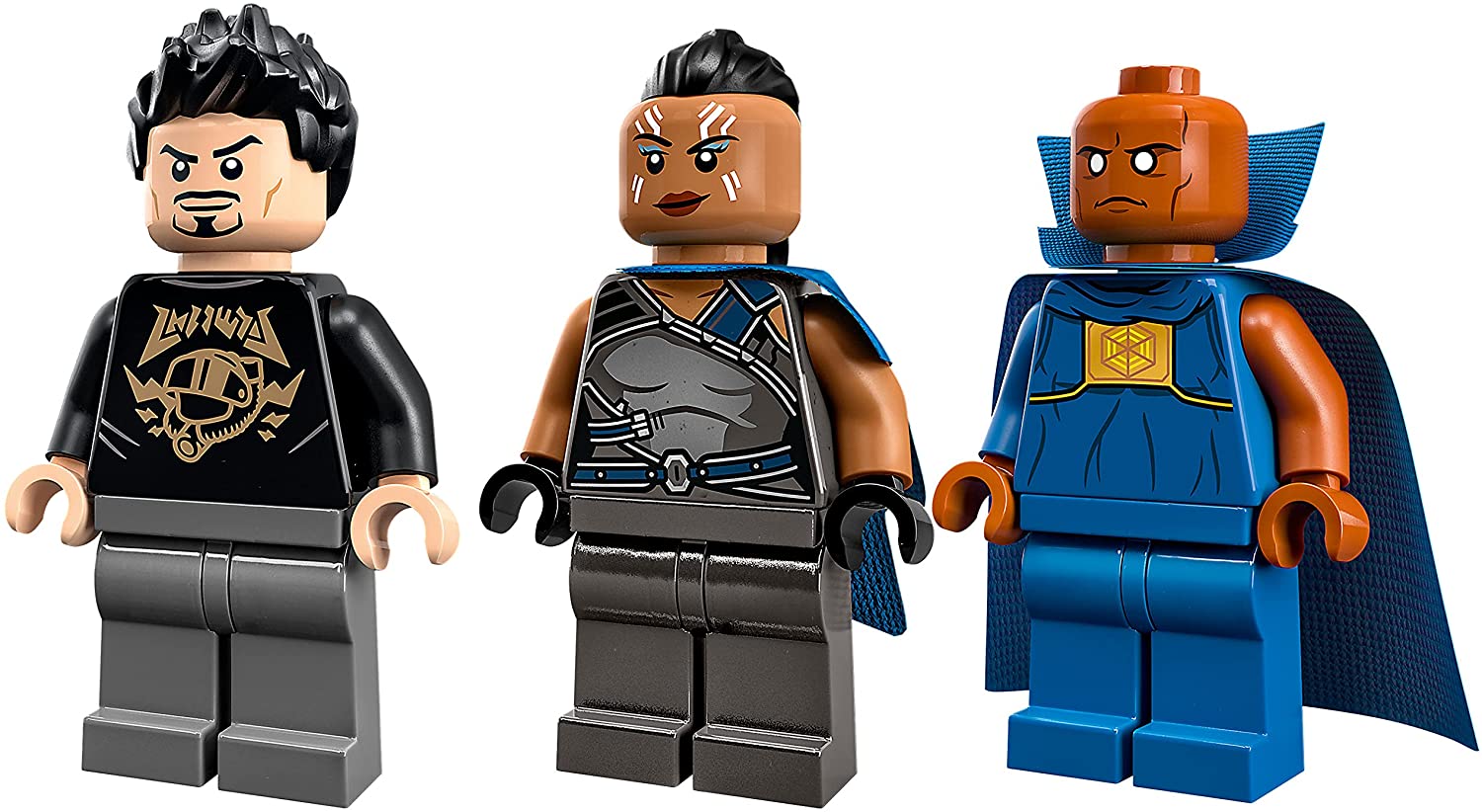