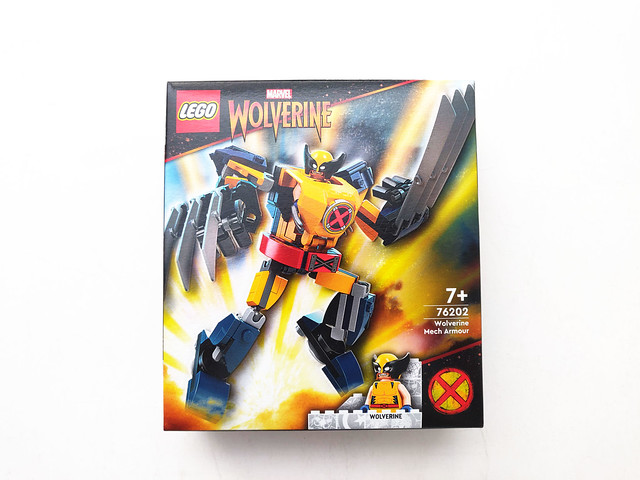 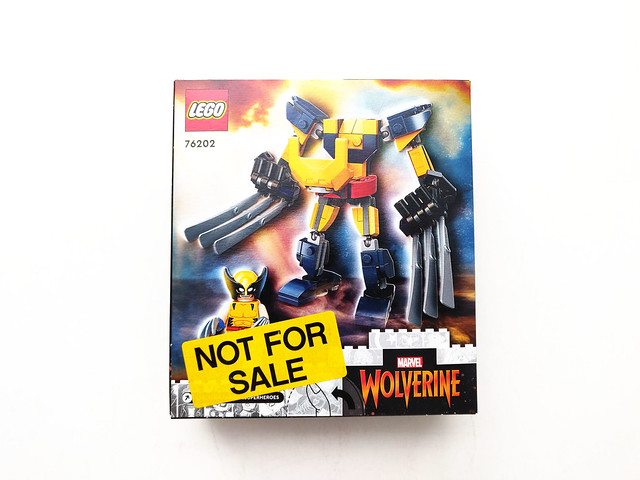 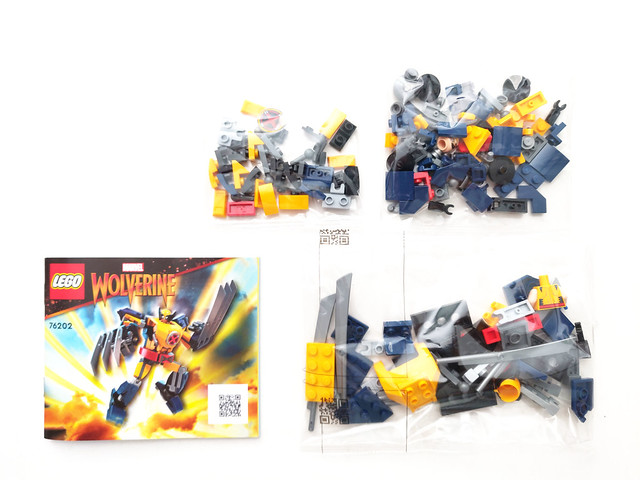 The set comes with an updated Wolverine minifigure which we haven’t gotten since 2017 and even then it wasn’t a full minifigure as it was a Mighty Micros one. If you wanted a standard Wolverine, you’ll have to go back eight years to 2014.

This version of Wolverine looks more in line with the X-Men animated series but with tiny differences from it. He’s still in the yellow outfit with the stripes. The stripes on this version are black and blue while the show was pure black. The red belt printing with the X looks spot on. There is no printing at all for the legs. His double-sided head shows him with a snarl one side and the other has him with white googles and an angry expression. The black and yellow cowl is the same one as before. He does have some claws for both hands. 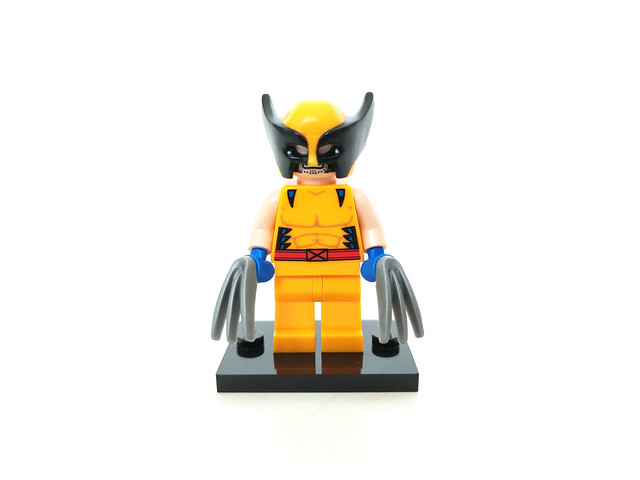 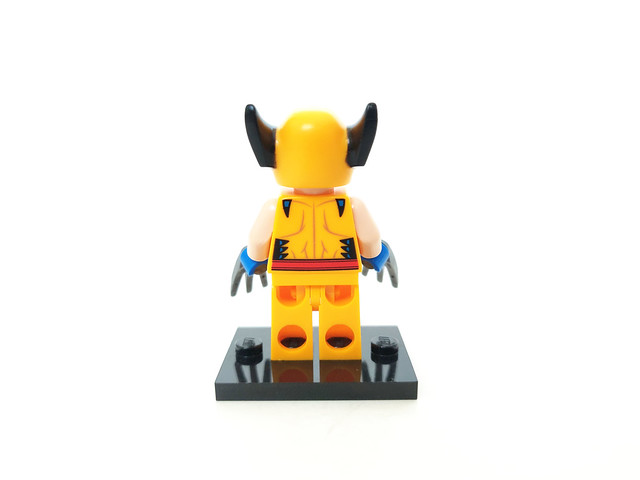 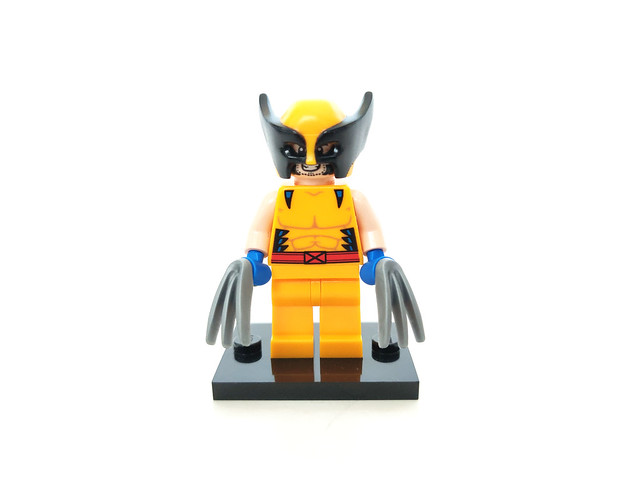 The mech is basically a larger version of Wolverine with a lot more detail that should’ve been on the minifigure. The torso features a flip-down chestplate that allows the minifigure to stand inside although it’s a weird looking having his claws stick out from the side of the torso. The X on the chest and belt are both printed pieces. 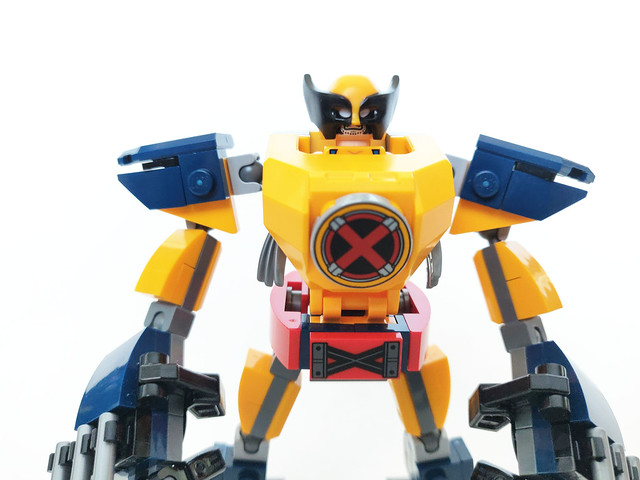 The arms are on ball joints as well as on the elbows and wrists. We do get some shoulder armor on the mech which I wished the minifigure had. The hands are massive and the claws are equally as massive. 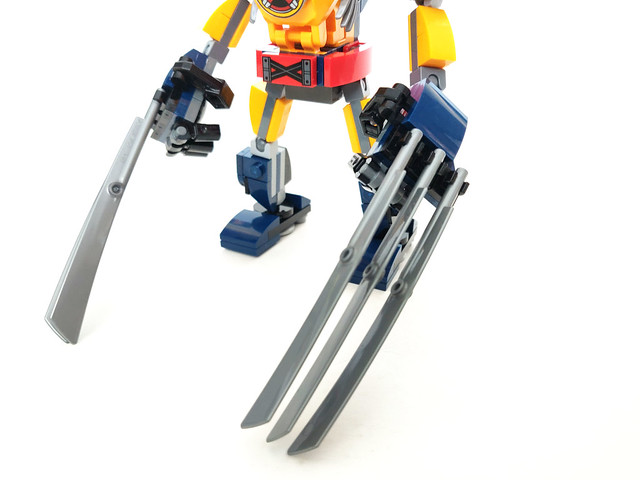 Like with the arms, the legs, knees, and feet also have ball joints. There isn’t much going on here but I will say that since they are all ball joints, it’s a little hard to stand the mech in a particular position as they wobble around easily. Once you do, you can get some great poses out of it. 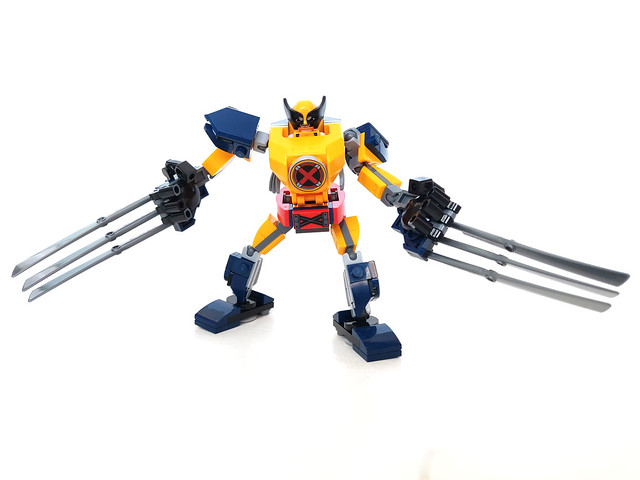 Overall, the LEGO Marvel Wolverine Mech Armor (76202) is probably the best looking mech out of the three that are releasing in April. I’m not sure what the issue with these sets were that made them being delayed for a few months as LEGO didn’t respond to my inquiry. The mech itself has tons of posability with all the joints being ball jointed. I would expect the main draw of the set is the Wolverine minifigure as he’s a fan favorite and it’s been a few years since we got him. At the $9.99 price point, it isn’t too bad for what you get. 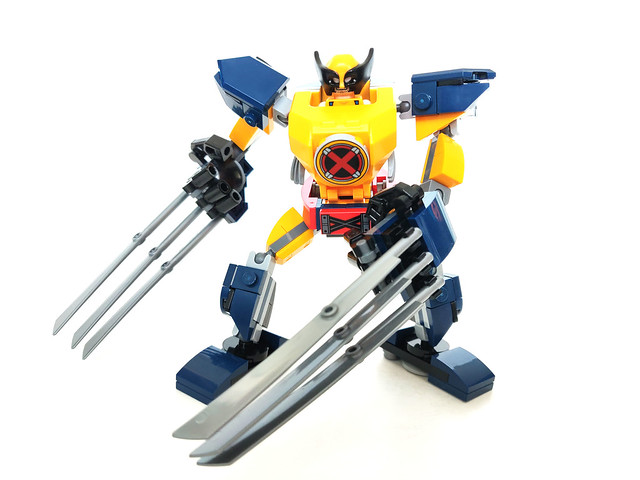