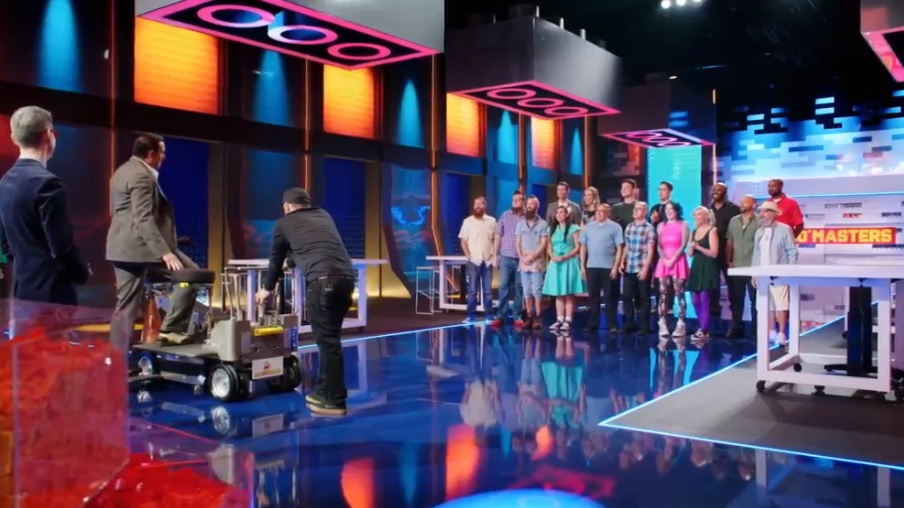 LEGO Masters continues to chug along as the show has been fairly entertaining so far and for this episode four, we are doing the Movie Genre as the theme. The eight remaining teams get to choose their mystery genre from the popcorn and they have eight hours to build. They have to build a scene for a movie and build needs to tell the story for itself.

As for the first commercial starts, Boone accidentally breaks his shark monster and he has to figure out how to put it back together at the halfway point. 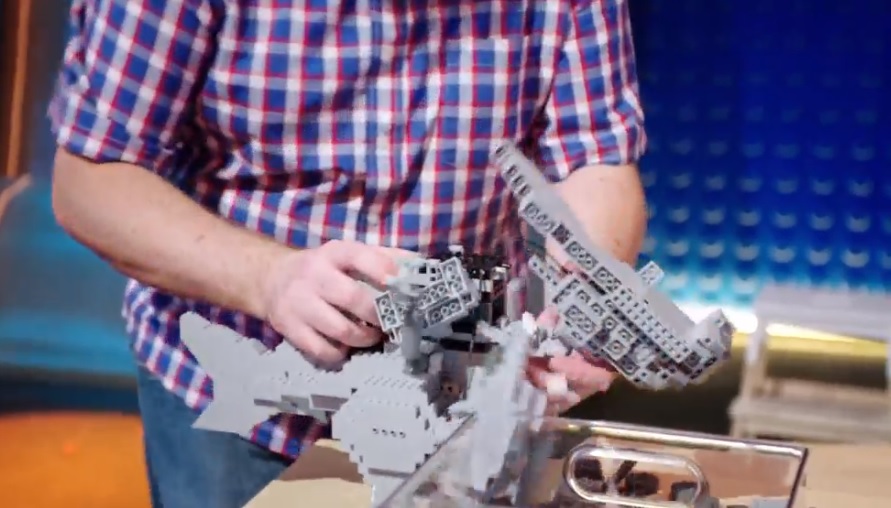 The LEGO Learn cutscene talks about the cheese slope and how it can be used.

Christian & Aaron’s romance story for the build seems to be a bit complicated and doesn’t really mesh up that well. 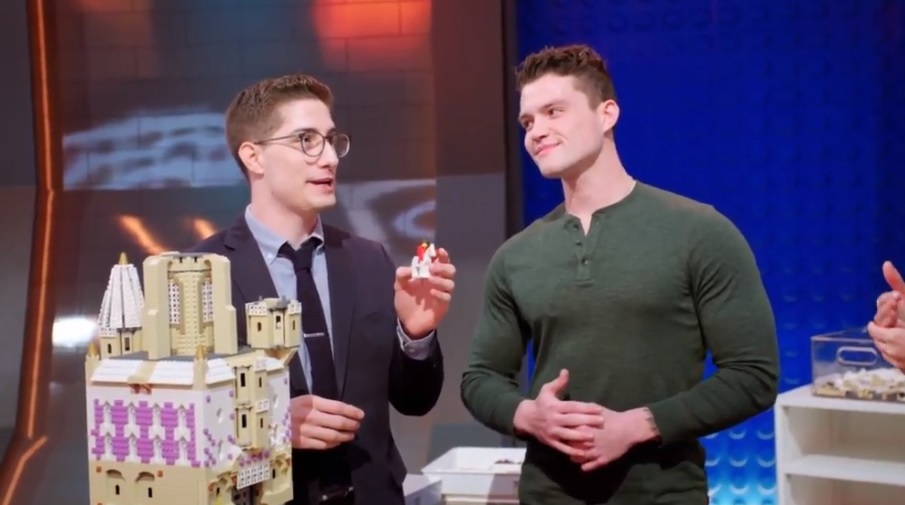 Will Arnett calls in the directors of The LEGO Movie Phil Lord and Christopher Miller to give a twist to the competition. 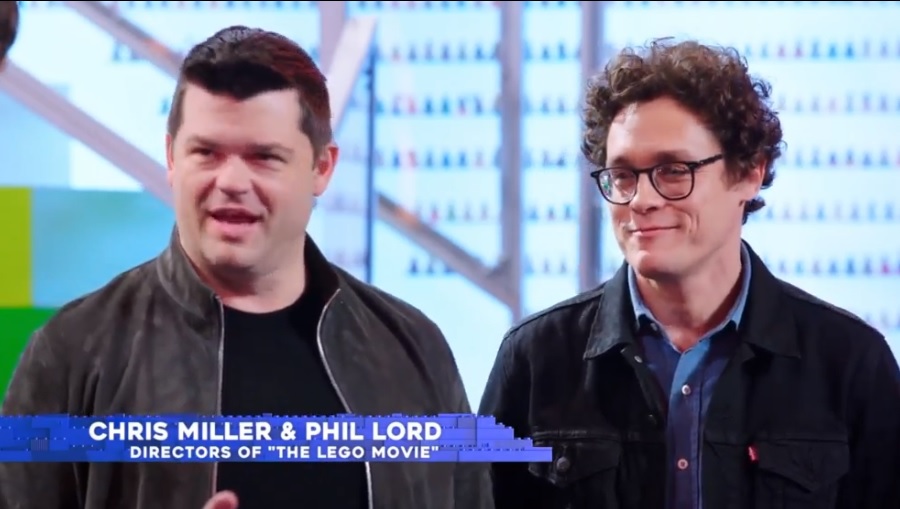 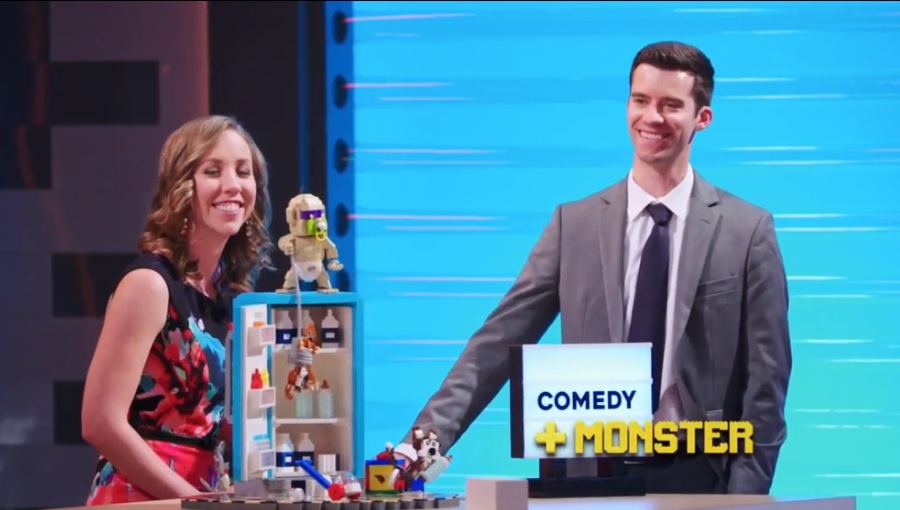 Christian & Aaron romance build was set but with the added thriller genre, they struggle to make the two themes cohesive and contemplate using the Golden Brick which they earned in the first week. After the commercial break, it was revealed that they do decide to use it as they weren’t too confident about their finished product. The Golden Brick will be back in play in a future episode. 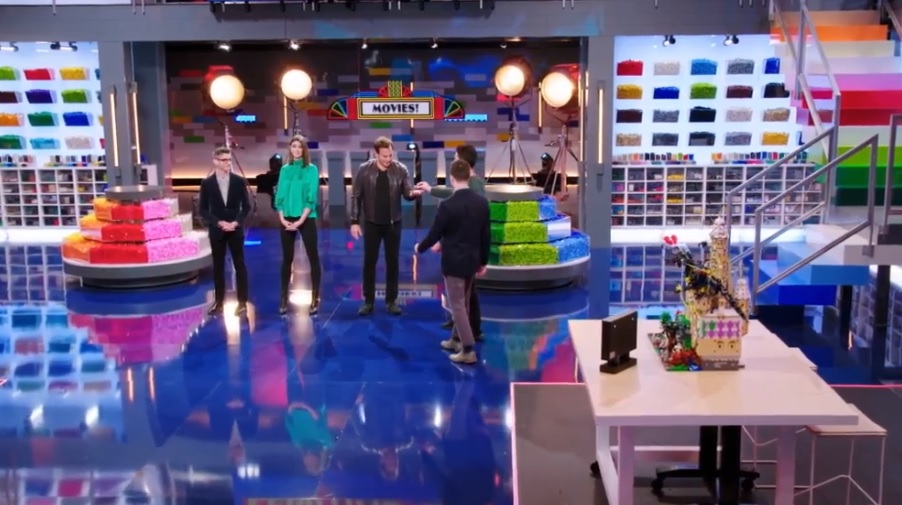 The two builds that stand out the most were Tyler & Amy and Mark & Boone. The winner of this challenge was Mark & Boone. 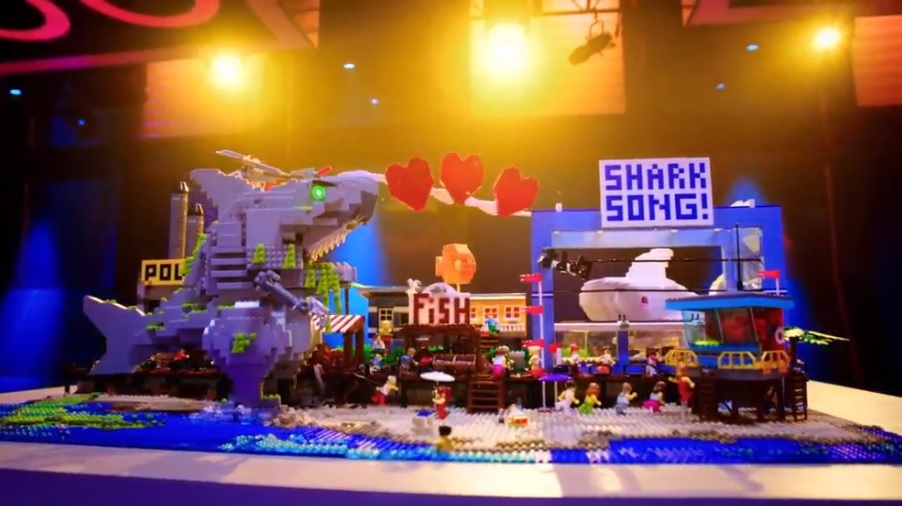 All the teams seemed to do great with their final build but there were two teams weren’t up to par with the competition and they were Amie & Krystle and Manny & Nestor.

Manny & Nestor’s western build was great but the spaceships were disconnected from the rest of the build and unfortunately, they were eliminated.

For episode five, teams have to do a mega scale build and things will be falling in the preview as teams move their builds to the presentation. We can see Aaron & Christian’s tower topple over but will it end up with their elimination? Tune in tomorrow night. You can watch or rewatch episode four here. 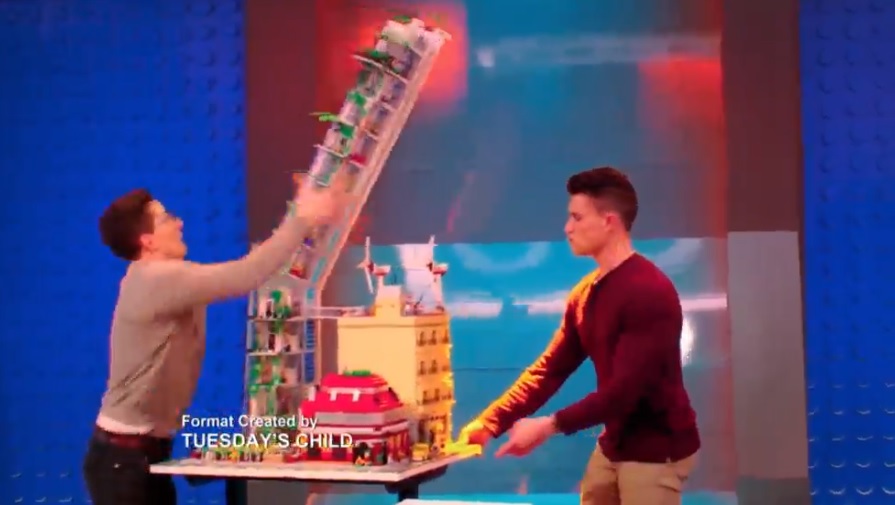