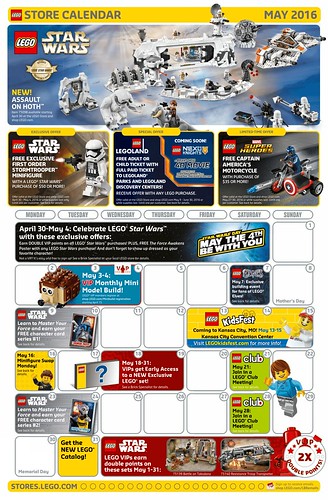 The May 2016 LEGO Store Calendar is now available and we can see the various promotions and events that will be happening in the month. On May 1st, the LEGO Disney Collectible Minifigures (71012) are scheduled to be released but it doesn’t say on the calendar.

April 30-May 4 – The May the 4th event continues this year and the exclusive minifigure that will be given out is the First Order Stormtrooper with a LEGO Star Wars purchase of $50 or more.

May 27-30 – The LEGO Marvel Super Heroes Captain America’s Motorcycle (30447) polybag will be available with purchases of $35 or more.

May 18-31 – VIPs get early access to a new exclusive LEGO set. Rumor has it that it could be the LEGO Creator Big Ben (10253) but we’ll see in a few weeks when LEGO released their press release of the set. 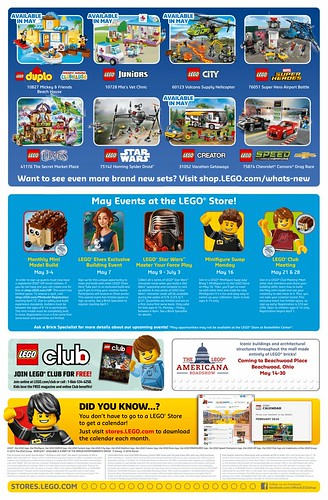