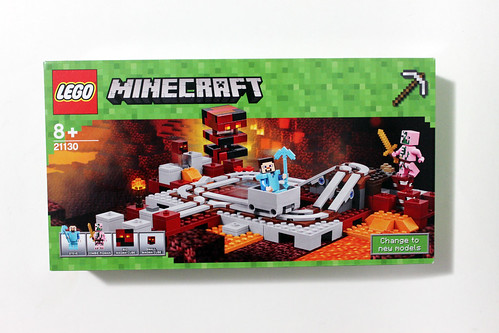 Next up on my reviews of the 2017 LEGO Minecraft sets, I have The Nether Railway (21130). The set retails for $29.99 and there are 387 pieces to it. The contents of the box include three numbered bags and the instructions. 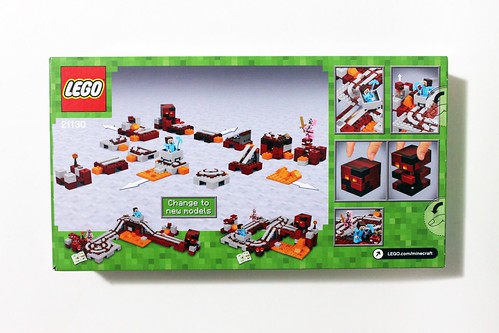 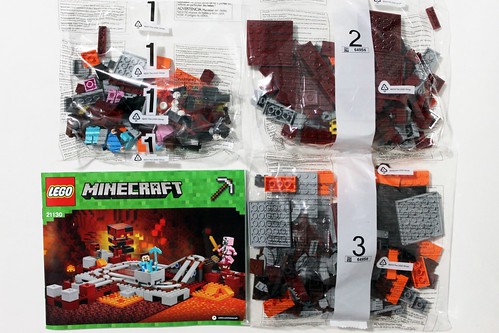 There are two minifigures in this set, Steve and a Zombie Pigman. Steve has on his diamond armor which is a molded piece that goes over the torso. His accessory is a diamond pickaxe. 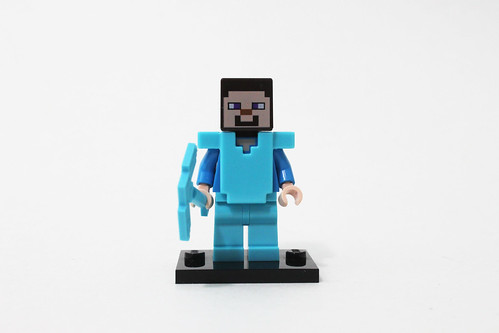 The Zombie Pigman has a mostly pink body with some green marking to designate it as a zombie. Its accessory is a pearl-gold sword. 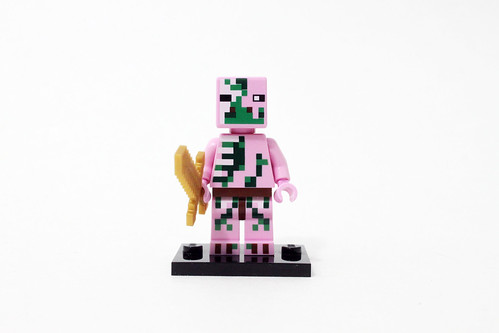 Like with other LEGO Minecraft sets I’ve reviewed so far, the first bag is used to create some accessories for the overall set. This includes some torches, nether quartz ore, and some mushrooms. In the same bag, you also have the minecart as well as a big magma cube. The magma cube is able to open up and close by using an interesting technique involving some Technic pins. 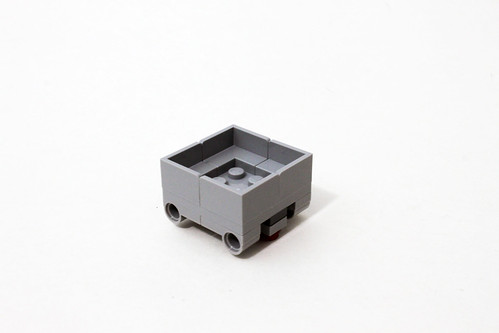 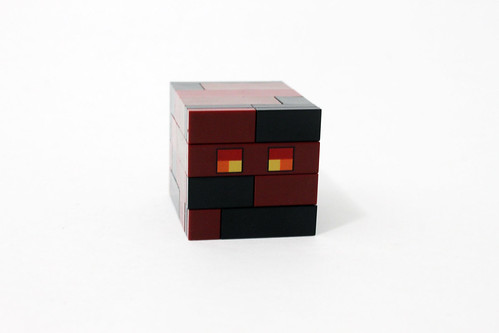 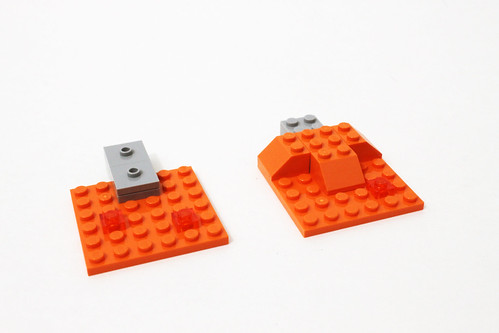 For the second bag, there are a lot of mine rail bases which are 6×6 wide. There are also some straight tracks that have the same dimensions. The larger track here has a hopping small magma cube play feature. It pops up when you press down on the lever. 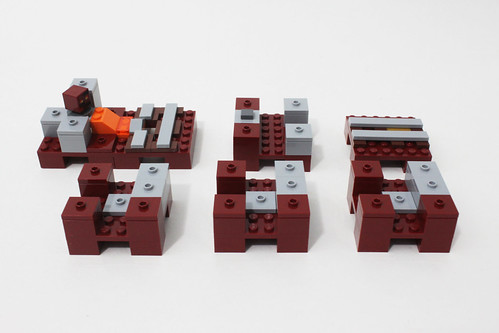 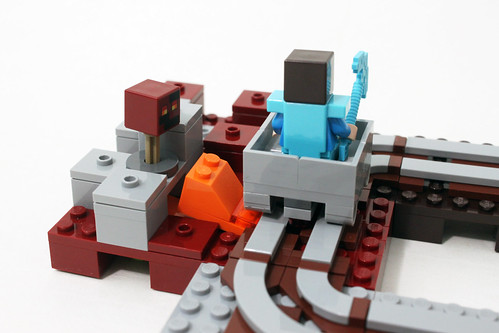 The third bag lets you build more track sections that go in a variety of directions. One thing to note here is the new reddish-brown Plate 2×2, w/ design which are used to connect the tracks. These 45 degree wedge pieces can be used with other parts that have 45 degree angles and will be very useful for MOCs. Speaking of the tracks, the tile track pieces have only appeared in the LEGO Creator Assembly Square (10255) 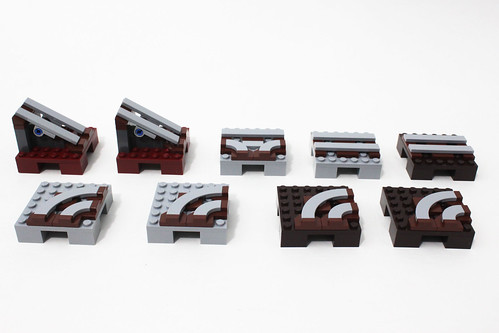 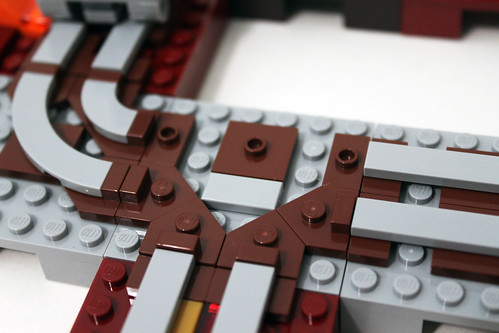 The latter half of the instructions give you a guide on how to connect the track sections together using the 2×4 orange bricks. This layout is the main one that is shown on the box. Since this is LEGO Minecraft, you can rearrange the sections to your liking and the instructions also give you some inspiration on other track layouts. 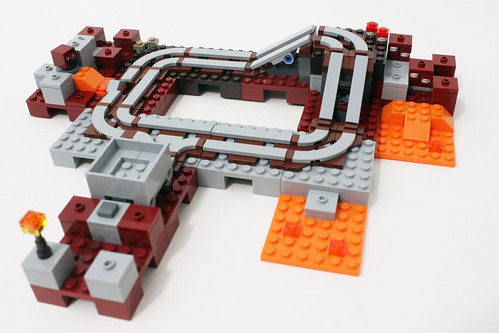 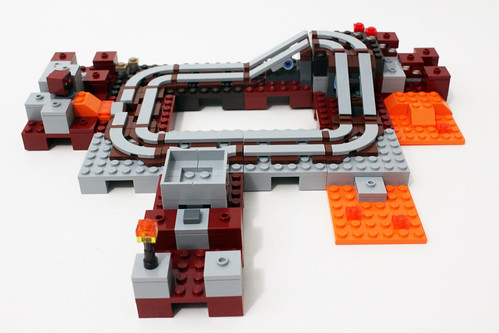 Of all the 2017 LEGO Minecraft sets I’ve reviewed so far, The Nether Railway (21130) is probably the top one so far. The build is extremely simple but the main thing here is putting the track sections together. The sections give you a variety of ways to connect the sections and of course you can also rebuild the sections to other directions that LEGO didn’t show. Plus you can get extra copies of the set to make a massive track in the Nether.

One knock that I have about it is that the whole railway is very fragile since the sections are held together by only the 2×4 bricks. It would’ve been nice to have some parts to add to the top to keep it more stable. I would highly suggest that you build on a large baseplate. 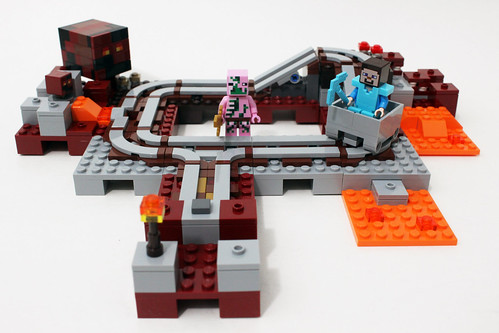