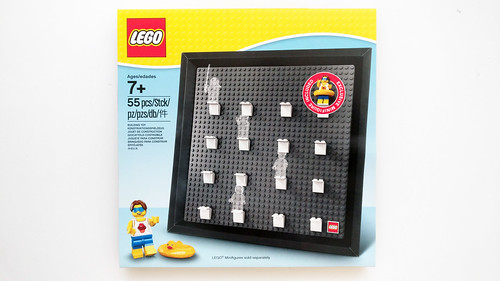 Starting next week on October 15 until the end of the month, LEGO will be running a new promotion at LEGO Brand Stores and on [email protected] for the LEGO Minifigure Collector Frame (5005359). The set has 55 pieces and you can get it for free with purchases of $75 or more, while supplies last. The frame comes “packaged” in a slipcover and the bag of parts are taped on to the frame. Don’t worry, the tape won’t stick so much to the frame that it’ll rip it. 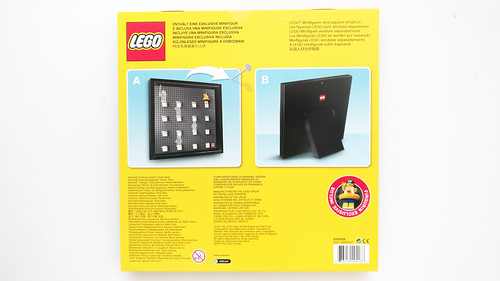 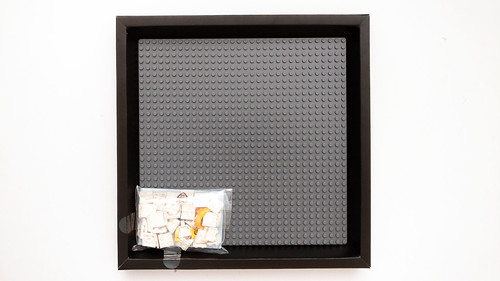 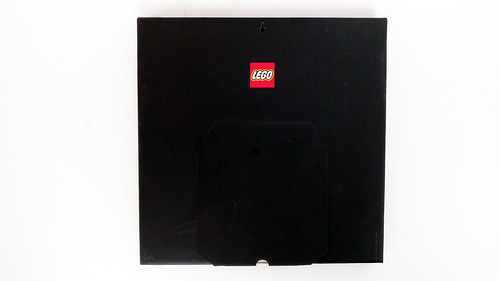 There is an exclusive minifigure that comes with the frame which is a guy that fits more in with the summertime. He has on a white tanktop with a printed stud on top of a muffin so he’s a stud muffin. Get it? We didn’t know this before, but he does come with a double-sided head. On one side, he wears some blue shutter shades and on the other side, he has a kissy face which I don’t think I’ve ever seen before. His accessory is an inflatable duck float which is the same one that Vacation Batman has. 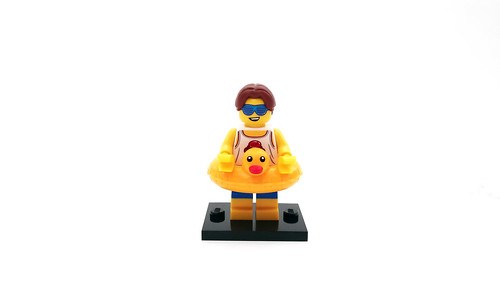 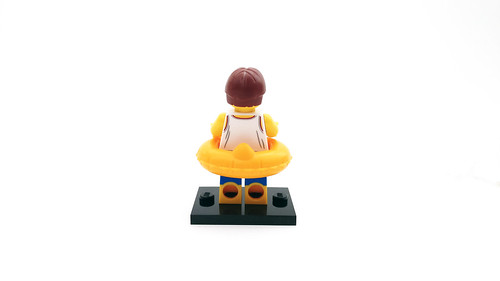 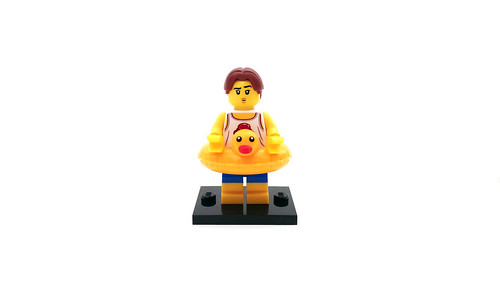 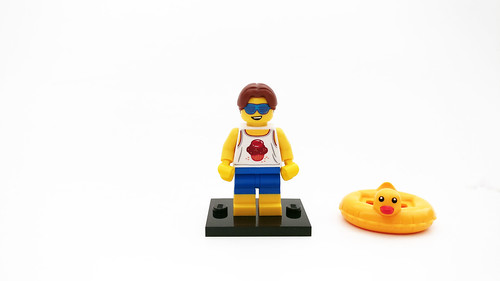 For the Minifigure Collector Frame itself, it’s basically a 32×32 dark gray baseplate that is glued onto the cardboard frame. The stands are basically made up of three pieces, a 2×2 white plate, a 1×2 2/2 angle plate, and a 2×2 sloped tile. Also included with the frame is a printed 2×2 LEGO logo tile which is still a pretty rare piece. The stands can be arranged in any order you desire and there’s enough room to add another row with your own pieces. One thing to note is that larger minifigures or ones that have curvy tails will not fit on the stands because there’s not enough clearance on the back. 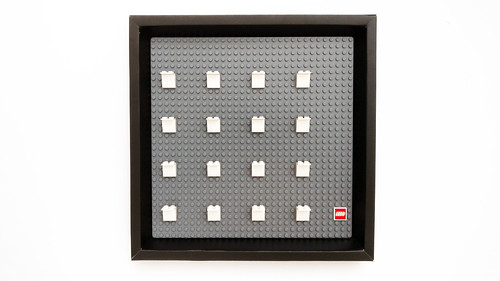 The frame can be displayed in two different ways. The first is by hanging using the hole on the back of the frame. There are no hanger hooks included so you’ll have to use your own for that. 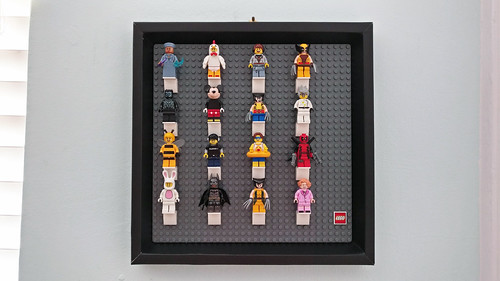 The other way to display it is on a flat surface. There’s a flap on the back that is attached using a ribbon and it stands similar to a picture frame. 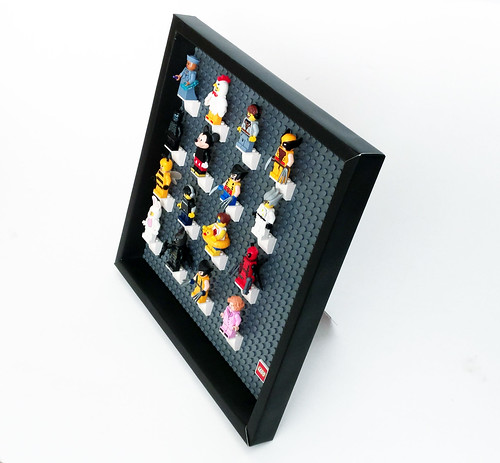 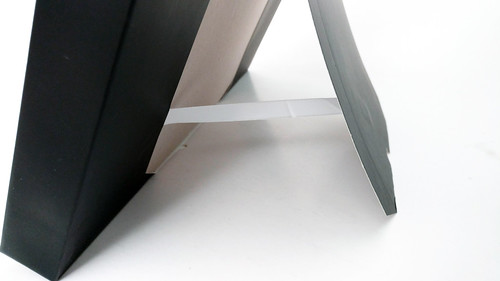 Overall, the LEGO Minifigure Collector Frame (5005359) is a decent promotional gift. If you purchased some of the previous minifigure frames like the Marvel Super Heroes (853611) or The LEGO Batman Movie (853638) ones, they’re pretty much the same thing however this new one is unbranded so you can put whatever minifigure on it and it’ll fit. Also the dark gray baseplate on the black frame looks really good.

There are also some things that I don’t like about it. One is the lack of a front cover, whether it be a piece of glass or plastic. It’ll definitely attract a lot of dust unless you’re routinely dusting it. Another thing I think could’ve been better is a larger stand. Using the 2×2 tiles is fine but with larger minifigures, they will not fit so extending it one more stud would be ideal.

As I mentioned before, the LEGO Minifigure Collector Frame promotion will run from October 15-31 with purchases of $75 or more, while supplies last, at LEGO Stores and on [email protected] 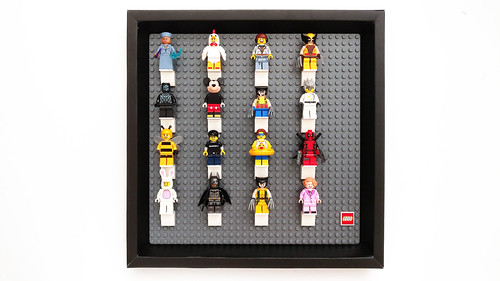