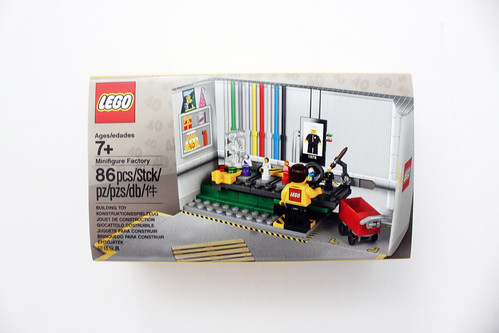 The LEGO Minifigure Factory (5005358) promotion is still currently going on at LEGO Brand Stores and on [email protected] and it is one of the most unique gift-with-purchase items that they have released in recent years. Until April 20 or while supplies last, you can get it for free with purchases of $75 or more. The set is to celebrate the 40th anniversary of the LEGO minifigure. 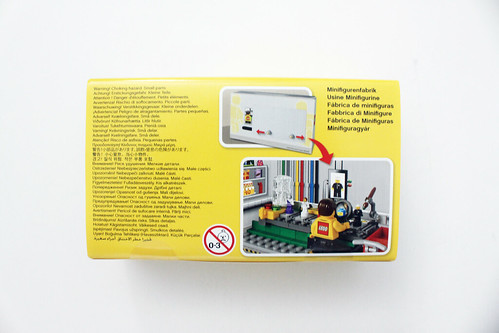 The box comes in a outer sleeve that shows off the details of the set in the front how it looks. Taking the sleeve off shows the factory warehouse door with 1978 above it which is the year that the LEGO minifigure was introduced. 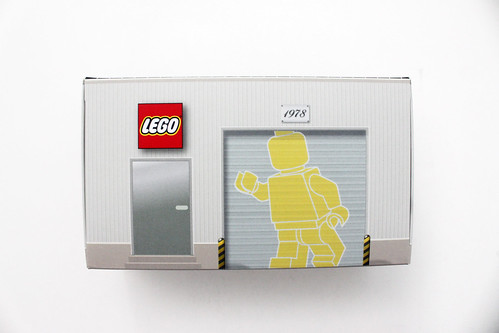 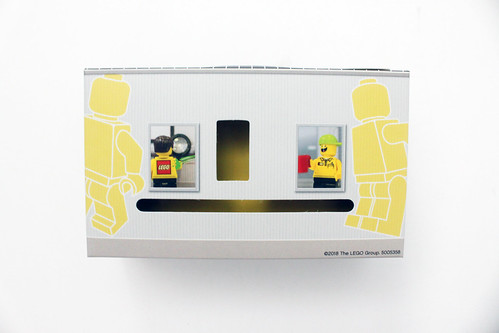 What’s nice about this set is that you don’t have to rip off anything to get to the contents of the box but instead there is a tab to fold down. Inside the box, you get a bag of parts, a small cardboard showing off some of the characters that are featured, and the instruction booklet. 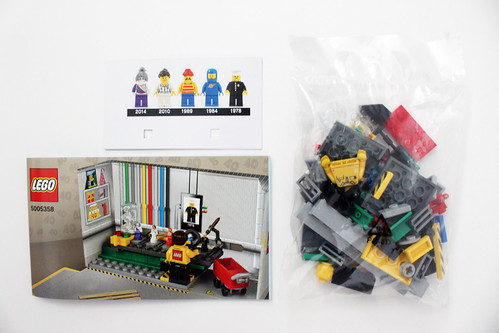 The inside of the box is also very detailed. The main thing is the gray 6×12 plate that is attached to the box itself. On one side, you have printing of some decorations such as a birthday cake celebrating 40 years of the minifigure, a present, party hat, and so on. On the opposite end, there’s a reprint of the minifigure patent. 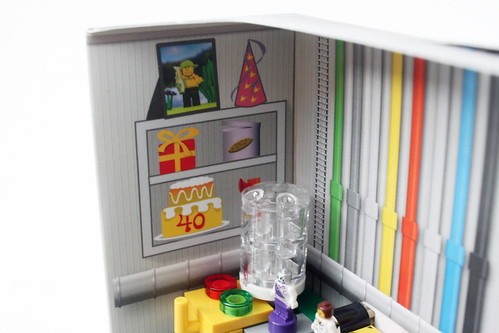 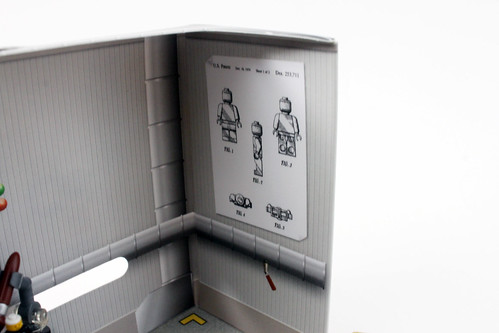 There are five microfigures that are in this set to represent their minifigure counterparts. 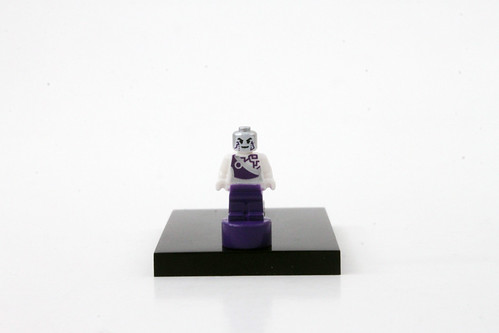 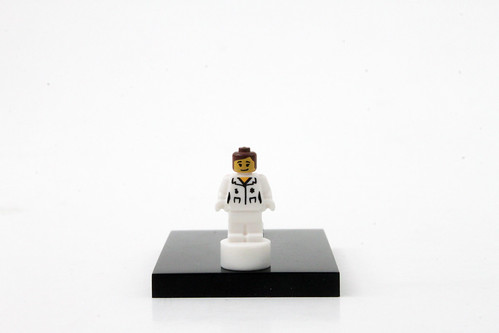 Classic Pirate (1989) – The pirate minifigure first appeared in 1989 with the theme of the same name. 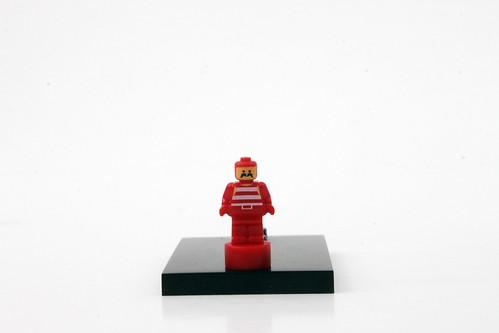 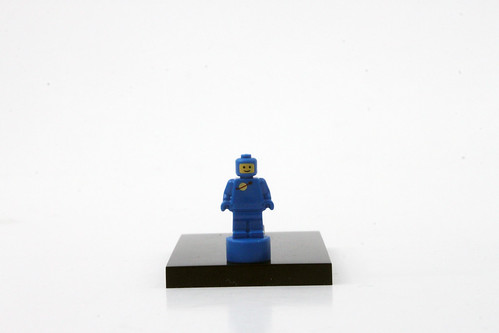 Classic Policeman (1978) – The classic policeman minifigure first came out in 1978 with the Police Car (600). The head is not fully painted yellow and it still shows some white on top. 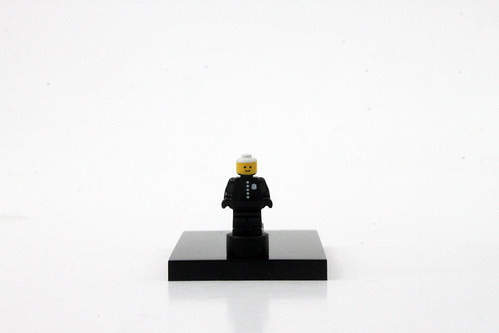 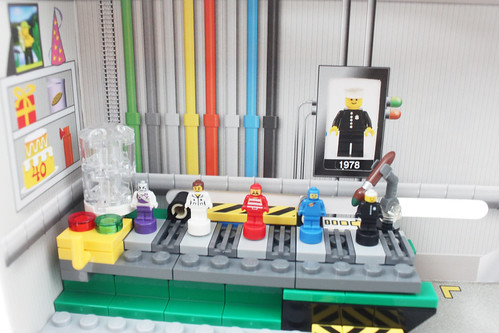 In addition to the microfigures, there’s also a regular minifigure of the factory employee. He wears a yellow LEGO shirt with pocket printing and badge on the front and a big LEGO logo on the back. He does come with a magnifying glass to closely inspect the microfigures for quality assurance. 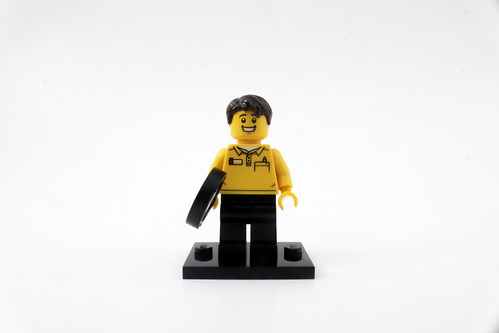 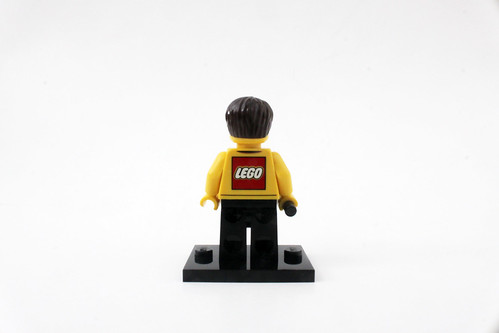 What’s interesting about the build even before it begins is that the 6×12 plate is actually glued on to the cardboard instead of being separate as the instructions seem to suggest.

The first part of the build is the red wagon that the microfigures drop into after they’re finished being created. 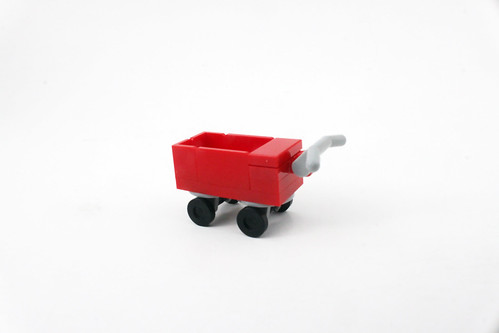 The assembly line itself works in conjunction with the cardboard using the sliding feature it has. On the left side, there’s a red and green button to signal when the conveyor belt is starting and stopping. The whole section is connected to the box and is secured using some Technic pins. 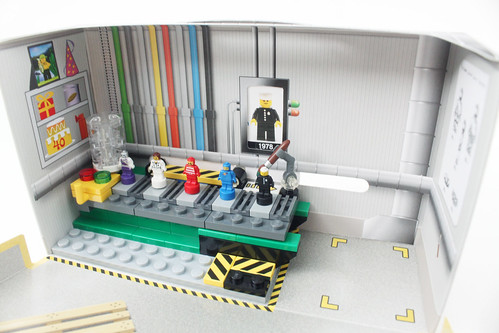 It’s important to place the microfigures in line according to what the instructions state as it shows up on the cardboard card window in the back as it slides through. This is a pretty nice feature however there is actually some issues with it, more specifically with P.I.X.A.L., as it doesn’t full show her on the cardboard card when she slides through because part of her arm gets cut off. 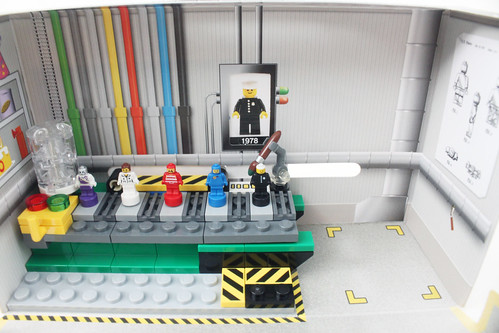 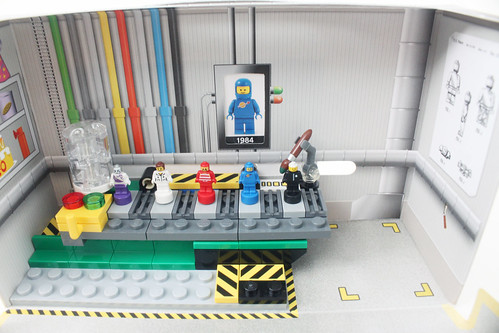 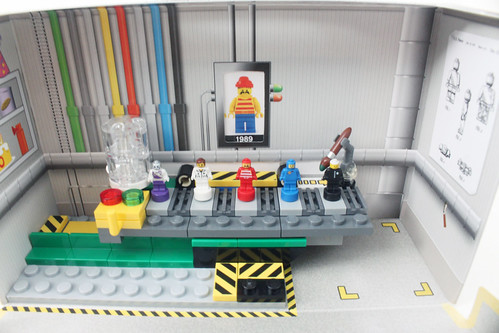 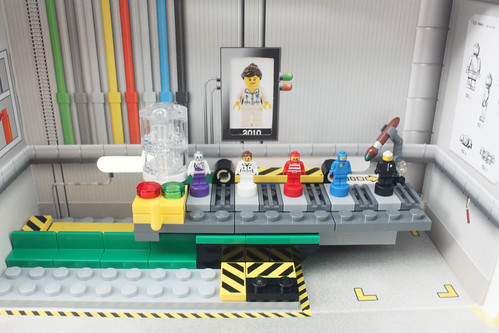 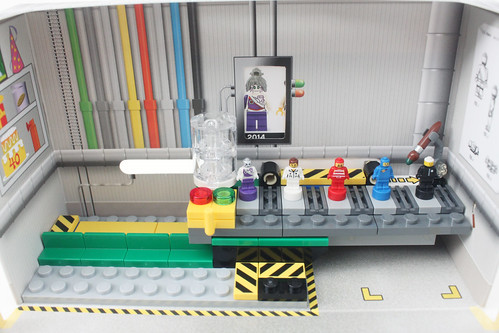 In recent times, LEGO has been releasing some very unique gift-with-purchase items in recent times and the LEGO Minifigure Factory (5005358) is nothing short of a great set. The idea of a minifigure creating their own minifigures is thoughtful and very meta. I do like the flap feature of opening the box instead of ripping it open as I thought it was going to be which makes the set more collectible than others.

The microfigure minifigure selection is decent but I don’t understand the inclusion of P.I.X.A.L. as I can think of a lot more other ones that could be included like a character from Castle. I’m sure LEGO has their reasons for it.

One other thing that I don’t like about it is that the 6×12 plate is glued to the box and it makes it a little hard to build the base of the conveyor belt without damaging the box. It can be done but it’s just annoying.

The LEGO Minifigure Factory (5005358) promotion is still going on at LEGO Brand Stores and on [email protected] with purchase of $75 or more and will run until April 20, while supplies last. 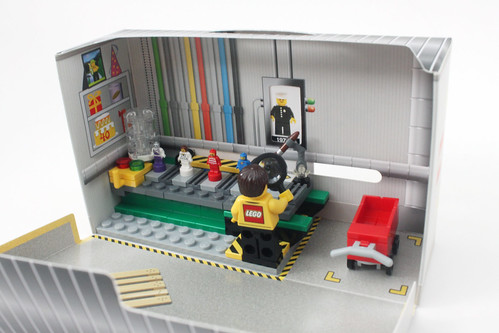