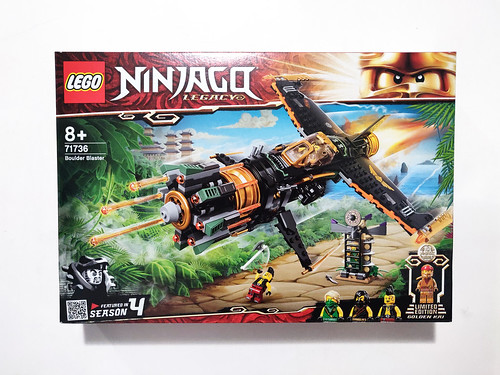 LEGO will be celebrating the 10th anniversary of LEGO Ninjago in 2021 and the newest wave will have something special in a few of the sets to commemorate the event. In these sets, there will be a golden minifigure of one of the ninjas included, with a total of six to collect. The first set that we’ll be taking a look at is the Boulder Blaster (71736) which is a Legacy set based on scenes from Season 4 of LEGO Ninjago Tournament of Elements. It has 449 pieces and will retail for $39.99. 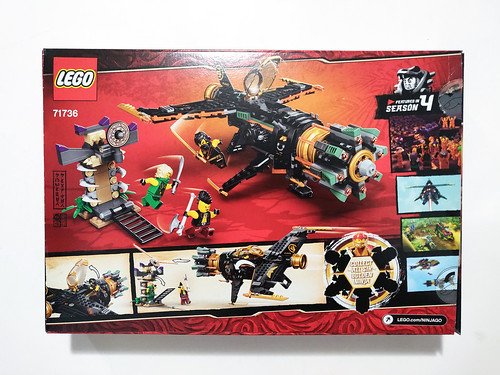 There are four minifigures in this set, Cole Lloyd, Eyezor, and Golden Kai. Cole is in his black outfit that has no sleeves. Across the chest is some lettering that spells out MASTER in the Ninjago alphabet. The back of the torso shows the Earth symbol. The legs has printing for the rest of the outfit. He has a double-sided head that shows a smirk on one side and an angry look on the other. However, you can’t really see it unless your remove the scarf. 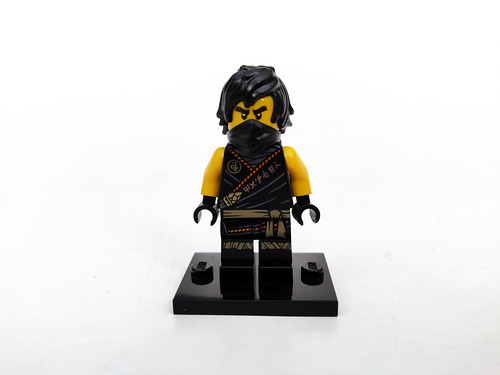 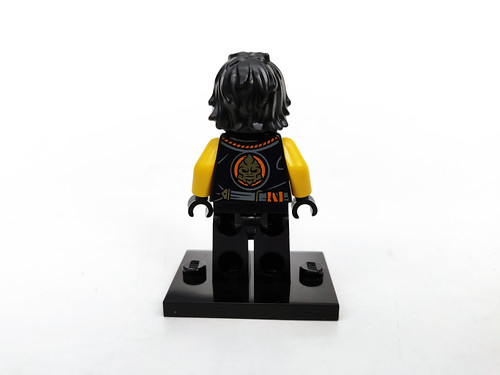 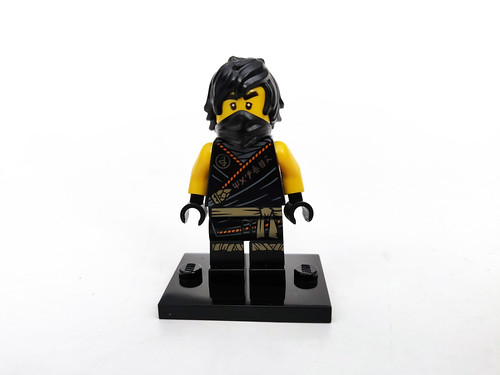 Lloyd is in his green tournament outfit that also shows the word MASTER across the chest. The back of the torso shows his Energy dragon in metallic printing. He also has a double-sided head showing his green eyes with one side having a confused look and an angry expression on the other. His accessory is a sword. 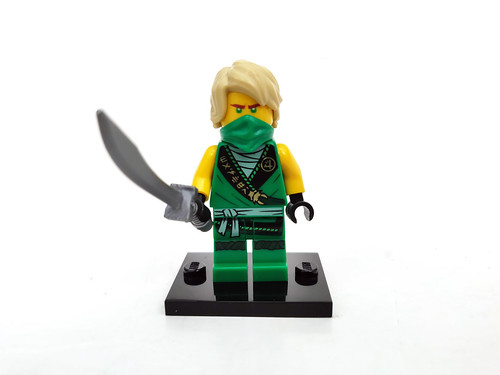 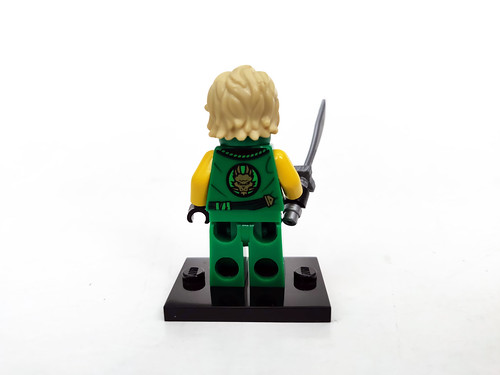 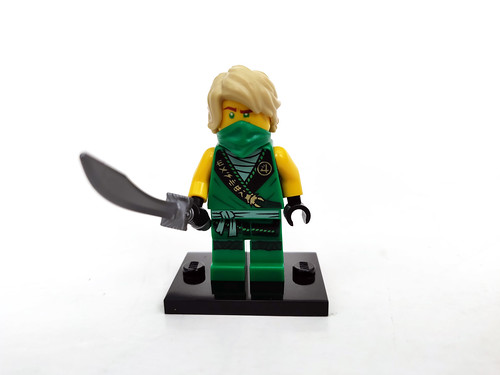 Eyezor has on a black vest that shows a purple Anacondrai symbol on the back. The legs are dark red with printing of some knee belts and spikes on the shoes. His face shows him with a snake tattoo as well as a blind right eye. His accessory is a bone axe. 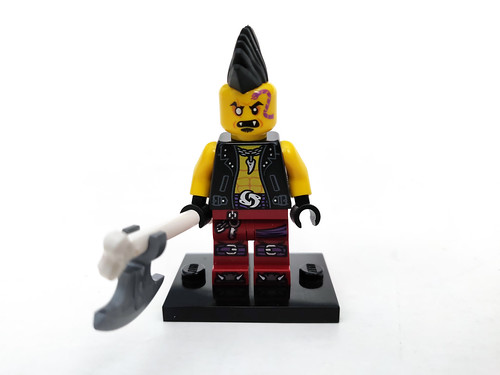 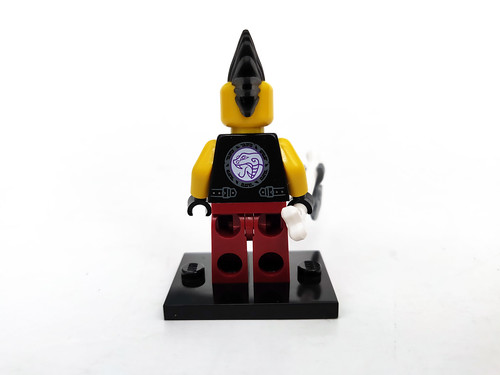 Lastly, we have the limited edition Golden Kai minifigure. His robe is mostly gold with some red on the inner shirt and on the belt. He has a double-sided head showing a nervous smile on one side and an angry look on the other. His mask also shows a red headband going around it. To complete his look, he has a golden sheath that goes around the neck along with a golden sword. What’s neat about these 10th anniversary minifigures is that it also comes with a brick-built stand that has a printed 2×2 round tile showing Ninjago 10 Years. 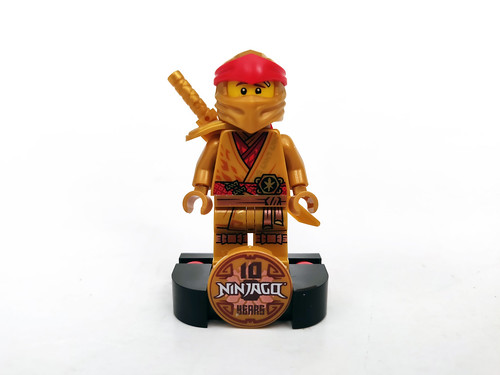 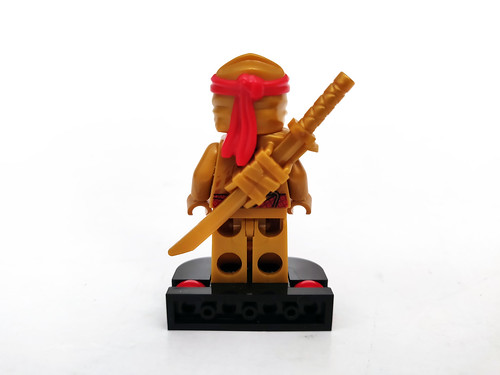 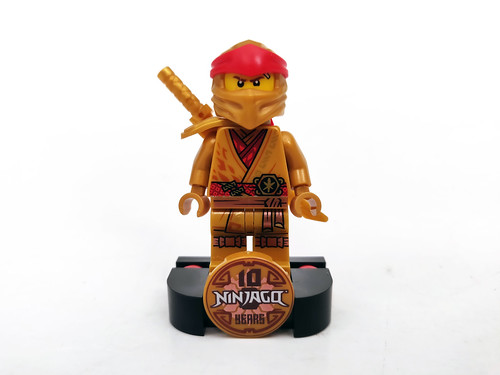 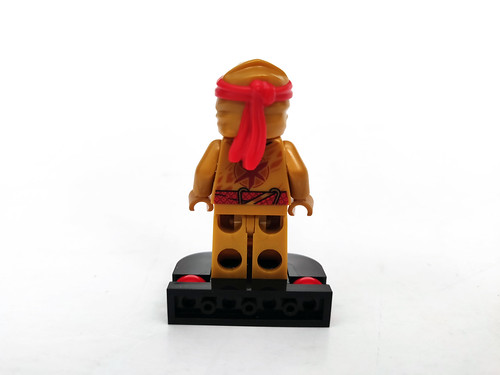 The first part of the build is for the little prison cage. The bars are made out of teeth pieces and the door is a ladder that is locked by a lever on the top. 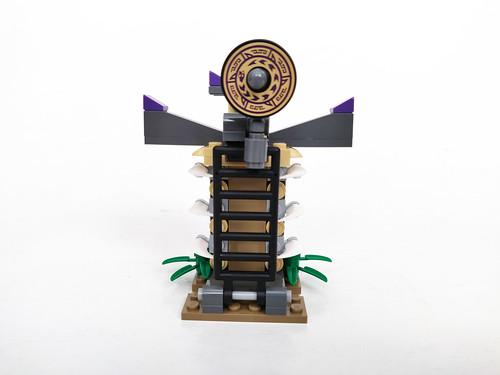 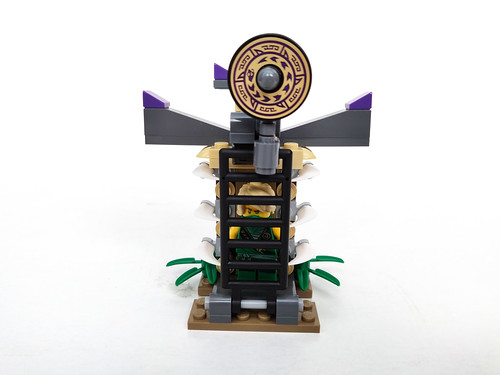 The rest of the build is for Cole’s Boulder Blaster. It is a slight redesign of the 70747 version from 2015. It has an interesting design for a jet which has 8 spring-loaded missiles at the front. They are triggered by turning the knobs on the sides of the jet below the cockpit. Speaking of the cockpit, the windshield is nicely molded with some pearl-gold trim around it. 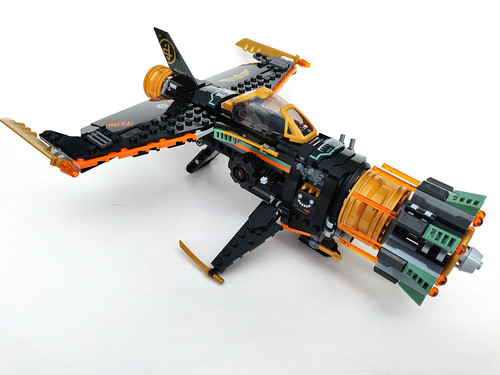 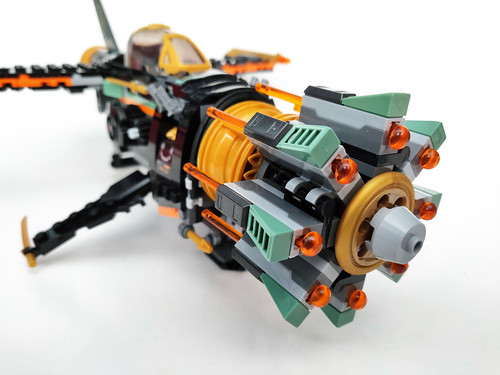 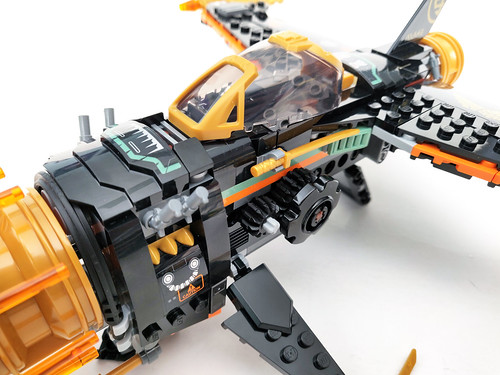 The lower area of the jet has a front landing gear and some folding wings. There’s also a Technic handle on the back to hold the set a bit easier. 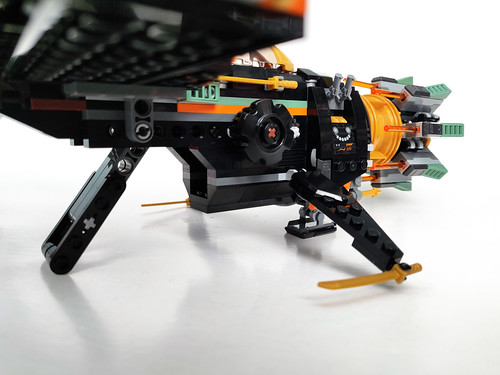 The back wings have a couple of large swords on the ends. The flaps uses some larger stickers to give it some detailing. One flap shows the Earth symbol with some wings and the other flap shows the word FLOE in Ninjago language. I’m not sure if I translated that correctly or not. 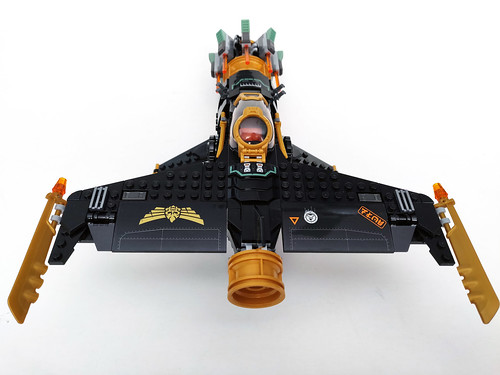 Overall, the LEGO Ninjago Boulder Blaster (71736) is a nice little update to the previous version which makes it sleeker and the colors more consistent. I do like that you can get an exclusive minifigure to celebrate the 10th anniversary of Ninjago with the Golden Kai. The price for what you get is decent and you get one additional minifigure but I think that and combined with some newer parts on the jet resulted in a $10 price increase. 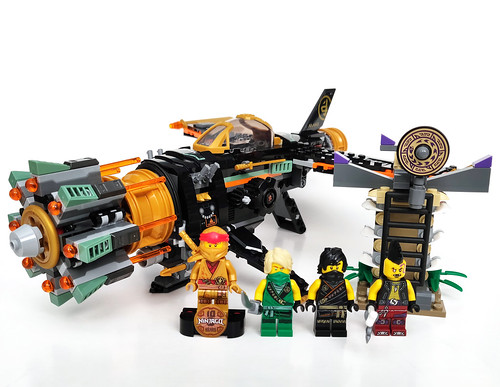 Thank you to LEGO for sending a few minifigures for me to review. The content above represents my own opinion and not the company. Review sets sent in does not guarantee a positive review.