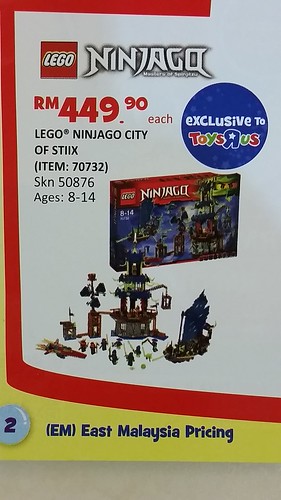 There is now an image of the Summer 2015 LEGO Ninjago Toys R Us exclusive set, The City of Stiix (70732). The image comes from a Malaysian Toys R Us catalog and it shows off a whole playset that includes a red fighter jet thing, a ship, and what I think is part of the city of Stiix as the set name implies. There also eight minifigures included in the set but it’s hard to tell exactly who they are at this time. This exclusive set will most likely priced at least $100+ and will only be available at TRU and LEGO Stores/[email protected]

Note The City of Stiix (70732) is different from the Ninjago Temple (70751) that is rumored to be released in August.

Update: Added clearer images of the set as well as a review of it by LEGO Burst. 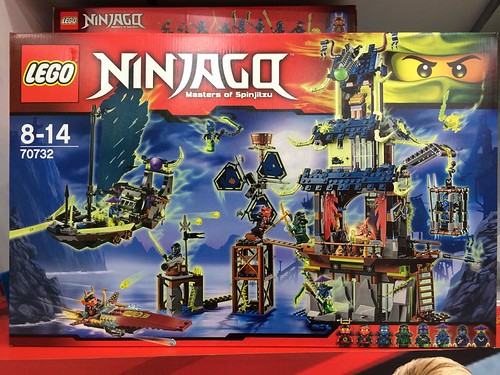 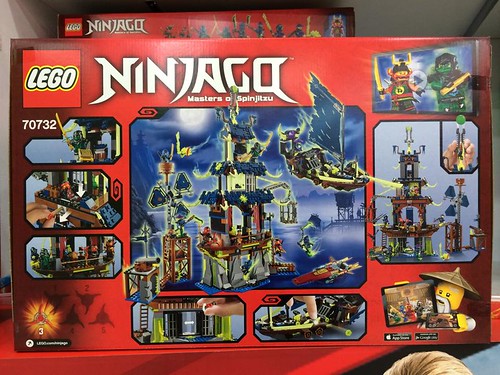