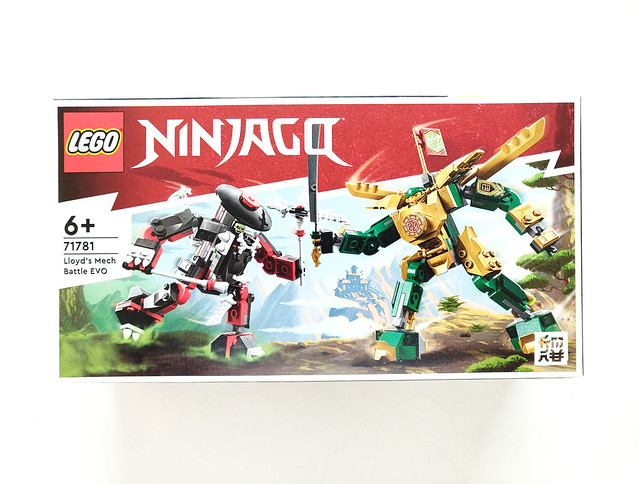 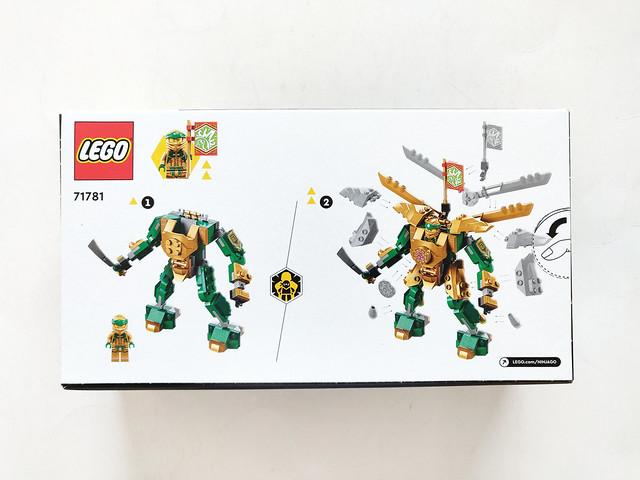 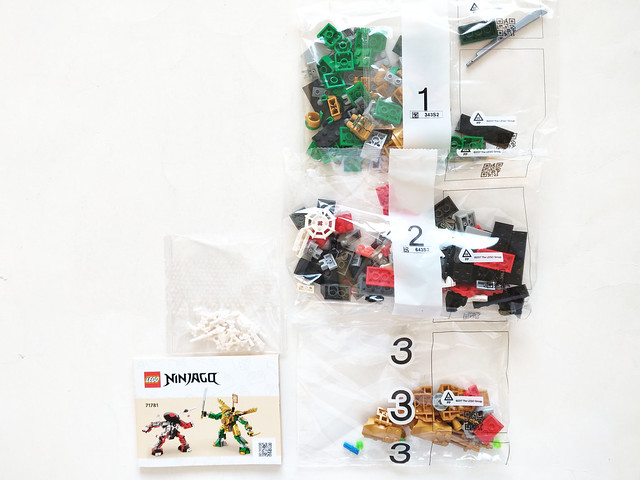 There are only two minifigures in this set, Golden Lloyd and Bone Warrior. This version of Golden Lloyd is exclusive to this set. The torso has some dark green armor that contrasts with the lighter green on the rest of the minifigure. He has a double-sided head that shows a confused look on one side and an angry expression on the other. Covering his head is the mask that has the lighter green which I believe is a new color combination for the mask. His accessory is the golden sword. 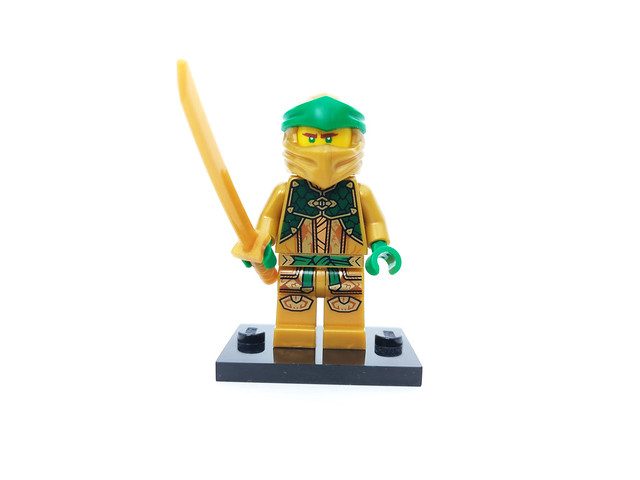 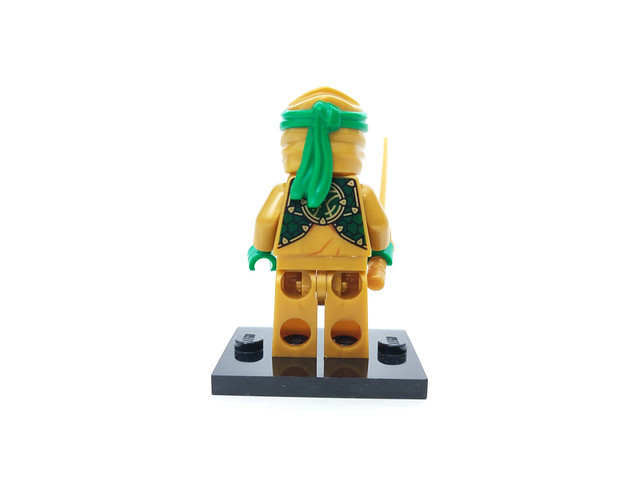 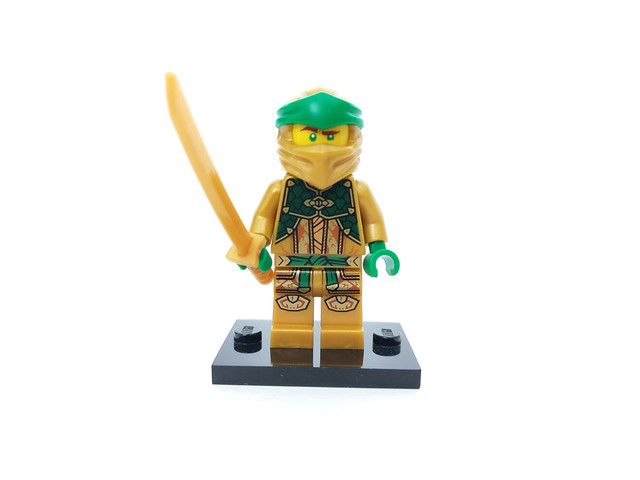 The Bone Warrior has some wrappings on the upper part of the torso on the front and back. The bottom part of the torso as well as the legs has some silver spike armor printing. There is a single shoulder pauldron that goes between the head and torso. Its accessories include two bone shurikens. 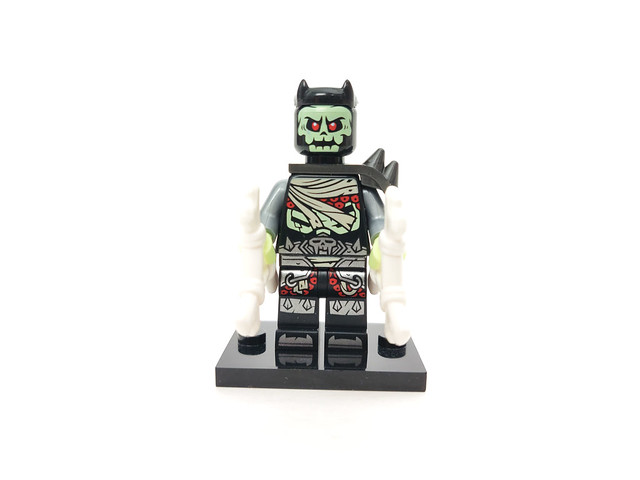 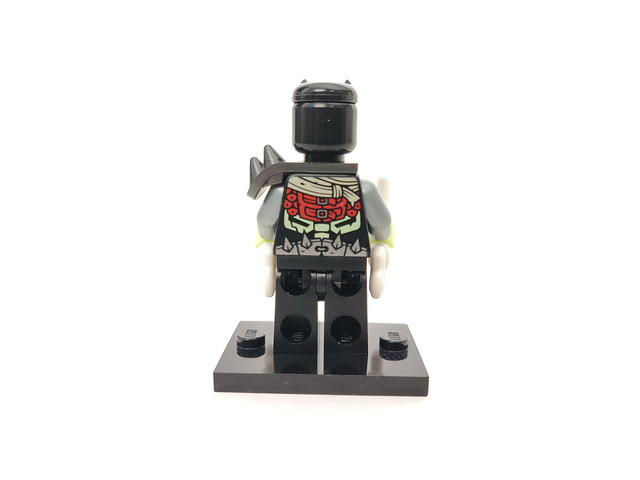 For such a small set, the Lloyd mech is a decent size. It has the main color schemes for Lloyd with the gold and green. It has a lot of poseabilty using ball joints on the arms, wrists, legs, and feet. The upper arms has some printed shield pieces. 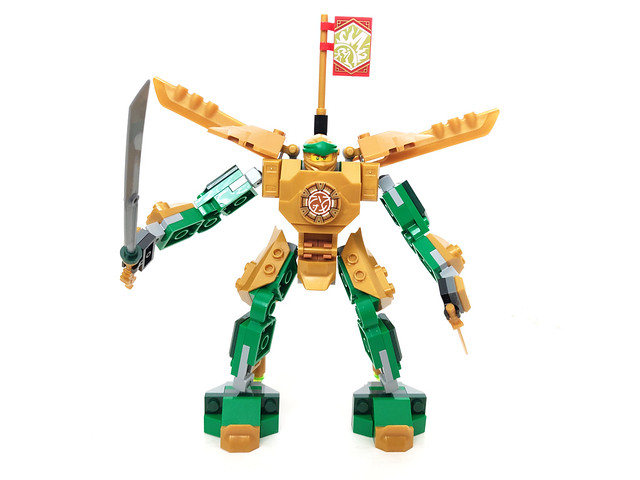 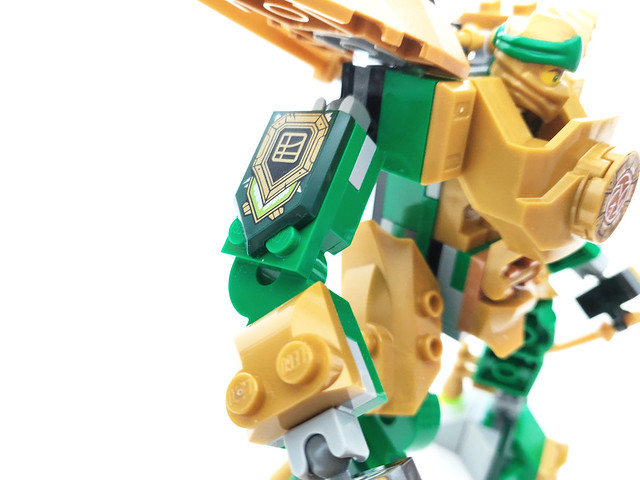 The torso area has a flip-down cockpit for Lloyd to stand in. Flanking the cockpit are some shoulder pads on hinges. Right above is a printed Resilience banner. 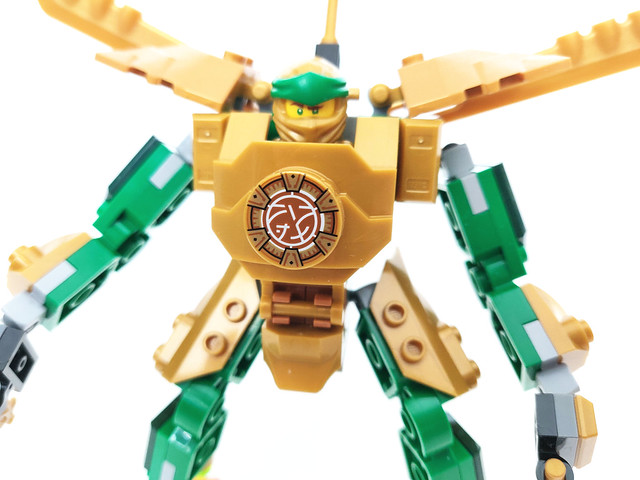 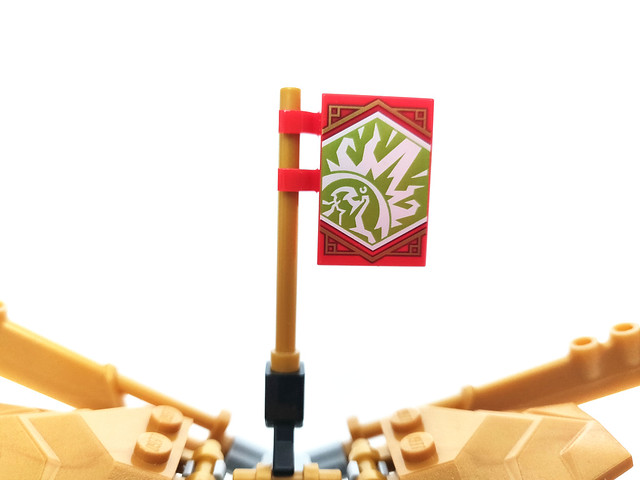 Lastly, the back has a spot for the wings but that can be taken off to convert to another weapon. This is in addition to the two swords that the mech already has. 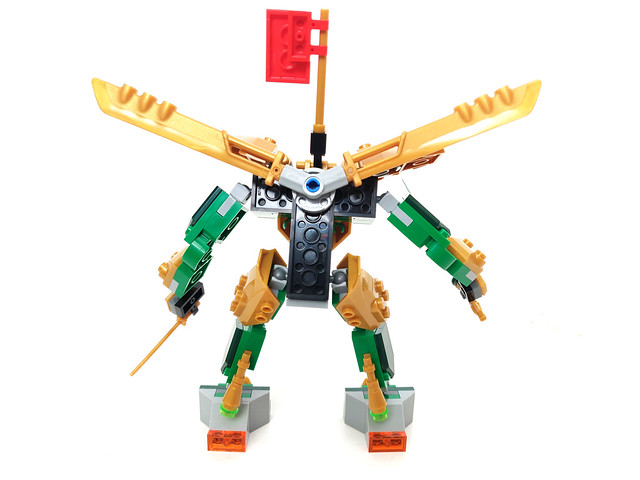 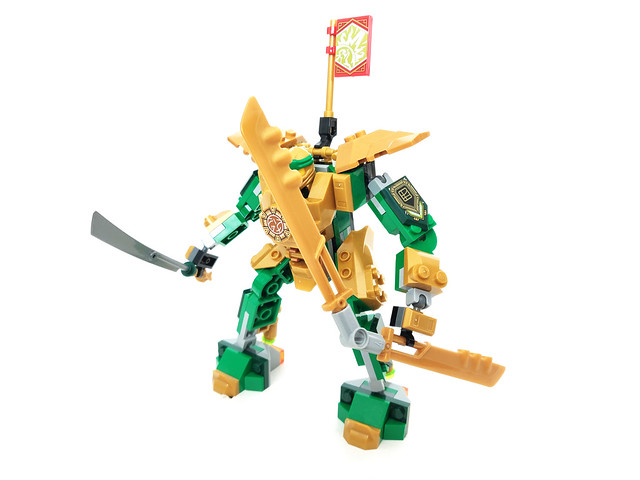 For the Bone Warrior mech, it has a similar building experience as the Lloyd mech. All the joints uses ball joint except the wrists because there’s really no hands that connect on the arms. Instead the hands are just extensions of the rotated plate piece. 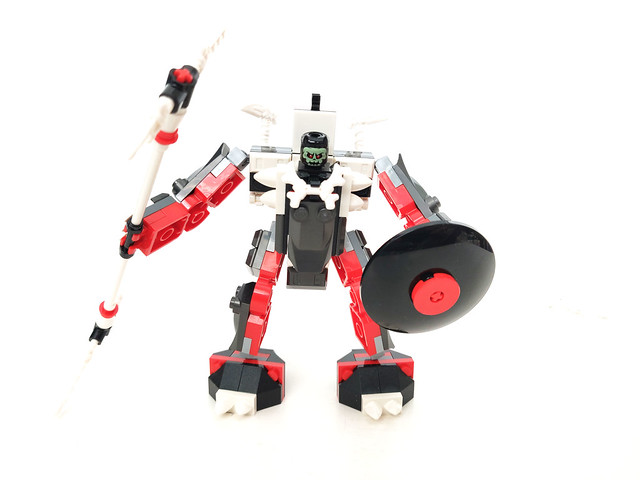 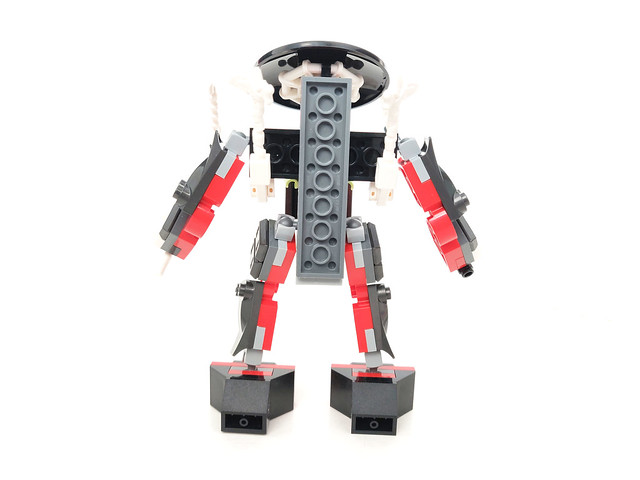 Like Lloyd, the front is able to flip down to put the Bone Warrior in. Behind the mech are some bone axes and near the head area is a clip for the hat. Speaking of the hat, it doubles up as a shield and the scythe looking weapon can be broken down into two separate axes. 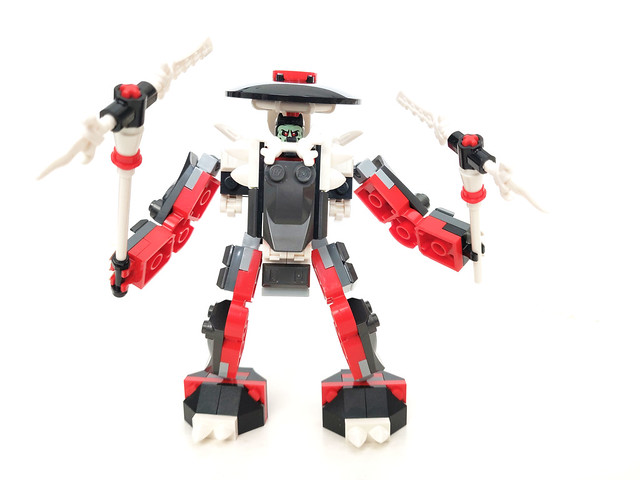 Overall, the LEGO Ninjago Lloyd’s Mech Battle EVO (71781) is an okay set with plenty of playability. For $20, you get two mechs and an exclusive minifigure with the Golden Lloyd. The mechs aren’t too sophisticated and are in line with the previous smaller Ninjago mechs which gives kids some immediate play time since they don’t take too long to build. 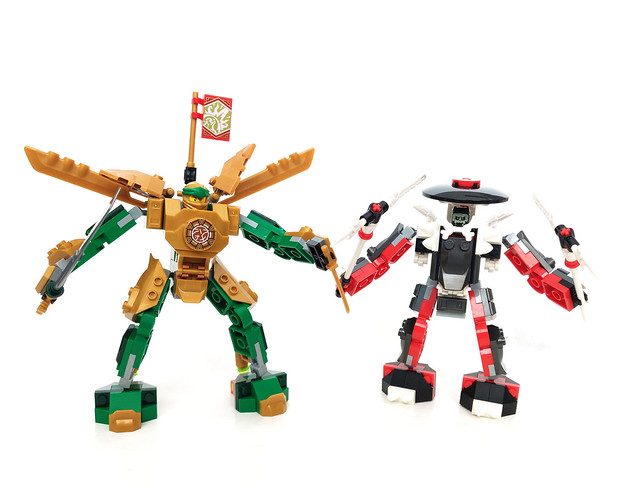