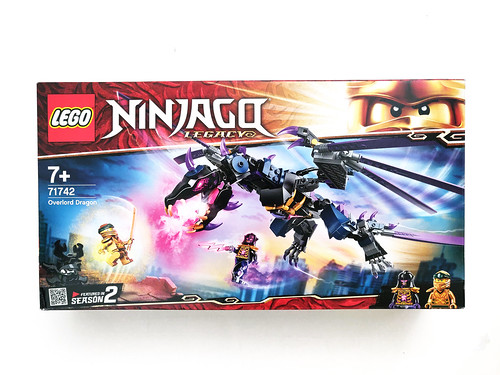 Next up on my reviews of the LEGO Ninjago Legacy sets is the Overlord Dragon (71742) which is from Season 2 of LEGO Ninjago. It has 372 pieces and retails for $29.99. The set is based on Episode 26: Rise of the Spinjitzu Master. 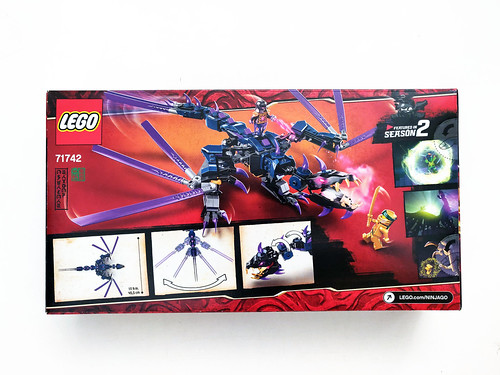 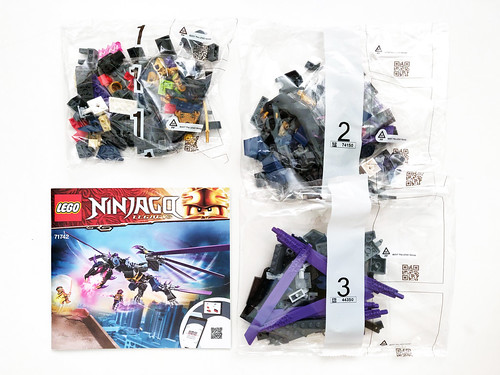 There are only two minifigures in this set, Golden Lloyd and the Overlord. This version of Lloyd is from the episode when he transforms into his golden version and not to be confused with the 10th anniversary version from the Tournament of Elements (71735). The torso and legs is mostly gold with some green on the belt and on the headband. I believe this outfit is the same as the one in The Golden Dragon (70666). His accessory is a sword which can go into the sheath/shoulder armor piece. He does have a double-sided head showing a cocky look one side and an angry look on the other. 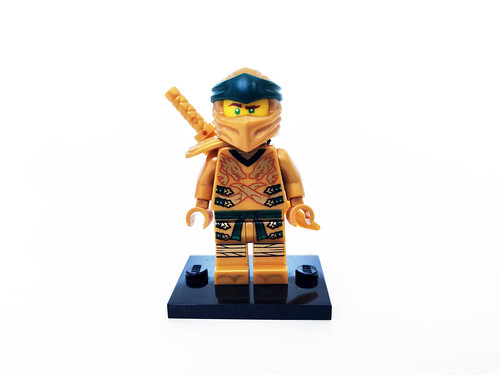 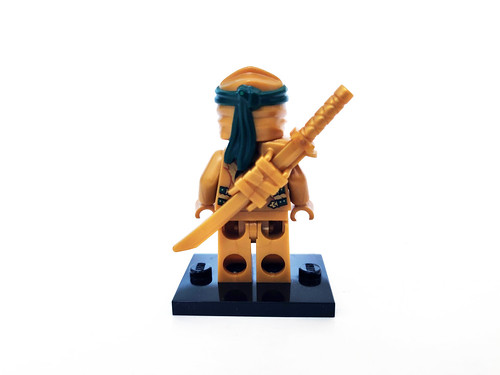 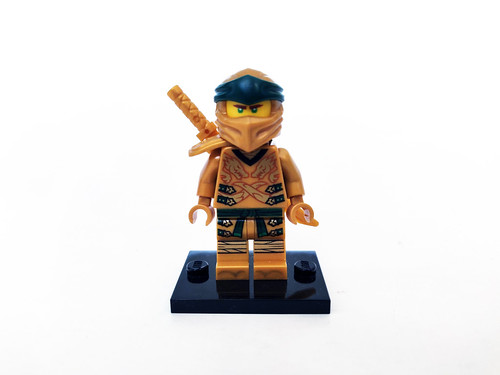 The Overlord has on the Golden Armor which is depicted by the metallic printing on both sides of the torso. The legs actually use the ghost piece in a trans-purple color. The head is also trans-purple that shows him with an evil smile. His accessory is a trans-pink lightning piece. 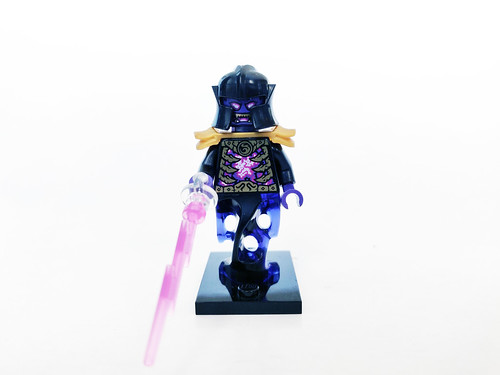 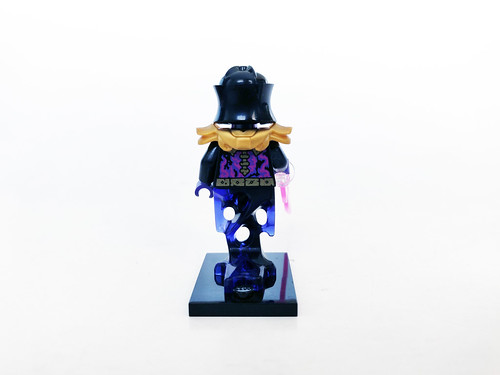 All of the rest of the parts go into the Overlord Dragon itself. It’s a rather skinny dragon but also a long one. When you first look at it, your eyes immediately go to the head of the dragon. It is two separate pieces that are molded with the teeth protruding outwards. The pieces are connected on some hinges so the mouth is able to open wider than it would if they were connected to each other. The head is connected to the body using a ball joint so there’s plenty of movement there. 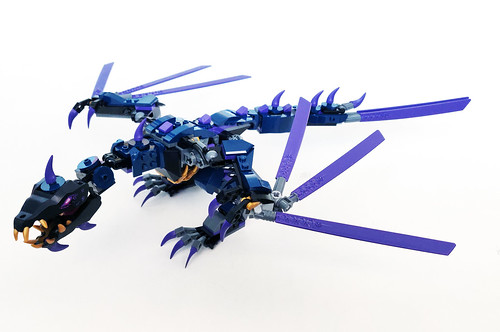 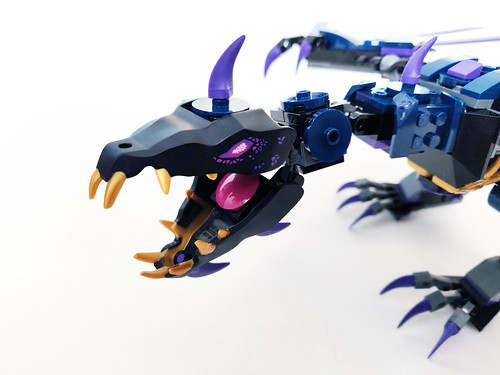 The bottom of the torso has some pearl-gold for the ribs and a trans-pink lightning piece going down the body. The arms are on ball joints so it has a wide range of motion and the wings uses some large purple sword pieces. There are also some articulated fingers as well. Heading towards the back, the legs are on hinge joints while the ankles are on ball joints. The toes are articulated as well. 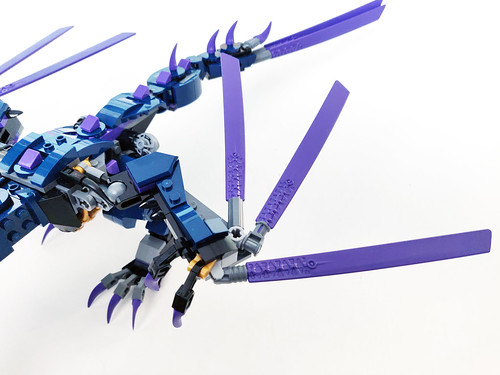 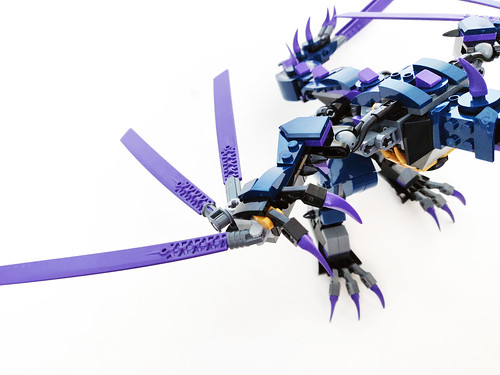 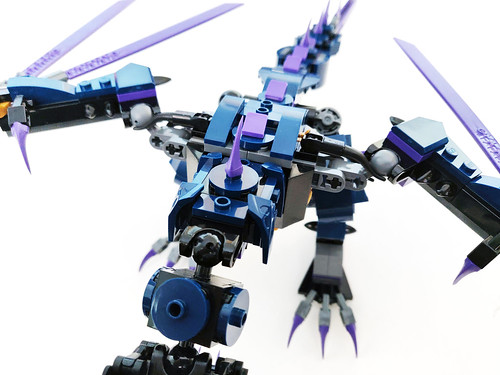 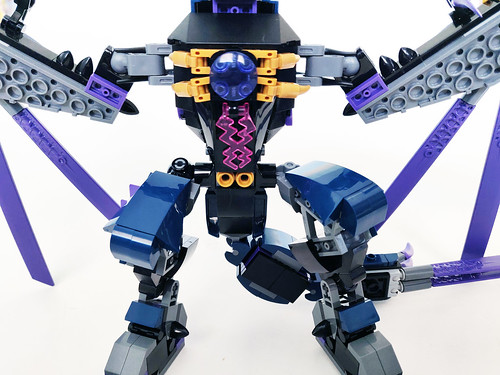 Lastly, the tail is separated into three small sections. The back two sections use some 2×4 hinge plates with articulated joints which allows them to move freely and have a more natural feel. The end of the tail also uses a couple of the long purple swords. 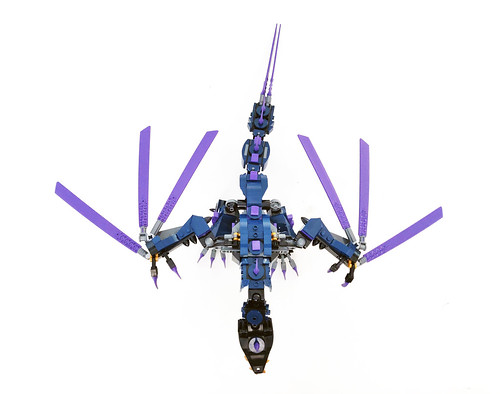 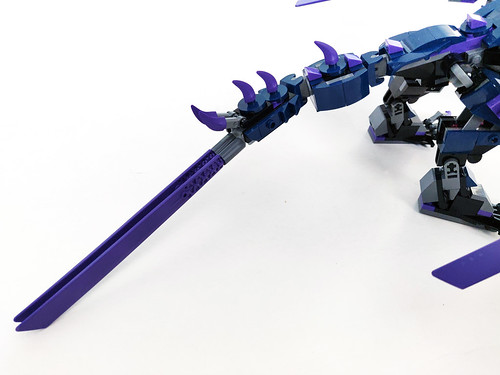 The LEGO Ninjago Legacy Overlord Dragon (71742) is sort of a mixed bag for me. Dragons in general are pretty hard to get right and I feel that it didn’t work here. The Overlord Dragon in the show had a more purple hue all around and the dark blue used for most of the body seems off. I get that LEGO was trying to do some light shading on it but it’s not for me. I do like the size of it, however. It does seem that it may be worth the $29.99 price point. 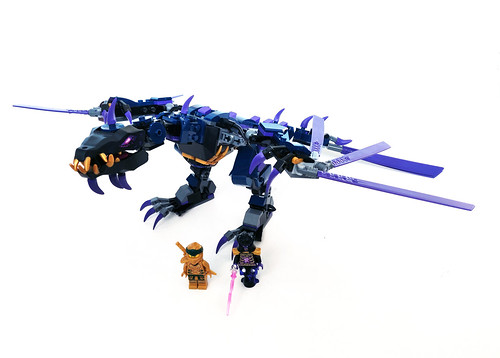