LEGO has released a new trailer for the upcoming episode of the 2019 LEGO Ninjago TV season called The Fire Chapter. According to the caption on their Facebook post, it will be premiering June 22 on Cartoon Network and it will be about 11 minutes per episode.

The trailer shows Queen Aspheera wanting revenge on Garmadon who locked her in a pyramid for a thousand years and the ninjas need to use the Scroll of Forbidden Spinjitzu to defeat her.

The Scrolls of Forbidden Spinjitzu have been kept a secret for a thousand years. With good reason. The evil Serpentine sorceress, Aspheera, was banished along with the Scrolls – but now she is back, hungry for revenge, and ready to get her fangs on the Scrolls once more and reclaim her powers. The ninja’s powers, friendships, beliefs and loyalties will be put to the test like never before. 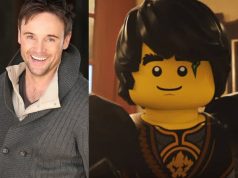