The LEGO Ninjago The Golden Dragon (70503) is mostly taken from a scene in the Ninjago: Masters of Spinjitzu tv series episode Island of Darkness where all the Ninjas go to find the Temple of Light. Here is where they all are transformed into their final outfits including Lloyd Garmadon who becomes the Golden Ninja and summons the Golden Dragon. This set contains 252 pieces and retails for $29.99, a $0.12/piece ratio. The box comes with one instruction booklet, three numbered bags, and one un-numbered bag with the dragon head. 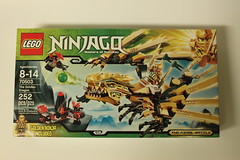 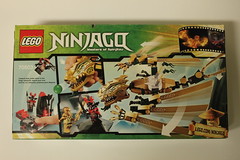 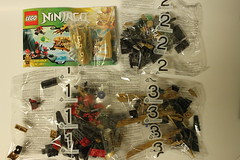 A big part of this set and why many, if not all, people will be getting this set is Lloyd ZX as the Golden Ninja, otherwise known as, the Ultimate Spinjitzu Master. His outfit is a kimono that is mostly painted gold with some green on both sides of the torso. The back torso has a nice looking dragon in the middle. The front part of the legs are also printed. Lloyd also wears a gold armor piece as well as hood piece. One thing that is interesting is his head. It is not the usual yellow head but it’s printed gold instead. Pretty much everything on this guy is gold. Lloyd wields Kai’s Fire Sword but this is probably in error since he doesn’t wield any kind of sword as the Golden Ninja in the tv series. You can also get this minifigure in the Temple of Light (70505) set. 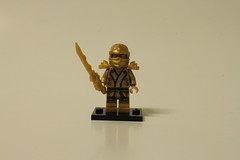 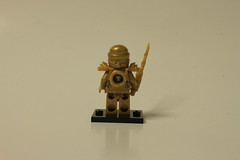 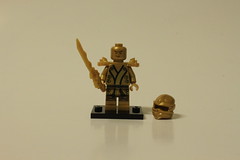 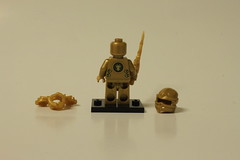 The second minifigure in the set is the Stone Scout. He has a red printing on both sides of the torso and short black legs. He has a black head with yellow face tattoos with an angry expression. He wears a red straw hat and has a crossbow and a red quiver as his accessories. 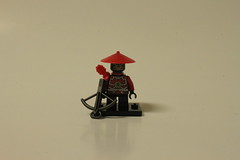 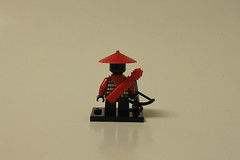 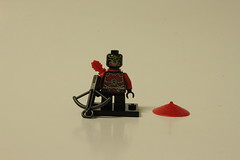 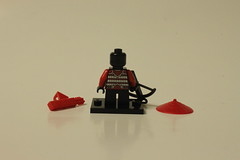 The last minifigure in the set is the Stone Warrior. Like the Stone Scout, the Warrior has some nicely detailed printing on the front and back of the torso. He also has some printing on the front of his legs. He has a black head with red facial tattoos and an angry expression. I’ve did some research on his helmet and shoulder armor pieces and found something interesting. These pieces are based off real Japanese samurai armor. The black helmet piece is called a kabuto. The red crest on the front of the kabuto is called the maedate tsunamoto. The faceguard he wears what looks like to be a menpō. The red shoulder armor is a combination of a yodare-kake with a sode on each side. His accessories include a hammer, spear, scimitar, or some dynamite. 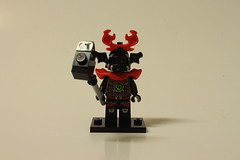 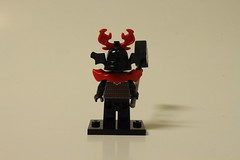 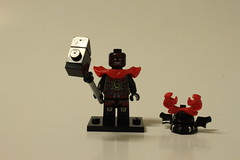 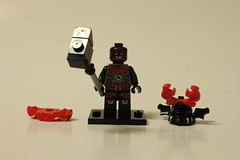 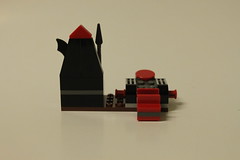 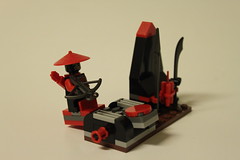 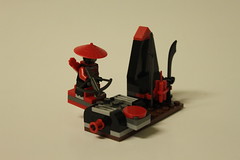 Finally the star of the show, The Golden Dragon. Like Lloyd, the dragon is mostly gold with some green. The dragon’s upper part of the head is the same as the one in the Earth Dragon Defence (2509) except that the eyes are more further back than the previous mold. Both parts of the head have a nice rubbery feel to it. It also has a place to hold a dragon sphere in the mouth that you can shoot by squeezing the head pieces together. The built of the body is very sturdy and compact. Large blade pieces are used to construct the wings which are able to fold in and out. The fingers on the hands at the end of the wings can move independently. There are two sections of the tail that are able to twist separately as well. The legs are also articulated by the feet are in a locked position. 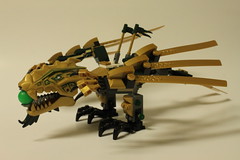 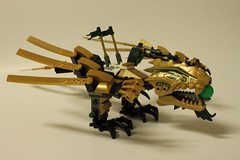 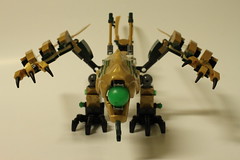 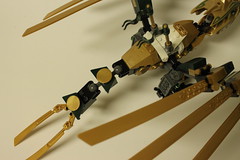 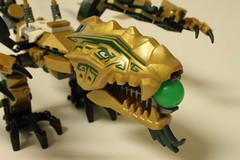 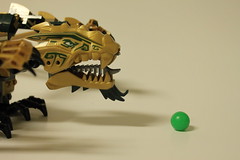 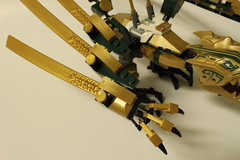 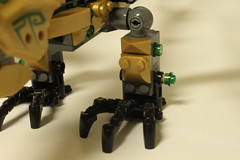 It’s hard to believe but The Golden Dragon set is the first Ninjago set I’ve owned besides the Kendo Jay polybag. Overall, I really like the set and it kind of makes me regret not purchasing other Ninjago sets in the past. Obviously, the Golden Ninja minifigure will be one of the hottest minifigures this year since there won’t be any more Ninjago sets in 2013 and he’s only in one other set. The Stone minifigures are a nice addition. The main attraction is the Golden Dragon itself. It’s very nicely detailed and very articulated. I would totally recommend picking up this set. The price point is also spot on for what you get. 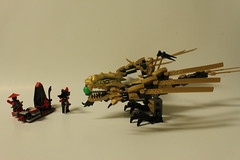 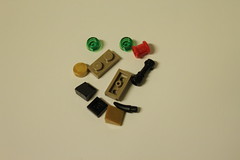