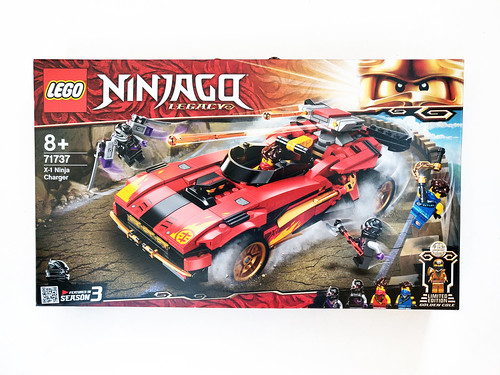 Next up on my reviews of the LEGO Ninjago Legacy sets is the X-1 Ninja Charger (71737) which has 599 pieces and retails for $49.99. It will be available starting on January 1 along the other Legacy sets. 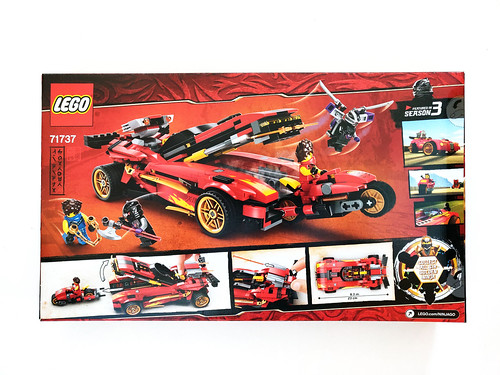 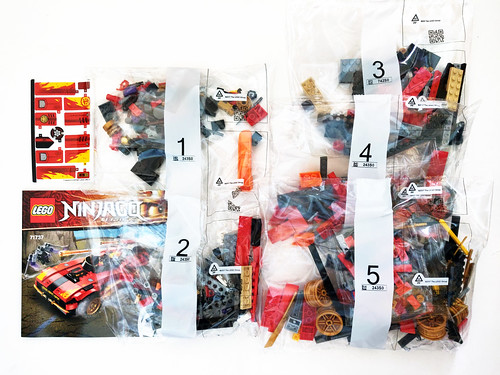 There are five minifigures in this set, Kai, Jay, Nindroid Warrior, Mindroid, and Golden Cole. Kai is in his red tournament outfit which is the same one as in the Tournament of Elements (71735). He has a double-sided head showing a smile one on side and a determined look on the other. His accessories are a pair of golden katanas. 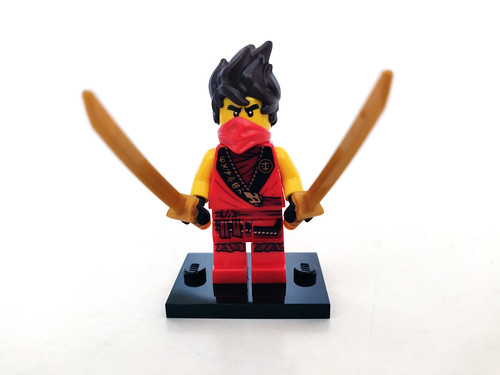 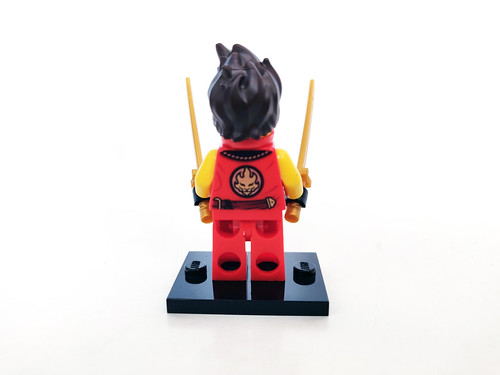 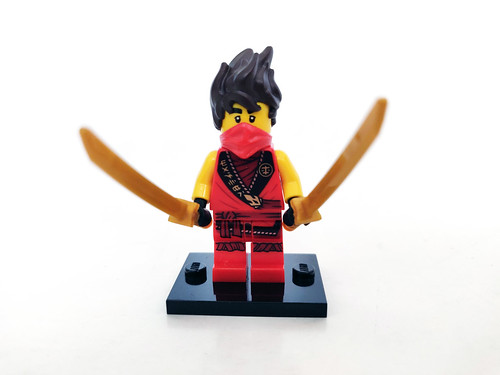 Jay also has on the same outfit as in the Tournament of Elements. The front of it shows the word MASTER in Ninjago language and the lightning element symbol on the back. His double-sided head shows a nervous smile on one side and a determined expression on the other. His accessory is a pair of nunchucks with a golden chain. 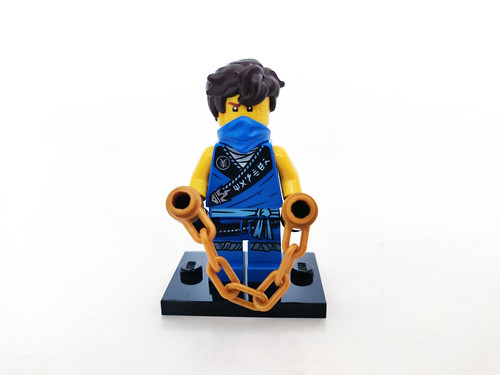 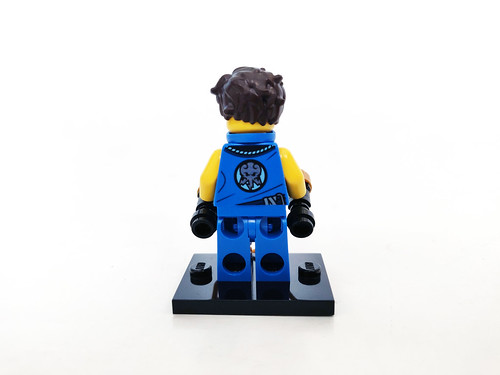 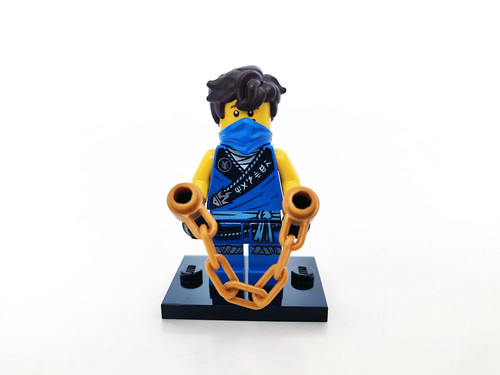 The Nindroid Warrior has a black and purple metal body that was seen in the show. It also wears a black harness that has the wing pack. It has some swords on the top and a sticker for the engine on the 2×2 round tile. The head is double-sided with the metal on the left on one side and the metal on the right side on the other. 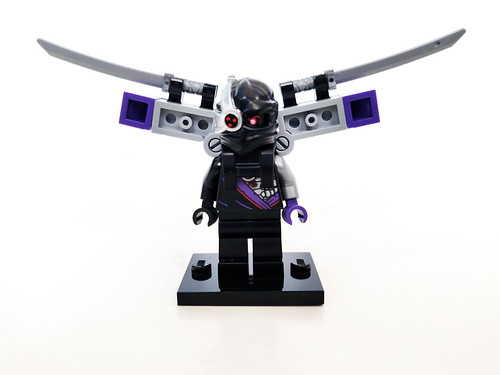 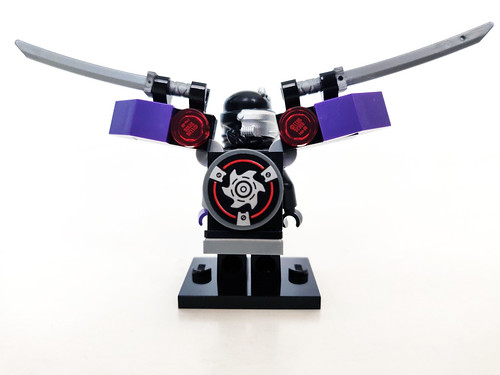 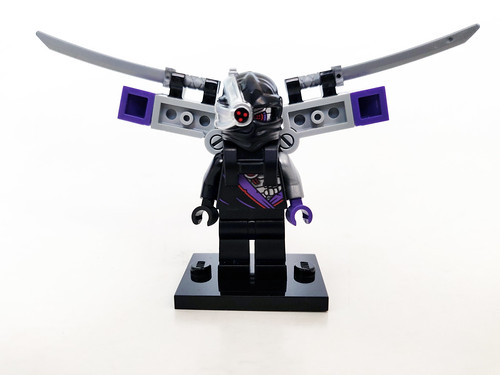 Next is the Mindroid who is pretty much the same as the warrior but with short legs. His accessory is an axe with a lightsaber handle. 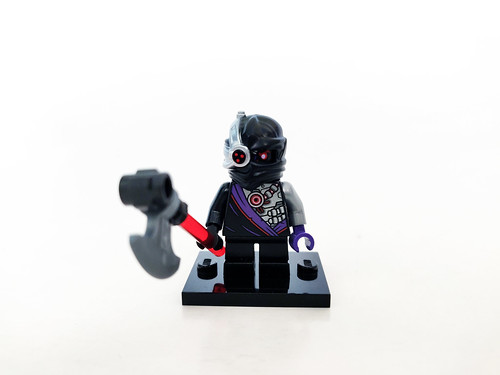 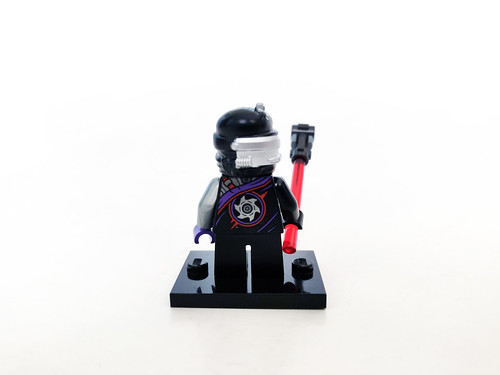 Lastly, we have Golden Cole. This Legacy minifigure is to celebrate the 10th anniversary of LEGO Ninjago which is stated by the included stands with the printed sign. Cole wears a gold outfit with some metallic accent printing on both sides of the torso as well as on the legs. The back also has the Ninjago C on the back. He has a double-sided head showing a nervous smile on one side and a determined look on the other. The mask is mostly gold with some black on the front. Cole also has a neck bracket that has a large pauldron over one shoulder. His accessory is his golden hammer. 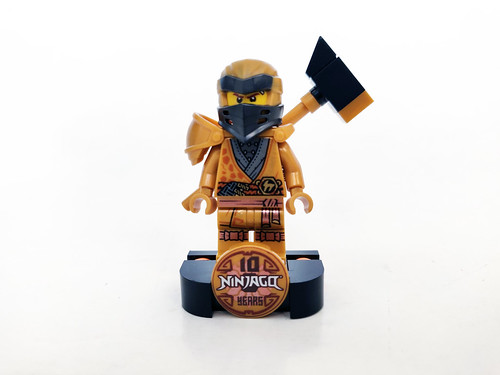 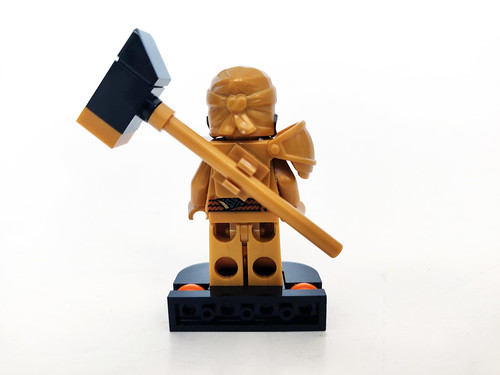 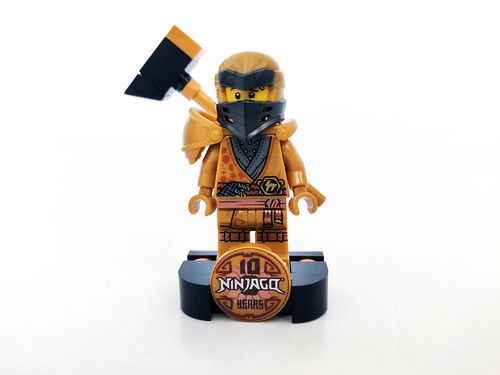 The only build in this set is the X-1 Ninja Charger. The first part of the build is the ninja motorcycle that goes in the middle of the Ninja Charger. It doesn’t have much going on but it does have some stickers for detailing including the Fire element symbol on the front. 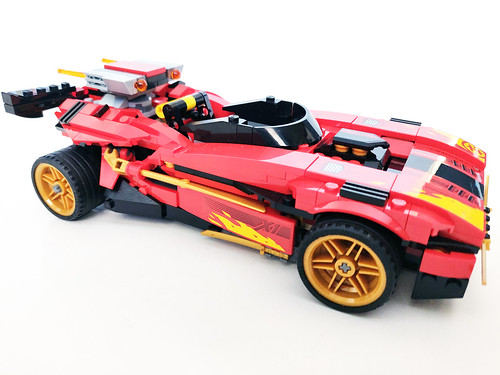 The X-1 Ninja Charger itself has an updated look for the original 70727 version. The front area has the engine popping up from the hood. The panels on the front are all plastered with stickers to make it not so bland including one that spells out CHARGER. 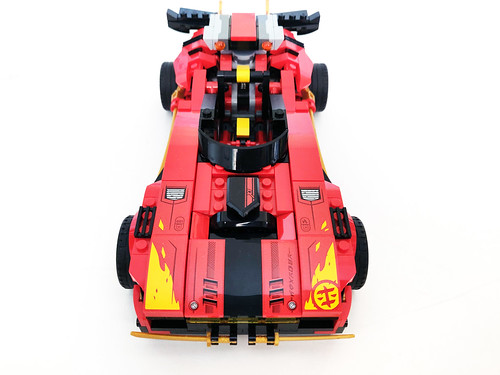 The side panels also have some flame decals alongside some swords which I think is a better upgrade than the old style. 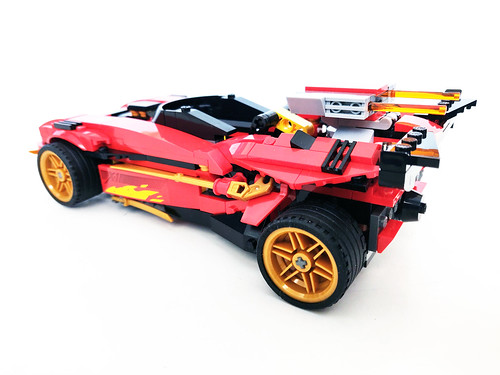 The back area has the most going with the side adjustable wings along with the spoiler on the back. There’s also the two spring-loaded missiles that is adjustable as well. 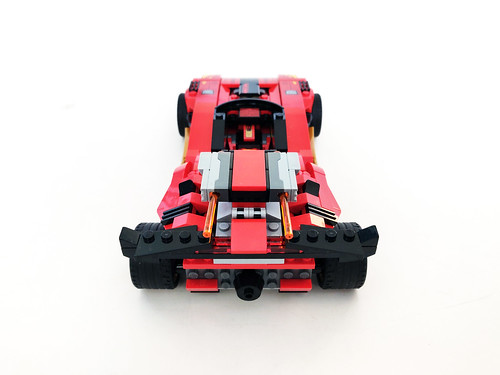 The main play feature of the X-1 Ninja Charger is the motorcycle launcher. It is centered right in the middle where the cockpit is at. The motorcycle is connected by plugging in the two pins on the back of the bike to the 1×1 brick with hole. To launcher the bike, you just have to pull down on the Technic mechanism top pop up the hood assembly and it’ll come out by itself. You can reset it by pushing the bike back in and locking the spring. 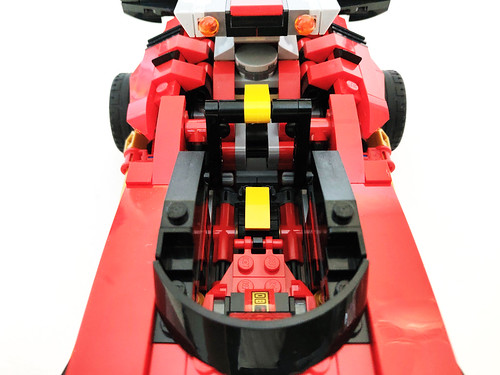 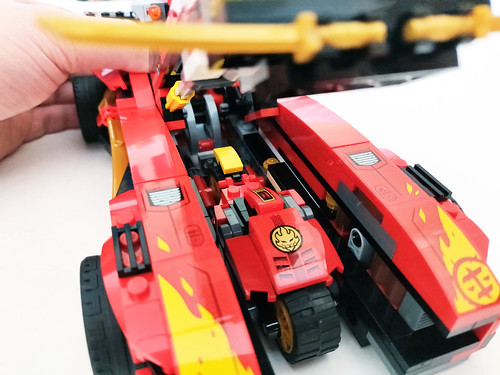 The LEGO Ninjago Legacy X-1 Ninja Charger (71737) is a decent set with most of the value going towards the minifigures. The only downside is that the minifigures are duplicates from other sets in this 2021 wave. The X-I Ninja Charger itself is a nice upgrade from the 2015 version with some good detailing all around. It doesn’t look as bulky now but instead has a more sleeker profile. 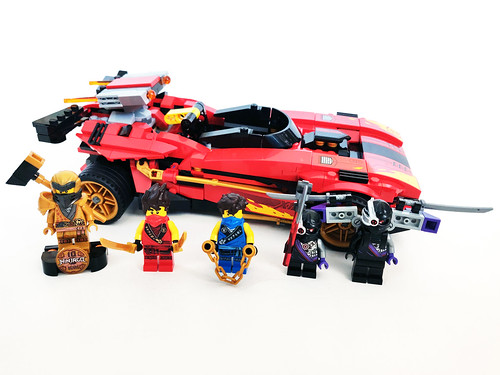