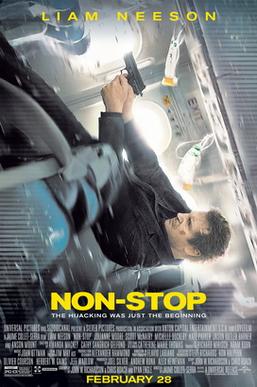 As we all know, guys over at Brotherhood Workshop makes some pretty awesome stop-motion videos. Recently, they have released a new video featuring a LEGO trailer of the movie Non-Stop starring Liam Neeson and Julianne Moore which hits theaters on February 28. Check out the trailer below as well as a split-screen version and a behind the scenes version.

Global action star Liam Neeson stars in Non-Stop, a suspense thriller played out at 40,000 feet in the air. During a transatlantic flight from New York City to London, U.S. Air Marshal Bill Marks (Neeson) receives a series of cryptic text messages demanding that he instruct the airline to transfer $150 million into an off-shore account. Until he secures the money, a passenger on his flight will be killed every 20 minutes.