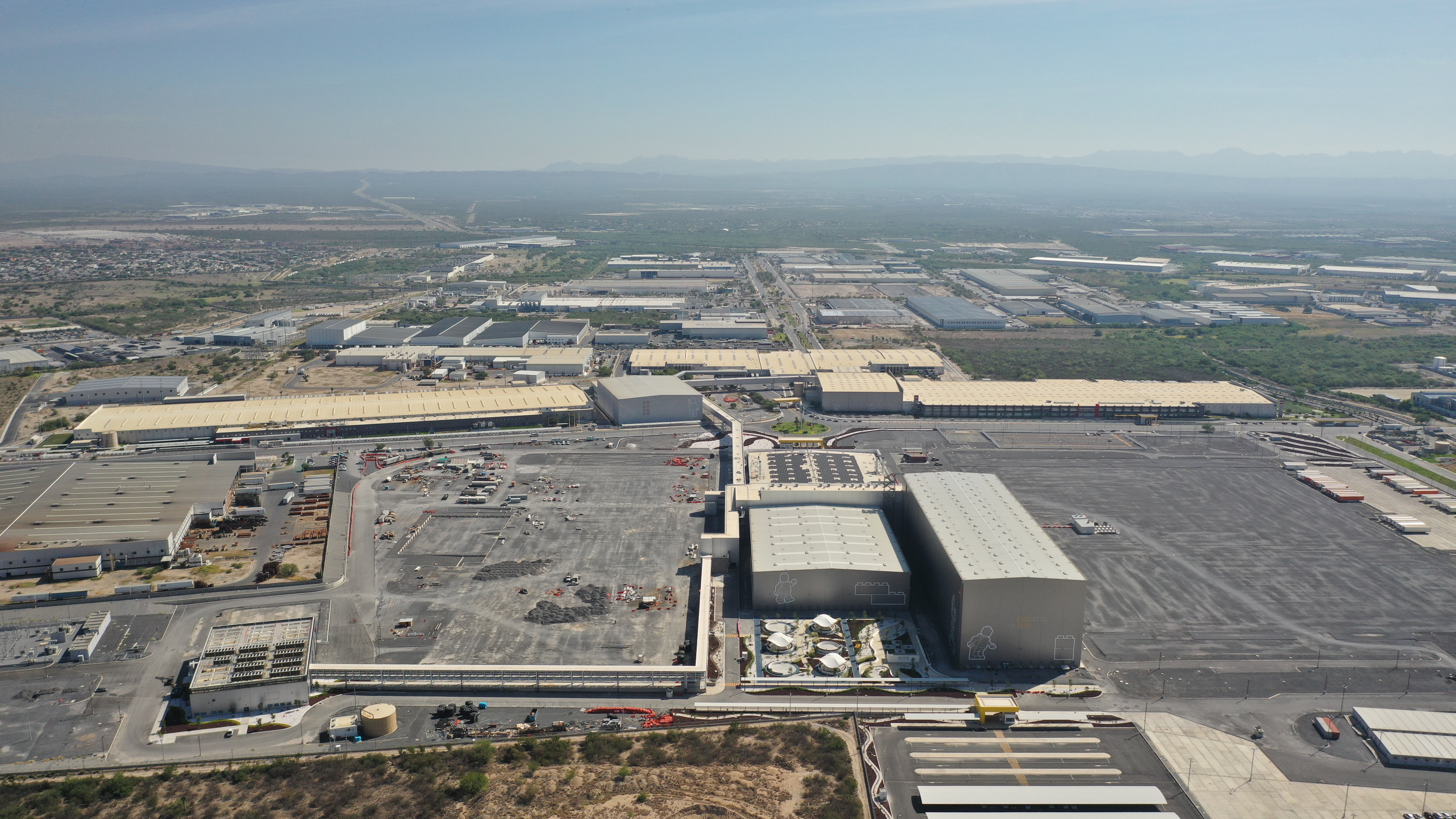 The LEGO Group has announced that have officially opened a 33,850 m² expansion at the Monterrey, Mexico factory. This is part of the $500 million investment for the location that will increase production capacity to meet growing demand in the Americas.

The expansion will includes new molding building which is set to open in 20204 and will have a 50% increase in production capacity. As a result, this will add another 1,000 jobs to the site as well. The investment is on top of the $1 billion that was put into the new factory in Virginia which was announced a few months ago.

The LEGO Group invests in the expansion of factory in Monterrey, Mexico

Monterrey, Mexico – August 5, 2022: The LEGO Group today officially opened a 33,850 m² expansion at its factory in Monterrey, part of a $US500 million investment in the site which will increase production capacity to meet growing, long-term demand in the Americas region and globally.

The expansion includes a fully automated high-bay warehouse and a building dedicated to assembling and decorating LEGO products which was completed 2022 The multi-year investment will also include a new moulding building which is set to open in late 2024 and will contribute to a 50% increase in production capacity.

An extra 1,000 jobs will be created to support the expanded site, taking the total number of employees to more than 6,000 by the end of next year.

Senior Vice President, Americas Manufacturing, Nancy Sanchez said: “Today marks an exciting milestone for our factory in Nuevo Leon; we are the largest LEGO manufacturing facility in the world. Since opening in 2008 we have benefited from great support in Nuevo Leon. We have amazing colleagues, a great pool of talent to recruit from thanks to a strong labor market and education system, and a positive operating environment. Combined this has given us confidence to continue to invest in the site to support growth in the region.”

When the LEGO Group began manufacturing products in Monterrey 15 years ago, it had one building, five packing lines and 178 colleagues. Sustained investment in the site now means that following the latest expansion it six buildings, 100 packing lines, 769 moulding machines and directly employs 5,000 people directly, while indirectly supporting hundreds of local businesses and suppliers. The new site will be connected to existing buildings via a 600 meter conveyor belt.

The expansion in Monterrey is in addition to a USD1 billion investment in a new manufacturing site in Virginia, USA announced in June 2022. The company is investing to expand its global manufacturing network and locate factories close to its major markets. The LEGO Group currently has five manufacturing sites in three continents and by the end of 2025 it will have expanded to seven: Monterrey, Mexico; Billund, Denmark; Kladno, Czech Republic; Nyíregyháza, Hungary; and Jiaxing, China along with two new sites: Vietnam and Virginia, USA.

As part of its commitment to the region, the LEGO Group is also active in the local community in Nuevo Leon. During the past seven years it has reached more than a half of million kids of the area and thousands of volunteer hours to support families and children in need as well as initiatives promote learning through play. The company currently supports organisations such as Save the Children and Fondo Unido-United Way who work with the region’s most vulnerable children.