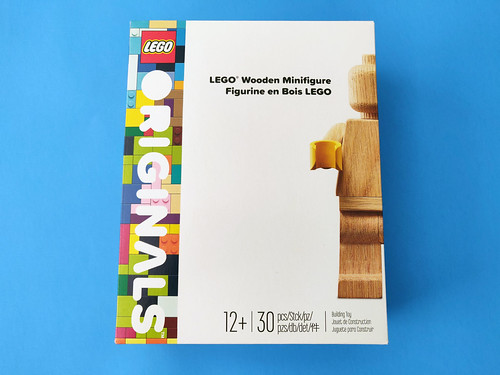 It’s been a couple of decades since LEGO sold wooden toys but in a surprise announcement earlier this month, LEGO is now going back to its roots by releasing the LEGO Originals Wooden Minifigure (853967). It retails for $119.99 and the figure is made out of oak and also includes plastic hands.

When I received the box from [email protected], I was surprised to see that it was not sealed at all which is nice for collectors who want to open up their minifigure and display it without being scared of destroying the box. 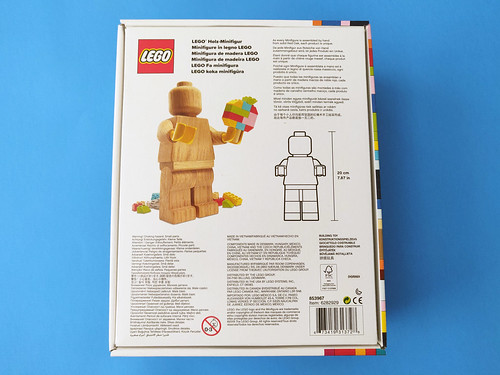 The figure is tied to the printed insert and also included is a polybag with some bricks and a small booklet. 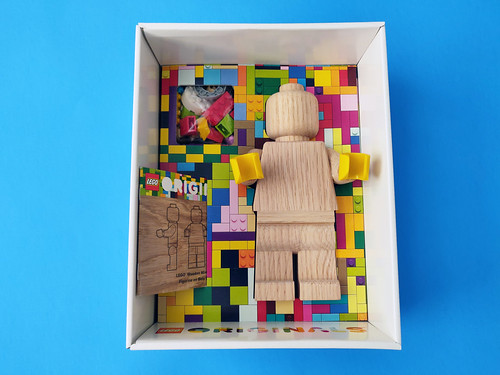 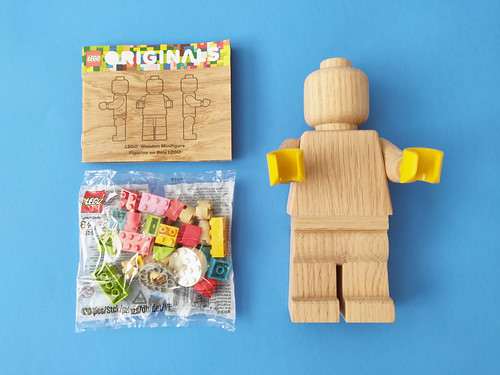 The booklet is filled with some information about the history of LEGO and some of their previous wooden toys. There’s also some inspirational ideas on how to customize the figure. At the end, there are some ideas on how to use the included bricks for the figure to hold. 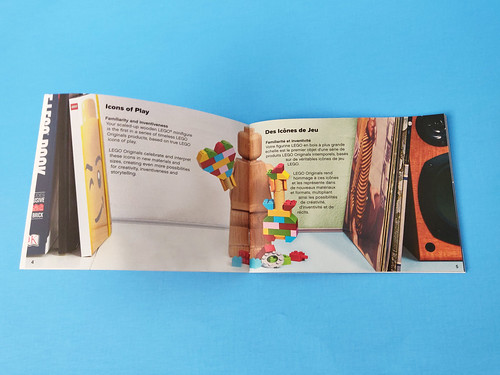 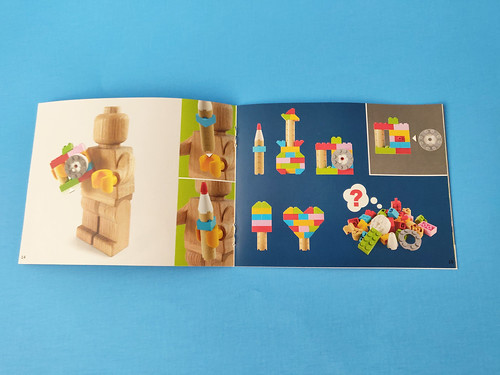 As for the wooden minifigure itself, it’s actually a little larger than what I expected. You can see from the image below of a comparison next to your standard minifigure. The wood used seems to be pretty high quality and sturdy. 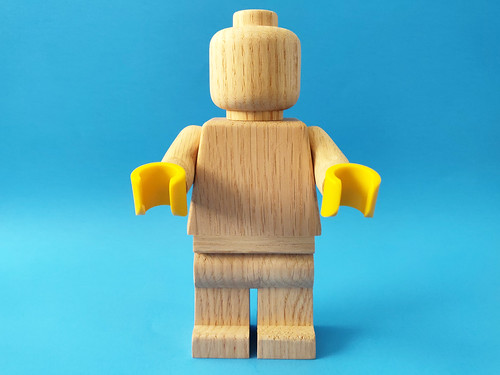 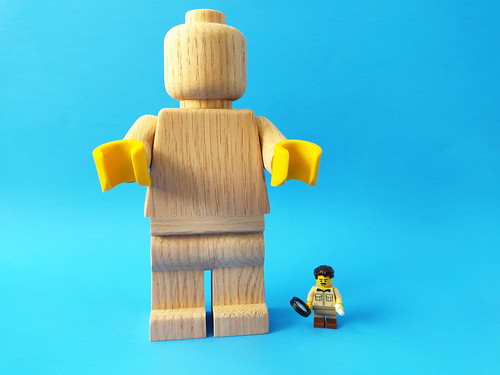 The head has the word LEGO laser engraved on top. 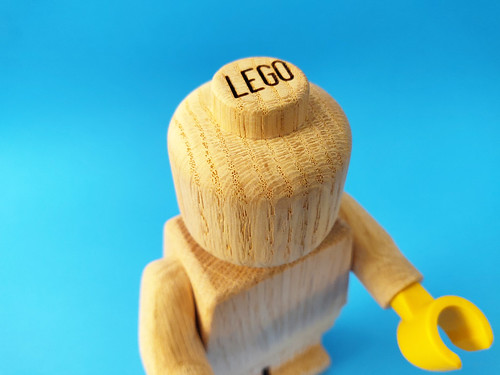 There is no articulation beside the swivel on the wrists. I would have preferred swivel on the arms as well instead of it having its arms sticking out like that.

The legs are also accurate to a minifigure with four holes in the back however there are none at the bottom of the feet. You only get some LEGO legalese showing that it is made in Vietnam. 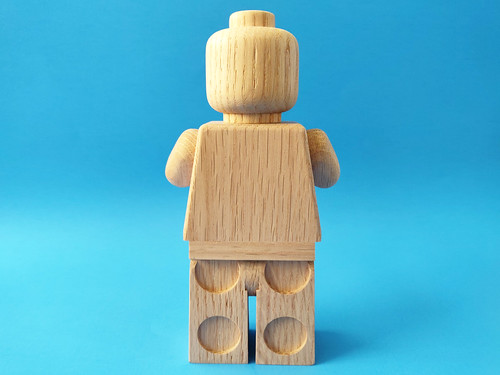 The included bricks have their own polybag which is numbered 11926 and they aren’t too special or rare. What’s a bummer is that the polybag is nonsealable so you’ll have to break into it to use the parts. I suggest just using your own parts since there is nothing rare about them. Here are some of the builds the booklet shows us that you have have the figure hold. Note that there’s no actual clutch so you’ll need to have bricks on top of the hand to have the build not fall out. 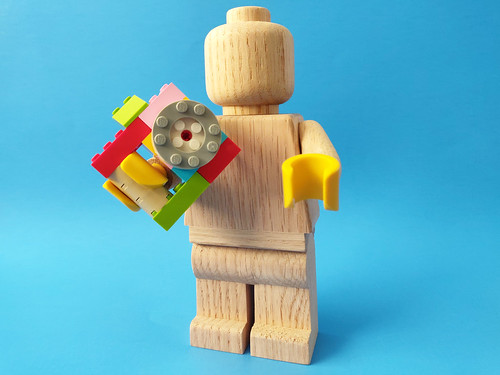 Overall, the LEGO Originals Wooden Minifigure (853967) is a very high quality collectible that won’t appeal to everyone especially due to its high price point. For those who are fans of LEGO and its history and can afford it, it may be worth picking up. As far as customizing it, that is totally up to you. For me personally, I won’t be doing anything to it and will be leaving it in its original state as I’m not really a fan of altering it. 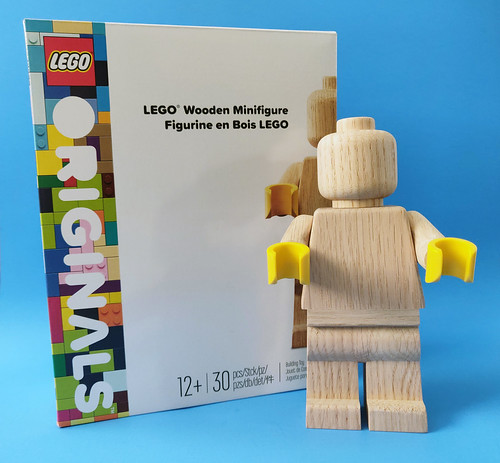