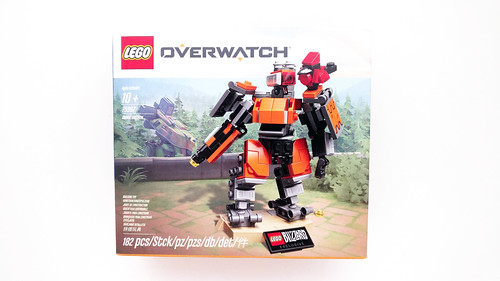 A short while ago, Blizzard revealed the first official LEGO Overwatch set with the Omnic Bastion (75987). It is a Blizzard exclusive that will also be available at Blizzcon 2018 next month but you can now purchase it online at the Blizzard Gear Store. The set has 182 pieces and retails for $25 because it is exclusive to their store and probably won’t be available along with the upcoming full LEGO Overwatch launch.

Both sides of the box features Omnic Bastion in his full glory and the back of the box denotes the set as a Blizzard exclusive. I do wish that Blizzard/LEGO used an exclusive sticker on front of the box like what they do with their other products. 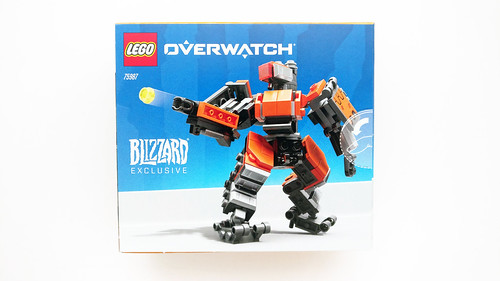 The box is perforated and not taped which seems like the norm now from what I’ve been seeing with the smaller sets. The contents of the box include three unnumbered bags, the instruction booklet, and a small sticker sheet. 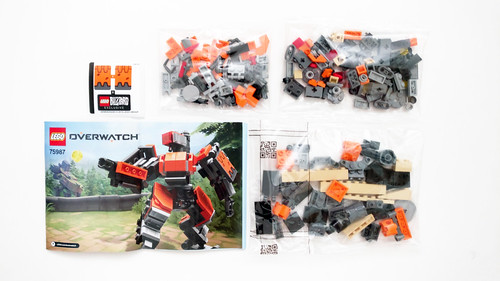 Bastion is a very straight-forward build. You first start by building the body and the head. The head is on a ball joint so it has a good amount of rotation. 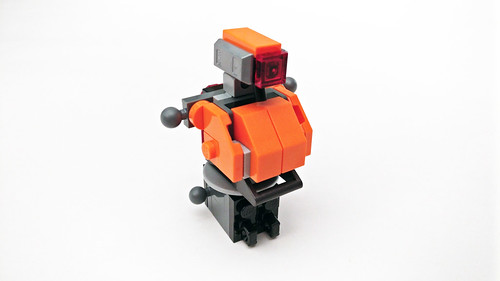 The body is able to spin a full 360 degrees as it sits on a disc. I think this was the best choice for Bastion as it has a smooth transformation in the game. The right arm is outfitted with a submachine gun that is represented by a stud-shooter. The other is just his regular hand. At the shoulders, there are a couple of panels that are decorated with some stickers. 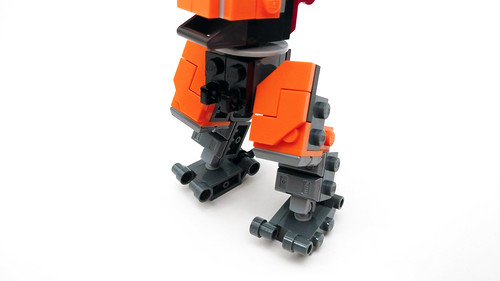 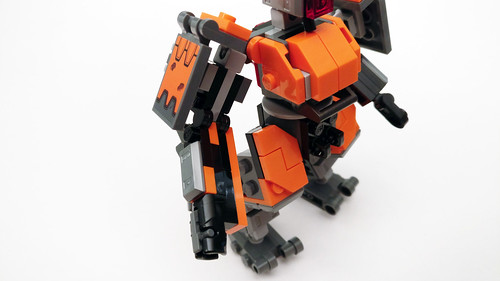 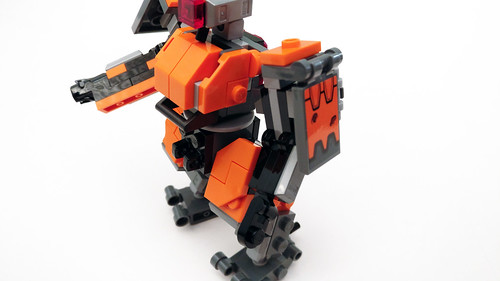 The back of Bastion has a large gatling gun for its Sentry mode that is on a hinge. The gun itself makes use of a barrel piece and the whole thing is attached to a new 2×3 plate which is only found a a couple of the new Ninjago sets and the UCS Hulkbuster. 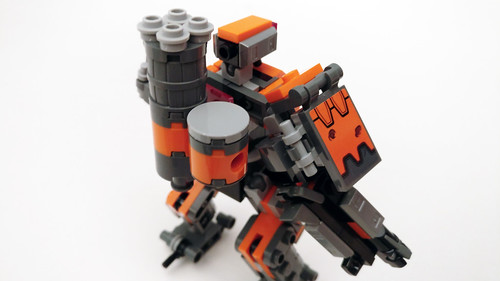 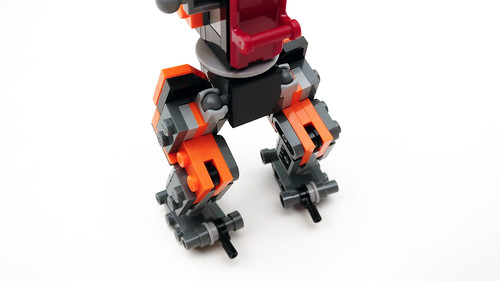 Speaking of the stand, it is mostly tan with a couple of 1×2 bricks with axle holes to attach Bastion to. The front of it has a 2×4 black tile for the Blizzard exclusive sticker. 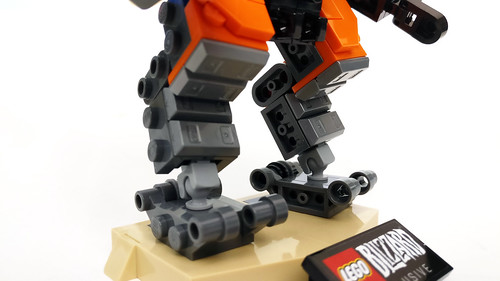 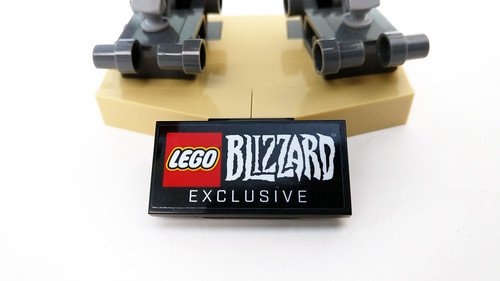 Lastly we have Bastion’s bird companion Ganymede. For the Omnic Crisis skin, Ganymede also changes skin and it is a red cardinal. It is able to sit on Bastion’s shoulders on the orange jumper plates. 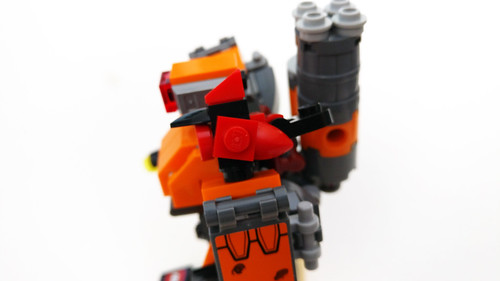 Overall Bastion is a decent representation to his look in the game. The Omnic Crisis was an important event in Overwatch lore so I can see why LEGO and Blizzard used this particular skin for this set. Obviously you can change the colors and parts to the skin of your liking. I’m actually more partial to the Stealth skin myself. 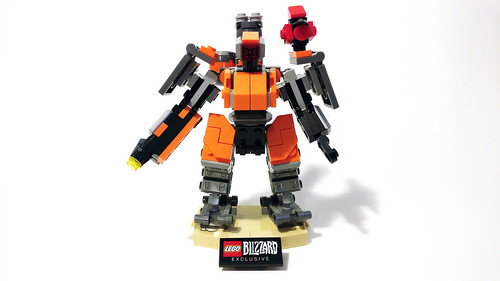 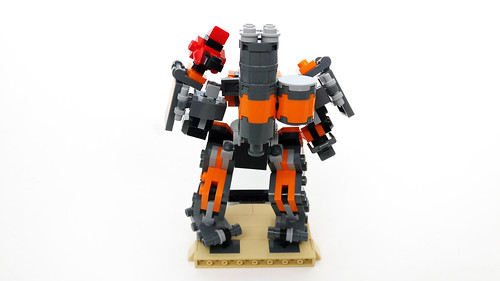 The build itself is pretty easy and the posability of it is actually not too bad. The only thing that I wish LEGO had done was make it transform to its Sentry mode. You can kind to transform it somewhat by just moving the joints into place but without taking pieces off the build, you won’t be able to do it. In reality, it looks like a jumbled mess. 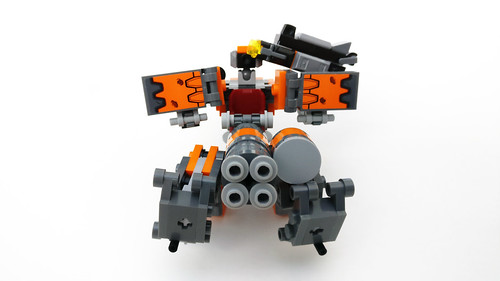 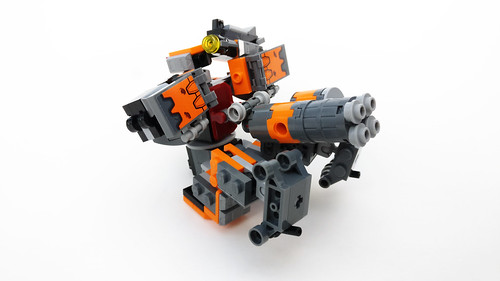 The addition of Ganymede wasn’t needed but it was a nice touch considering that it played a crucial part in Bastion’s short, The Last Bastion. The stand is also a nice addition and together with Bastion itself, it makes a nice display piece. 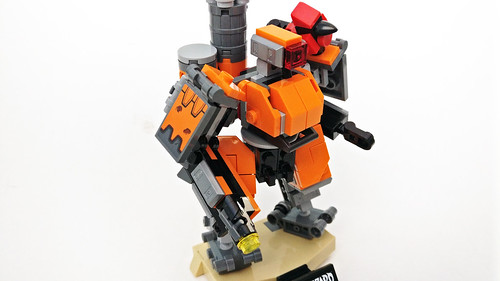 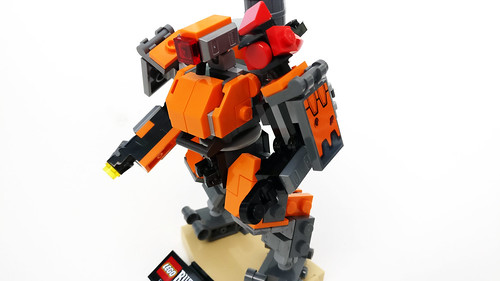 One that may deter fans from picking up this set is the $25 price tag. It is a bit pricey for what you get but it is a Blizzard exclusive and they usually charge a little more for their products. Again, the LEGO Overwatch Omnic Bastion (75987) most likely will not be available at mass retailers so if you want this set, you’ll have to order it through the Blizzard Gear Store.

After seeing this set, I’m now even more excited to see what LEGO and Blizzard has in store for the upcoming sets. We’ve already had a number of teasers of which characters we will be getting including Widowmaker, Reinhardt, Genji, Soldier 76, Mercy, McCree, Winston, and Tracer. 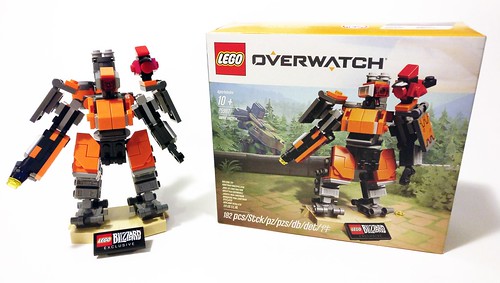