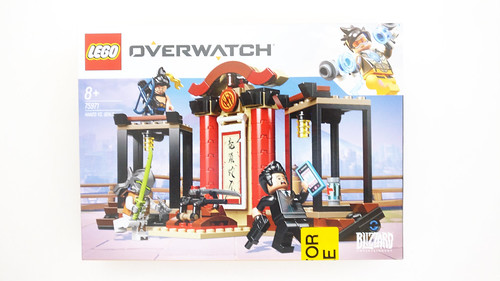 The next set I’ll be taking a look at for the LEGO Overwatch sets is Hanzo vs. Genji (75971). The set takes place in Hanamura in the Dragons animated short and it contains 197 pieces while retailing for $19.99. The contents of the box include four unnumbered bags, a small sticker sheet, and the instructions. 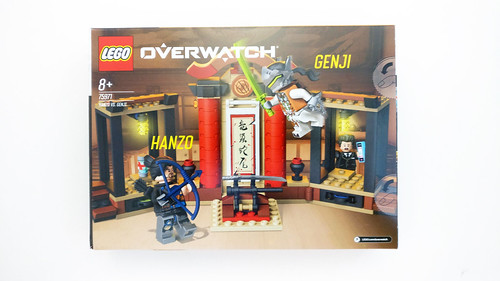 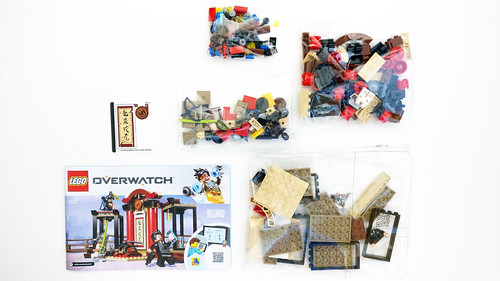 Hanzo Shimada wears a black kyudo-gi with some blue wrapping that leaves the left side of his body exposed. There’s also some printing of his pouch on the torso and sake bottle on the legs. He also has a normal quiver on his back. The facial printing shows him with a stern look with a goatee. The hairpiece is a ponytail with a pearl-gold bandana that attaches to the hair. His accessory is the Storm Bow that is in a dark blue color. 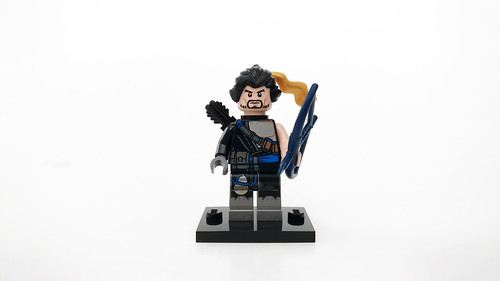 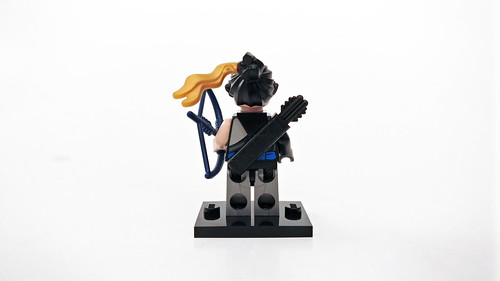 Genji was also part of the Shimada ninja clan and his battle with Hanzo resulted in him having a cybernetic body through Overwatch. The color scheme is a combination of tan and white with some metallic silver on the armor. The head is a blank gray and his helmet goes on it. Like Hanzo, Genji also has a bandana which attaches to the back of the helmet. His accessories include some shurikens as well as his sword, Ryū Ichimonji. 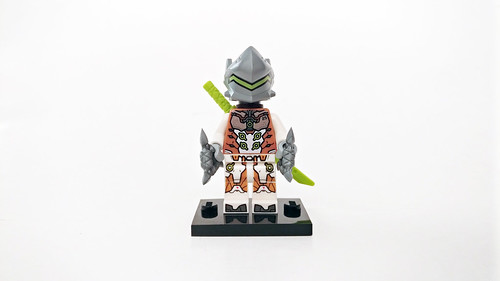 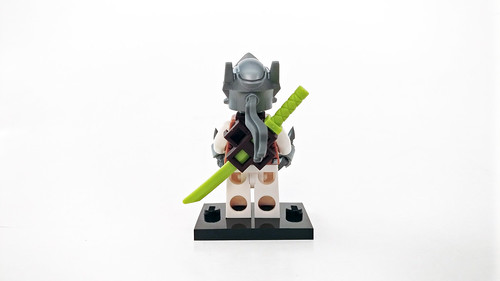 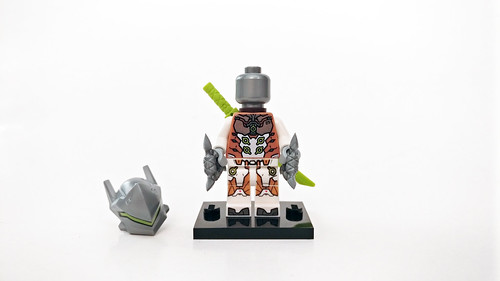 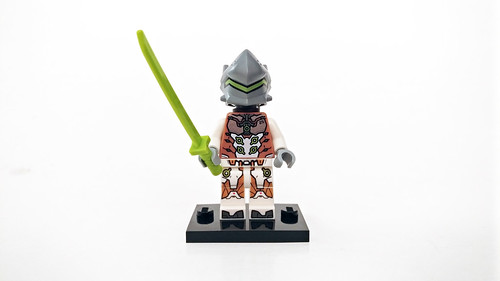 The last minifigure in this set is the Shimada henchman. He’s in a black suit with a scared expression. His accessories include a printed 1×2 cell phone tile and a gun. 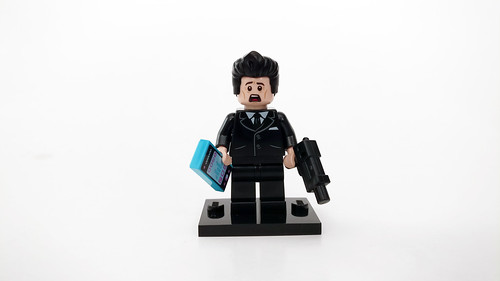 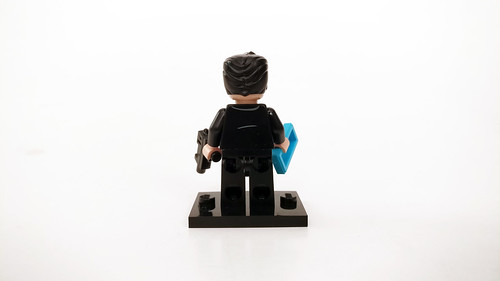 The build takes place inside the dojo on Hanamura. The middle section has two red columns with a stickered scroll that translates to “Dragon Head Snake Tail.” Above the banner is another sticker of a slashed dragon symbol. 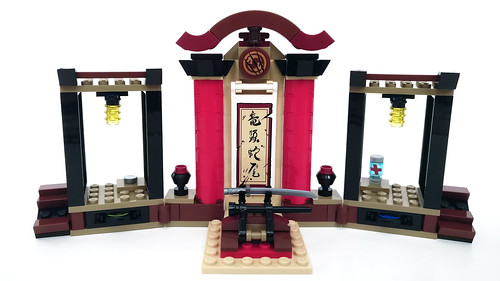 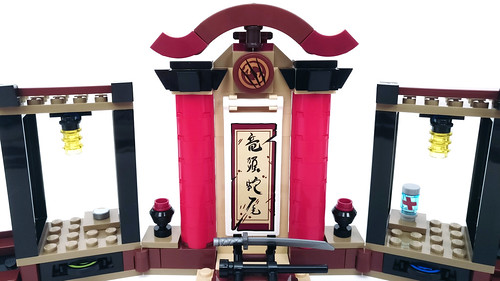 In front of the banner, there’s an alter with a silver katana and a black flagpole for the sheath. The urns on the sides makes use of BB-9E’s head but now in plain black. 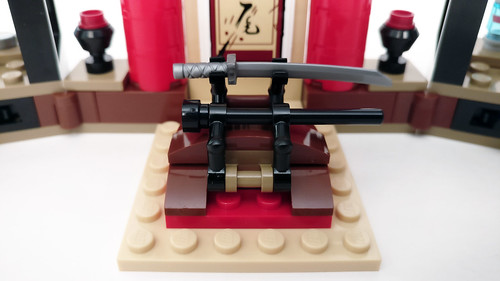 The left side is connected to the middle using hinges. There’s a lantern that hangs on top and the floor has a printed 1×1 Overwatch symbol. The disk launcher on this side shoots out Genji’s green spirit dragon. 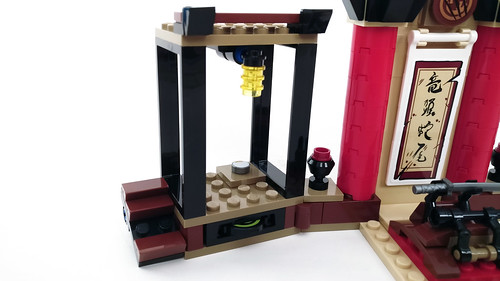 The right side is similar to the left except that it has a health pack, mostly for Genji. There’s also another disk shooter that shoots out Hanzo’s blue spirit dragon. 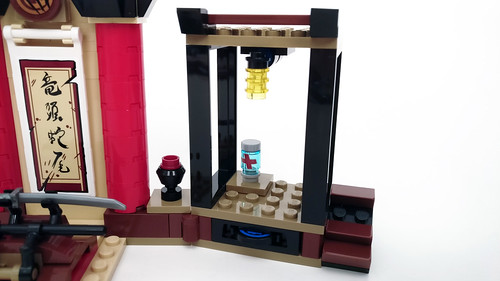 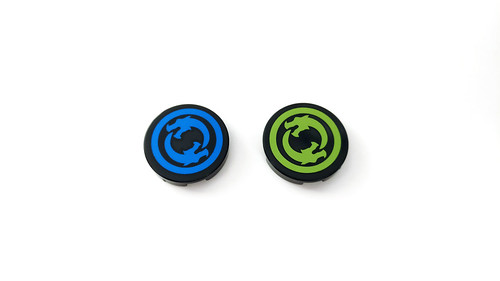 Overall the LEGO Overwatch Hanzo vs. Genji (75971) is a good smaller sized set with some great looking minifigures. The build is nothing too spectacular but it does have some nice details in the middle. With three minifigures and 197 pieces, I feel that the $19.99 price point is sufficient although I would hold off until there’s a sale on it. 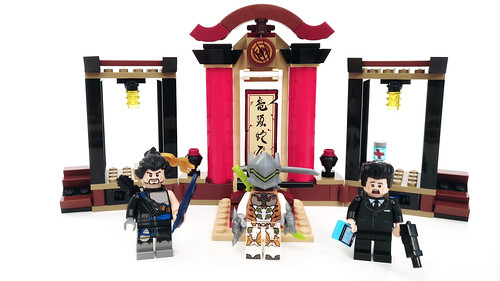